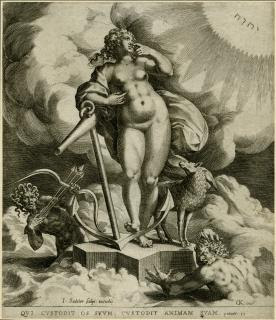 There are two COGH designs for Hope. Much is written about the first -- the triangles beginning in 1853 and their many forgeries.  I’ll mention only that the blue 4d in the upper right corner of page 1 (or page 1a) does not have a printing anomaly in its lower left corner L. It’s an amateurish repair that I didn’t see until I looked at the scans close up.

For the second design, Hope modestly covers her left breast and shifts position on the anchor. Still seated, she rests against two triangles reminiscent of COGH’s first stamps. A sheep joins her, a common attribute in hope allegories, and a grape vine has sprouted. Cape viticulture originated in the 17th century; spice-trade sailors used white wine for scurvy prophylaxis and, no doubt, other purposes.

Then, in the 1896-02 series, Hope stands up as if going somewhere with her new hairdo. She bids farewell in front of Table Mountain; both grapevine and sheep have already departed. After 1902, she’s gone. In the following Edwardian series, “hope” is just a word.

Interesting cancels abound, not only from Cape Town and Port Elizabeth, but also small settlements such as Barkly East. A predominantly Xhosa settlement near Basutoland, it’s in a mountainous sheep farming and trout fishing region. (See periodical wrapper, supplement page 1). Boer War covers are sought after; one of mine is franked with a Natal stamp.

Jim's Observations
There are  two cautionary tales I will mention here in placing the Colony's stamps in Big Blue's Album.

Be aware that the A13 design Scott 57 2 1/2 ultramarine is placed in the 1896-98 "Hope" Seated row with all the differently A6 designed stamps. (See Page 1b.) Big Blue gives no indication that one should do that.
The second cautionary tale is from personal experience. I was ready to put - what looked like to me a nice Scott 45 chocolate brown  2p - in the 1896-98 "Hope" Seated row.  I noticed it should have a watermark 16- an "anchor" (which by the way is quite easy to see with the Cape stamps usually-just turn the stamp over on a dark background). Image my surprise when it was watermark 2 - the Crown and C A. So this stamp is a 1882 Scott 35 2p "bister"! Probably a 35a color variation- "deep bister". I've lost some confidence in my ability to categorize by color. So even though Big Blue does not require- or even encourage-watermarking; it's a very good idea! 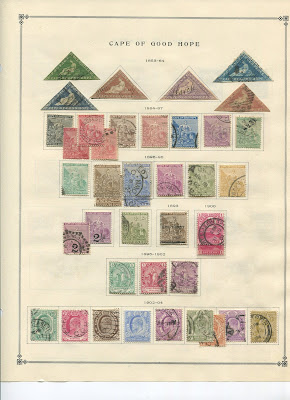 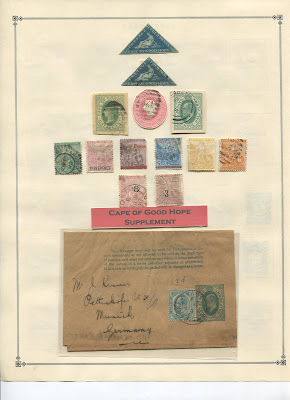 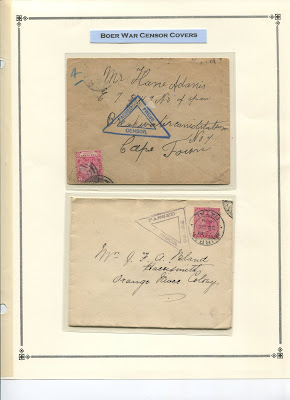