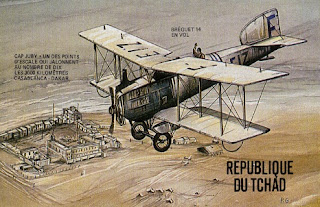 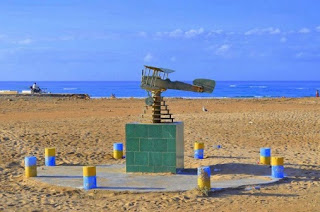 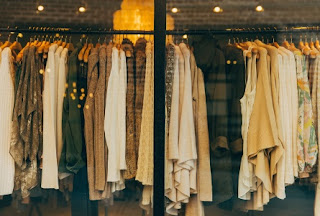 All Cape Juby stamps are provisional overprints of other nations’stamps. Some are hard to find, and expensive, too, even when the CV is low.  Most feeder albums have only a few or none at all. Cape Juby was one of the last four countries completed in my BB: even now it would have gaps had I not tracked down the last fugitives at a Spanish online auction.

Why so difficult? US collectors in the last century apparently had little interest in small, short-lived Spanish colonies. The same can be said of some Italian and Portuguese colonies.

Moreover, there are far fewer cancelled stamps than mint from these countries, and such cancels as are offered on auction sites tend to be suspect. Cape Juby likely never had more than 10,000 inhabitants and, apparently, they didn’t post many letters.

Jim's Observations
This obscure territory has yielded two expensive stamps for Big Blue. Forced by a blank space choice, the first expensive stamp is a 1934 overprinted Spanish Morocco Scott 50 1p yellow green for $50+. (Bud elected to put in the Scott 49 50c red orange @ CV $80 - see Page 1c.)
The Scott 1947 catalogue values Scott 50 @ $1; which is about $10 today based on inflation rates. So clearly, the stamp price has increased much more.
The second expensive entry is a 1935 overprinted Spanish Morocco stamp, Scott 57 25c crimson, for $130/$100 mint or used respectively! (Bud's example is a specimen stamp ("Muestra" overprint) -see Page 2a.)

The 1947 catalogue values this @ 75 cents, or ~$7.50 in today's prices.
Again, a large increase above inflation. But since only 40% of the spaces in my virtual Big Blue presently have Cape Juby stamps, it will be awhile before I  need them. 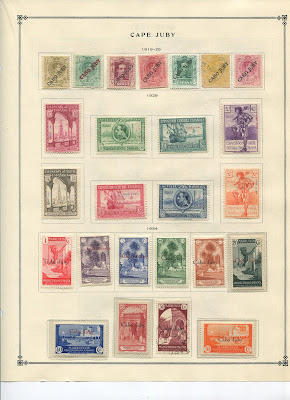 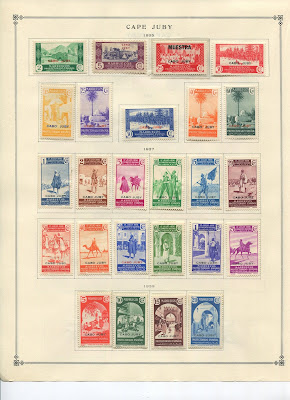 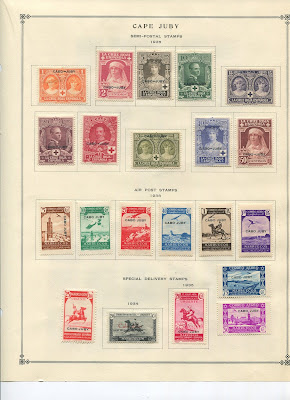 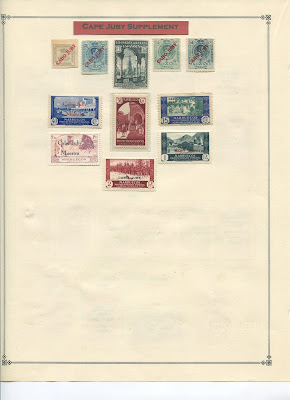