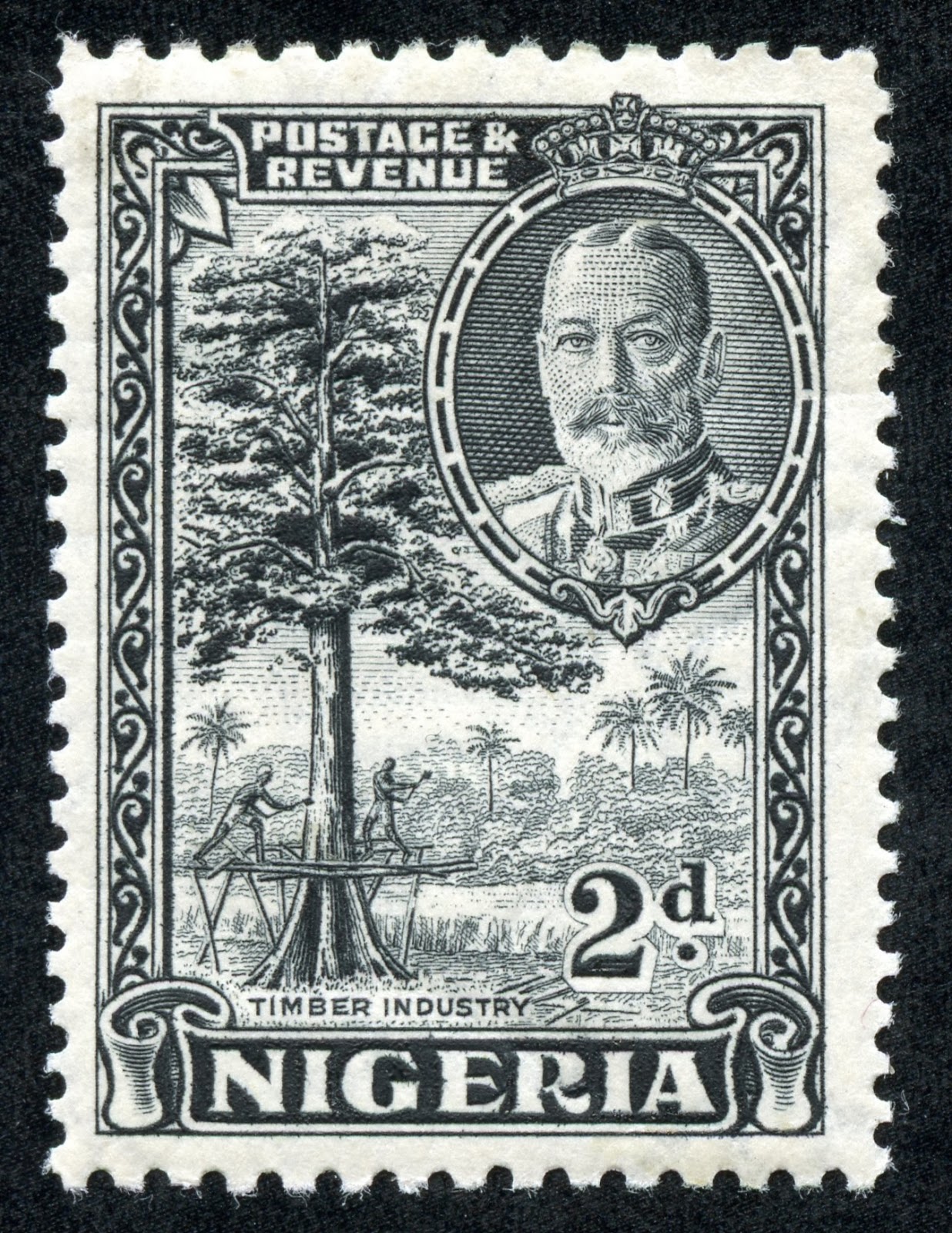 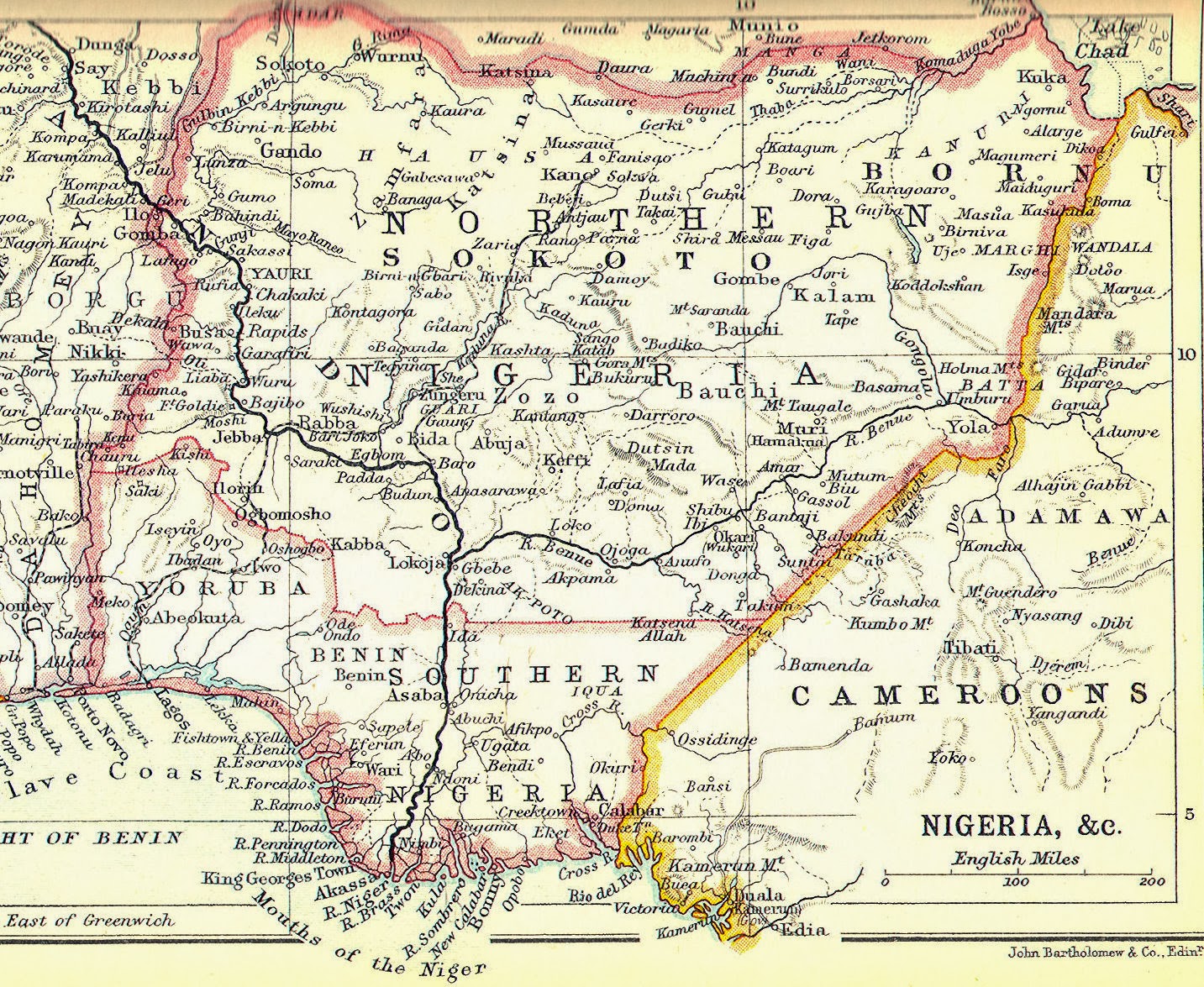 Nigeria 1914- the Northern and Southern Portions
The reality was that the north and south were still only loosely affiliated.  The north, with its Islamic culture, was governed through Emirs, and Christian missionaries were banned. Hausa was recognized as an official language in the north. In the south, Christianity and western education were more prominent.

In 1920, a portion of German Cameroon was mandated to Britain. and was absorbed into Nigeria.

Huge oil reserves were discovered in the mid 1950s.

Nigeria became independent in 1960, although the country is still a member of the Commonwealth of Nations. 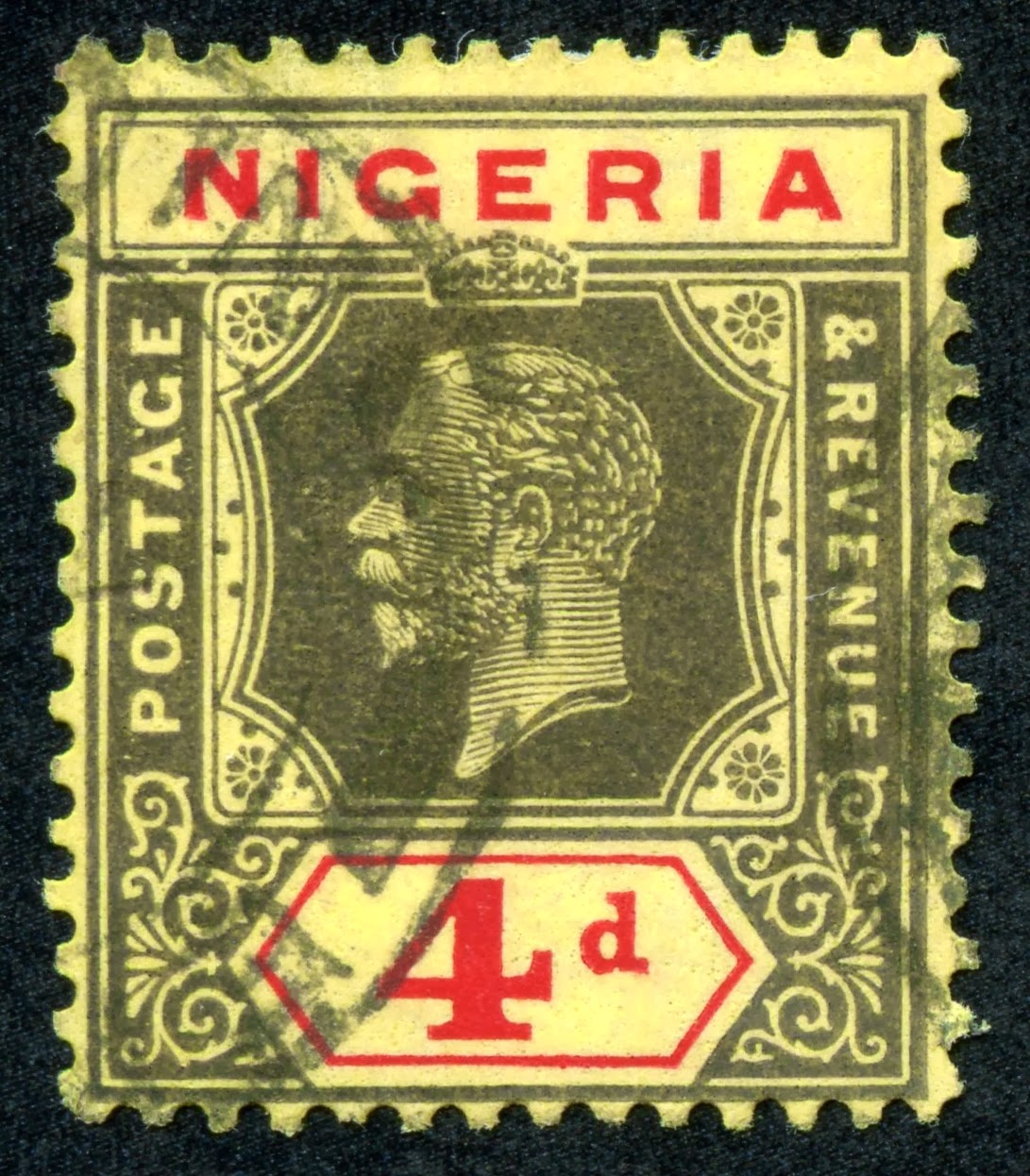 BTW, I found a nice blog about Nigerian Stamps and Postal History. Check it out! 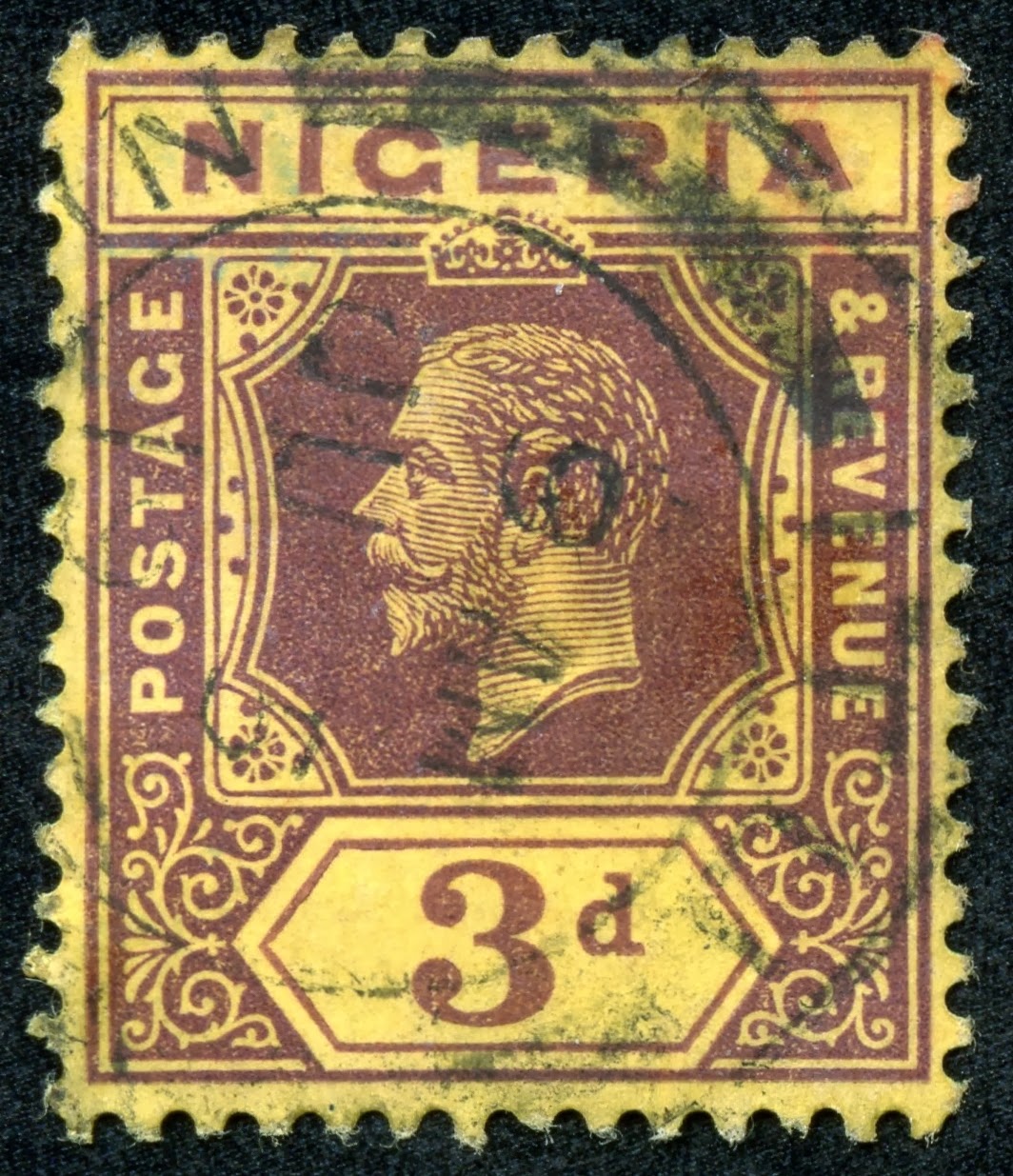 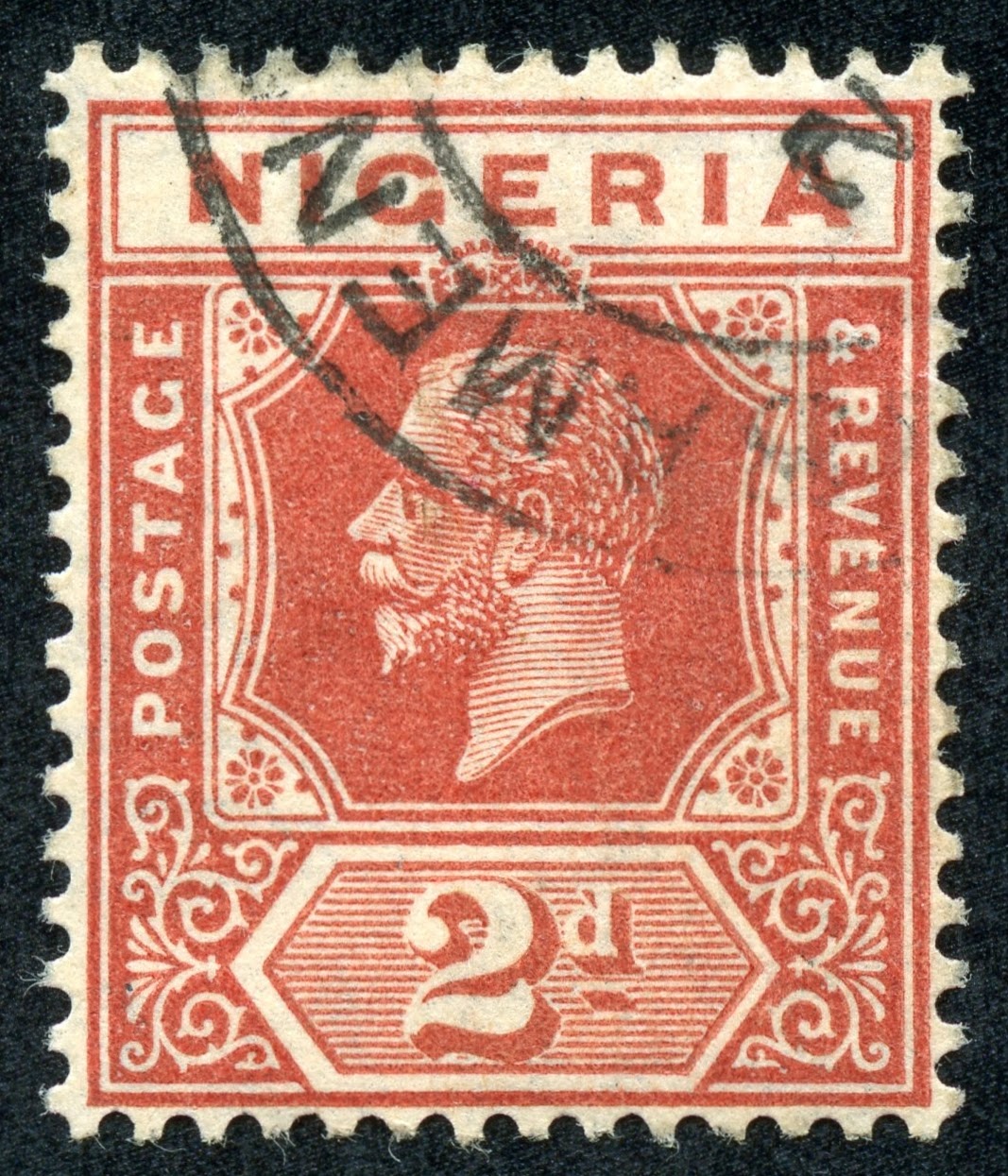 If one needs a refresher on Wmk 3/ Wmk 4 detection, check the Gibraltar post. 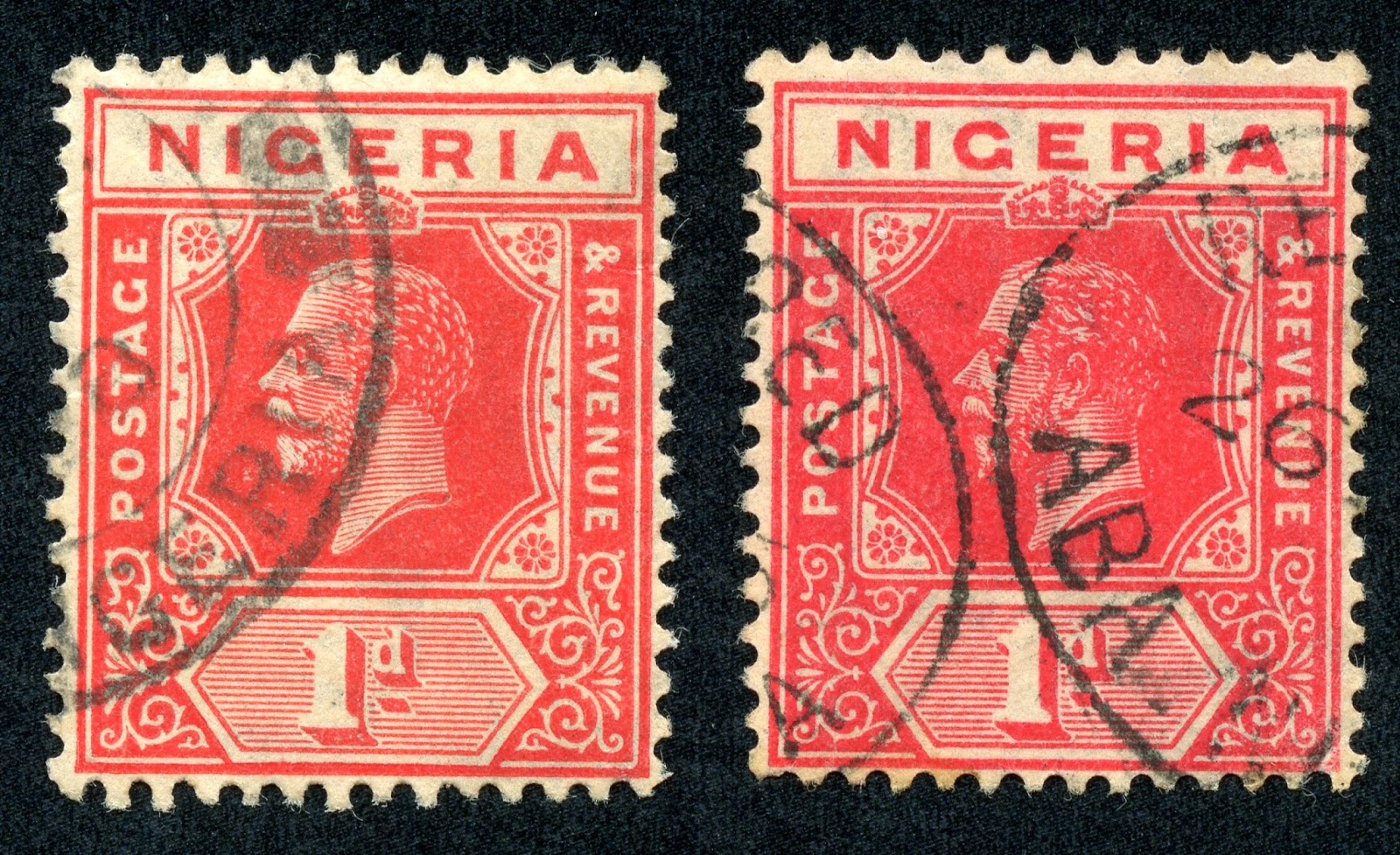 For a review of Die I/Die II differences, see the Gold Coast post. 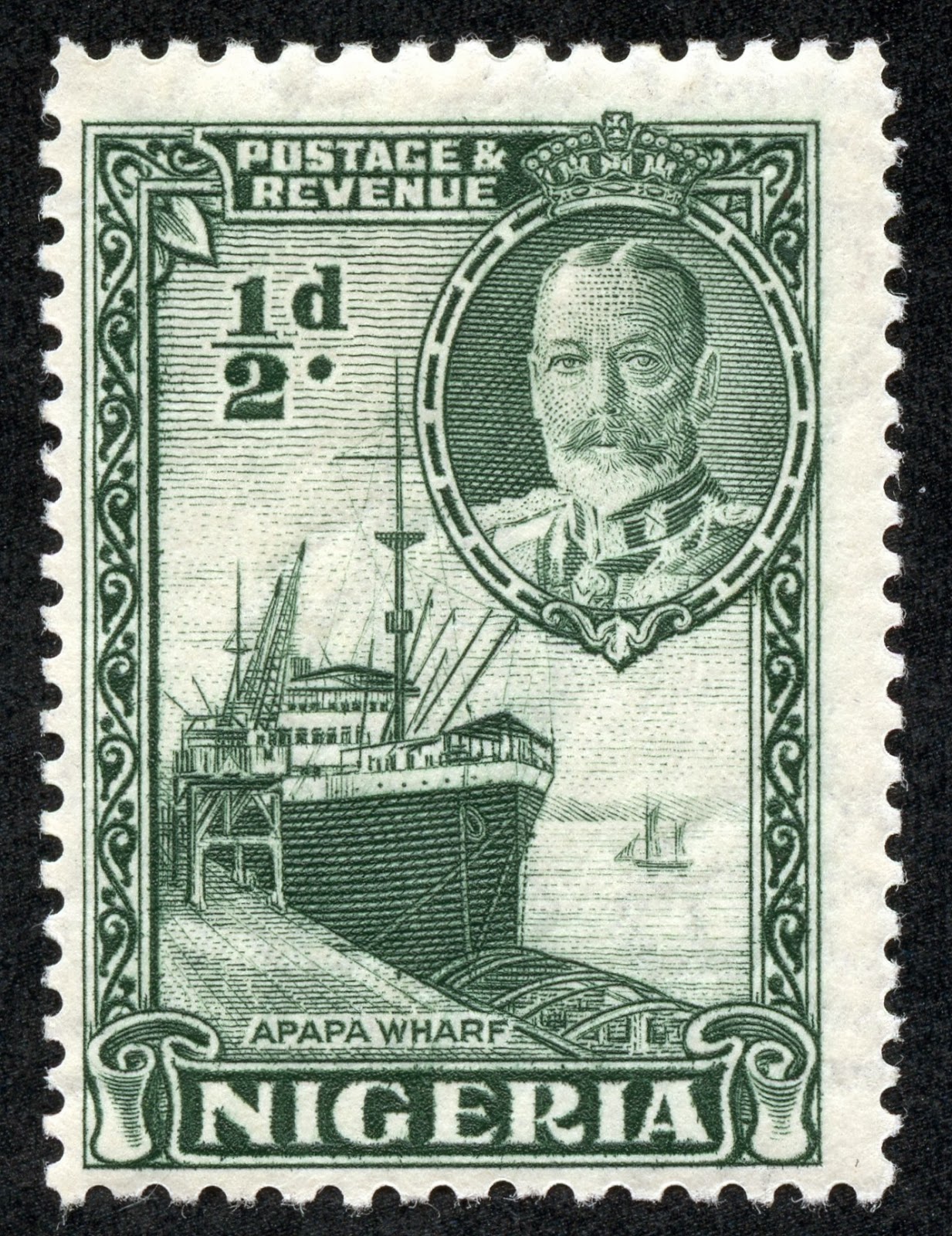 Of interest, the issue was released February 1, 1936, but George V was no longer alive.

Apapa is the major port for Lagos. 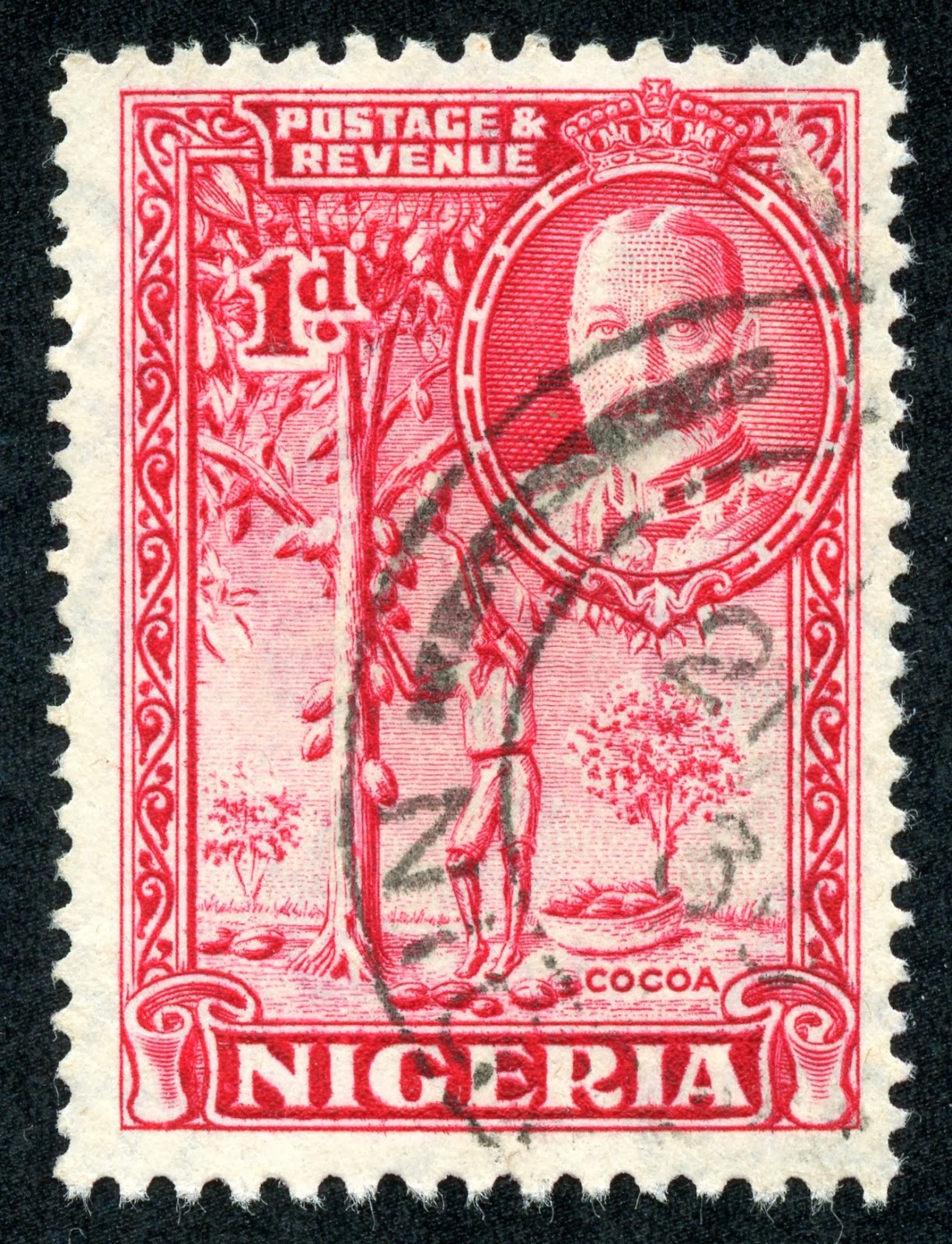 1936 Scott 39 1p rose carmine
"Picking Cacao Pods"
Before Independence, cocoa was the most important earnings export. Even today, Nigeria is the fourth largest producer of cocoa beans in the world, and cocoa exports rank second to petroleum. 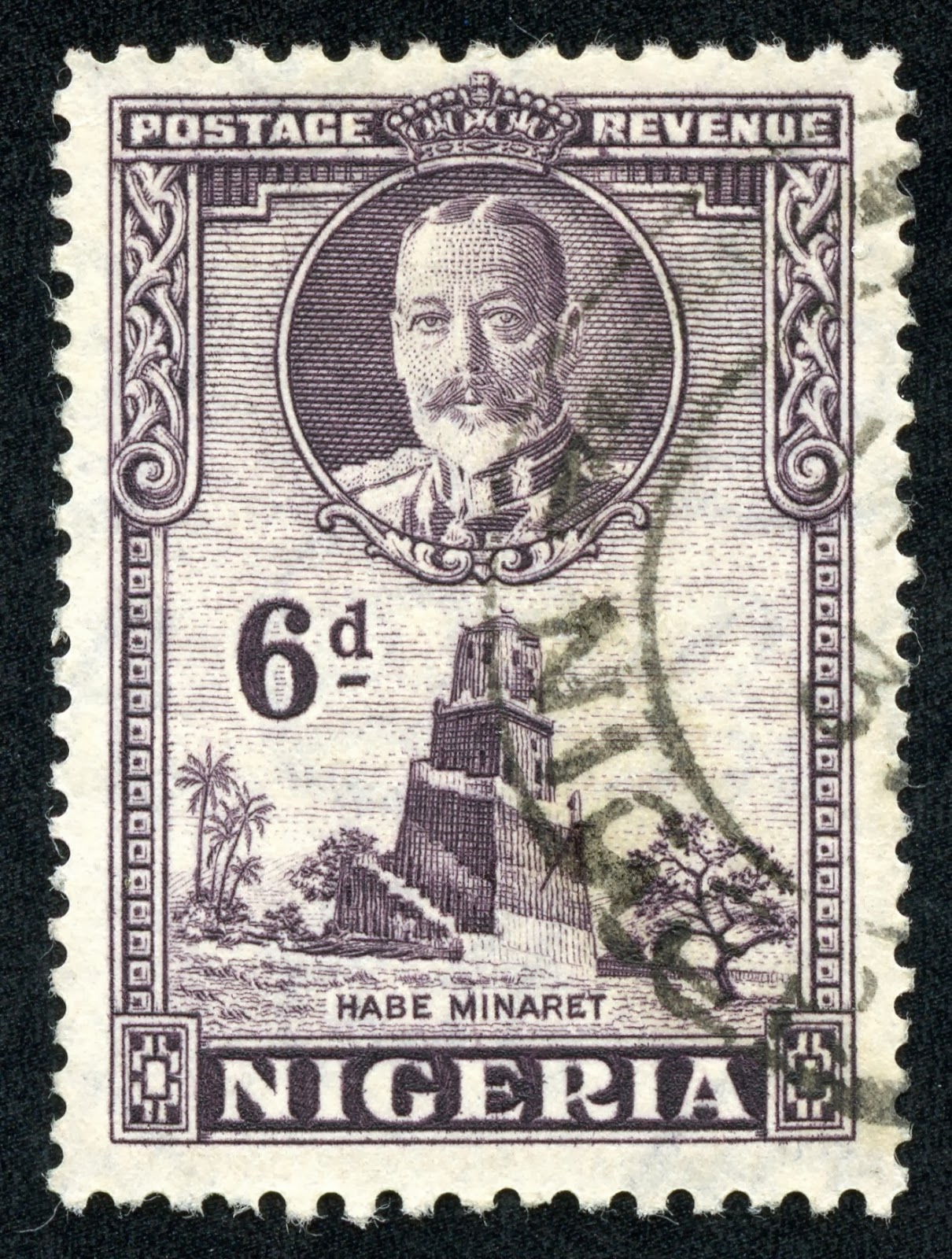 1936 Scott 44 6p dull violet
"Minaret at Habe"
Deba Habe is in northern Nigeria, and the Minaret pictured here is part of the Mosque for the Fulani Muslims. 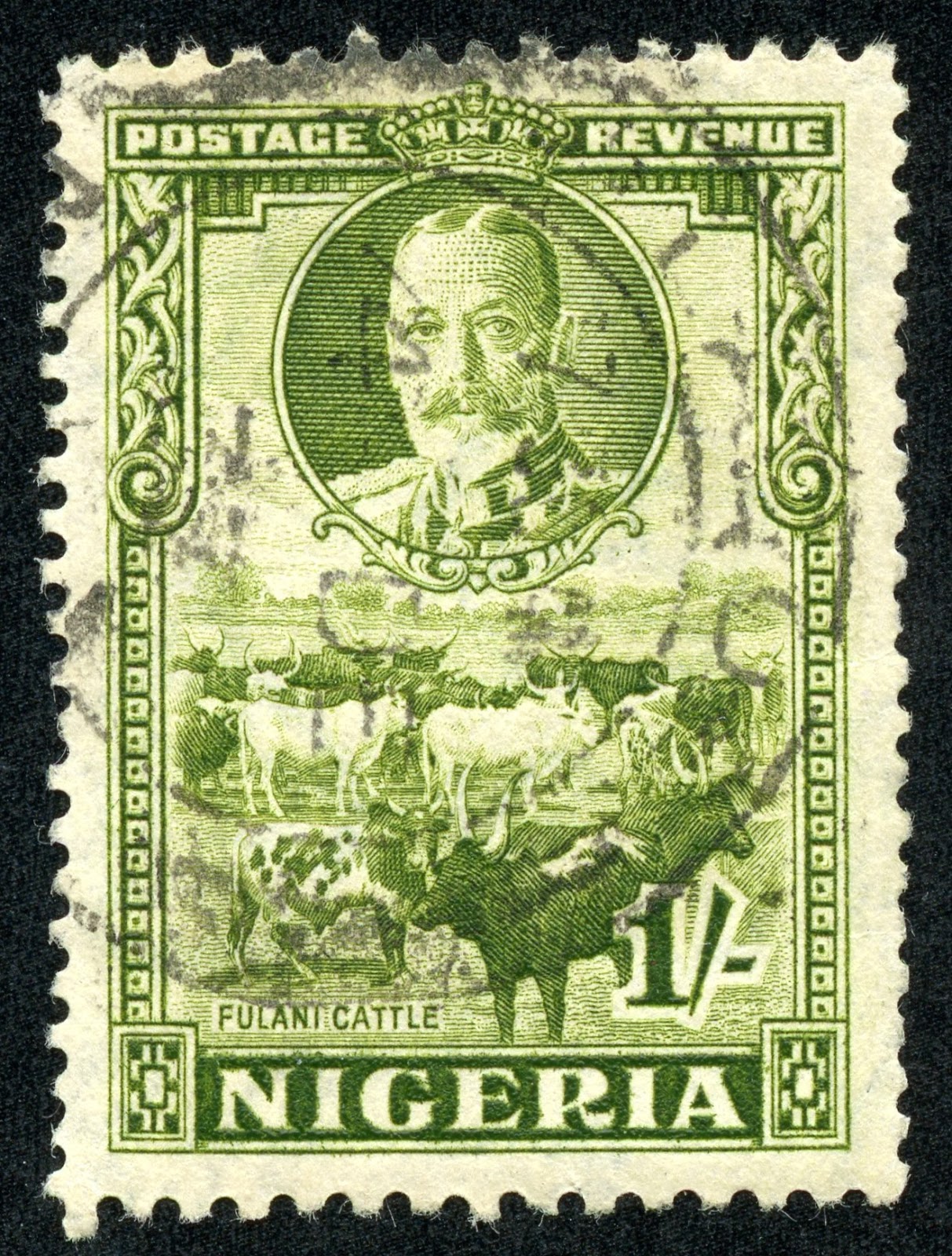 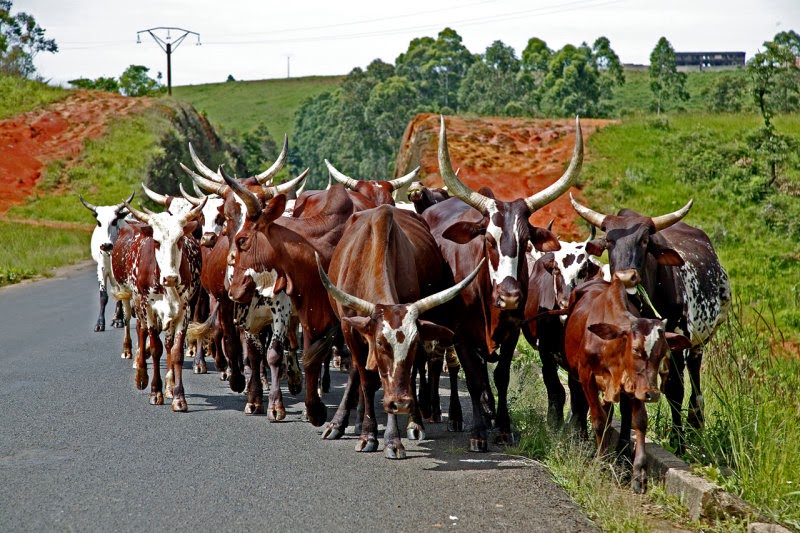 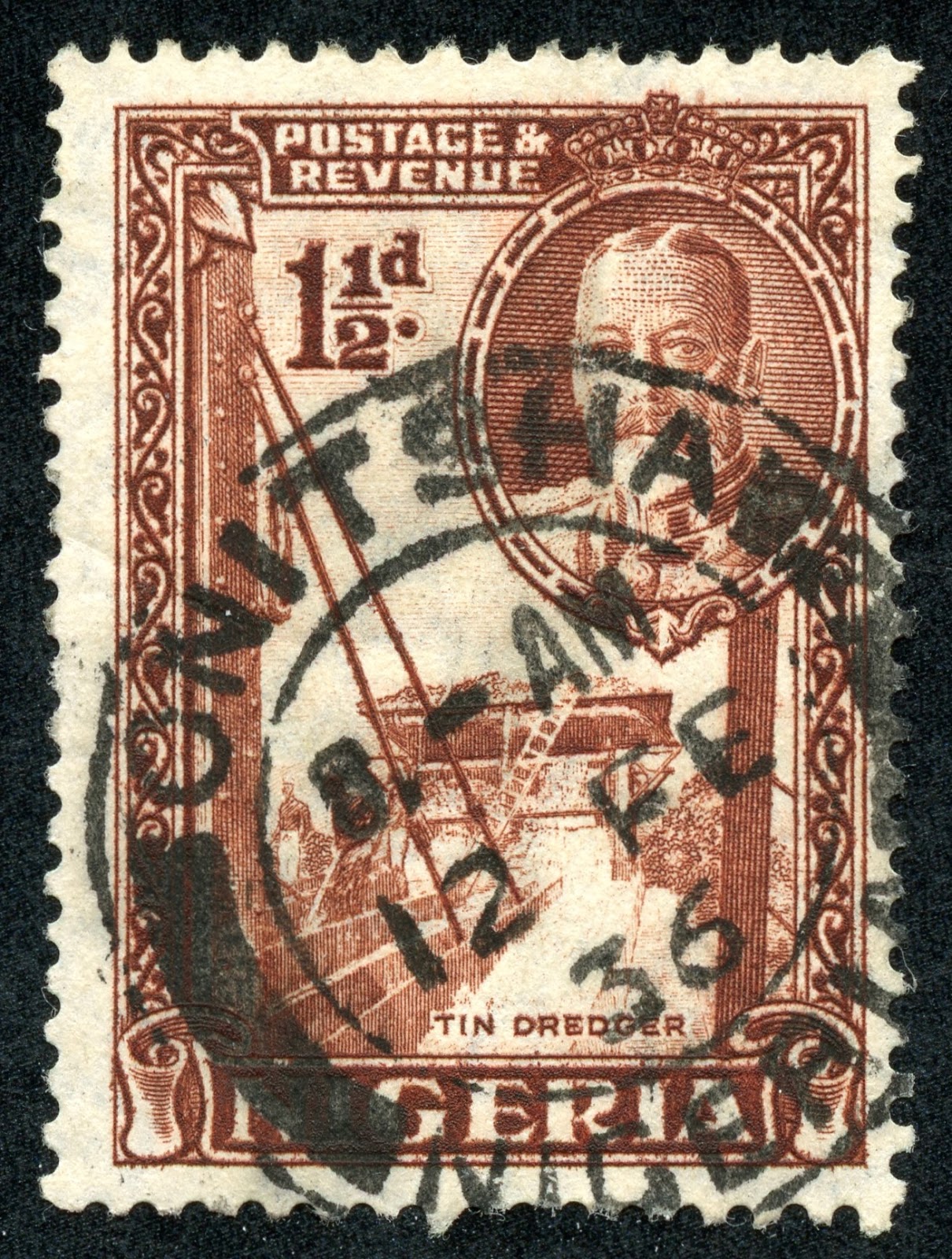 1936 Scott 40 1 1/2p brown
"Dredging for Tin"
The river settlement of Onitsha (SON cancel) is found on the eastern bank of the Niger River. Nigeria was a producer of tin, columbite, and coal during the 1930s. But the mineral extraction industries waned with the discovery of oil in the 1950s. 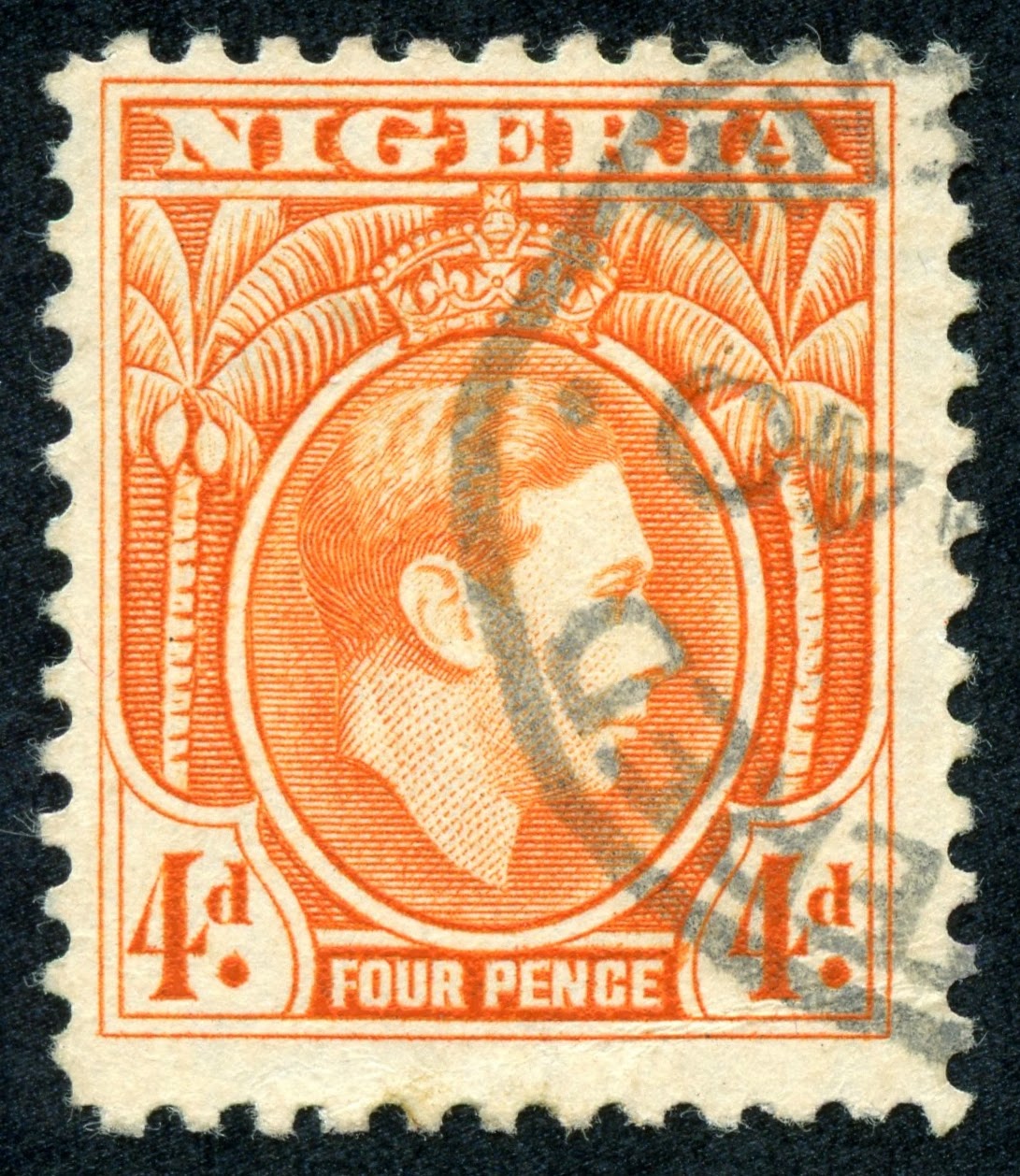 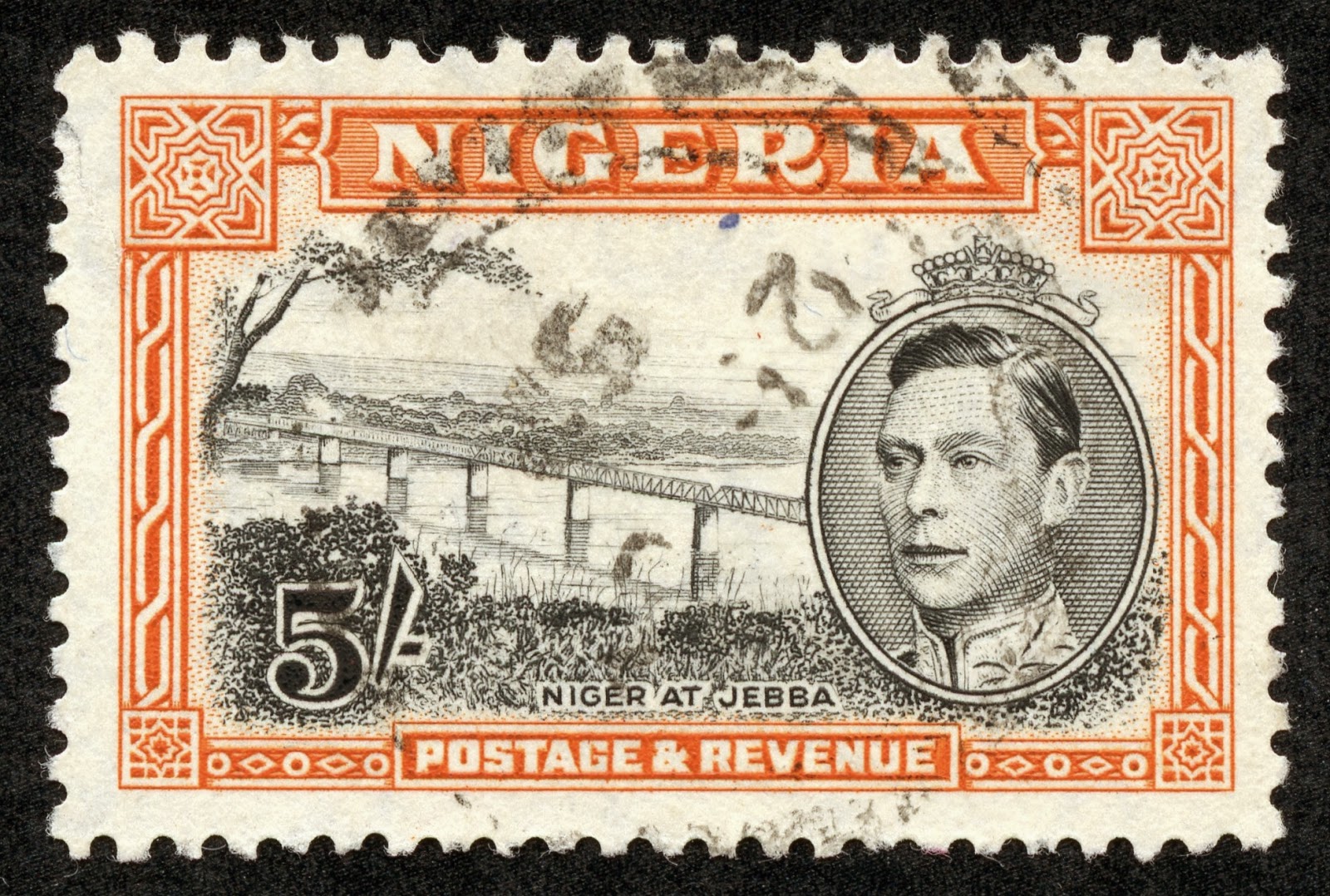 Jebba is a town up the Niger River, and was known for a paper mill, the largest in West Africa, and a hydroelectric dam. 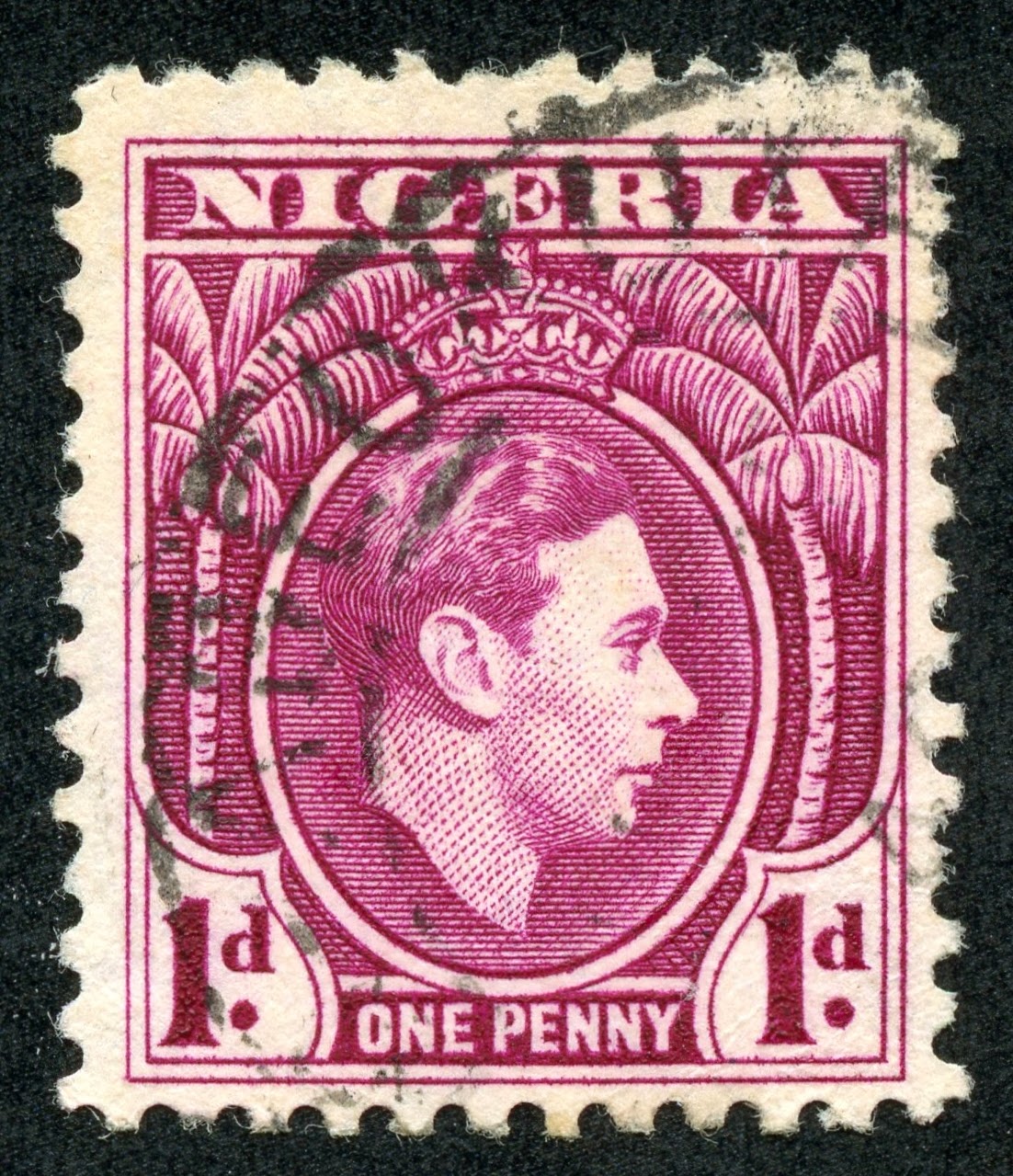 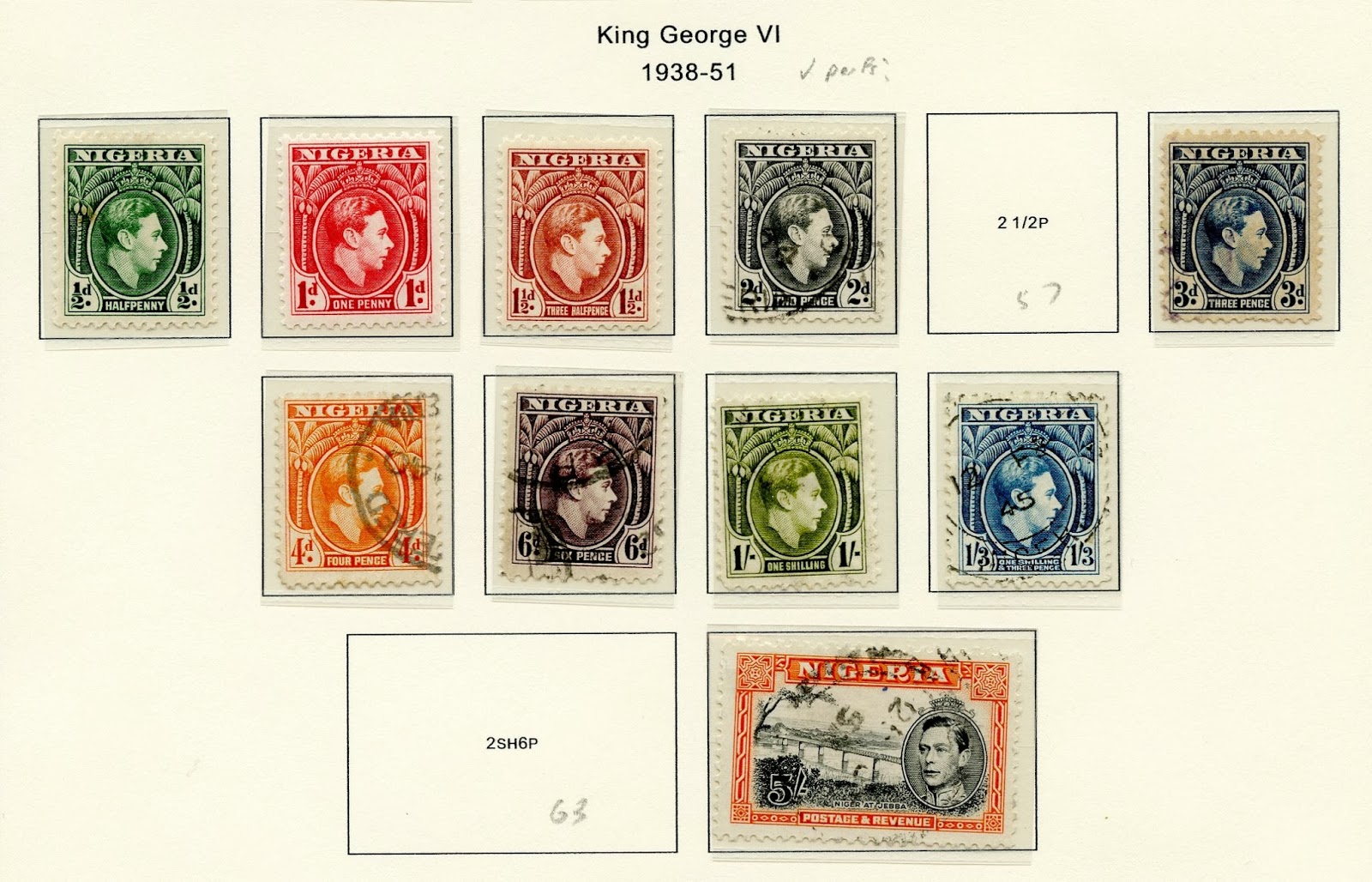 1938-51 King George VI issue in Deep Blue
Deep Blue (Steiner) has five pages for classical Nigeria up to 1951, and has spaces for all the major numbers. The advantage for Deep Blue is the entire "George VI" 1938-51 issue is covered. 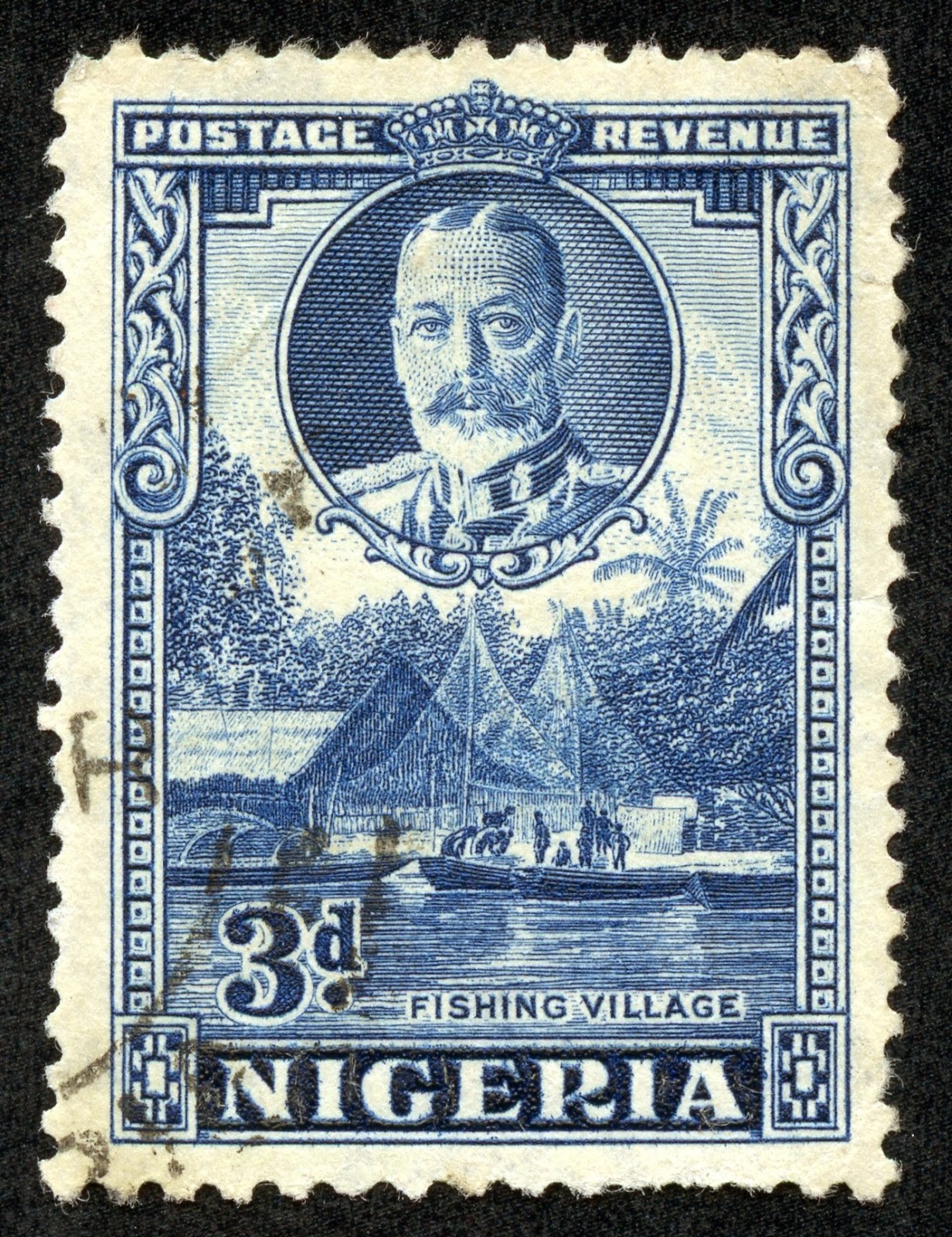 Observations
* None of the spaces require a CV of $10 or greater.
* The 1914-27 "George V" spaces have the usual (for BB) choice of one space for the wmk 3 & 4 stamps.
* The 1938 "George VI" issue actually continues up to 1951. The BB collector might find stamps from the issue without spaces. Advantage Deep Blue (Steiner). 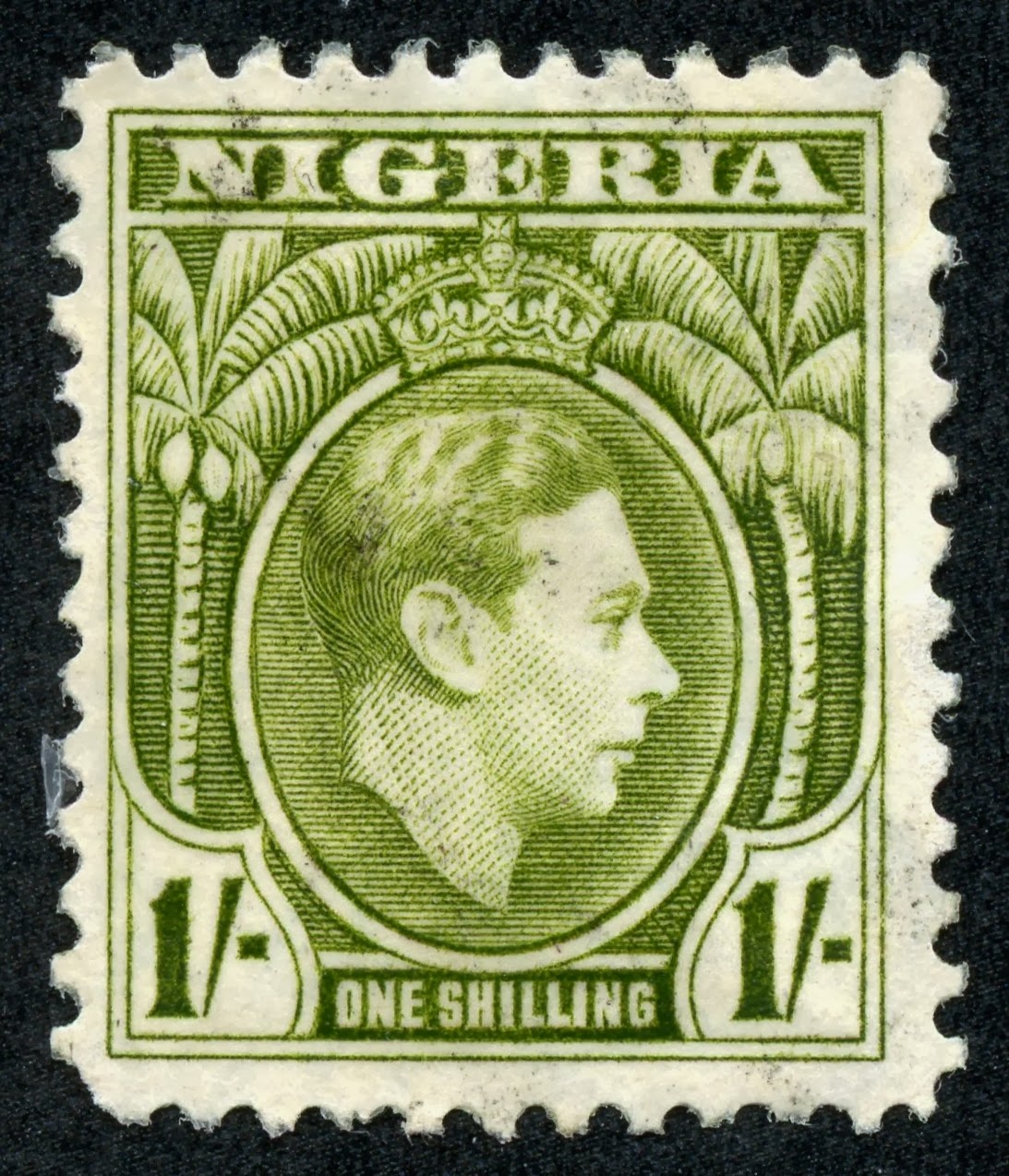 1938 Scott 61 1sh olive green "George VI"
Out of the Blue
The 1936 George V pictorial issue is the highlight (for me) of the classical era Nigerian stamps.

Note: The "Nigeria 1914" map, and the Red Fulani cattle pic, appear to be in the public domain.