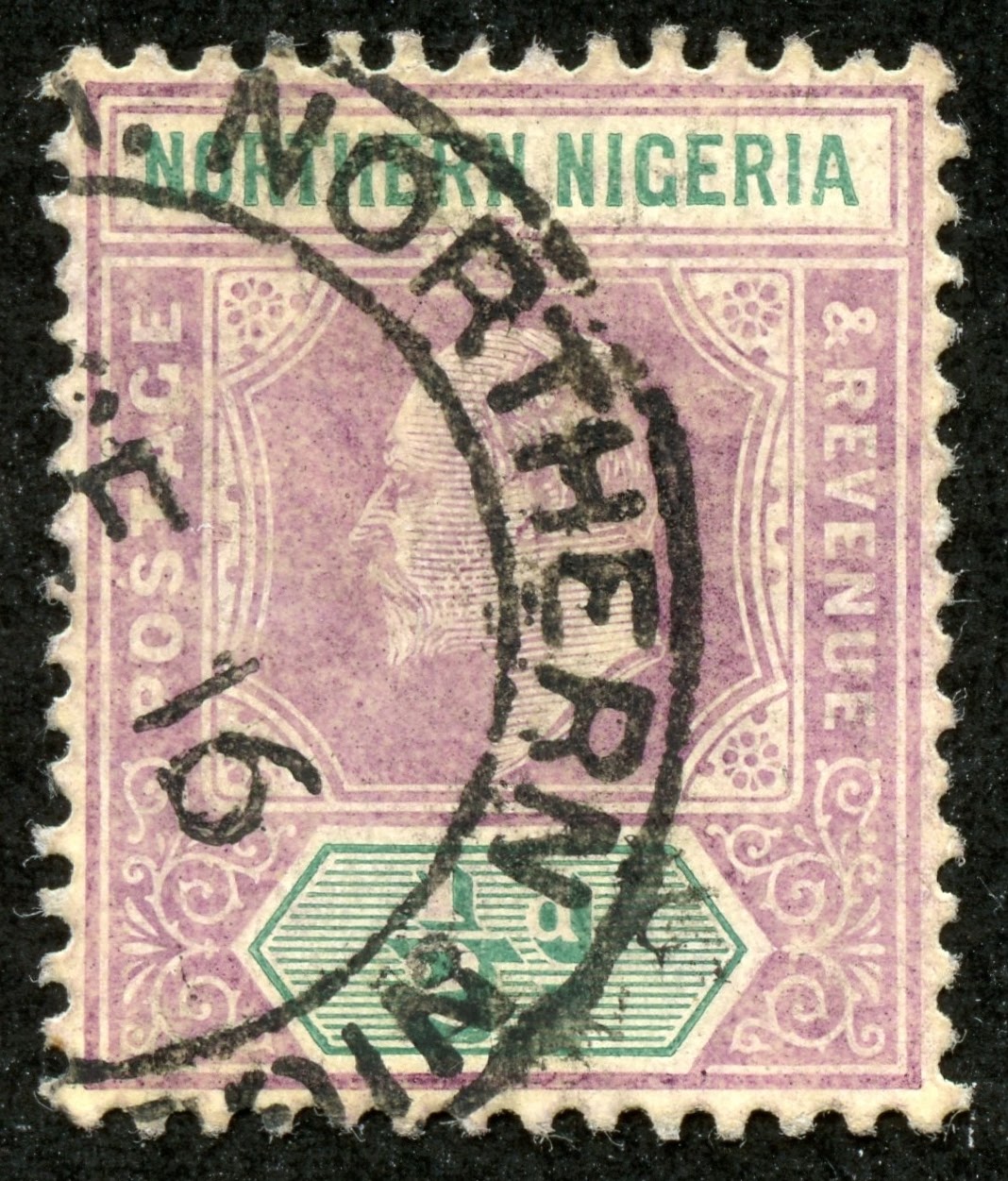 1906 Scott 19a 1/2p violet & green "Edward VII"
Quick History
The British protectorate of Northern Nigeria was located in western Africa, with Southern Nigeria on the southern border, and surrounded on other sides by French West African lands.

The Protectorate of Northern Nigeria was notable for allowing the chiefs and emirs to be the native authorities at the grassroots, while the British provided the veneer over the top. 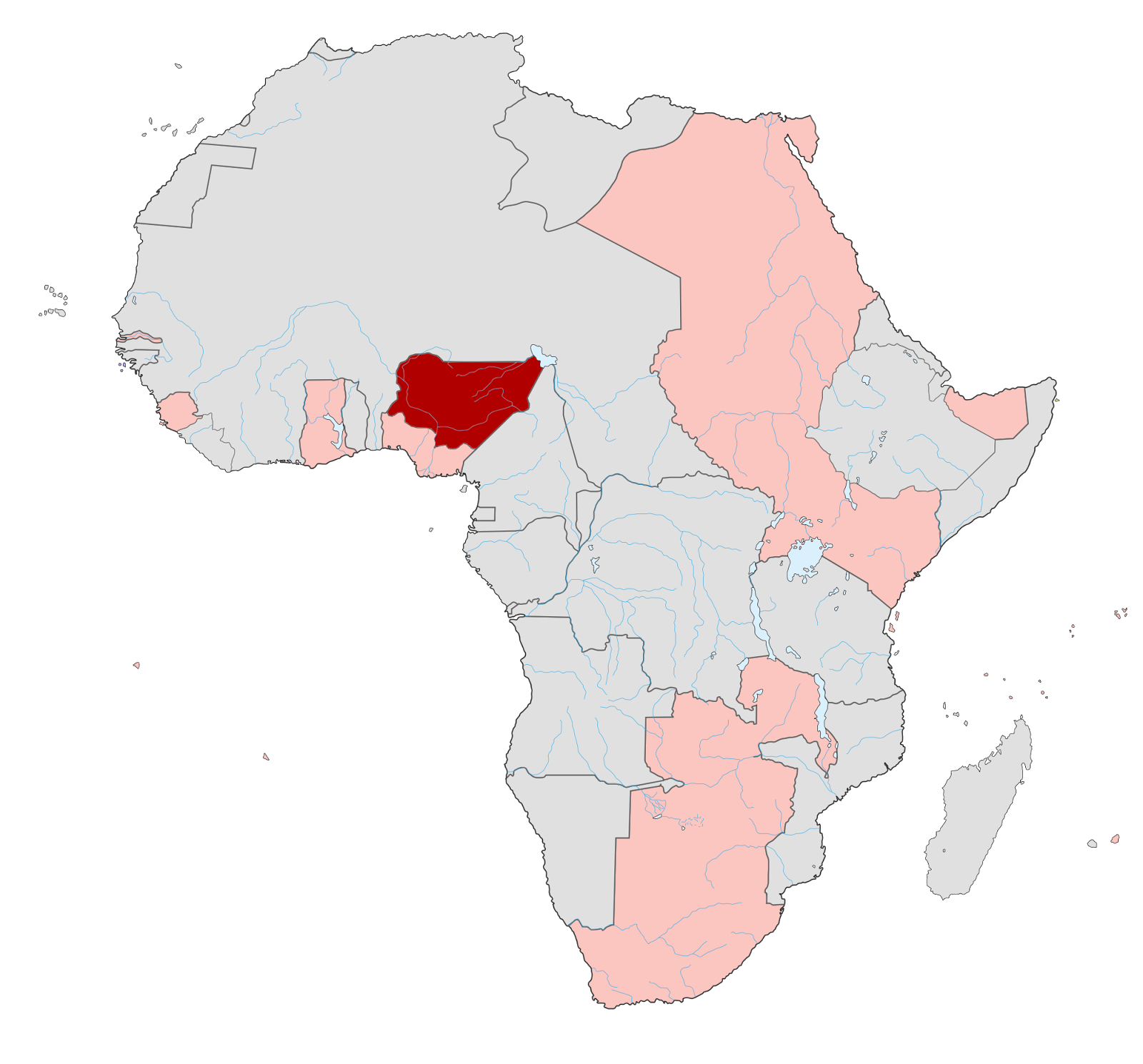 Northern Nigeria in red
British possessions in pink (1913)
Northern Nigeria was more isolated, less developed, and mostly Muslim. Southern Nigeria had more economic development, with a large Christian missionary influence. So they were larger differences between the protectorates than their similar names and proximity would suggest.

Northern Nigeria had stamp issues between 1900-1912. In 1914, their stamp production ceased when they were united with Southern Nigeria and Lagos colony to form the Colony and Protectorate of Nigeria. 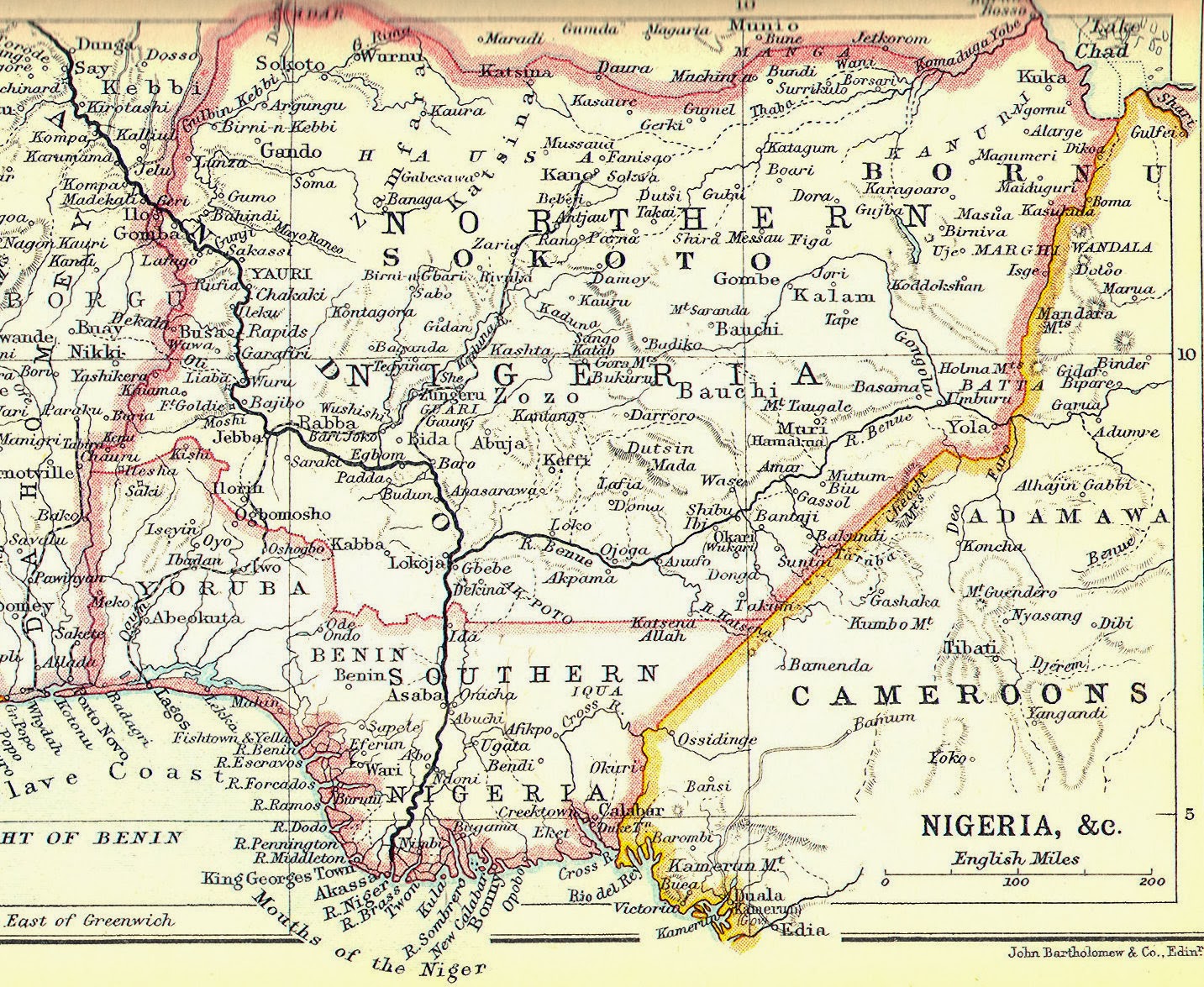 All of the Northern Nigeria issues are keyplate "Victoria", "Edward VII", and "George V" designs. 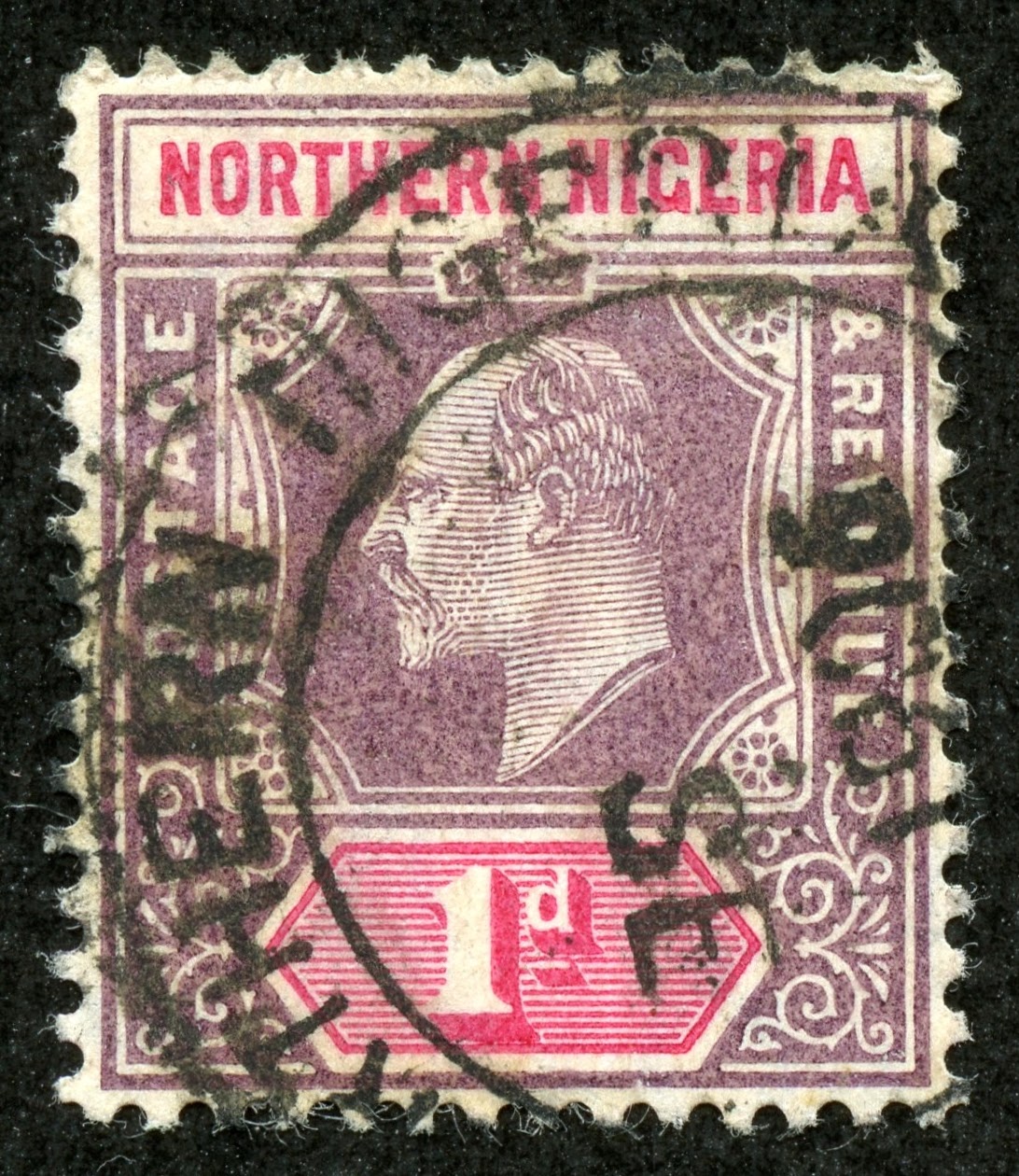 Then in 1905, another "Edward VII" set of eight stamps was issued on ordinary paper with wmk 3 "Multiple Crown and C A". As the 1902 and 1905 issues are essentially identical in appearance, a watermarking tray will be needed.

There was a chalky paper variety of the 1905 issue produced between 1906-07, and given minor numbers by Scott. A 1p violet & carmine rose example is shown above. 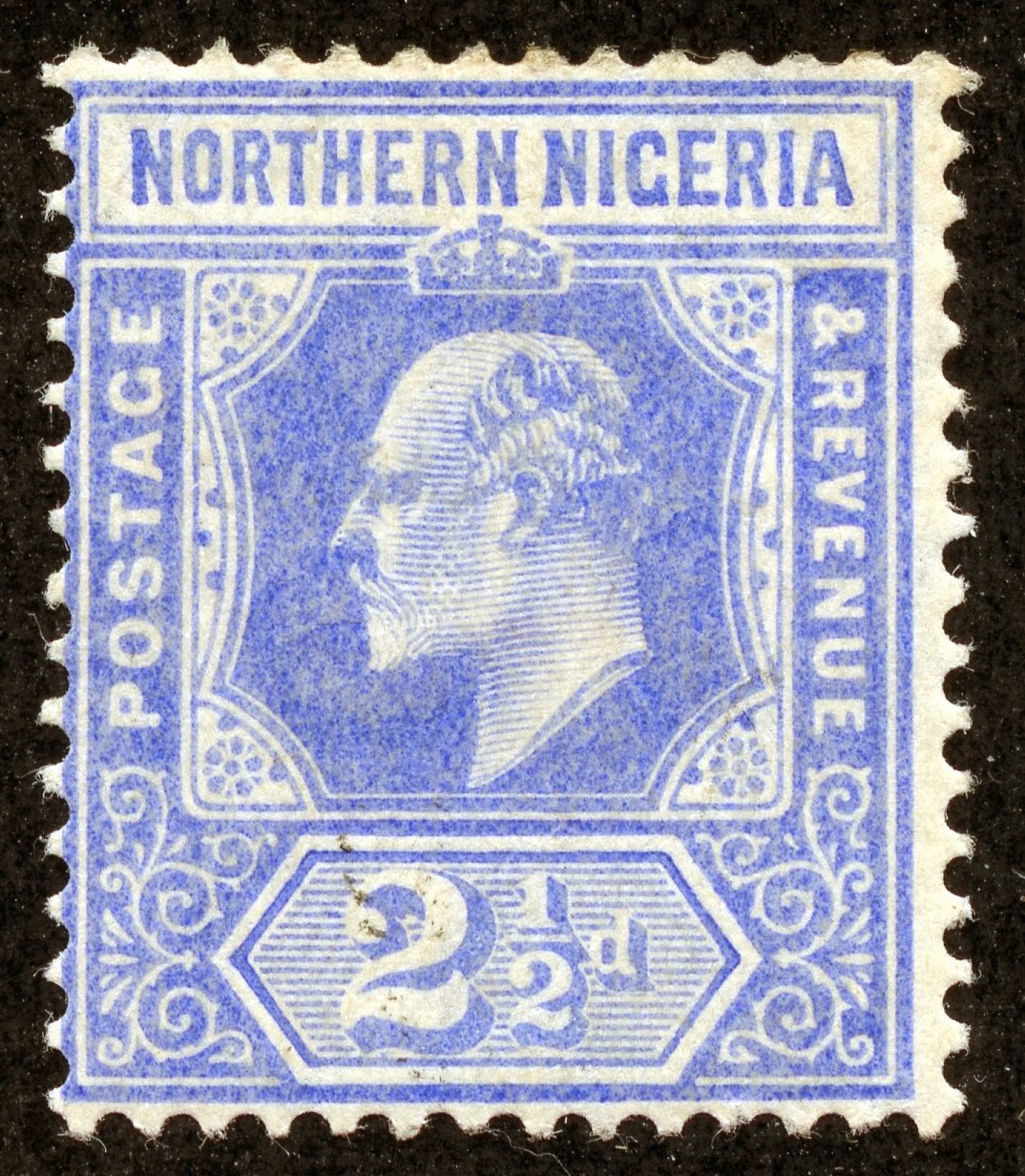 Deep Blue
Deep Blue (Steiner) has three pages for Northern Nigeria, and has spaces for all the major numbers. The 1906-07 "chalky paper" seven stamp minor number variety does not have designated spaces. These could be put into the major number spaces, or a separate quadrilled page could be used. I chose to put my examples in the major spaces with a notation. 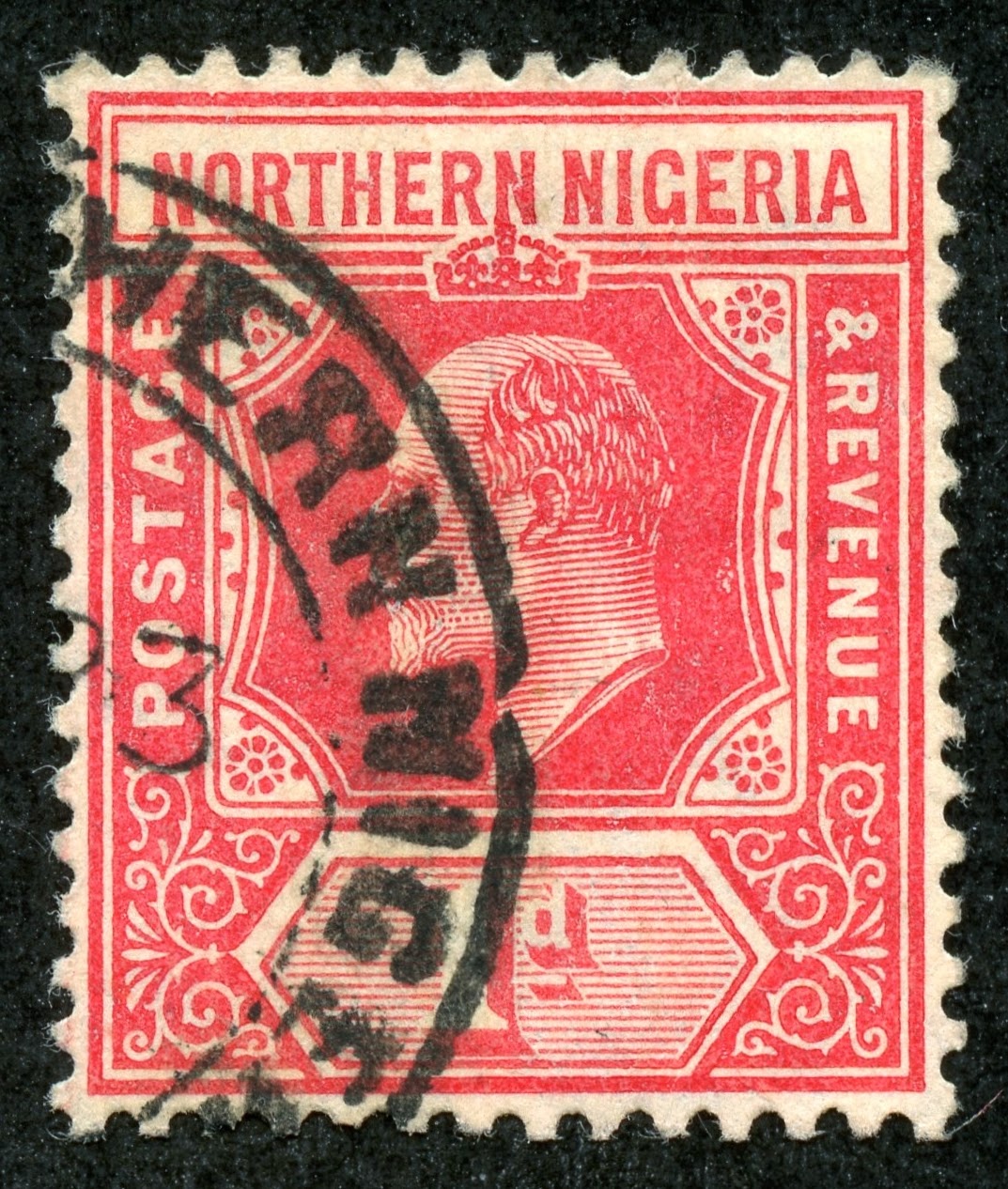 1910 Scott 29 1p carmine "Edward VII"
Big Blue
The '69 BB has 1/2 page and 19 spaces devoted to Northern Nigeria. The coverage  is found after North Borneo, and on the same page as North Ingermanland. Total coverage is 37%. 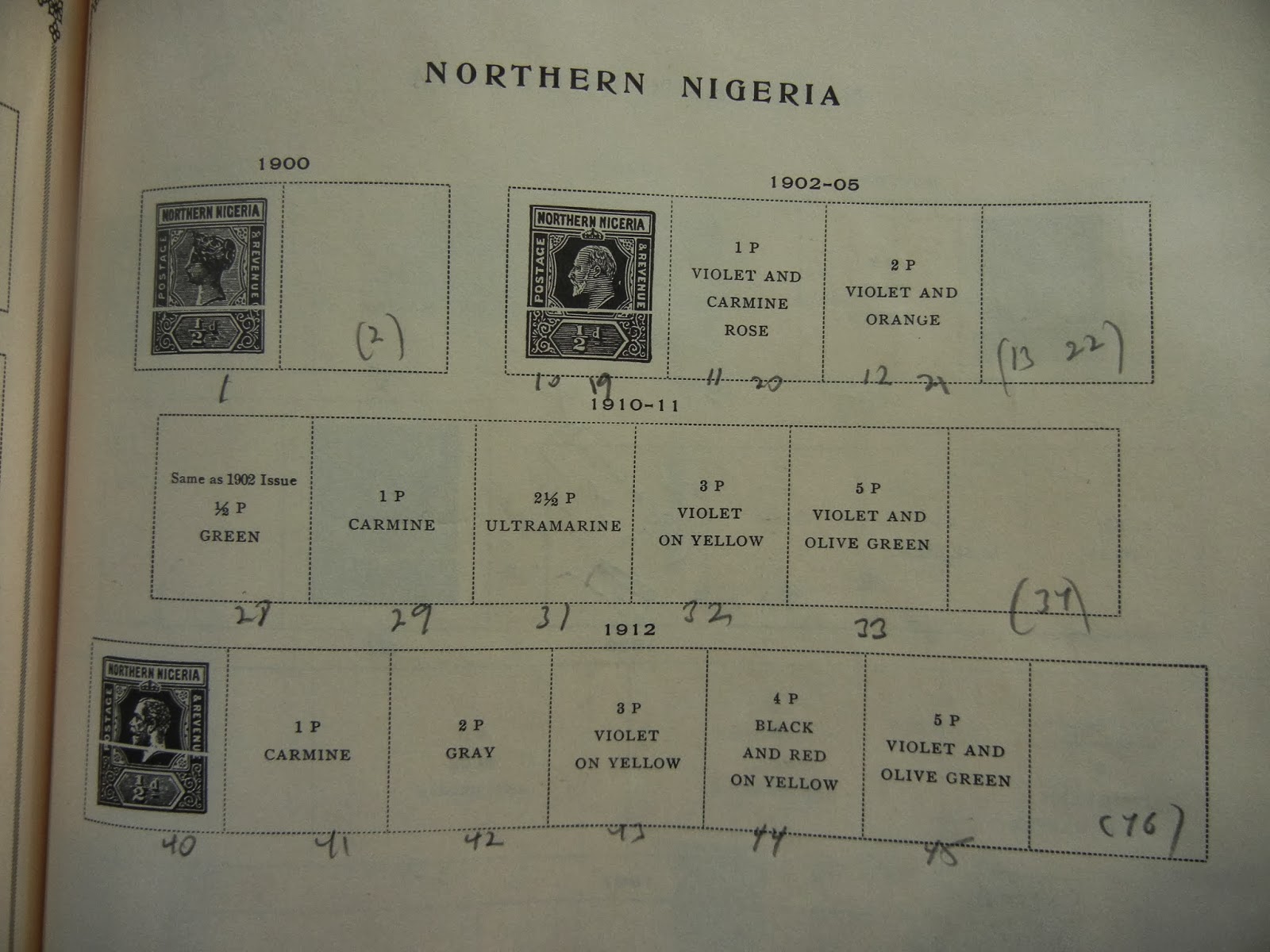 Northern Nigeria in BB
Observations...
* Although Northern Nigeria, as a British colony is not cheap for WW collectors, none of the stamp spaces in BB require an expensive stamp (threshold $10).
* BB , as per usual, gives one space for the wmk 2 1902 and wmk 3 1905 "Edward VII" issue. 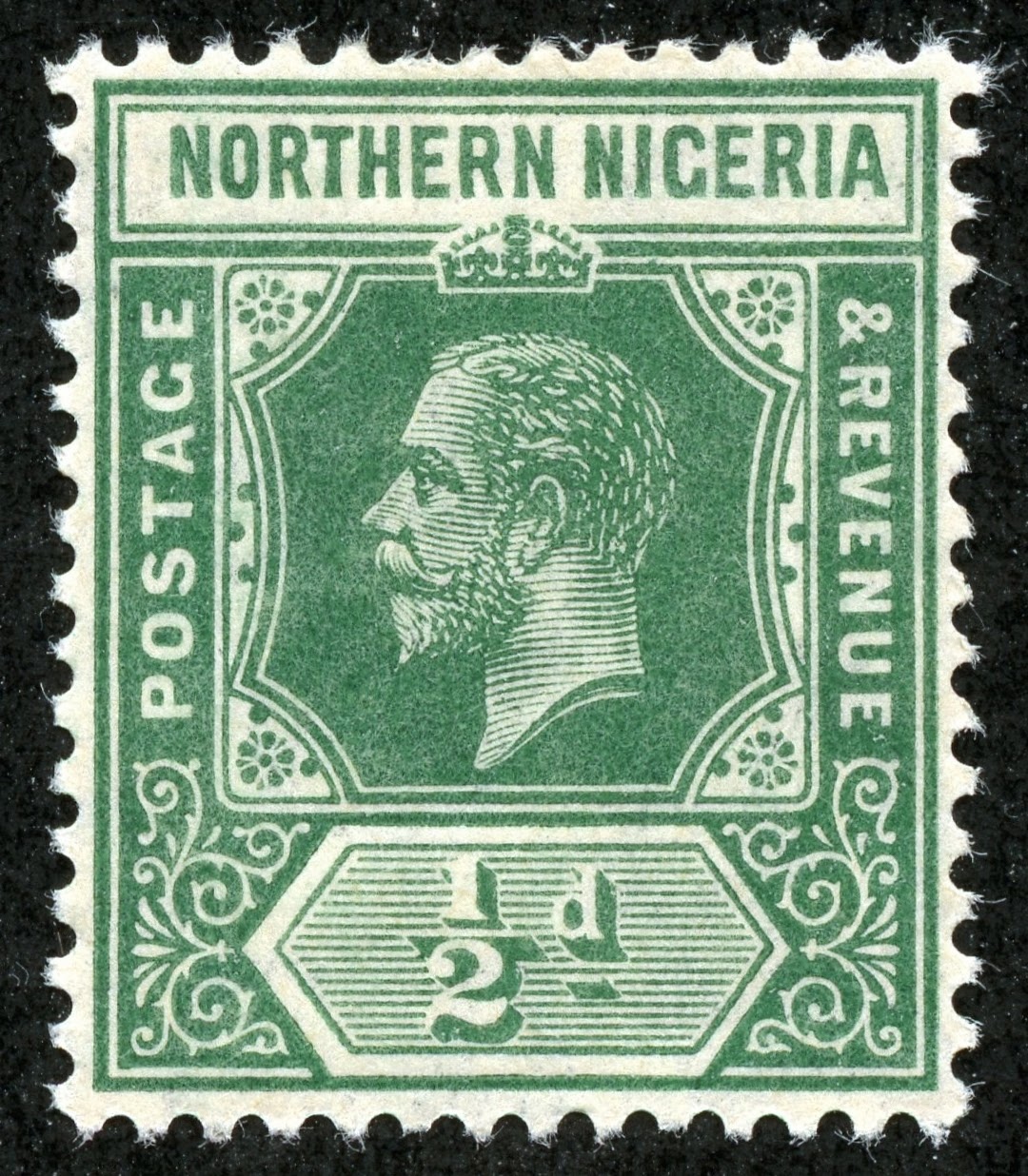 1912 Scott 40 1/2p green "George V"
Out of the Blue
The stamps themselves- being the too familiar keyplate design- are perhaps not all that interesting. But the (exotic) location, close reading of history, and a tangible reminder of colonial days, makes, for the WW collector, a worthwhile endeavor indeed.