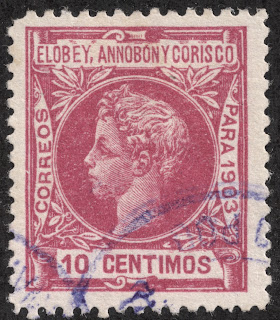 1903 Scott 8 10c rose lake "King Alfonso XIII"
Quick History
Elobey, Annobon & Corisco were a group of Islands in the Gulf of Guinea off the coast of West Africa. These Spanish colonial possessions were administered under the Governor General who also administered Fernando Po. The capital was Santa Isabel. and the population was 3,000 people in 1910.  The islands are now a part of Equatorial Guinea. Stamps were issued from 1903-1910. In 1909, the stamps of Spanish Guinea replaced these issues. 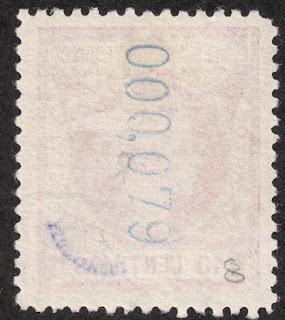 All of the colonies stamps show a portrait of King Alfonso XIII.

We should be grateful that BB has a page devoted to this fairly obscure Spanish possession.
But since the '97 edition page is now mostly empty, perhaps a few additional stamps could be added? :-)

O.K., so I have made a case for adding  stamps. But is there a flaw in the logic? 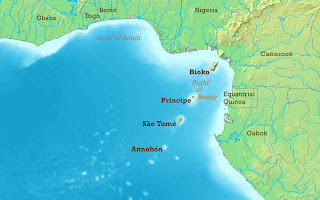 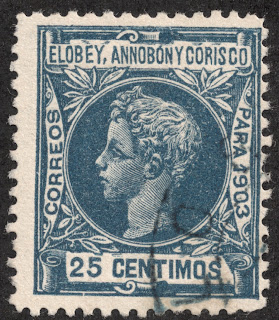 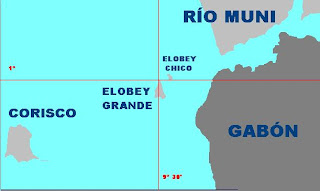 Location of Corisco, Elobey Grande, and Elobey Chico
Big Blue Bottom Line
Obscure, but alive in Big Blue! Adding some additional stamps should not be a financial burden.

Now, finding them, well, that could be another story. ;-)

Comments appreciated!
Posted by Jim at 11:51 AM