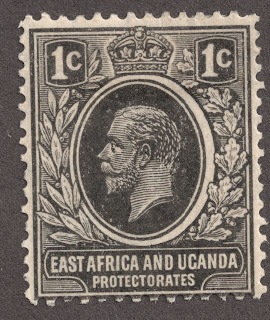 For the "East Africa & Uganda Protectorates" era , the Capital was shifted from Mombassa to Nairobi in 1905. The population was approximately 6,000,000. 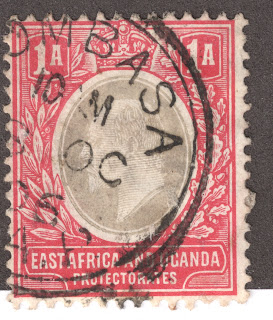 The protectorate's issues are the well known Edward VII and George V designs from 1903-1918. The Edward VII issues (1903-07) are a bit tricky, with watermark 2 or 3, and chalky or ordinary paper varieties to detect. Check the watermarks for this issue.

Coverage by Big Blue is good, considering that additionals are generally more expensive. There are four additional King George V stamps  that are only <$1-$1+. I list twelve choices for the 1903-07 Edwards, as they are part of a group that could be picked for two blank spaces. They are priced from $2+-$20+.

D) And something fun; an engraving change. ;-) The 1907-08 Edward VII Scott 33 6c carmine also is found as a 33a engraving variety. Both stamps are <$1. I have an image scan on this blog to illustrate the differences. Check your collection; you might have both types! 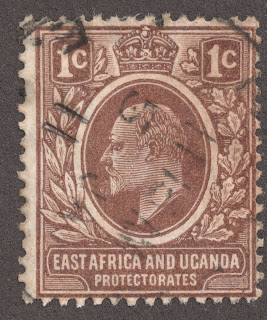 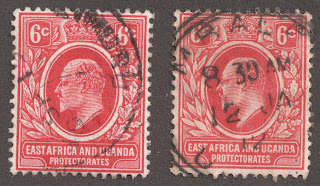 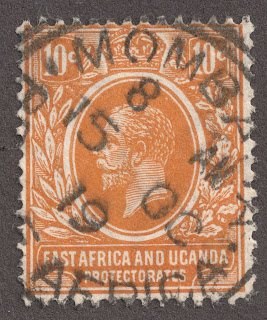 If you enjoyed this blog, or have a thought to share, please use the Comment section below. Thanks! 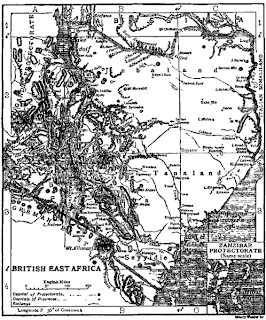 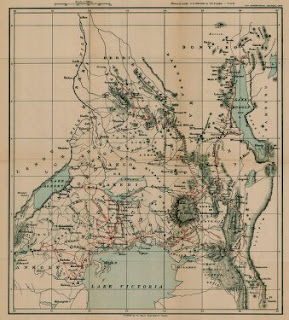