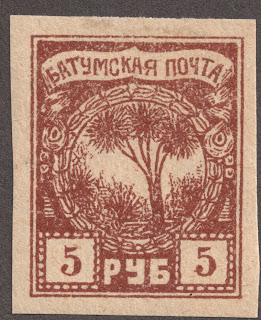 1919 Scott 6 5r brown "Aloe tree"
Quick History
Batum is a port on the Black Sea, and is the Capital of the territory of Adzhar. In1921, It became an autonomous republic of the Georgian SSR.
After the Treaty of Versailles,  stamps of Batum were issued between 1918-20  under the occupation of the British. 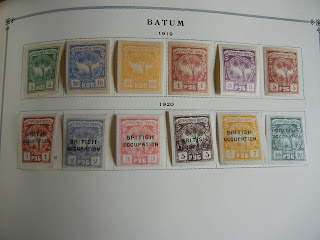 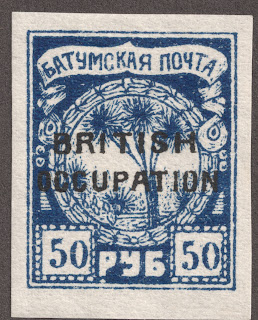 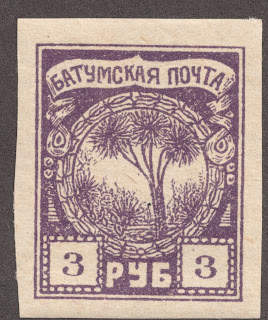 Note: Unfortunately, some of these Batum stamps may be forgeries.
(Further Note: 7-30-2012: Actually, by sheer luck, considering the abundant forgeries, the images on this site all show genuine stamps.)

(Further Note 7-30-2012 : I am preparing a MAJOR blog on the "Aloe Tree" forgeries, which should help to clear the confusion. This should appear around November, 2012.)

Note, Map  appears to be in the public domain.