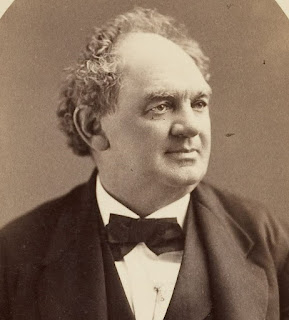 P. T. Barnum (1810-91) master showman and hoaxer
Bud's Big Blue
Bud's Observations
No one wants to be a sucker. For serious stamp collectors that means: buy no fakes, forgeries, or counterfeits; avoid cancels that never passed through a post office; keep no wallpaper (i.e., stamps issued only to bilk collectors out of their cash rather than for any reasonable postal use). R. B. Earee called them “Album Weeds” in his famous 1296-page book on forged stamps (1892, and subsequent).

Over the past 130 years, Earee’s tribe has increased exponentially. Experts abound, as do websites and literature about stamp fakery – all to keep us collectors from being suckers of the one-born-every-minute variety. I guesstimate that the cash generated by the stamp authenticating business exceeds all the profits ever made by the forgers and their ilk.

I have a friend whose company makes mouse traps. He and his wife say they utterly despise mice! Yet, where would their business be without mice? Mice gave them their lifework, even made them millionaires. So it is with fake-hating stamp experts, although only the most “cert-cessful” of them are millionaires. Mice and fake stamps deserve a little respect, please, from those they benefit.

Most classical era North Borneo collections provide a hoax-filled sideshow that would make P. T. Barnum proud. There’s quite a menagerie, too. The British North Borneo Company (BNBC), administrator of the Protectorate until 1946, is responsible for both.

The sideshow begins with the 1886 and the redrawn 1887 series, both featuring the Company’s coat of arms. Lithographed line drawings, such as these, are readily forged. Several furnace room fraudsters promptly obliged. I suppose, because the line drawings are poor, the imperf set showing below is their handiwork, possibly from Fournier or Carame. Fah Onn Liau, an expert on North Borneo fakes, has developed a helpful 30-minute video. It’s presented online by the Sarawak Specialists Society (1).

In addition to outright fakes, CTOs are also common. The BNBC printed far too many stamps for local use, and they knew how to turn a profit. After sales of excess mint stamps to collectors slacked off, the remainder was cancelled and sold in cheap lots. The genuine North Borneo cancel ordinarily is a grill with 14 bars, although the CTOs often have fewer bars. Experts regard some 14 bar cancels as fakes, too. 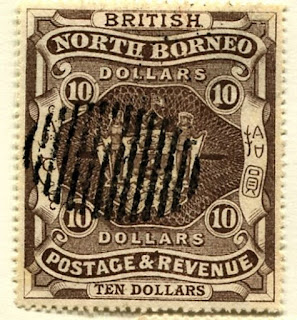 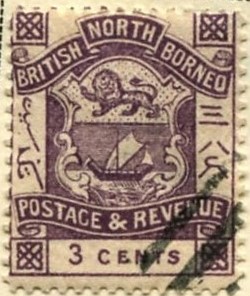 Encouraged by their early success in the collectors market, BNBC produced perhaps the most stunning stamp series of the 19th Century – North Borneo Scott # 59-67 (1893). It features local scenes plus a spectacular menagerie of rare animals, enough to make Barnum drool.

Some of the artwork seems to jump right off the stamp. That’s because of an artistic conceit -- the central vignettes were deliberately extended beyond the frame lines. The Dyak chief, decked in full headhunter gear with human hair tied on his belt and sword, brandishes his left foot onto the “N” of “CENT” (Scott #59). The Sambar deer’s antlers are "in front" of the top frame line making his nose seem to protrude (Scott #60). The Great Argus pheasant spreads his erect feathers into the North Borneo inscription (Scott #62). And the immense estuarine saltwater crocodile (Scott # 65) can’t pull its tail inside the vignette. Fascinating. This “three dimensional” conceit, although common in paintings, did not again appear on stamps until the late 20th century.

In the 1897 series – with basically the same designs but re-engraved to add the Malay inscriptions forgotten in 1893 -- the Dyak chief has withdrawn his threatening foot and the Sambar deer’s antlers have grown. The croc has grown, too. Now both tail and lower jaw don’t fit.

Scott #s 79, 86, and 80
This circus continues with all-new designs issued in 1909, although the animals, including an elephant and rhino, stay politely inside their frame cages. Again in 1930, new designs depict an older warrior and more animals.

The BNBC, knowing they had a good thing going, put out yet another series in 1939. Here the Dyak chief, sans his human hair belt, looks sufficiently peaceful to invite to tea. 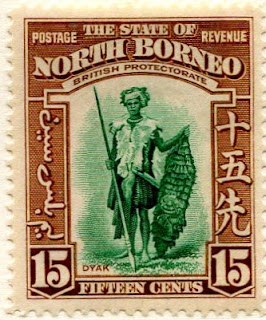 I bought many of the North Borneo stamps shown below when I was a kid. At about that same time I watched a circus train unload. Barnum’s name still appeared on some of the animal cages. The whole troupe paraded through town on their way to Stephenson’s field, just across the street from my elementary school, where they pitched their tents. Men, later transformed into clowns and trapeze artists, worked side by side with elephants to erect poles and raise canvas. I watched agape.

The stamps cost me a few cents, as did the circus admission. I didn’t know that the experts ridiculed the stamps as “prostituted postal paper” and that “serious” collectors avoided them entirely (3). I thought they were dazzling. I still do. 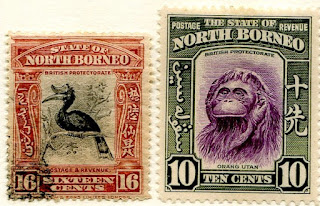 The exotic Malay animal theme continues for many years. When the BNBC’s control ended shortly after World War II the beasts obligingly shared vignette space with British royals. A good show. Barnum would have approved. 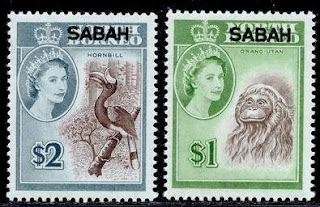 Barnum, as it turns out, never uttered the famous line attributed to him – “There’s a sucker born every minute” (5). 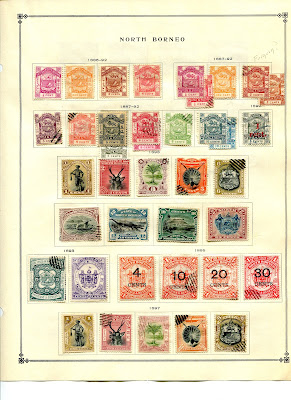 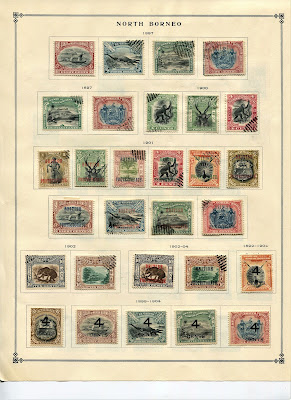 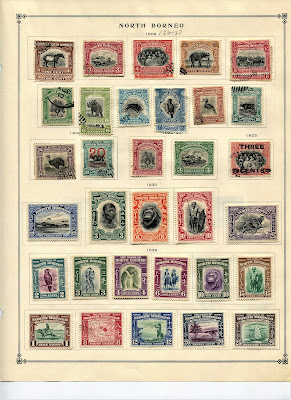 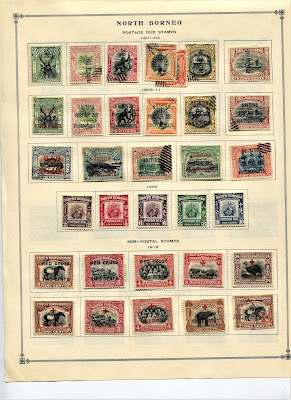 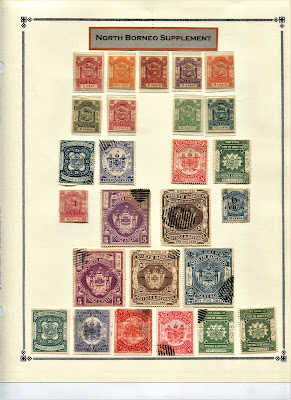 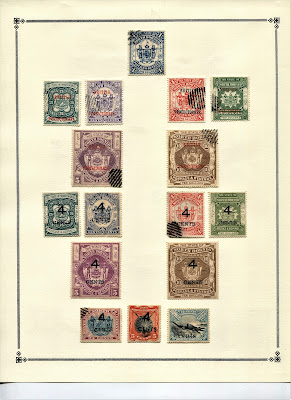 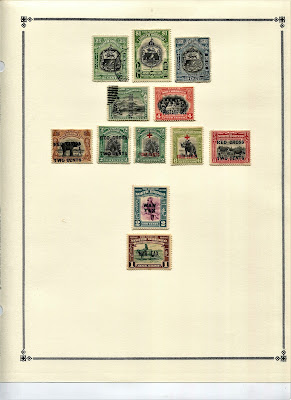