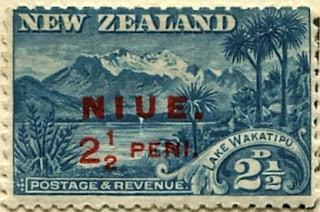 Even its pictorial stamps show views of the Cook Islands, some 670 miles away, rather than of Niue itself. Captain Cook’s likeness appears, too, but he never set foot on the little island. He sighted it but sailed away when confronted by hostile Niueans. 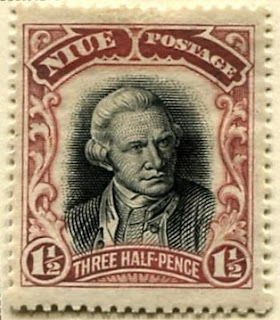 As with other small nations, a vital part of Niue’s 21st century economy depends on collectors buying its postage stamps. Those featuring fish, butterflies and British royals have sold well. No Disney characters, yet. 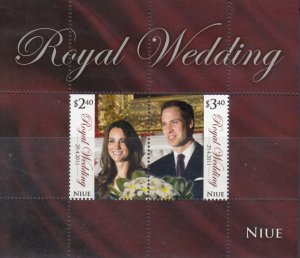 A 2011 souvenir sheet commemorates Kate Middleton and Prince William's marriage. Controversy arose over the perforations between the two royals portending, it was supposed, a marital split. The couple is still plagued by divorce rumors.

Niue ("behold the coconut") is an island country in the South Pacific Ocean currently in free association with New Zealand.The Capital is Alofi, and the population was 4,100 in 1936. Of interest, the population today (as pointed out by Bud in his Observations) is about 1,000, with 90% of Niueans living in New Zealand.New Zealand annexed Niue in 1901, along with the Cook islands to the east.Captain James Cook sighted the island in 1774, but was refused permission to land by the natives.They had a native red banana (hulahula) painted on their teeth- which looked like blood to Captain Cook- so he named it "Savage Island".
Niue was "somewhat" separately administered from the Cook Islands by New Zealand because of Niue's remoteness, as well as the fact that Niue and the Cook Islands Polynesians had cultural and linguistic differences.I say "somewhat", because Niue and the Cook Islands were pretty much lumped together in reality stamp wise - as is evident by viewing Bud's Niue BB pages below.
Niue Blog Post & BB Checklist
Page 1 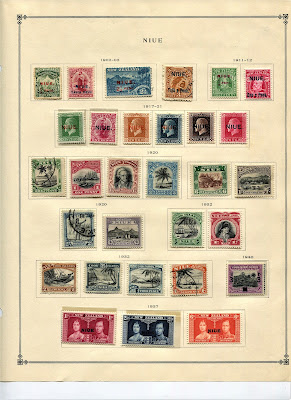 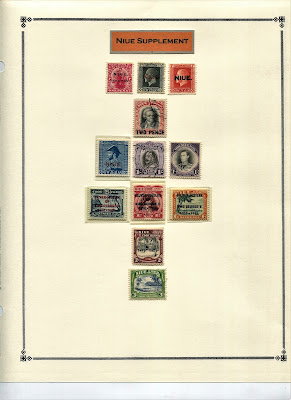