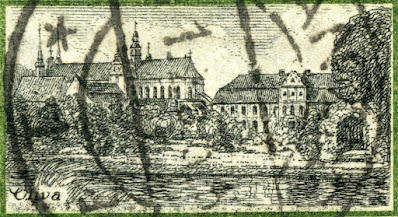 The "Free City and State" of Danzig came under the protection of the League of Nations in 1920.

For more on the background history and the original post, see...

The stamp issues are fascinating, and worth a closer look. 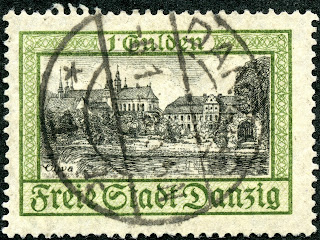 1924 Scott 193 1g yellow green & black
"Oliva Castle and Cathedral"
One of the issues that caught my eye is the "Scenes of the Free State" stamps released between 1924-32. They have exquisite line engraving center scenes. 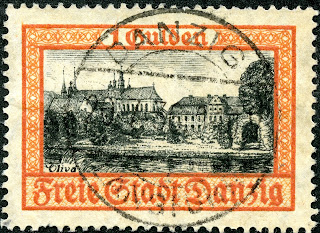 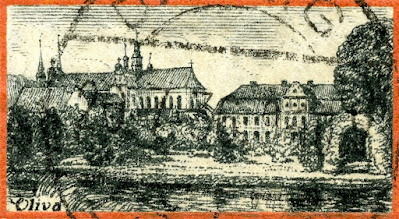 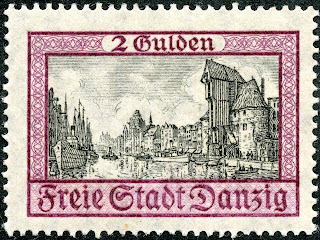 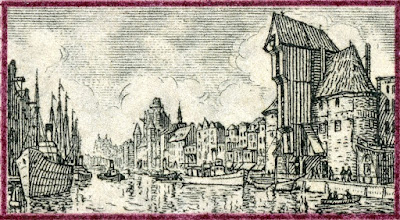 Engraved close-up: "Mottlau River & Krantor"
1924 Scott 195 2g
The line engraving scene is done well enough, that it wouldn't be out of place hanging in an art museum. 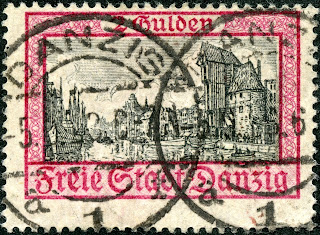 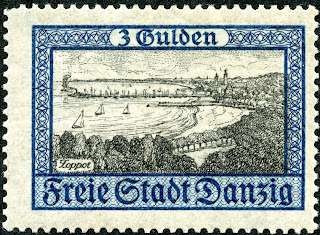 1924 Scott 197 3g dark blue & black
"View of Zoppot"
Don't you agree that Danzig's stamps are particularly well designed? I think it may be due to the popularity of stamp collecting then, and Danzig (as a small entity) could fill it's coffers with money from said stamp collectors if the stamps were attractive to them. 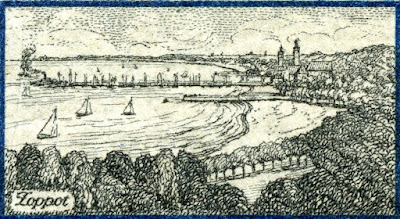 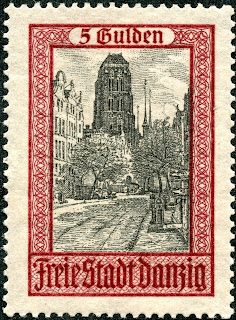 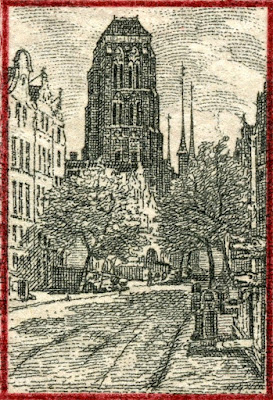 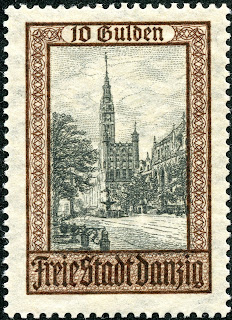 1924 Scott 199 10g dark brown & black
"Council Chamber on the Langenmarkt"
Danzig must have made a "mint", so to speak, with selling there stamps to collectors "unused". 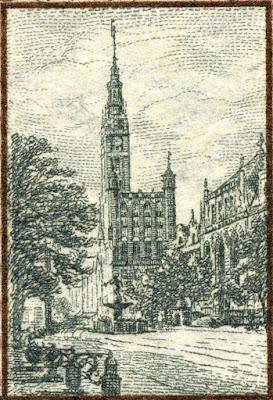 Engraved close-up: "Council Chamber on the Langenmarkt"
1924 Scott 199 10g
Out of the Blue
I hope you enjoyed these enlarged center line engravings. What artistry!
Comments appreciated!
Posted by Jim at 7:00 AM