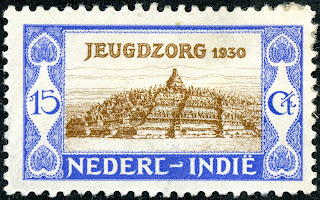 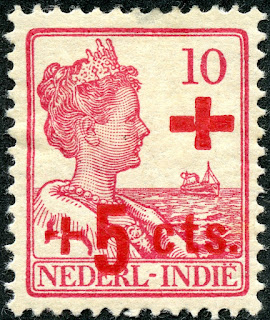 1915 Scott B3 10c + 5c rose "Wilhelmina"
Regular issue of 1912-14 Surcharged in Carmine
Although many of the semi-postals for the Dutch Indies have their unique design, the first semi-postal issue of 1915 (three stamps) are surcharged Netherlands stamps. The surtax was for the Red Cross. 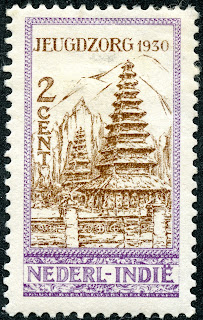 1930 Scott B4 2c (+1c) violet & brown
Bali Temple
The 1930 issue of four stamps has this wonderful local building landmark imagery. One could argue that this is one of the all time great issues for colonial Netherlands. 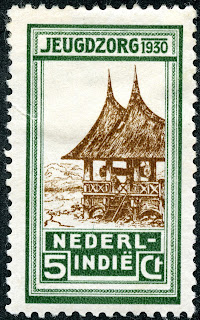 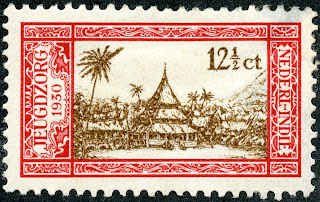 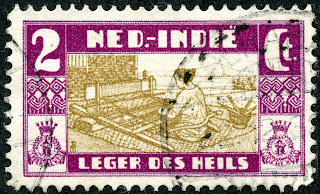 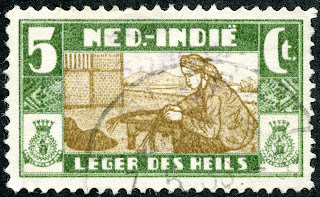 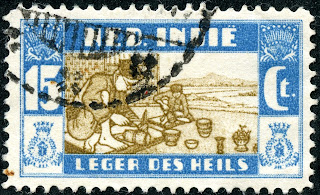 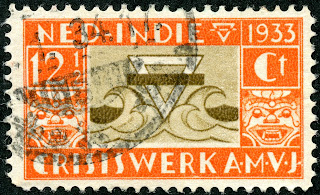 1935 B21-B24 bi-colored
Photogravure
The 1935 set surtax was for the Indies Committee of the Christian Military Association for the East and West Indies. The subjects include "A Pioneer at work", "Cavalryman rescuing wounded native", "Artilleryman under fire", and "Bugler". CV is $8 for the set (used). 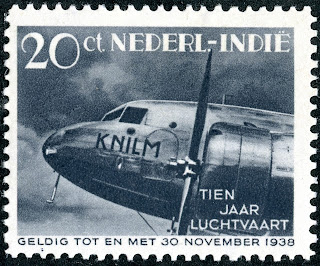 1938 Scott B36B 20c (+ 5c) slate
"Plane nose facing left", Photogravure
I picked this stamp because it has an ominous feel to it (anticipating  WWII?).
The two stamp semi-postal set was issued to honor the 10th anniversary of the Dutch East Indies Royal Air Lines (K. N. I. L. M.). The surtax was for the Aviation Fund in the Netherlands Indies. 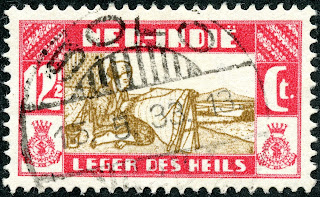 1932 Scott B14 12 1/2c (+ 2 1/2c) bright rose & bister
Woman batik dyer
Out of the Blue
I hope this selection of Dutch Indies semi-postals demonstrate the exquisite nature of these stamps for you.
Comments appreciated!
Posted by Jim at 7:00 AM