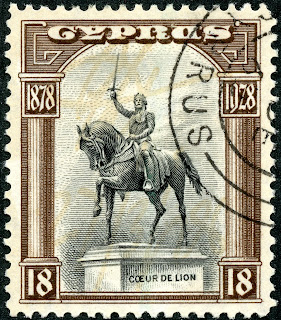 Cyprus has some wonderful pictorials between 1928-1934. Let's show them off! 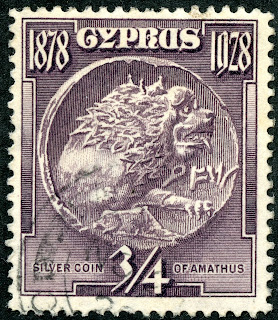 1928 Scott 114 3/4pi dark violet
"Silver Coin of Amathus"
The engraved 1938 set of ten pictorials, issued for the 50th year of Cyprus as a British colony, is particularly well designed. There is much of Cyprus and little of British influence, which is refreshing. 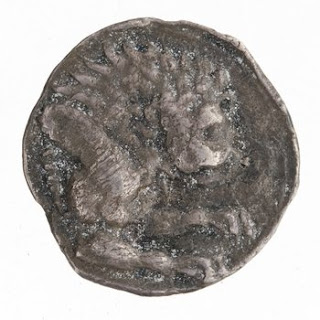 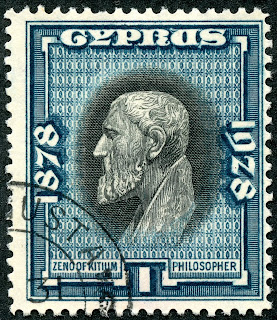 "For anyone (S) to traverse the finite distance across a stadium from p0 to p1 within a limited amount of time, S must first reach the point half way between p0 and p1, namely p2. 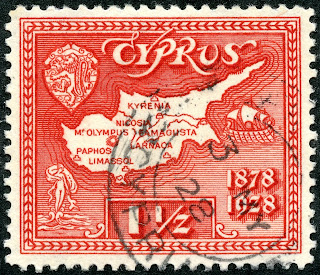 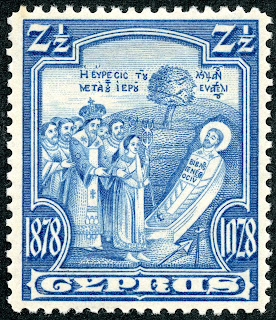 1928 Scott 117 2 1.2pi ultramarine
"Discovery of the Body of St. Barnabas"
St. Barnabas is the patron saint of Cyprus, and was thought to have been born around the same time as Christ's birth. 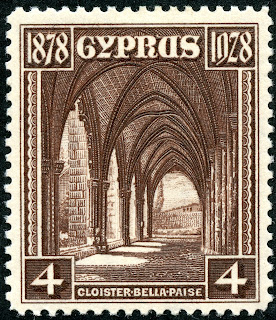 1928 Scott 118 4pi deep red brown
"Cloisters of Bella Paise Monastery"
Bellapais Abbey is the ruin of a monastery built in the 13th century by the Canons Regular. 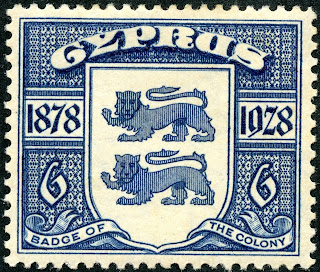 1928 Scott 119 6pi dark blue
"Badge of the Colony"
In 1960, British rule ended. Conflict between the Greek Cypriots and Turkish Cypriots continued, ultimately leading to war in 1974, and the division of the island. 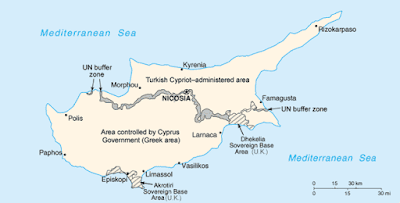 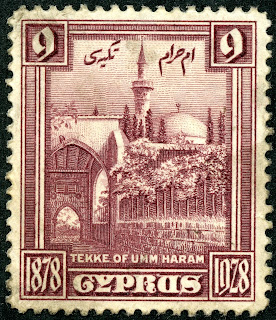 1928 Scott 120 9pi violet brown
"Hospice of Umm Haram at Larnaca"
The historic Islamic Mosque of Umm Haram , built in the 1700s, was to honor the foster mother of Mohammad. 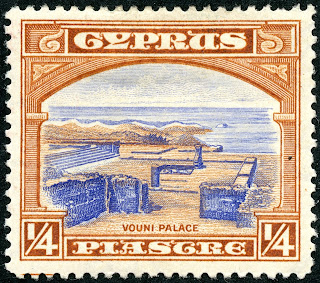 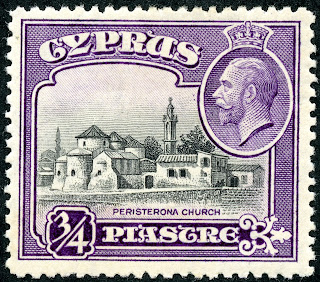 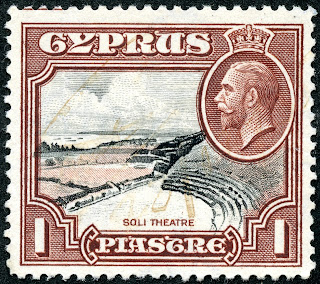 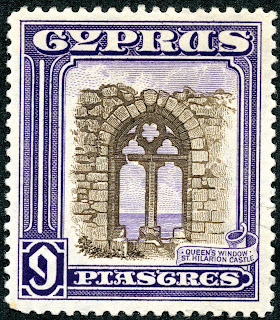 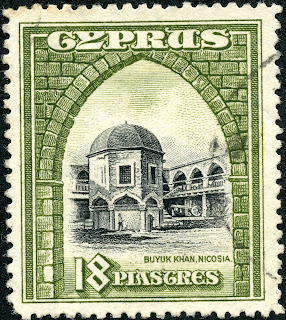 1934 Scott 134 18pi olive green & black
"Buyuk Khan, Nicosia"
I must say these scenes are most agreeable, and are full of ancient history references. For those that would like more, I've linked the stamp descriptions with a resource. 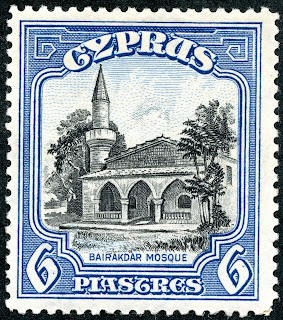 1934 Scott 132 6pi blue & black
"Bairakdar Mosque"
Out of the Blue
I hope these classic stamps will whet your appetite to learn more about ancient Cyprus!
Note: Lion's Head Coin image © American Numismatic Society (ANS): Used here for educational purposes.
Cyprus Division Map is from Wikipedia.
Rueful note: I don't think I've ever had a harder time completing a blog post as this one. It sat for a month without me finishing it. True, I was quite busy with other things.
Comments appreciated!
Posted by Jim at 7:00 AM