Does anyone, besides stamp collectors, know about the tiny island in the Indian Ocean called Mohéli (aka, Mwali)? It’s the same size as Fresno, California, but with less than seven percent of Fresno’s population.

Even so, as it turns out, some people do know about it.

European shipping companies have depended on Mohéli ever since the early 1500s because it’s located in a major maritime trade route. Much earlier, Arab and African sailors conducted business there.


Lots of humpbacks surface and forage near Mohéli. Years ago, but no more, they attracted whalers to the surrounding waters. Today, adventure-seeking tourists swim with Mohéli’s whales. 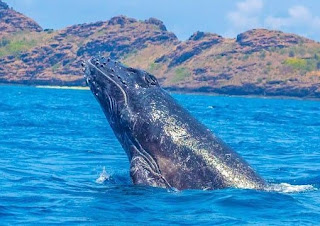 A map of 18th Century British trade routes (shown) reveals Mohéli’s centrality to world commerce. This importance continues, although to a lessening degree, into the 21th Century.

The red dot pinpoints Mohéli and its sister islands (1) 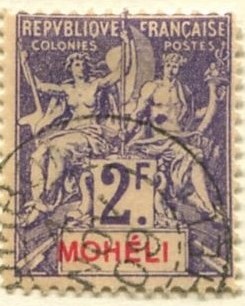 Still, Mohéli remains obscure with a weak economy. Its sister islands have a few advantages -- more land, deeper berthing for ships, better access to fuel and provisions -- but they’re obscure and weak, too.

The Suez Canal (opened 1869) made things worse. Commercial shipping declined headlong. By the time the “Navigation and Commerce” stamps arrived (1906 for Mohéli, a decade or more earlier for the sisters), navigation and commerce were sorely ailing. However, military logistical importance continued and, as strategists warn, that would increase sharply if terrorists bombed the Suez Canal or regional instability shut it down. 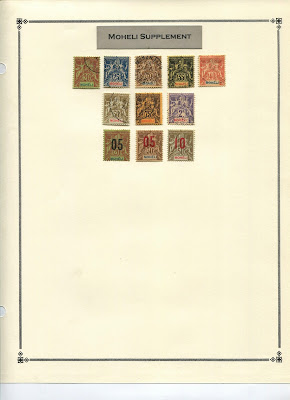