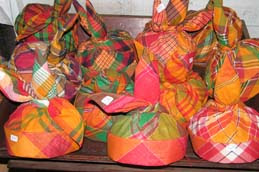 There’s more to women’s headgear in Martinique than a casual observer might suspect. And, I suspect, the two French colonial stamp engravers who featured Martiniquan Creole headgear in their designs -- L. Colmet-Daage and Ch. Rollet -- were clueless, too. 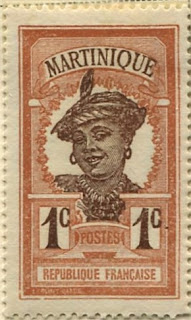 The story goes back to the time immediately following the emancipation of slaves. Freed black women, although no longer laboring on sugarcane, banana and cocoa plantations, were still forbidden to wear hats. Hats were considered symbols of coquetry and propriety; only white women had the right to wear them.  A 1779 ordinance about fashion specifies: “We expressly forbid [the free people of color] to affect through their clothing, hairstyles, dress or apparel, a reprehensible assimilation of the way in which white men or women attire themselves.…”(1) A black woman in a hat, the legislators must have thought, would prove irresistible to a planter-class male.

Although hatless and suffering under other coercive sartorial restraints, Black Creole women did want to appear distinguished and refined. So, they added to their code-specified ensembles brightly colored madras scarves and headpieces. Madras cloth was probably introduced by plantation workers emigrating from India following emancipation, some of whom came from Madras (Chennai).

The number of spikes or poufs on the headpieces, as highlighted on Colmet-Daage’s and Rollet’s stamps, eventually came to signify the kinds of romantic attention the wearer would accept. 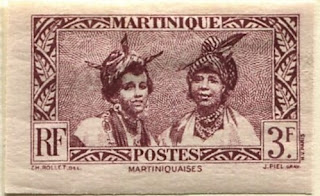 According to Creole tradition, one spike announces "the heart is free for you to win;” two spikes suggest "the heart is already taken, but luck may smile on the bold;" three spikes mean "the heart is linked by marriage, so don’t bother;" and four spikes say "the heart still welcomes all lovers who try.” A postcard from the 1930s (?) illustrates these significations. 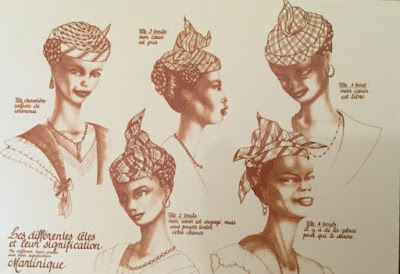 The fifth headpiece, upper left, is ceremonial and lacks a romantic hint

Do you suppose Rollet knew what the spikes meant? I don’t know for sure, but suspect not. French colonial stamp designers, Rollet and Colmet-Daage included, usually based their sketches on photographs or postcards. They weren’t ethnologists and they didn’t use live models who might tell them about meanings hidden in what they were drawing. Nor did they live in the colonies whose stamps they contrived; they didn’t even visit there.

While working on her master’s degree, Mylène Florentin discovered a photograph that Rollet probably used for #169 (see below). Her thesis on the stamps of Martinique, well worth reading, identifies symbolic elements represented in stamps and explains the messages they convey. (2) 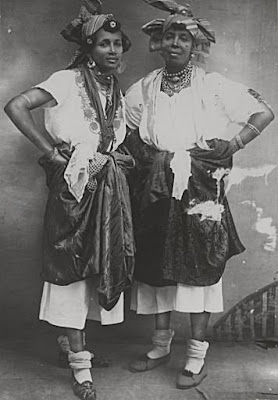 The photograph, which likely predates the stamp by several decades, shows clothing acceptable for free black Creoles -- white blouse, two skirts (one colorful and the other plain muslin), and silver jewelry. The women have rejected the white cotton headpieces that were specified in former times and donned flouncy madras. More recently, madras headpieces have become internationally popular among style-conscious women and political activists. Vendors gladly promote romantic interpretations of the spikes. 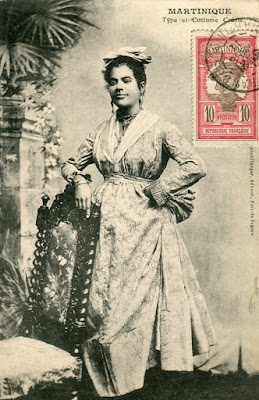 Unlike a certain country that has a predictable key plate design of the current monarch for all of its colonies, the French provide designs specific and appropriate for that possession, at least after the "Navigation and Commerce" issue. Vive la France! But as Bud shows, their stamp designers worked off of photographs and postcards with little true understanding of cultural meaning. 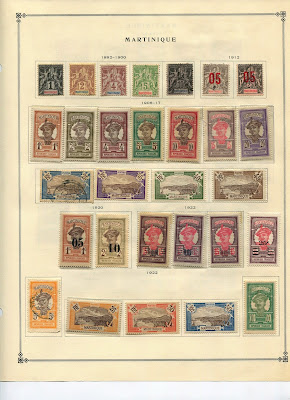 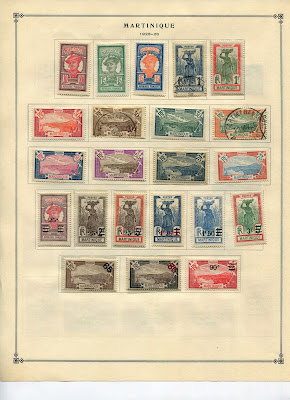 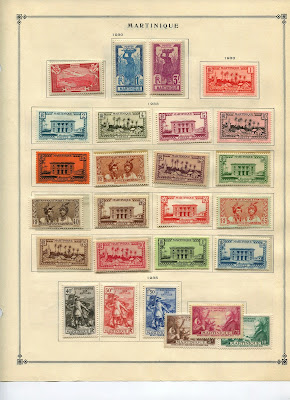 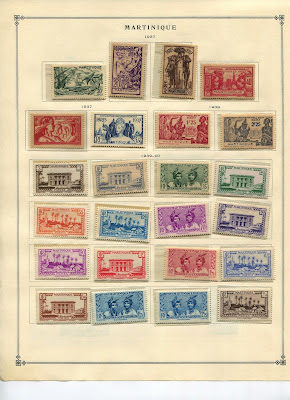 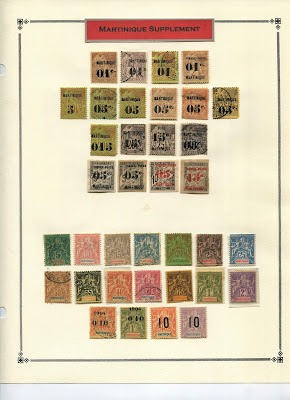 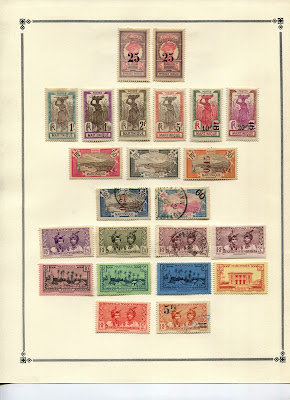 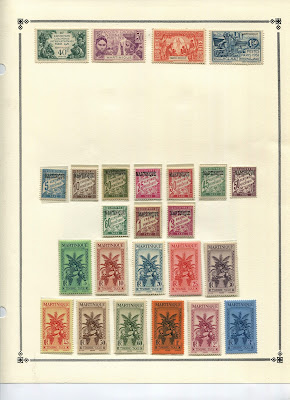 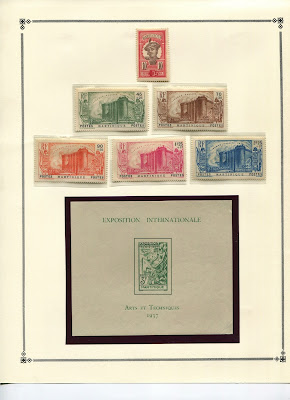 Comments Appreciated!
Posted by Jim at 7:00 AM