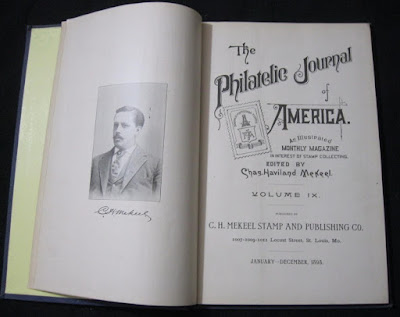 For amusement, I’ve recently taken to reading 19th century philatelic journals, especially the notices about “new” stamps. They represent the first commentary on the stamps that now populate our Big Blues.

Much was written, back then, about the federal Leeward Islands stamps (meant to replace the stamps of Antigua, Montserrat, St. Christopher, Nevis, the British VirginIslands, and Dominica).

The Philatelic Journal of America welcomes the Leewards’ 1890 key plate stamps. “The process that replaced the stamps of all the provinces of Canada by those of the Dominion alone and which substituted one issue for those of the many Leeward Islands, will certainly be many times repeated….”1 The author, identified only as Judex, predicts that colonies in Australia, South Africa, West and Central Africa, and Malaysia will also soon consolidate stamp production.

Judex was right. He further observes that prices for the obsolete colonial stamps will rise “phenomenally.” Right again. Yea! Judex had his eye on value.
And he predicts, eventually “John Bull will give us but one set of British stamps for the whole world and, then after a few years, what prices his old-time colonials will bring.” Wrong. “Perhaps after many years,” his dreaming continues, there will be “adoption of universal postage stamps for the whole postal union.”2 Wrong again.

Judex did not foresee (I can’t blame him) that stamps for individual islands would re-emerge to coexist with the federal stamps, both in the Leewards and Malaysia. He didn’t understand the limits of federation -- it’s harder to pull off with islands than with mainlands like Canada and Australia where the federal stamp hegemony prevailed.

One set of stamps for the entire postal union? Not in Judex’s lifetime. Nor in mine.

Another example: An unsigned notice in The American Journal of Philately (not to be confused with The Philatelic Journal of America) describes the Leewards’ newly released 1897 Jubilee issue, then concludes with this caution: “These stamps may be very interesting from the standpoint of loyalty, but we hope that collectors will close their purse strings against them.” 3 Queen Victoria’s hand stamped anniversary overprints were deemed unnecessary and were issued too sparingly to justify being collected. They’re merely a “pretty speculation.”

So, I’ve speculated on only one of them, currently the cheapest of the set (see right end of top row, supplement page).

Jim's Observations
Composed of a group of quarrelsome sibling islands looking out for their own interest, the Leeward Islands Federation was only partially successful. They were rivals in selling their products (The sugar trade). St. Kitts and Nevis opposed sharing government funds with bankrupt Antigua and Montserrat. Unpopular though it was, "the one governor, one set of laws" for the Leeward Islands remained from 1871 until it was dissolved in 1956.

During 1890-1903, all of the islands were using the "Leeward Islands" stamps exclusively if my reading is correct. So, for this time period, the Leeward Islands stamps should be "abundant" and found (cancelled) for all the islands. Could make for an interesting postmark side collection. ;-) 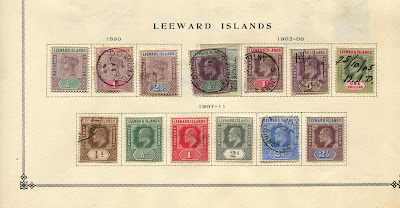 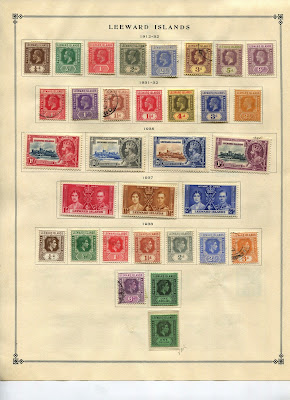 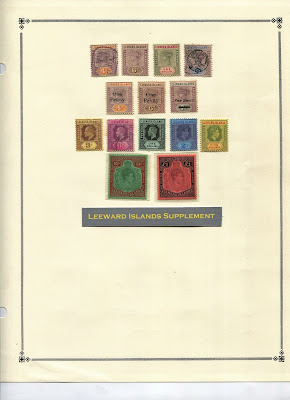