Hermes (Mercury) monopolizes the first 40 years of Greek stamps then, with the help of other Olympians and their lessers, continues to predominate through the end of the classical era, cresting with the spectacular airmails of 1933.

It's not surprising. Known for his fancy footwork, Hermes traveled freely between the mortal and divine worlds as a luck-bringing messenger of the gods. He was conceived and born in a single day, then leaped from his crib to steal Apollo’s cattle. Apollo forgave him and, in trade for a lyre Hermes had fashioned, let him keep the cows.

So, Hermes is thought to rule over trickery, trade, travelers, border crossings, and thieves -- all of which appertains to world-wide stamp collectors. He’s our guy.

The first supplement page shows an assortment of Hermes heads, organized by face value, awaiting proper identification according to the Hellas Catalogue. Their tribe has increased since the scan was made.

Hermes crosses many of Big Blue’s philatelic borders. His likeness appears on stamps of Hamburg, Australia, Brazil, Austria, Portugal, Liberia, and Uruguay, among others. His winged hat pops up on US E7, presumably to ensure prompt special deliveries.

Curiously, the stamp designs authorized by the Greek Republic, beginning in 1924 and continuing for about a decade, abandon the gods. More recent heroes were chosen instead -- Lord Byron, General Fabvier, three admirals, and the like. By 1933 the gods were returning, supremely so with the airmails mentioned above and the Pallas Athena 1937 3 cent.

Which reminds me of David Bowie’s “Pallas Athena,” the grim, ominous lyrics of which are:
God is on top of it all
That’s all


Holds true, it would seem, for early Greek stamps. 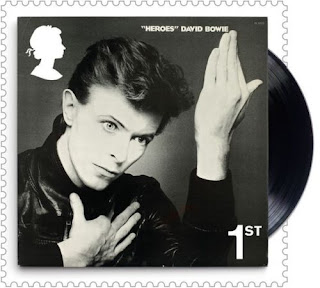 David Bowie, a modern Hermes commemorated on a 2017 UK stamp

Error alert: The first Health allegory on page 9 should be RA 49, not RA 52. The RA 52 has been swapped for the RA 49 showing in the supplement pages.

The first stamps for Greece were the large Hermes Heads, followed by the small Hermes Heads between 1886-1895, and then a pictorial series for the first modern Olympic Games held in Athens in 1896.

As one can imagine, the classic designs combined with ancient Greece classical motifs have made Greek stamps highly popular among philatelists right from the beginning.

For those puzzled by the complicated catalogue parsing for the large Hermes Heads, check out my "Hermes Heads" blog post (link below). 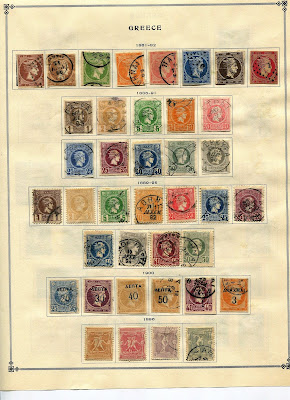 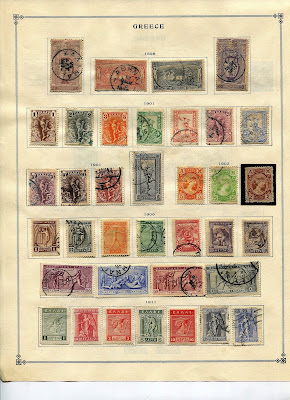 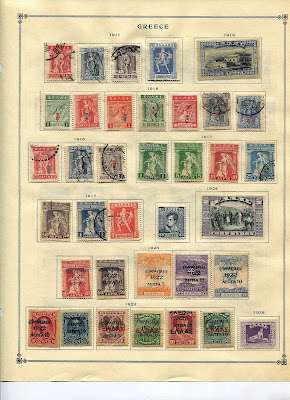 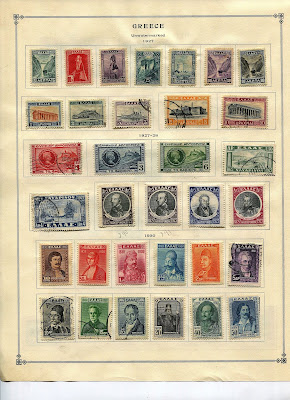 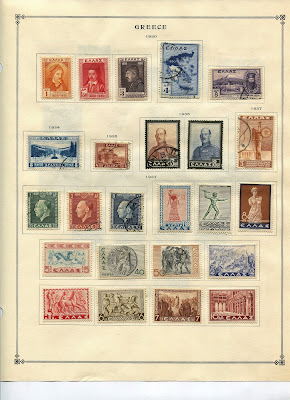 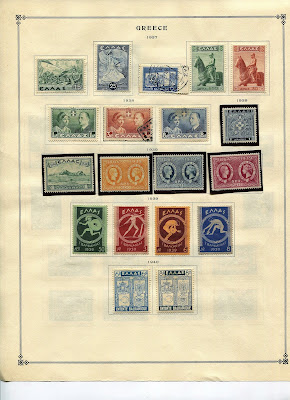 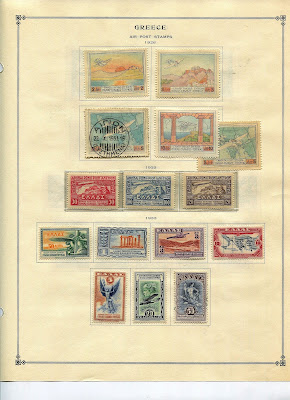 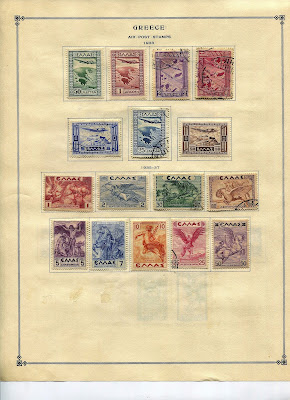 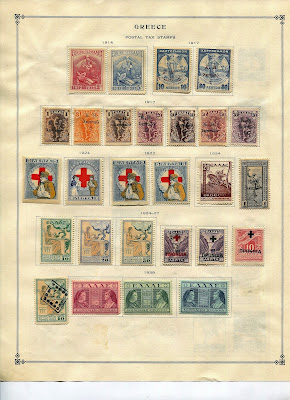 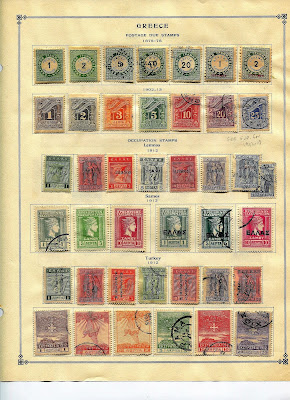 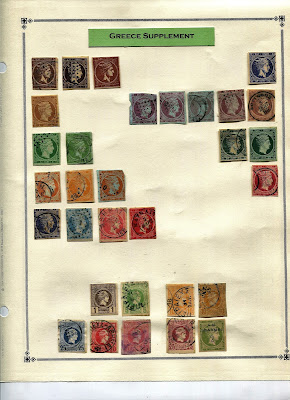 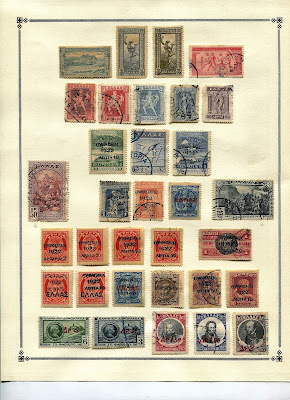 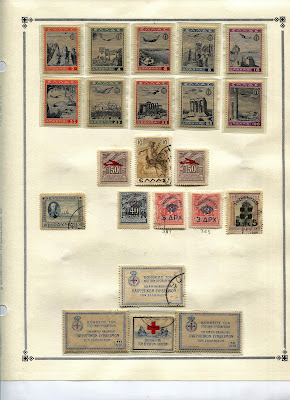 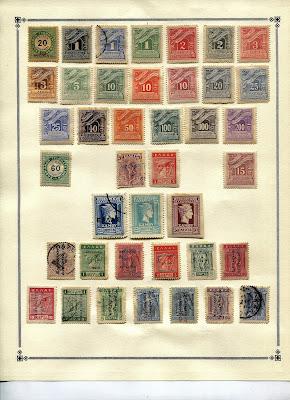 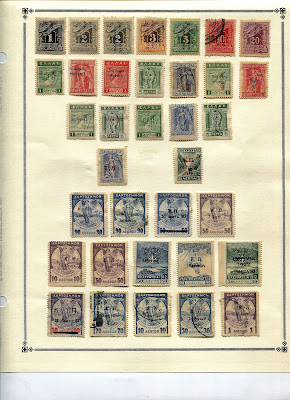 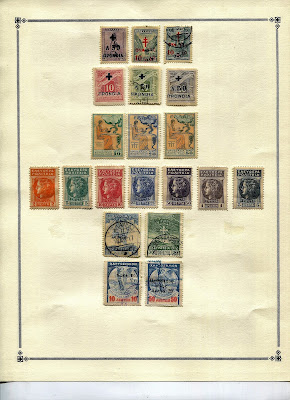