Christiansborg Castle makes the scene, literally, on many Gold Coast and Ghanaian stamps; Big Blue has spaces for 16 of them. Also known as Osu Castle, it changed hands among Swedish, Dutch, Danish, Portuguese, the Akwamu, British, and post-Independence Ghanaian authorities, becoming at several points the seat of government. It attained prominence among Ghana’s 17th century castles (forts, lodges, trading posts) that dotted the coastline. Some 30 such survive today.

1940s and 50s
The Swedish African Company built the first lodge in 1657.  Then, after some shenanigans and deceptions, the Danes acquired, rebuilt, and named it Christiansborg (Christian’s fortress, after the royal house in Copenhagen). At various times in its history it served as a trading post, garrison quarters with a Roman Catholic Chapel, a prison and port of departure for slaves, the seat of British colonial government, a museum, a psychiatric asylum, and a constabulary dining hall. Although greatly damaged, it survived an earthquake. Until recently the President of Ghana lived in it. Guests at Christiansborg include Queen Elizabeth, for whom a special apartment was built, and three US presidents.

That's a lot of change for one building, but it is almost 500 years old. A careful observer can find traces of multiple retrofittings, although most have been hidden or demolished. 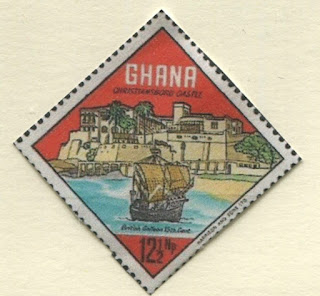 1967
Objections surfaced to Christiansborg continuing as the seat of Ghanaian government because of its previous involvement in slavery. That’s not surprising. Christiansborg, like Ghana’s other castles, was a slave fortress and a portal of no return for people regarded as being no more than commodities and cargo. Some six million of them endured dreadful conditions in these whitewashed castles, the last view of their homeland, before shipment to the New World.

The opposition won. Flagstaff House is now the presidential palace and seat of government.

British colonial stamps of the late classical era, for most colonies, feature assorted scenic views. Why only Christiansborg for Gold Coast? 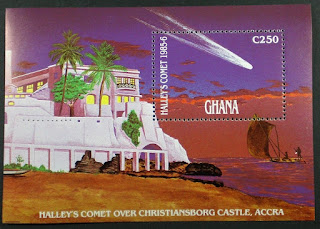 Jim's Observations
With the defeat of the Ashanti in 1874, the British proclaimed the former coastal protectorate a crown colony, the Gold Coast Colony, on July 24,1874.The Ashanti people were and are the major ethnic group of the Gold Coast (now Ghana), and established an empire in west Africa lasting from 1700-1896.


The peace treaty required that the Ashanti give up any claim to the coastal territory, and the British proclaimed a protectorate over the interior Ashanti kingdom. The British sphere of influence gradually expanded, and the Ashanti territory became part of the colony in 1901 after a final defeat.

The Capital of the newly formed  Gold Coast Colony, between the French Colonies of Dahomey and the Ivory Coast, was moved to the former Danish castle at Christiansborg in Accra. 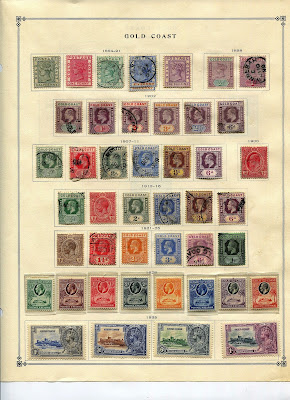 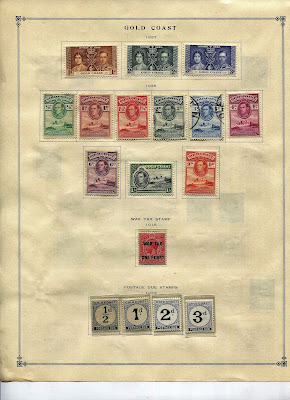 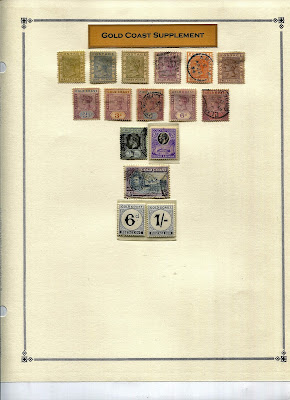