One might wonder why the French bothered to colonize West Africa. A continuously deteriorating economy, spreading desertification, and ungovernable peoples might have dampened their ambitions.

They wanted West Africa to have European style frontiers with defined borders that separate neighboring colonies; Africans identified with cultural centers which had, if any, fuzzy boundaries. The French wanted to bestow the benefits of European civilization; the Africans were ambivalent about that, sometimes resistant. Neither the French nor the local leaders understood the importance of these differences in territorial negotiations like the one pictured above.

So, none of the ever-changing lines the French drew on West Africa maps worked very well on the ground.

With the exception of the common designs, all French Sudan stamps depict the Sahara -- camels, caravansaries, and desert life. The one showing the entrance into Djénné, a seat of ancient high culture and prosperity similar to Timbuktu, offers a clue about the persistence of French colonial efforts in the area. Might the romance of recovering lost, great civilizations have been their motivation?

Jim's Observations
French Sudan ( Soudan Français) was a colony that was part of French West Africa.
The colony first existed from 1890-99. The "Navigation and Commerce" issues were produced for French Sudan during 1894-1900. Then in 1899 the colony was split up and divided between Dahomey, French Guinea, Ivory Coast, Senegal and Senegambia and Niger. From 1906-21, part of the territory was known as  Upper Senegal and Niger.
The colony was reborn in 1921. Issues for French Sudan (under French West Africa administration) were resumed in 1921 with overprinted Upper Senegal and Niger stamps. 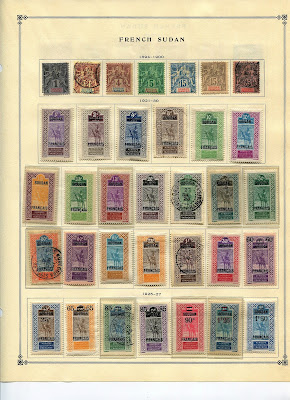 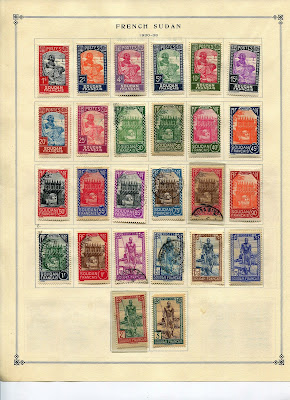 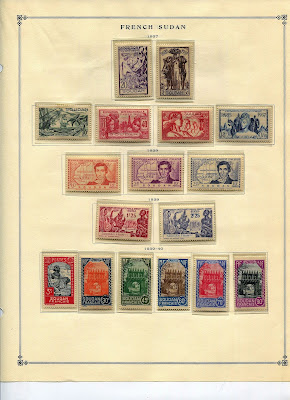 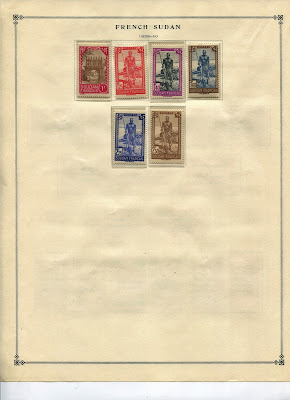 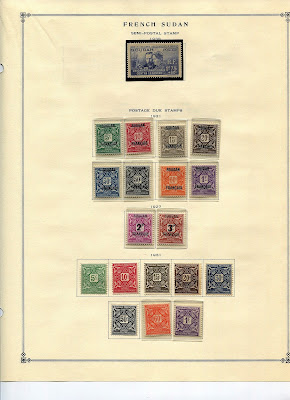 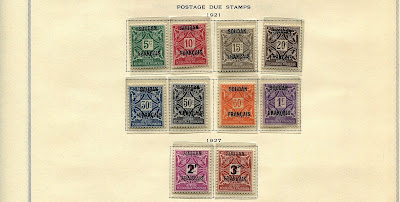 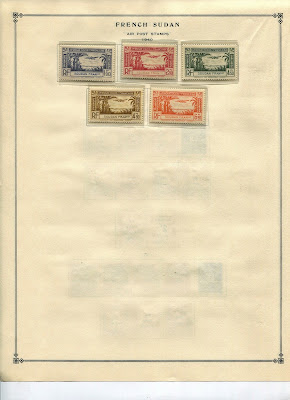 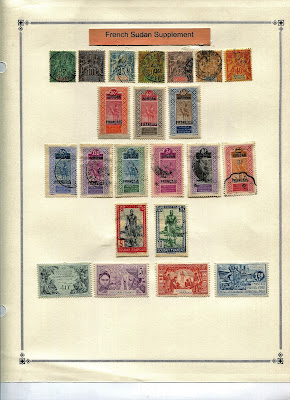 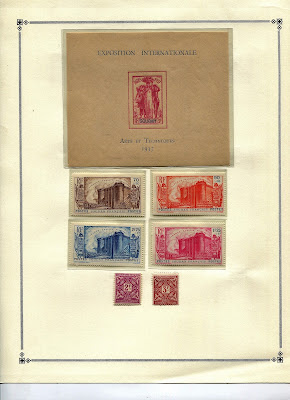