Paul Gauguin’s art must have influenced French Polynesia’s stamp designers long before his paintings actually show up on their stamps. Enraptured by the natural beauty of Tahiti and island peoples, the designers entirely omit colonial founders and dignitaries. Early French Catholic missionaries don’t make the cut, nor does the first European visitor, Ferdinand Magellan. No James Cook, no Louis Antoine de Bougainville. The romance of the 100+ island collectivity prevails utterly, philatelically speaking, except for a few common designs shared among the colonies.

Papeete cancels are common. The first scan shows an Auckland NZ cancel, Auckland being where many mail ships originated.

Census: 104 in BB spaces, 37 on supplement pages. On a separate page in the “T” section, BB reserves three additional spaces for Tahiti overprints.

Jim's Observations
The French Oceania colony stamps began in 1892 with the familiar "Navigation and Commerce" issue. They were imprinted as "ÉTABLISEMENTS DE L'OCEONIE". French Oceania continued until 1946, when the Polynesians were granted French citizenship. Then the islands status became an overseas territory, and the name was changed to Polynésie Française. 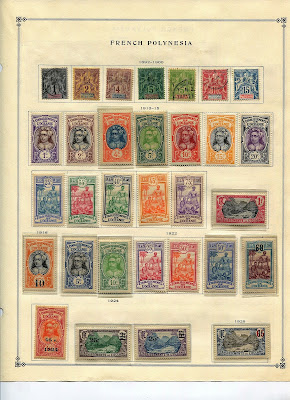 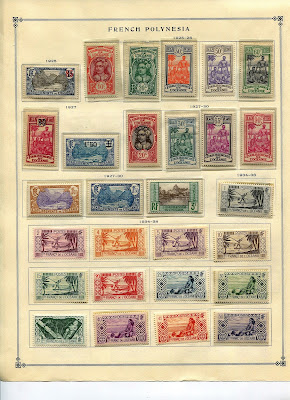 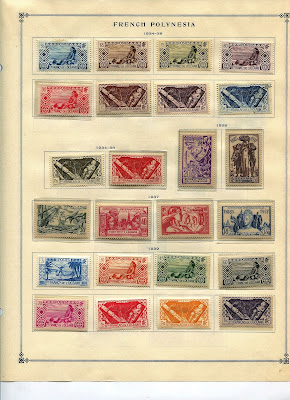 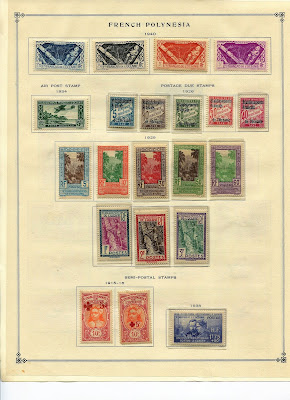 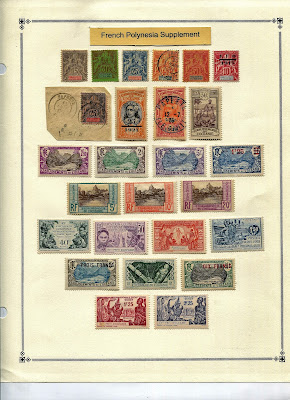 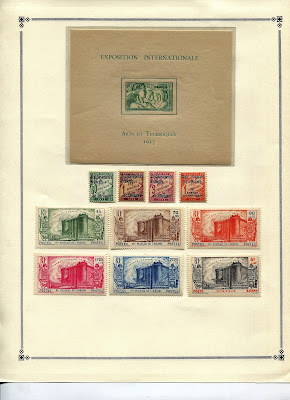