The Tsar’s 1900 russification plan abolished the use of Finland’s 19th century stamps, but protests flourished. Finland’s senate voiced disapproval, but that didn’t change matters. A “mourning” stamp (see above) was privately created for placing on mail along with the Russian-mandated stamps. It came in two varieties; the “1” on the back has either a concave or a straight head serif (also above). Profits from sales surged and went to support education. A forgery, slightly different from the original, appeared. Then, Imperial Russia banned the use of such propaganda. If one of these pops up in your feeder album, you’ll notice it.

Scans often show problems that went undetected beforehand. Two Russian interlopers have displaced two Finnish stamps (see lines for 1891-92 below). These, too, have been banned and replaced, even though they resemble the Russian-approved Finnish stamps, because they lack the circled dot motif.

Discovery of the Russian interlopers led me to overhaul the Finland pages since the scans were made. Changes include: shifting all 20th century definitive issues for which BB does not provide space to the supplement pages; placing Scott #110 (as Jim suggests) in the blank space on page two, end of line five, instead of what’s shown on the scan; and adding Finland’s only classical era airmail stamp, a 1930 zeppelin overprint on Scott #178. Changes and additions resulted in 68 being currently on supplement pages.

The Finnish "Imperial Arms of Russia" era is a Finnish-Russian identification minefield for collectors. I found even carefully put together collections of Finland with Russian interlopers on the album page, so clearly these designs can be an identification problem for the general classic WW collector.

Scott states: Finnish stamps have "dot in circle" devices or are inscribed "Markka", "Markkaa", "Pen", or "Pennia". A good thing to heed. !! 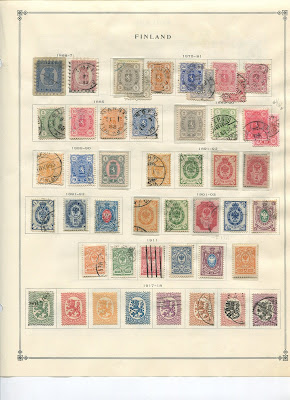 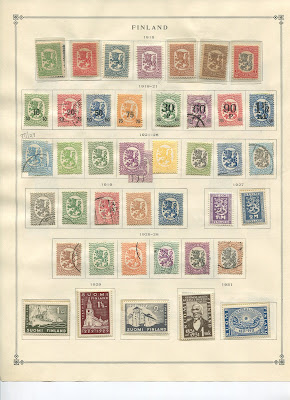 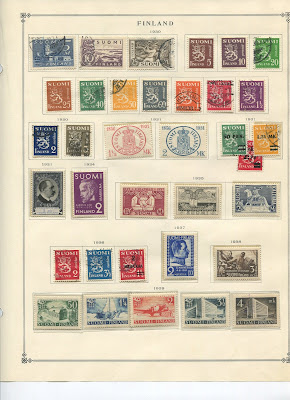 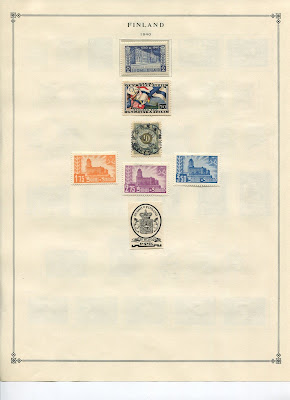 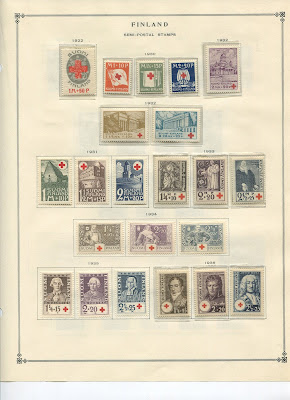 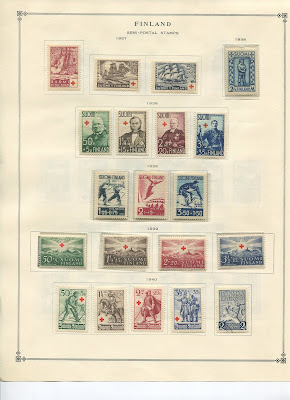 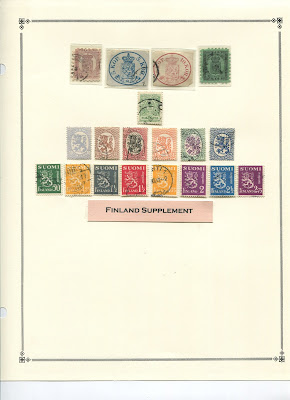