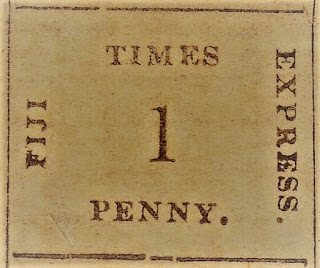 Because Great Britain was slow in issuing stamps for Fiji, a newspaper stepped forward to fill the void (see above). The operation was quickly shut, but the stamps command high prices if they’re genuine.

The blue one penny with the left corner void (top row page 1) is a known variety. Several early Fijian stamps have rosy asking prices on internet auctions, but they sell poorly. For optimistic dealers Fiji has become Fantasy Island.

The earlier issues are expensive. But more notably, except for two stamps, they do not show a portrait of Queen Victoria. Rather, they have a "Crown and C.R. (Cakobau Regina)" or a "Crown and V.R. (Victoria Regina)" design, or a "V.R." overprint. 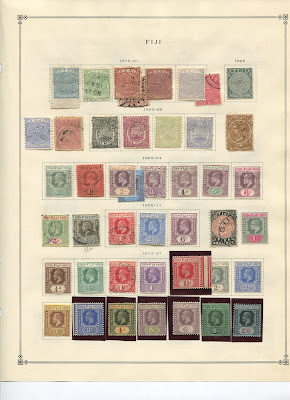 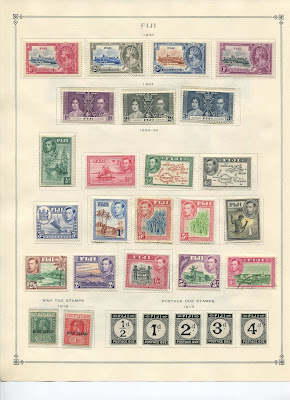