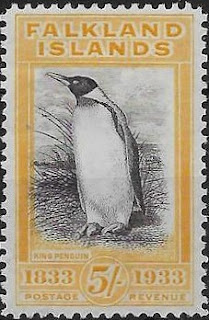 King Penguin: One of only a Few
Bud's Big Blue
Bud's Observations

Conclusion: Commoners and rats are under represented on classic era Falkland Islands stamps.

Jim's Observations
Really, quite interesting issues, although the color varieties of the Victorians are challenging indeed. The 1933 Falkland islands twelve stamp pictorials probably rank as one of the all time great British colonial stamp issues. Unfortunately, besides the first two ( the 1/2p & 1p), the next six are generally in the $20-$50 category, and then goes up from there. 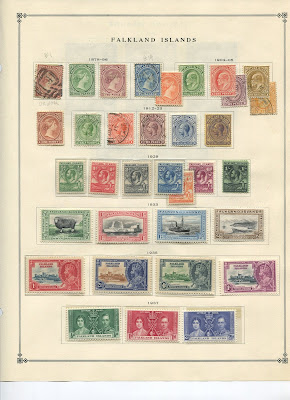 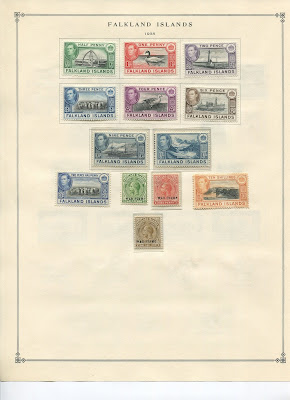