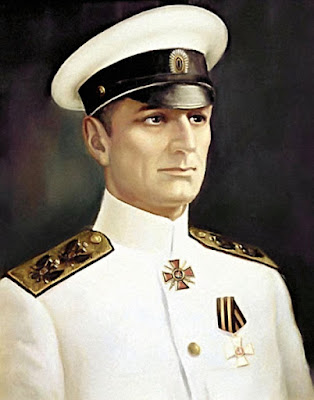 When stamps of the Far Eastern Republic (FER) speak, they tell tales of the Russian Revolution’s searing flames, of White Russia’s leaders being executed, of refugees running for their lives. They complain about being postal service in a hapless buffer state between Red Russia and the forces of Japan. They recount initial hopes that all Russians might get along, and how those hopes collapsed into bloody war. They chatter about why there were so many different stamp issues in so short a time. Some say they’re Bolsheviks, others claim a Cossack connection. Some whisper about their mysterious origins, secrets they’ve hidden to confound philatelists.

If you hear your FER stamps speaking, pay attention. Then call a psychiatrist.

Using the key word “Chita” will turn up fugitive FER stamps in internet auctionland. As might be expected, forgeries burgeon. Combine historical study of FER stamps with those of Japan in China.


Census: eight in BB spaces, 14 on supplement page. Six have been added since the scans were made.

Jim's Observations
The Far Eastern Republic was basically set up as a buffer state between  the Russian Soviet Federative Socialist Republic (which largely controlled the Far Eastern Republic), and the territories occupied by Japan during the Russian Civil War. The Republic existed from April 1920 to November, 1922.  When the Civil War ended and the Japanese left Vladivostock, Soviet Russia then absorbed the territory. 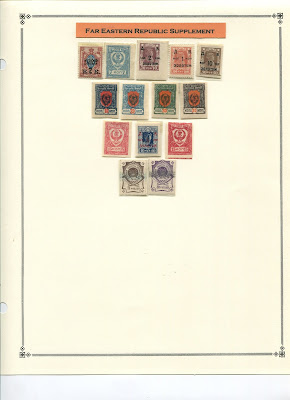