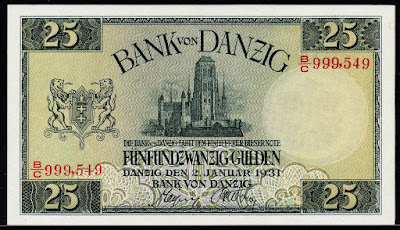 The Free City of Danzig, being set apart by the Treaty of Versailles and protected by the League of Nations, began issuing stamps in 1920. They continued until 1939 when Germany gained complete control.

The flow of stamps in Danzig is similar to that of The Saar. Both begin and end under similar circumstances. They start with German stamps overprinted “Danzig” and “Sarre”, move shortly thereafter to stamps of their own design (some of which are true works of art), then end abruptly before WWII. Take, for example, Danzig’s art deco series of semi-postals (page 5). Stunning! The same is true for the monochrome etchings of Danzig’s remarkable architecture.

I’m particularly taken by the image of St. Mary’s church (see supplement Page 2, Scott #s 198 and c34). One website reports this structure “is currently one of the two or three second largest brick church in the world, and one of the two or three largest north of the Alps". Well, anyway, it’s pretty big. The above banknote shows another view.

Philatelic footprints of the Versailles Treaty and the League of Nations show up repeatedly throughout BB. They return in Samoa, Spain, Cameroun, Togo and especially Switzerland, among other places. I’ve made the League of Nations my specialization, so get ready for more about it.
BB also has slots for Polish Offices in Danzig (Gdańsk) in the Poland section.

Then many of the 1921-23 stamp issues (Including the overprinted Official stamps), that are one Mark or higher denominations for that issue have a faint gray network- like a spider web- printed on the paper.

Also, a slight goof on BB's part. Under Officials, BB specifies the "1000m brn & red" stamp, and provides a vertically orientated space.(See scan 6b.)  But the stamp that fits - O41 - is horizontal.
Fortunately, the space is at the end of a row, and the stamp is not very wide, so squeeze it in! 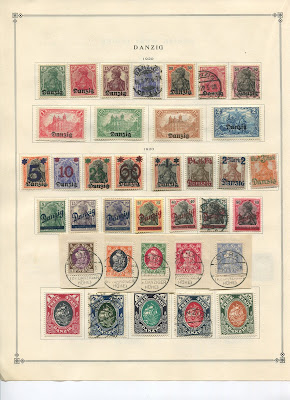 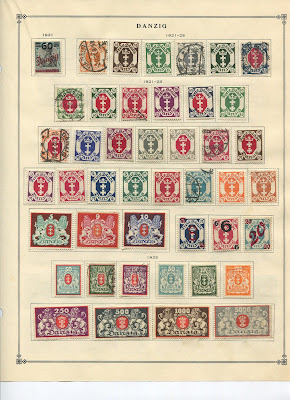 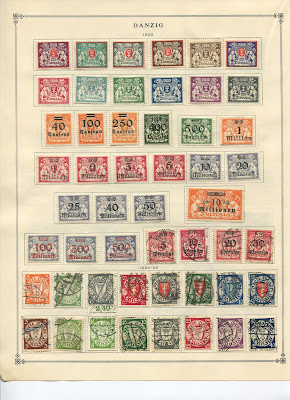 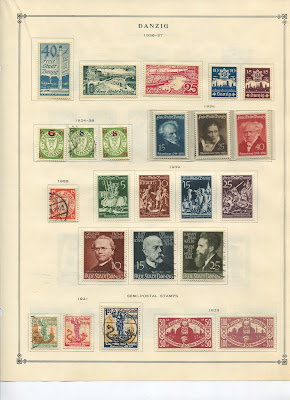 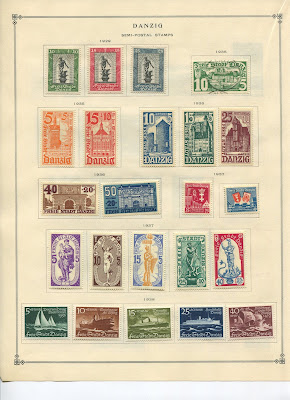 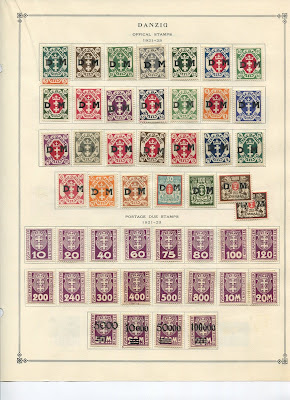 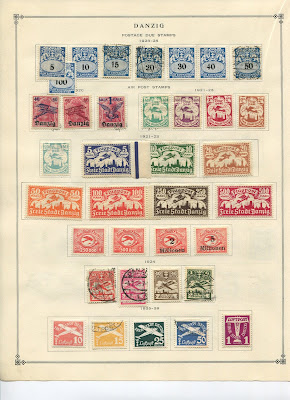 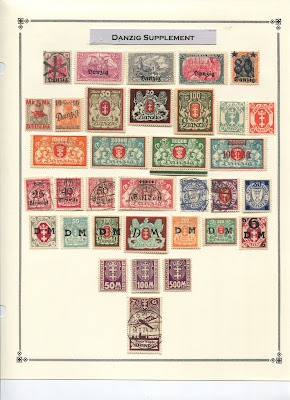 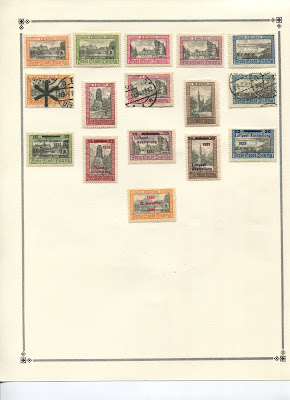 Note:  Banknote scan appears to be in the public domain.