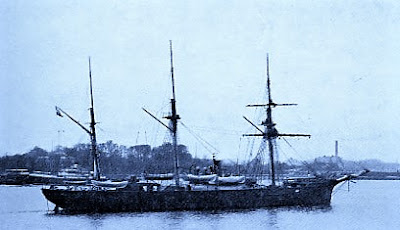 The image of Ingolf, a three-masted  iron steam schooner with Danish registration, on Scott #s 37-39 provides a welcome change of pace (see supplement page). Shown on the stamps in full sail steaming through St. Thomas Harbor, Ingolf not only served DWI but also logged many distinguished oceanographic research voyages.

Jim's Observations
The U.S. bought these Islands for 25 million dollars from Denmark in 1917, becoming the U.S. Virgin Islands. But prior, these islands (St. Thomas, St. John, Santa Cruz) in the West Indies east of Puerto Rico were a Danish Colony.

The Danish issues proper began in 1856. Since letter writers from the DWI never numbered more than in the hundreds, genuine used copies are generally more expensive than mint copies.

Nice selection by Big Blue, and I found NO additional stamps ( cutoff $5) to suggest for the Big Blue collector. That of course means the price of DWI stamps are dear. There are 25 stamps between $1+-$10. There are 12 stamps over $10+; 5 of them at or over $25. None however climb into the >$35 "most expensive" list.

The 1873-79 Numeral issue is quite complex. There are many minor numbers for normal frame/inverted frame,color variations, and paper thickness. It would behoove the BB collector to be able to identify and separate the normal frame and inverted frame varieties. 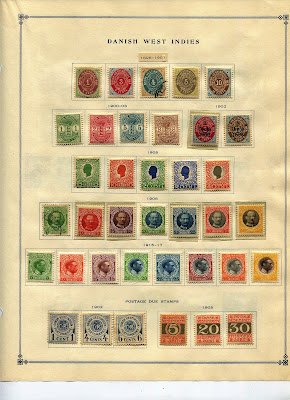 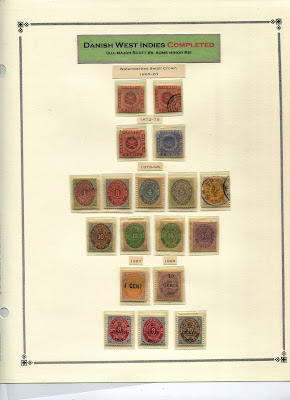 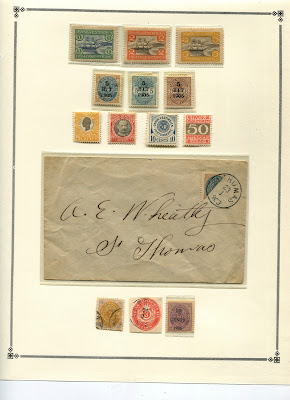 Note: Ingolf schooner photo appears to be in the public domain.