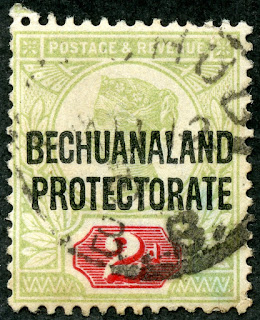 Yikes! Another interloper (page 1, fourth stamp). The overprint should read not “British Bechuanaland” but “Bechuanaland Protectorate” (see the above replacement).

So, what’s the difference?

During BB’s classic era, boundaries in Southern Africa were unsettled. In fact, the notion of national boundaries was foreign to tribal leaders. They operated on the basis of centers of power -- with chiefs and sub-chiefs -- not boundaries of authority. When the British and Dutch tried to impose European-style boundaries, they invariably got it wrong. The results: lots of bloodshed and, of less importance, lots of stamps for BB collectors.

Bechuanaland’s 1933 and 1938 crowned head series are similar to those of Basutoland, except the African scene has changed. I don’t think the baobab tree and cattle have the totemic potency of the crocodile.

Census: 36 in BB spaces, 26 on supplement pages including British Bechuanaland.

Jim's Observations
As usual, Big Blue could have been more generous with the coverage of the Bechuanaland Protectorate. But there is NO coverage of Bechuanaland, ... and never has been. 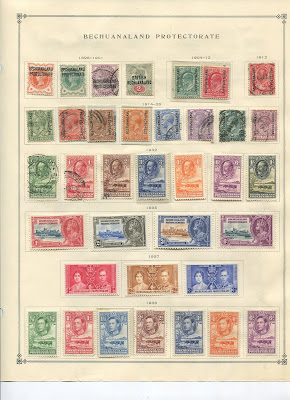 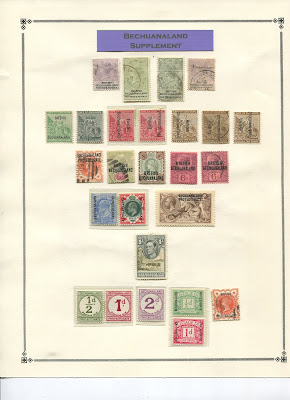