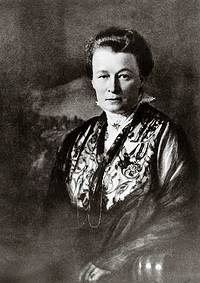 Bavarians stamps delight collectors who like place and date cancels. As the pages below show, I’m one such collector. The repetitive Ludwig III images (all 118 of them, over 40 percent of BB’s total) may seem a little boring until the overprints are taken into account. The years 1918-20 and thereafter saw much political turmoil in Bavaria with, among other disruptions, the recent defeat of Germany in WWI, the deposing of Ludwig III, a brief Soviet triumph (Volkstaat Bayern, or People's State of Bavaria, overprint), the Weimar Republic’s intervention (Freistaat Bayern overprint), and the ominous rise of Hitler.

Finding place cancels with significant dates is quite possible, as for instance the 24 February 1920 cancel (page 5, third stamp). On that day in Munich Hitler first publicly announced the program of the Nazi Party. Three years later he attempted a coup of the Bavarian Parliament. It failed, largely because of the quick actions of Ellen Ammann, the speaker of the parliament at the time. She provided safety for other members and signed the warrant for Hitler’s arrest. He was released a day later, but did not forget Ammann’s insult when he came into power.

Ellen Ammann is my grandson’s great great grandmother. She deserves a commemorative stamp in her honor.

Jim's Observations
Bavaria has very inexpensive attractive stamps, some in jumbo sizes. But the quantity-some 160 stamps in 1919-1920! The stamps also seem to be quite common in worldwide collections.
Big Blue continues to keep Bavaria in the album, while other German States (Baden, Bergedorf, Bremen, Brunswick, Hanover, Oldenberg) have disappeared since the 1947 edition. 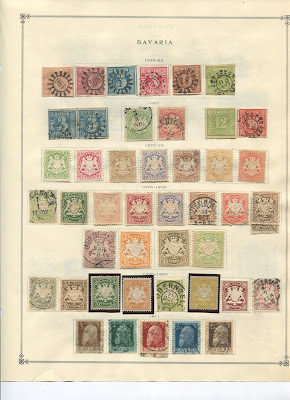 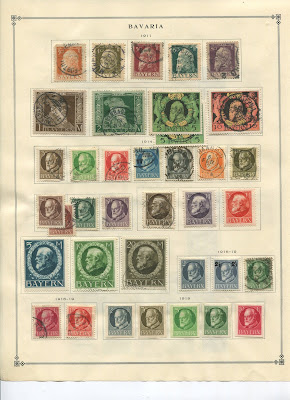 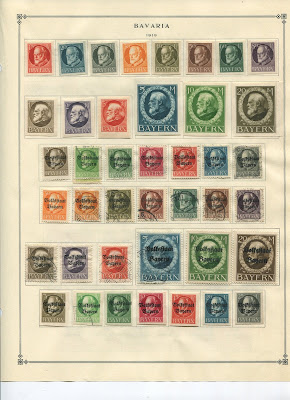 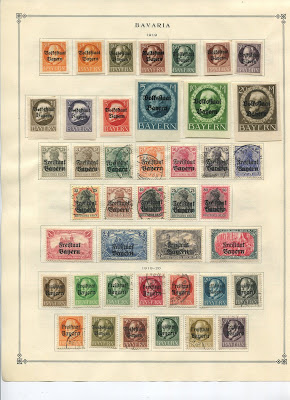 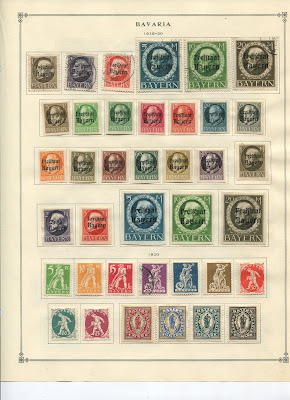 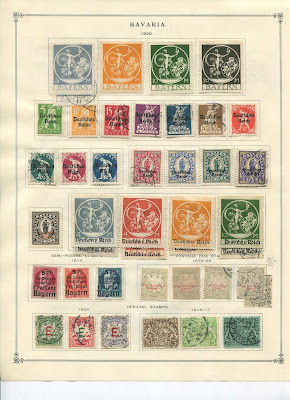 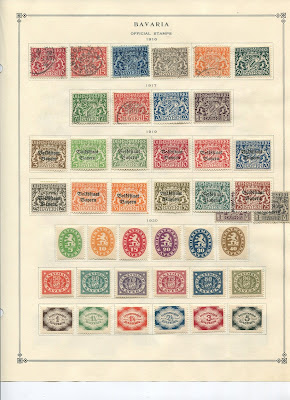 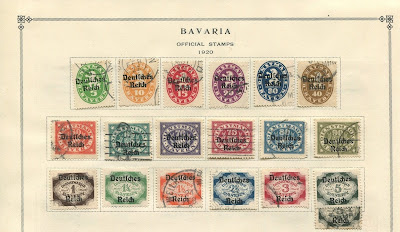 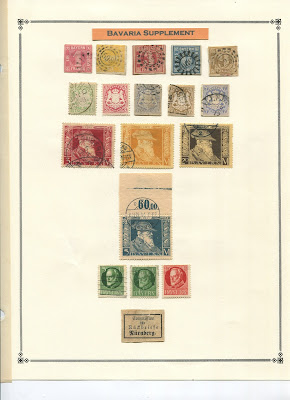 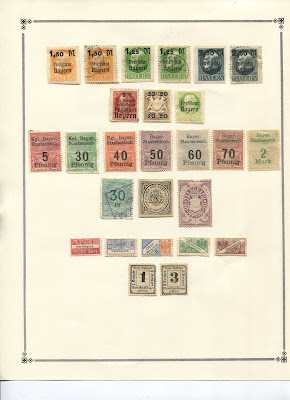