Aguera- a closer look at the stamp issues 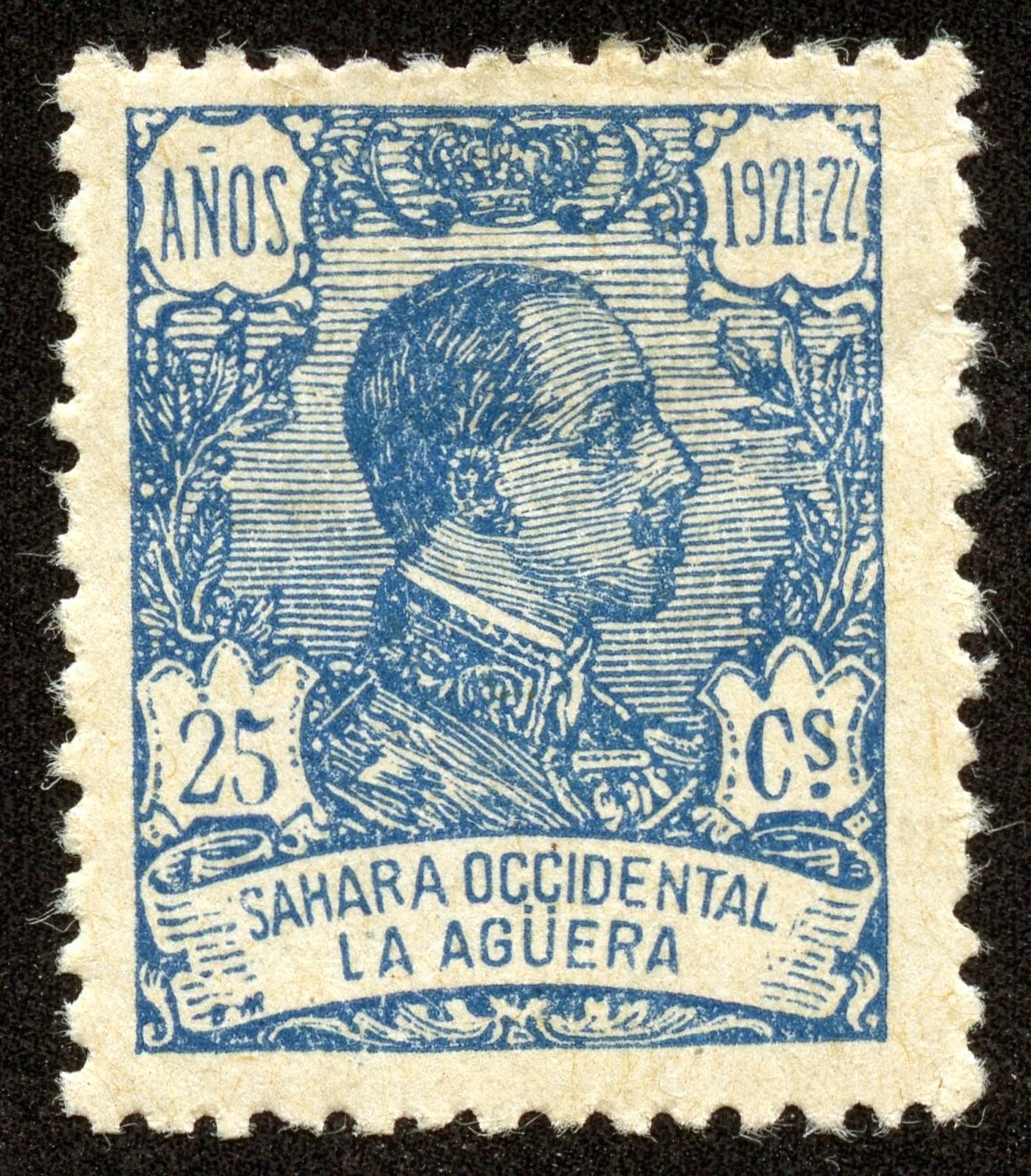 1922 Scott 20 25c deep blue
"King Alfonso XIII"
Into the Deep Blue
The 2011 Scott Classic Specialized catalogue has, for Aguera 1920-22, 26 major descriptive numbers. Of those, 18 are CV $1+-$2+. The stamps of Aguera are affordable for WW collectors, but there is a catch....One has to find them. ;-) They tend not to be found often in general WW collections, at least in the United States. 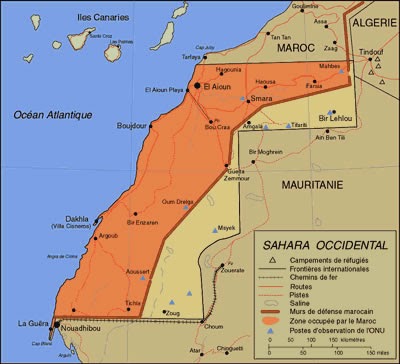 La Aguera, or La Guera, is located on the southwestern edge
of Western Sahara
A closer look at the stamps and issues
100 Centimos = 1 Peseta 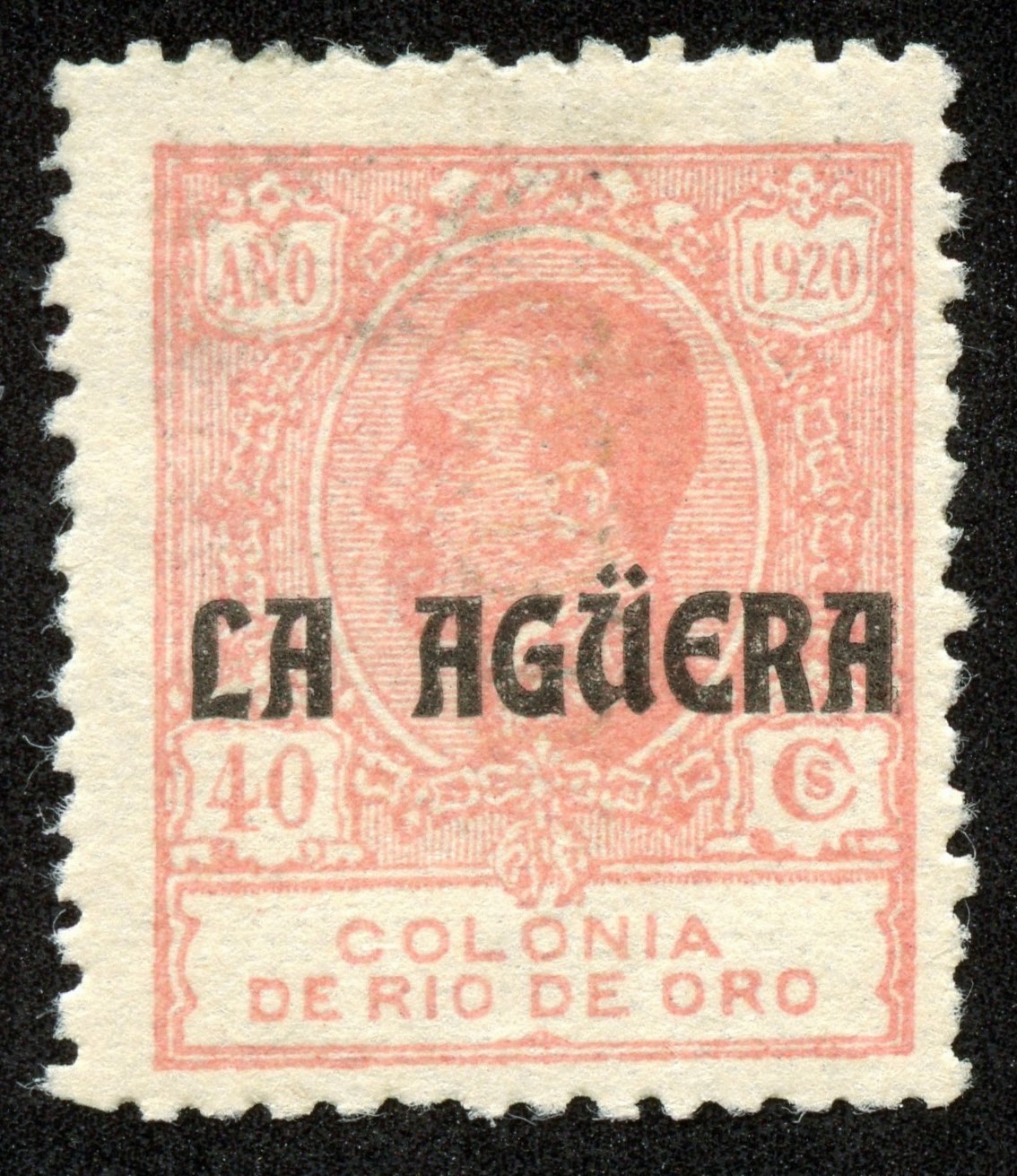 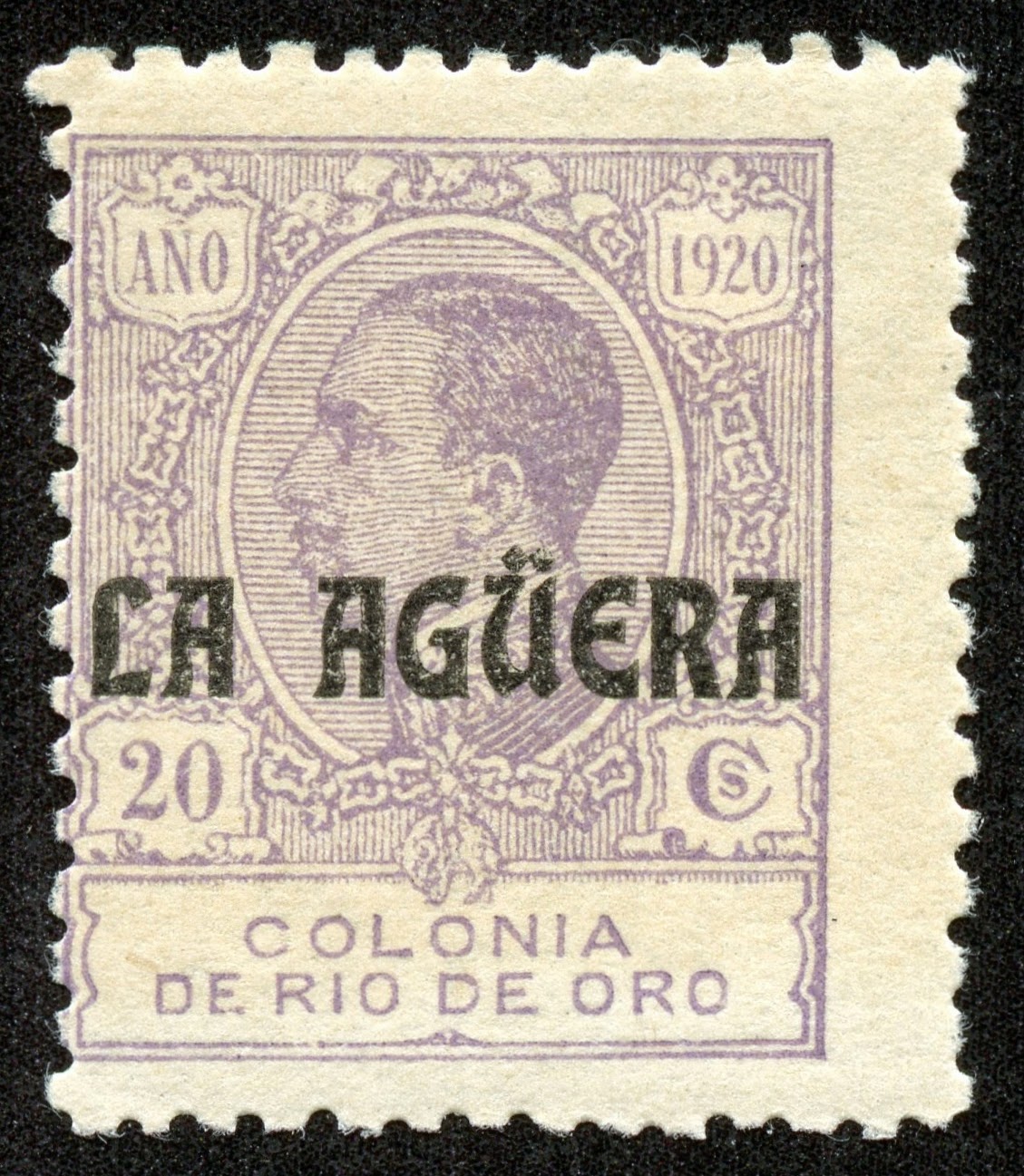 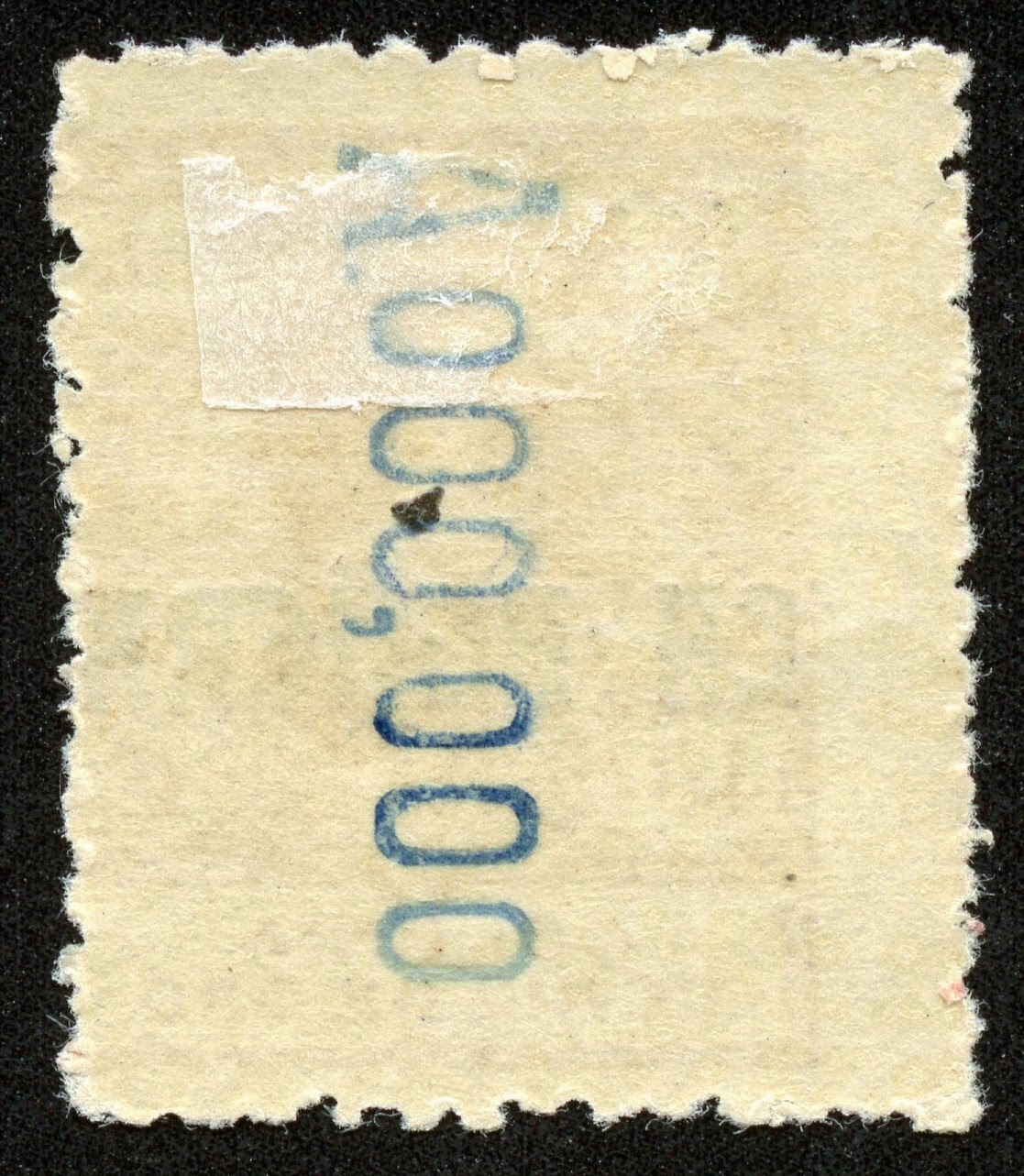 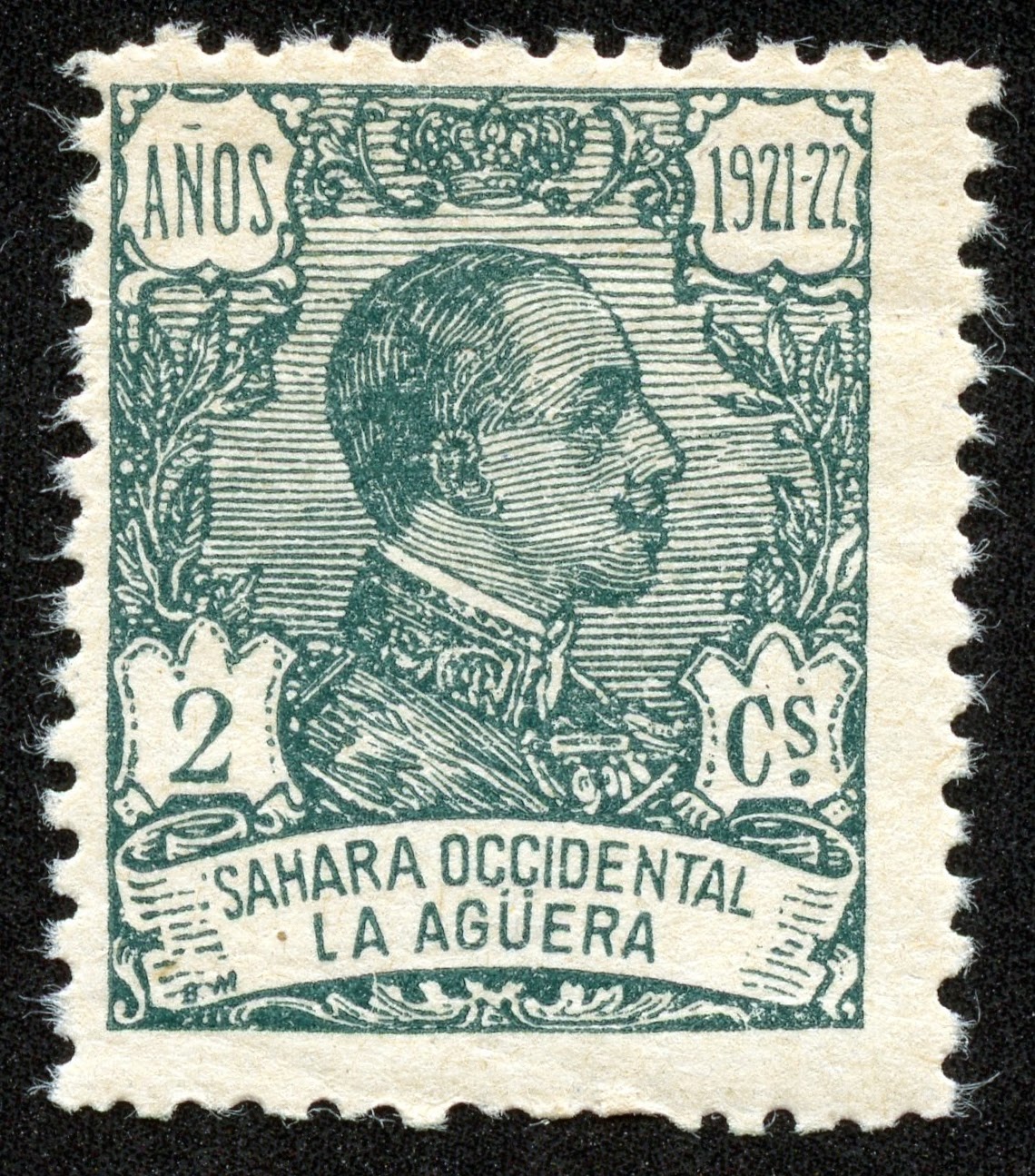 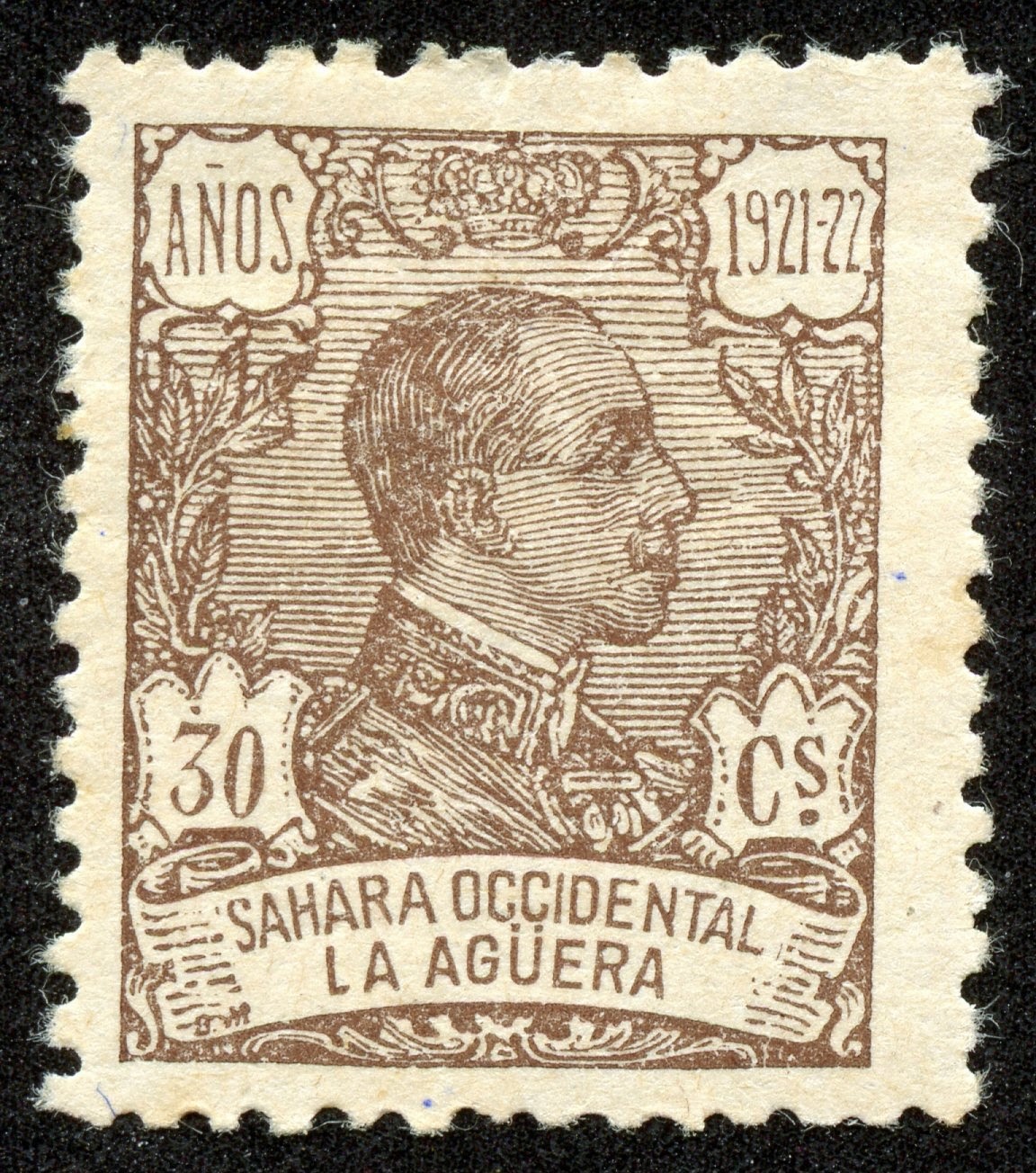 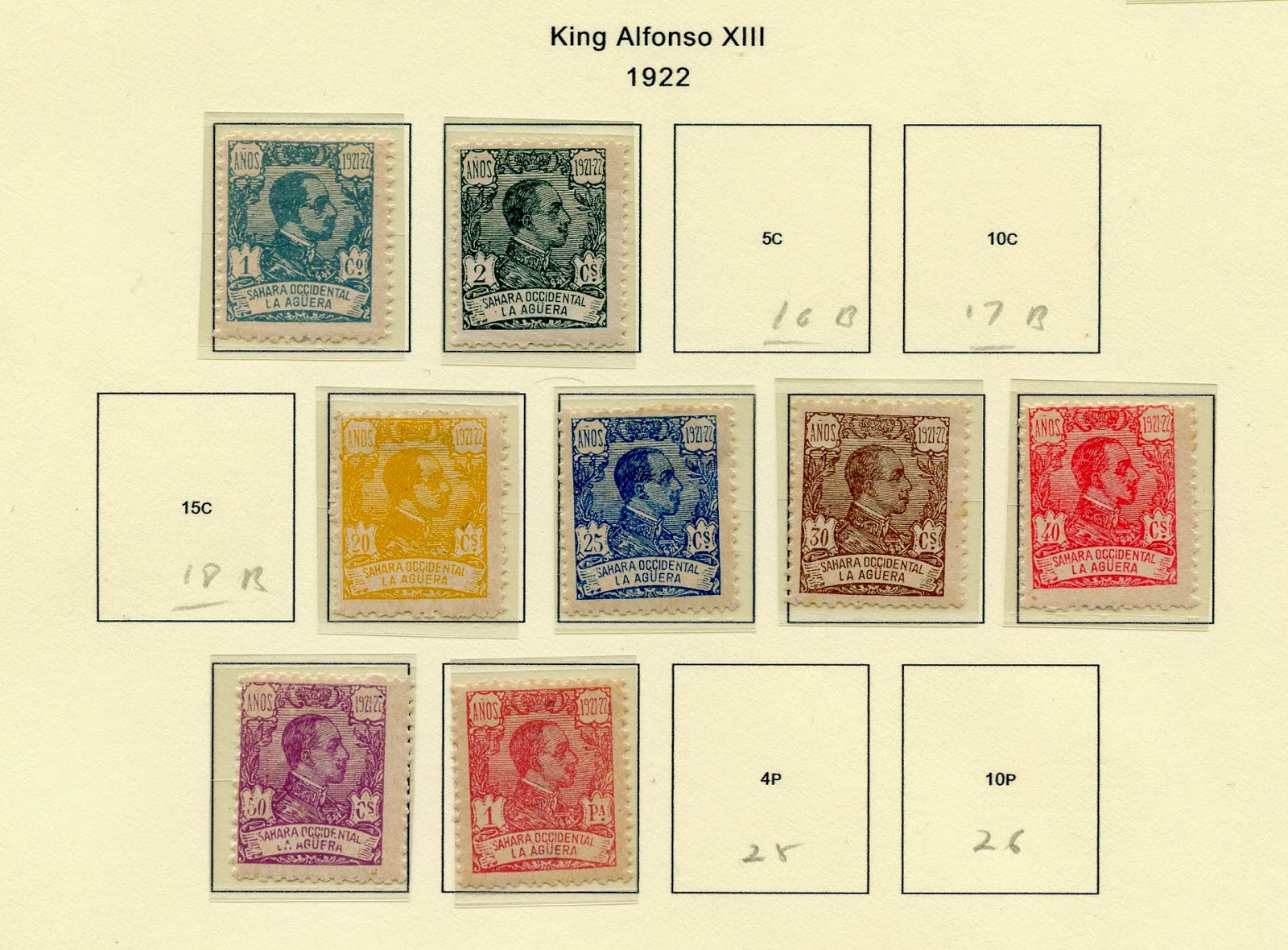 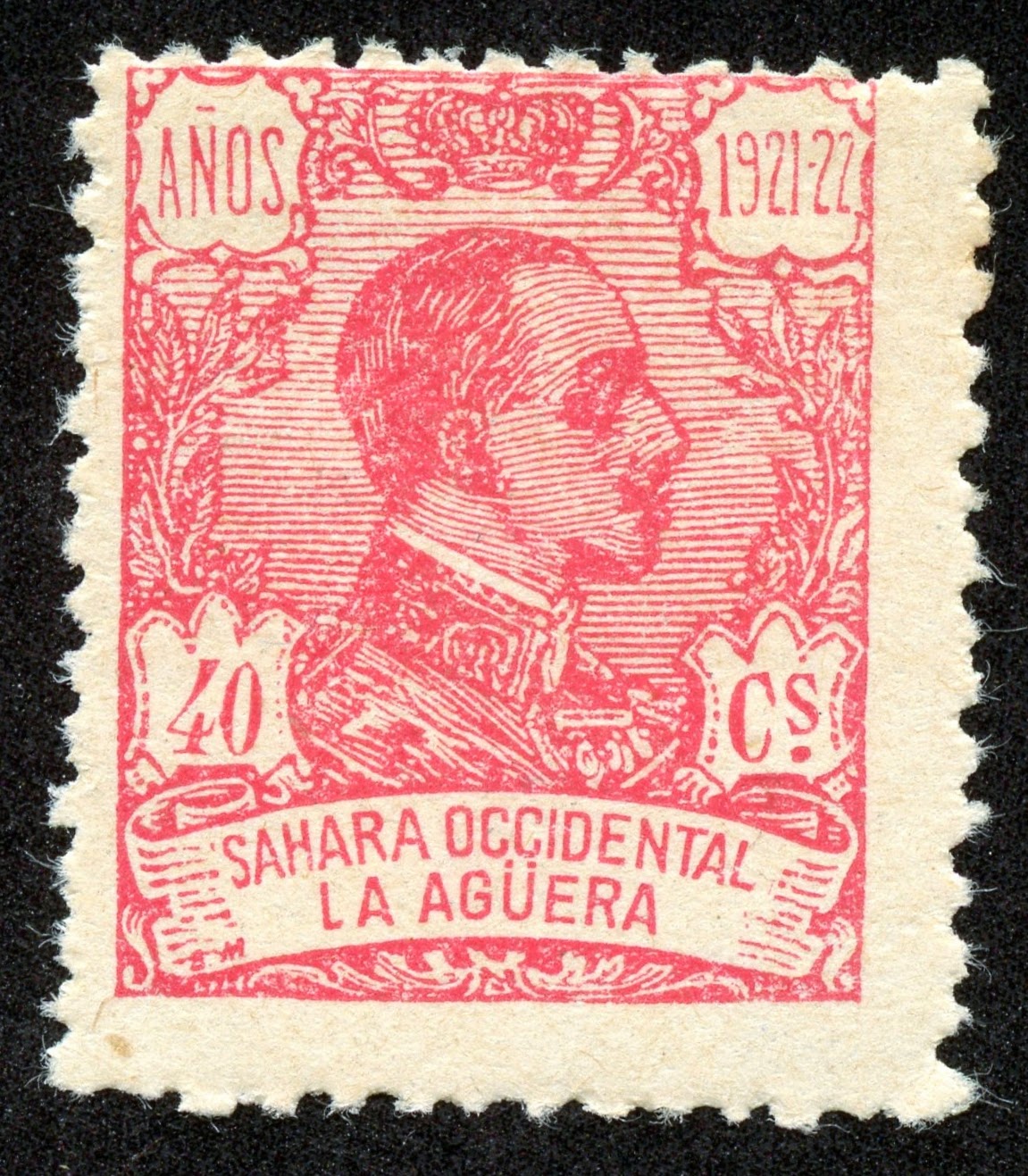 Note: This blog entry "Aguera- a closer look at the stamp issues" is now incorporated into the original Aguera blog post.