Collectors in the United States have huge, perhaps excessive, interests in the stamps of Panama, owing mainly to the Canal and the history surrounding it. Because much has been written about the topic and available online (see abbreviated list at the end of this post), I’ll forgo adding my bit to the existing lore.

Instead, I’ll comment about postal specimens, of which four full pages are showing in the Panama supplement scans (see below). 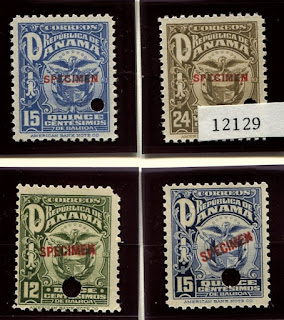 What exactly is a postal specimen? The broadest definition is – an authentic stamp or postal stationery indicium with the word “specimen” overprinted, punched or hand-stamped across it, thereby legally voiding it for postal use. Specimens do have practical uses, though. Among them:

--publicity in the press

--preventing leakage of mint stamps to the philatelic market (e.g., League of Nations).

I have not intentionally collected specimens but, when they’re reasonably priced, I’ve picked them up. They often cost dearly. For more common stamps, they usually have higher prices than those valid for postage. For rare stamps, specimens are normally cheaper than the actual stamp. Those showing in my Panama supplement pages, being of the ordinary sort, are several times more expensive than the same stamps without the overprints. 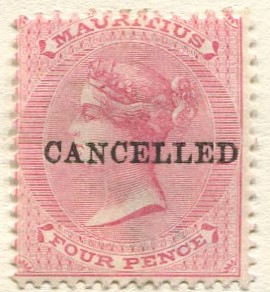 The Panama specimens have punched holes as well as varieties of red ink overprints. All are from the 1924 definitive series featuring the Arms of Panama, Scott #s 234 thru 243. The typewritten numbers on small pieces of white paper (see above) accompanied the stamps when I bought them and were probably provided by the American Stamp Note Company to identify varieties of overprints. These little papers sometimes appear with specimens being sold at auction.

Some collectors worry about the correct placement of specimens in Big Blue (BB). Technically, BB is a postage stamp album and, technically, specimens are no longer valid postage stamps. So, they don’t qualify. But they’re interesting to collect. Normally I put specimens and other philatelic adiaphora on blank sheets and insert them at the end of the supplement pages. There they seem happy in the company of locals, proofs, etiquettes, charity Cinderellas, and even furniture manufacturers’ stamps where their presence is neither demanded nor forbidden, as it would be if they were placed in designated album spaces.

Essays and die proofs serve some of the same functions as specimens, but they lack the identifying word “specimen”. Unlike specimens, they are not debased authentic postage stamps. Essays are proposed stamp designs that may or may not be adopted. 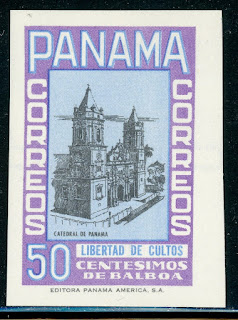 Proofs are pulled from the plates as test runs before production, thereby allowing engravers to check their work and test colors. They’re usually printed on India paper or card stock; they lack gum and perforations. A final proof is often pulled for the printing company’s archives. 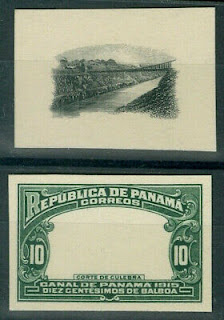 Proof for Scott # 211 on card, black center, green frame, from the American Banknote Co.
archives sale held in 1990. The final stamp is orange and black.

League of Nations specimens have an unusual purpose, as explained on the page from my League album (below). For security reasons, the League prohibited the sale of mint stamps to the public; the first issues were sold to collectors only as CTOs. Later, they used red “specimen” overprints for the same reason. After the League was disbanded (1946) remaining mint stamps were sold in the philatelic market. 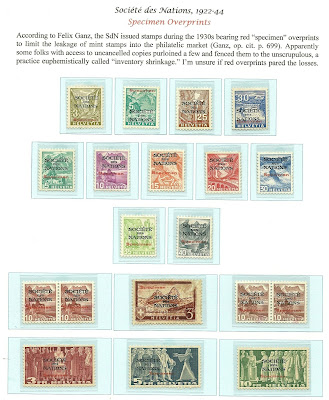 Because of their many specimens, proofs and essays, Panama’s stamps provide a good opportunity to study this facet of philately. But there is, as always, the danger of fraud. Bogus overprints are easily applied to mint stamps. Essays may be artists’ renditions never submitted for consideration and produced long after the authentic stamps were issued. So-called proofs are sometimes merely photographic reproductions. These fakes, although deceitful, are not precisely forgeries or counterfeits because they do not pretend to be valid postage. So be extra careful. 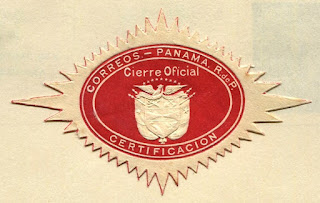 Websites with information about Panama’s stamps.

Note: all illustrations in this post are from my personal collection except for the rejected essay, which came from eBay.

Jim's Observations
Interesting essay on Specimen stamps Bud!
The stamps of Panama follow the history as outlined in the blog post link below. . Stamps for the Sovereign State of  Panama under Colombian Dominion were issued in 1878. Stamp issues of Colombia for use in the Department of Panama ( the "Map of Panama" stamps) were produced between 1887-1896. Then, beginning with the independent Panama Republic, the overprinted Colombian map stamps were initially used.
Panama Blog Post & BB Checklist
Page 1 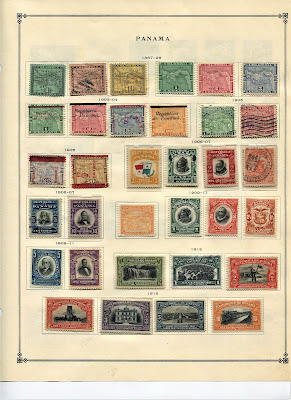 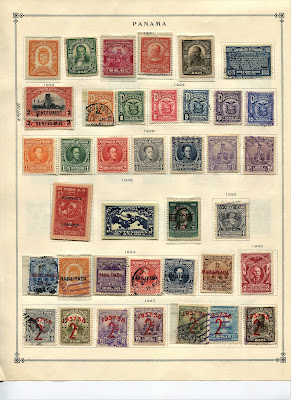 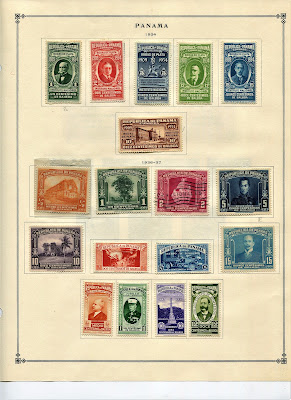 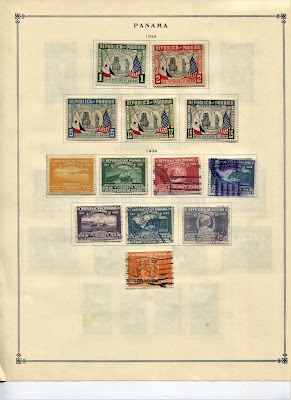 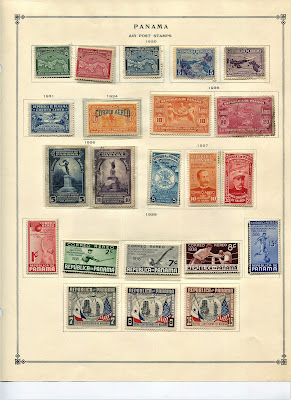 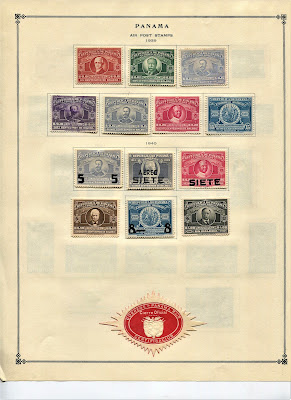 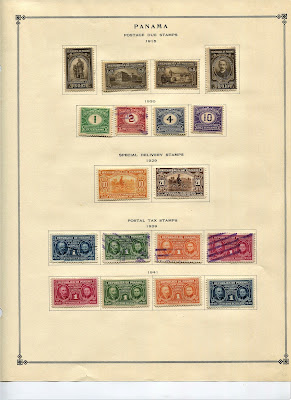 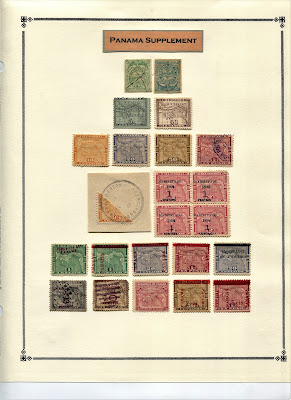 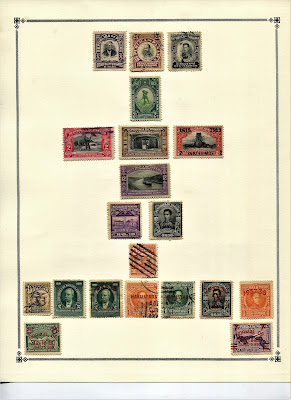 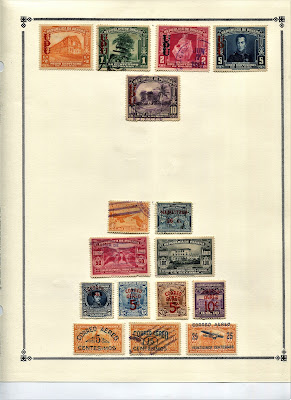 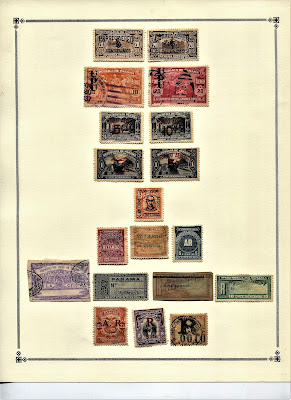 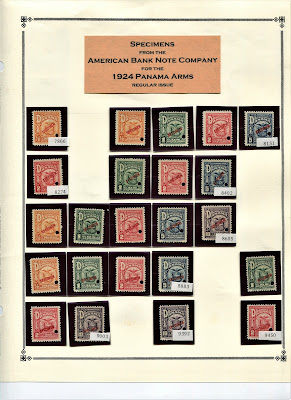 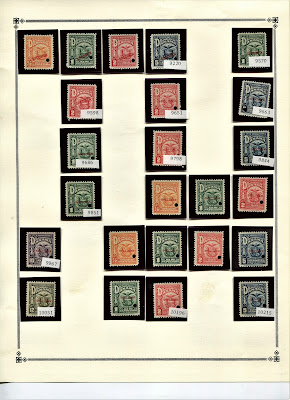 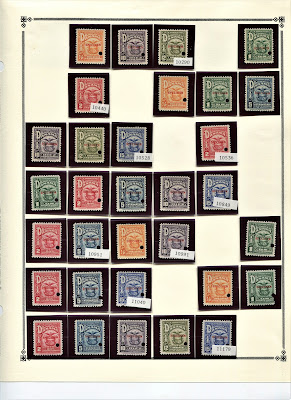 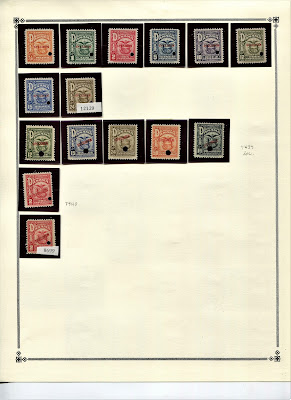 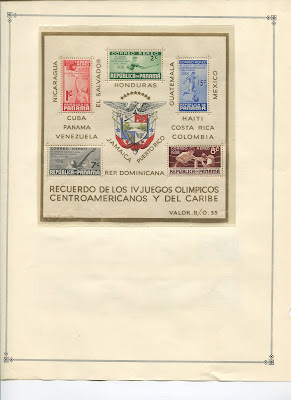