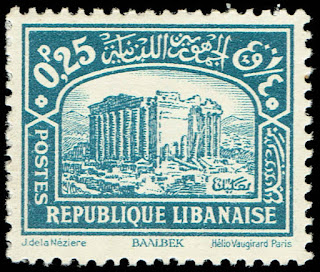 World War I -- the great begetter of stamps and filler of BB albums -- can claim yet another country for its philatelic posterity. In that piece of the defunct Ottoman Empire called Lebanon, the War’s aftermath brought forth first some overprinted French stamps, France being the holder of the League of Nations mandate for the territory. Then came the French designed scenic miniatures from the presses of Hélio-Vaugirard, France’s preferred stamp maker for its colonies. These, not being able to keep pace with rapid changes in Lebanon, were overprinted again and again -- a typical WWI aftereffect. The supplement pages (shown below) parade this overprint circus.

The miniatures were meant to attract tourists. They’re small, though, and it’s hard to make out the scenes, especially when obscured by cancels and overprints. The descriptive word or two in the lower border helps and Scott catalogs give even better clues about what the insets represent.

On the earlier stamps, notes at the bottom edges credit Joseph de La Nézière as the artist.

La Nézière, a noted Orientalist, was in the employ of the French Colonial Office and became their official artist. He received many commissions to design stamps for French North Africa and Middle East. Not surprisingly, he fell in love with the ruins of ancient Phoenicia -- as well as those of Greek, Roman and Crusader eras -- that remain in Lebanon. His credits also appear on stamps of Syria and French Morocco.

After the mid-1930s other artists’ names appear, such as Philippe Mourani, a painter and illustrator, and Henry Cheffer, a master engraver. They, too, were deeply involved with the Orientalist aesthetic movement and its fascination with ruins, but some of their miniatures also show Lebanon as a modern, desirable and beautiful place. 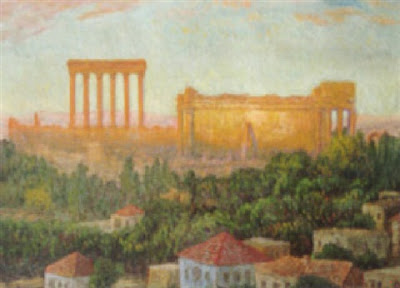 Note: If you are looking for Latvia (alphabetical just before Lebanon), it will be published January 20, 2020.

Lebanon was a mostly Christian country at the time (Maronite, Greek Orthodox). But it also had areas with Muslims (including Druze). A Lebanese Republic (still under French mandate) with a constitution was established on May 25, 1926. The population was 860,000 (1935), and the capital was Beirut.

Full independence for Lebanon occurred in 1943

A few notes about Big Blue and Lebanon stamp spaces...

• On the other hand, there are many stamps in the CV $1+-$2+ category, so not expensive, but still not the cheapest to fill, as one would expect for a French Mandate country. 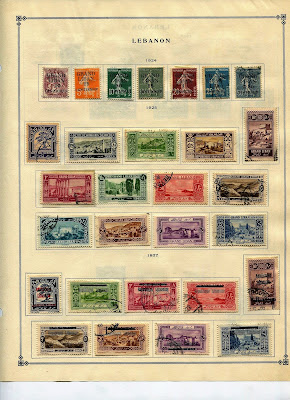 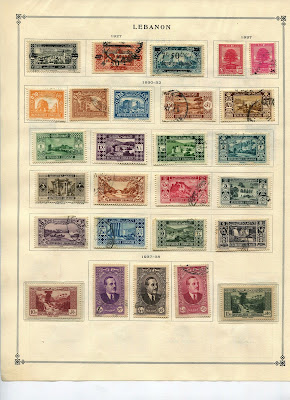 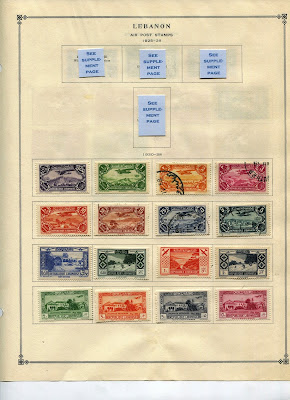 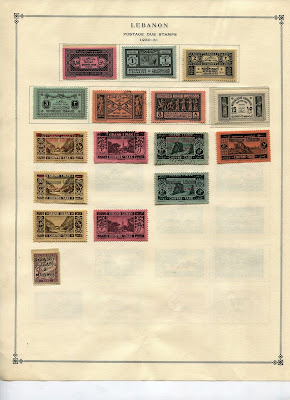 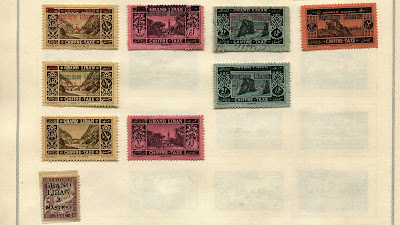 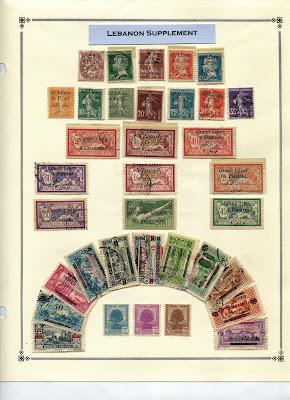 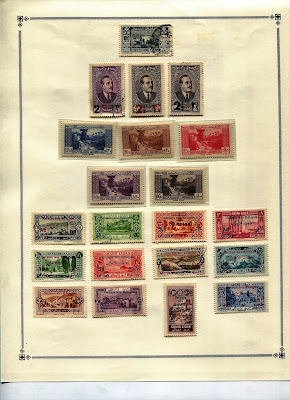 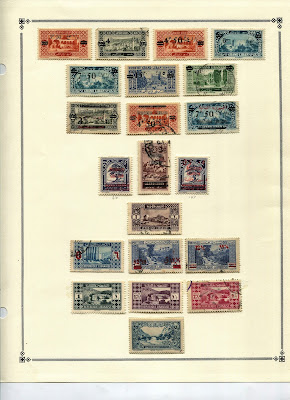 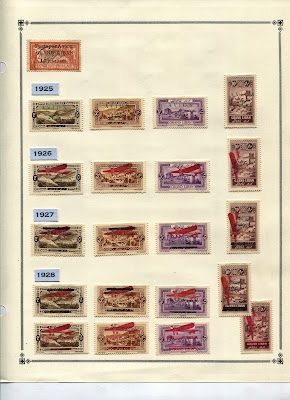 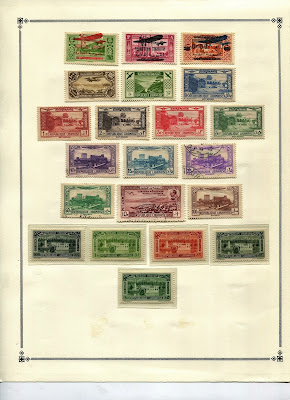