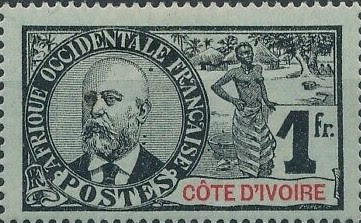 Few Ivorean stamp designs depict anything specific about the Ivory Coast. The femme Baoulé (spelled Baloué on the stamps) with coffee branches (Scott #s 112-117) and the unnamed river rapids scene (Scott #s 119-128) are the only possibilities for the classical era. Well, maybe the river scene (Scott #s 42-77) qualifies, too, but who knows? The rest are overprints or common designs.

So, I’ll limit my comments to the striking designs of the 1906-7 series that the Ivory Coast shares with other west African colonies: Guinee, Mauritania, Senegal, Upper Senegal and Niger, and Dahomey.

That they’re striking surprises no one who knows the work of engraver Jules-Jacques Puyplat. His skill graces French colonies pages throughout BB. He scratched his signature only on the higher values of this series (see above, lower right corner), but the unsigned low values are clearly by his hand. Typical for Puyplat, his designs often leap beyond the stamps’ outer frame.

Such is the case for the four stamps of this series allotted BB spaces. Protruding palm branches surround General Louis Léon César Faidherbe who, as he is usually portrayed, wears a kepi or chasseur cap. The bridge in the background, named for him, links Saint-Louis, Senegal, to the mainland. Faidherbe was Governor of Senegal from 1854-61, and again 1863-65.

The mid-range values in this series feature an oil palm (see supplement page). Ivory Coast has millions of oil palm trees, and farmers still manage to squeeze profits from them despite keen international competition. The oil ends up in soaps and biofuel.

The top of the range honors Dr. Noël Eugène Ballay (above) -- physician, naval officer, poet, explorer and, in sequence, governor of Gabon, French Guinea, and French West Africa. He died in 1902 while in office “of a fever which was not diagnosed, since there was no longer a doctor in St. Louis [Senegal] qualified to do so."1 Likely it was yellow fever. Note the ubiquitous oil palm trees in the background and the semi-nude, a French colonial stamp cliché.

Curious, isn’t it, that neither Faidherbe nor Ballay are named on their stamps, nor, for that matter, is the oil palm.

Jim's Observations
French trading posts along the West African coast along the Gulf of Guinea, namely Assinie and Grand Bassam, were established in the 1840s, and the territory was put under a French protectorate. As part of the European "Scramble for Africa", Côte d'Ivoire (the proper French name)  became a French Colony in 1892-93.

But all the tenuous arrows and linkages found on the French sphere African map were administratively put together as "French West Africa" in 1904. French West Africa was actually administered by a single Governor based in Senegal who reported directly to the Minister of Overseas Affairs in Paris. 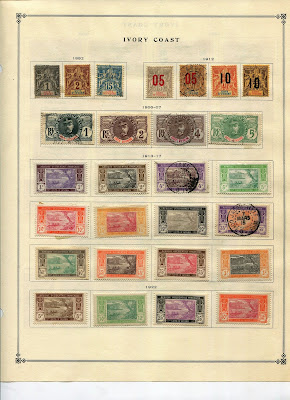 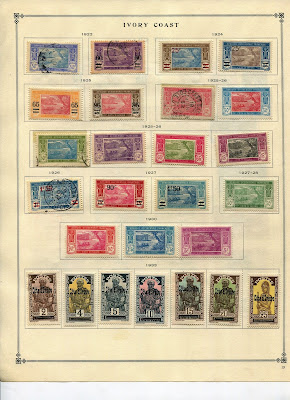 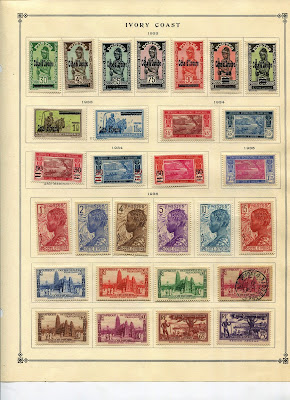 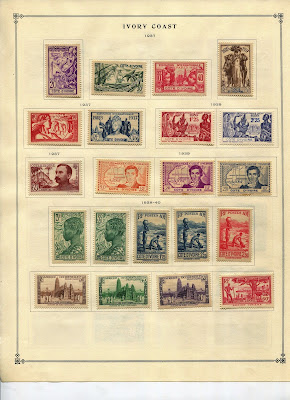 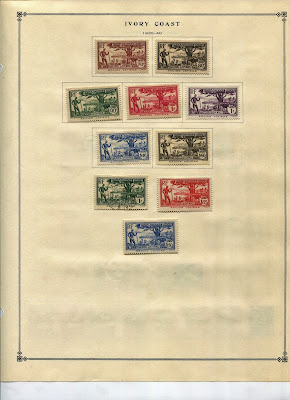 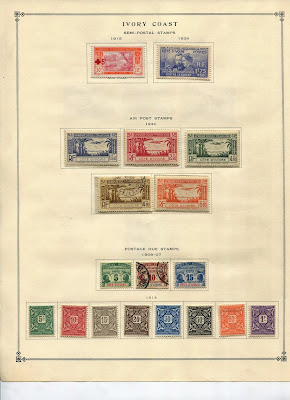 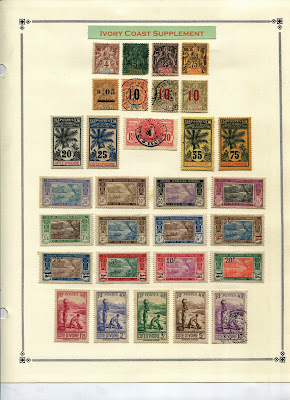 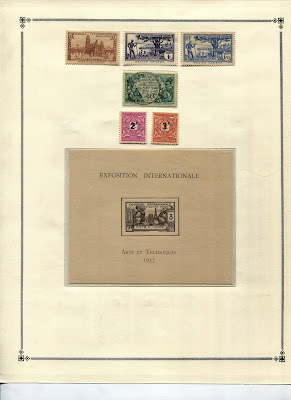