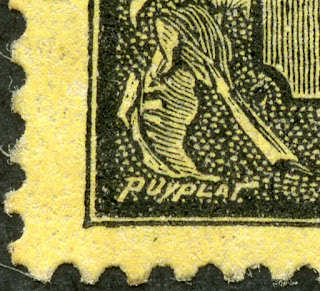 Collectors who regard their albums as miniature art galleries owe a great debt to early 20th century French and French colonial stamps and to the artists who engraved them.

Beginning in 1905, Jules-Jacques Puyplat’s wood engravings of street and harbor scenes provided the central images for the definitive issue.  The surrounding borders – replete with bananas, coffee plants, cocoa, and sugar cane – are even more elaborately engraved than the central images.

Similarities in style suggest that Puyplat also engraved the 1905 postage due stamps with cotton and fish in the borders, although they are unsigned.  Guadeloupe continued using his artistry until 1928, 3 years after his death.  His signature, sculpted into the design of the definitives, is difficult to read (see above).

Georges Hourriez, sc, engraved the 1928 definitives and postage dues.  His skill shows to advantage in the central images rather than the borders.  The sugar  mill design is outstanding.  The three workers depicted in it are likely descendants of indentured servants brought in from India to replace the African slaves freed in 1848.  In 1925, shortly before Hourriez’s stamps were issued, Guadeloupian Indians were finally granted full citizenship and suffrage.

Where did Puyplat and Hourriez get ideas for their engravings?

Probably not by visiting Guadeloupe themselves but by artists’ sketches they had available.  Compare Hourriez’s 1928 postage dues to the postcard below.

Scott’s Catalog identifies the stamp affixed to the postcard (also Hourriez’s) as a view of Saints Roadstead, now called the Bay of Terre-de-Haut. The hills across the bay that frame the setting sun are on uninhabited  Îlet à Cabrit.

The “sc” that sometimes appears following engravers’ signatures stands for sculpsit, meaning in Latin “He carved (engraved, sculpted) it.”  An excellent resource on stamp artist and engravers:  http://artinstamps.blogspot.com. 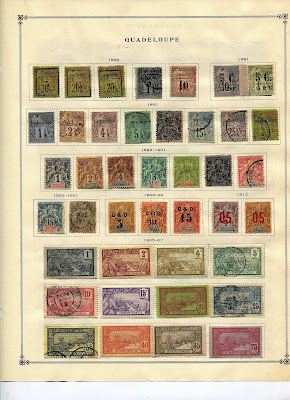 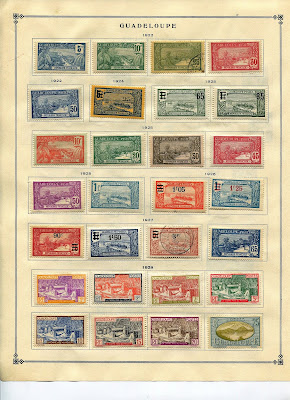 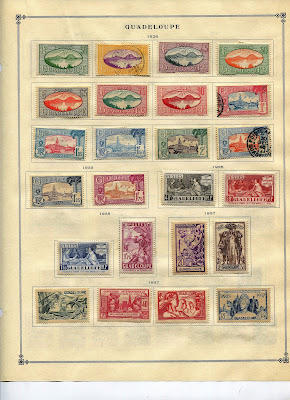 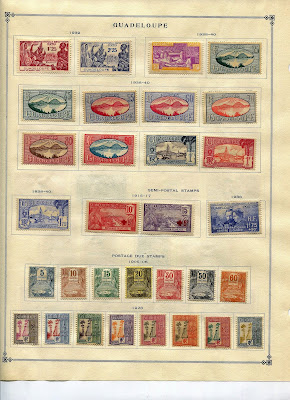 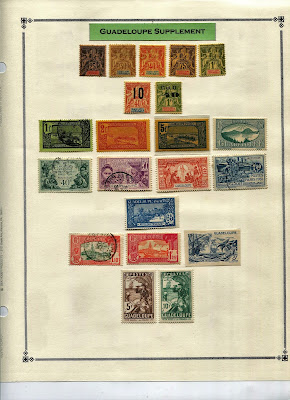 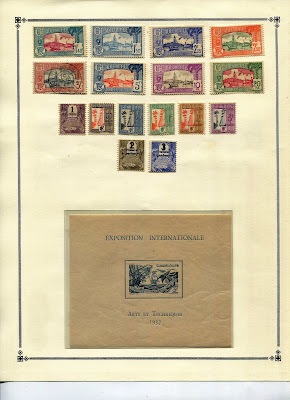 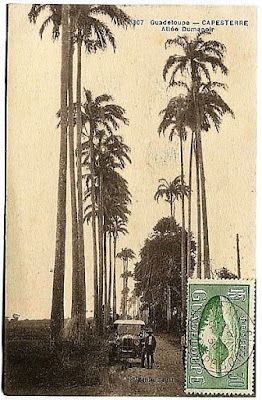