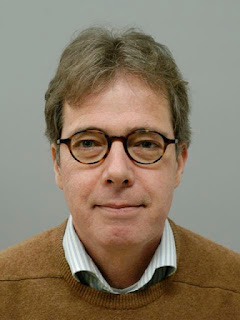 Gerben had only started his website in June, 2015, yet he was publishing fully formed historical philatelic profiles, and his unbelievably accurate maps of countries almost daily. I had marveled at his superhuman output, and he said he had been preparing many years for this, and we were now witnessing the fruits. 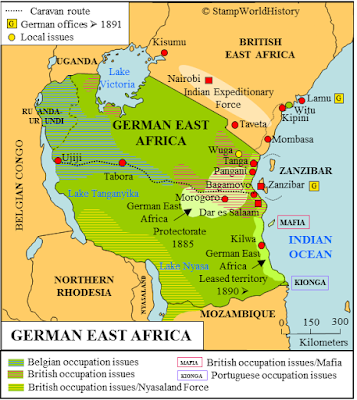 German East Africa (Enlarge for review)
His philatelic maps are unlike any other that have been published before. They are information dense, they are layered, and they reward close study.

Note his German East Africa map show the German offices and local issues, the Caravan route!, the towns, villages and dates, and the areas covered by the Belgian, British (several), and Portuguese occupation issues. And this is one map, based on study of original materials and resources. !

And the country entry is accompanied by a historically dense essay, which illuminates his synthesis maps.

Multiply this one map and historical accompaniment shown here by 373: the number of country profiles published until his last (Belarus), on November 28, 2016, and one can perhaps begin to understand the gift he has given philately, and WW collectors in particular.

He was quite clear that his maps and materials were allowed to be used freely (non commercially) by collectors for their own studies. A source acknowledgement of Stamp World History was all he requested. 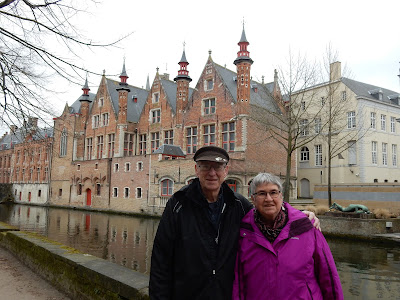 The author and spouse in the low countries
I contacted him, and arranged for him to meet me by the Binnenhof, in Den Haag, near the train station. He would travel from Ultrecht, near his home town. We would perhaps have some Poffertjes with powdered sugar and butter.

But he called me that morning, as he was too sick to come that day. Life had thrown him a curve ball, and he was battling a serious illness, including chemotherapy.

It dawned on me that may be the reason he was covering Africa, the Middle East, South America, and Oceania first. Those were the parts of the world where he could contribute the most, as the philatelic history (and maps) were more terra incognita. Europe could wait.

My understanding is there were several countries still being prepared when he could work no more.

So readers and world wide collectors, enjoy his legacy - it was meant for us.

And perhaps ponder a bit on the genius - yes genius! - of Gerben van Gelder.
Posted by Jim at 10:49 AM