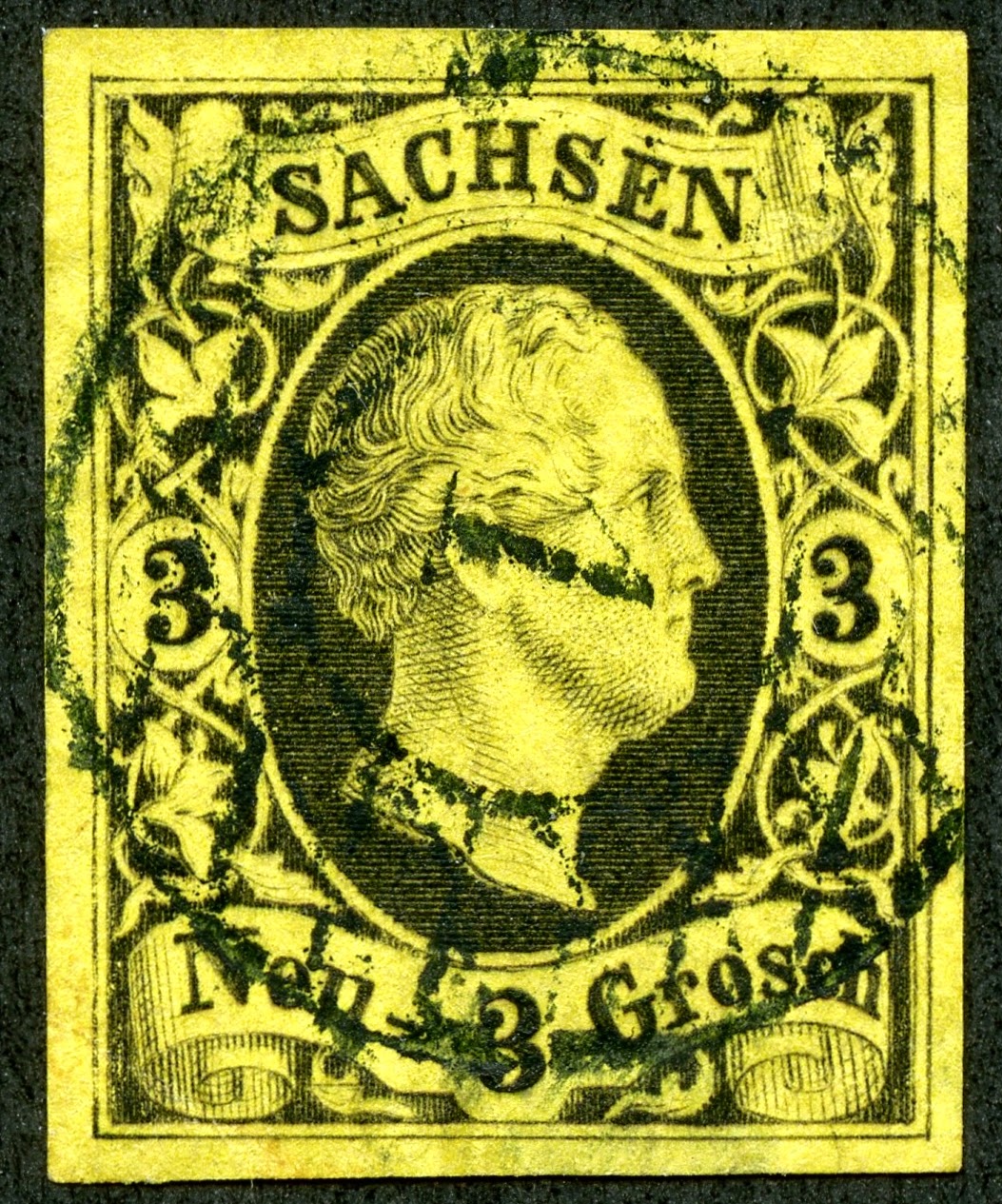 1851 Scott 8 3ng black/yellow
Frederick Augustus II
Quick History
The Kingdom of Saxony lasted between 1806 and 1918, although the Kingdom existed as a more slender state after 1815 (Prussia took the rest), and then joined the German Empire in 1871. 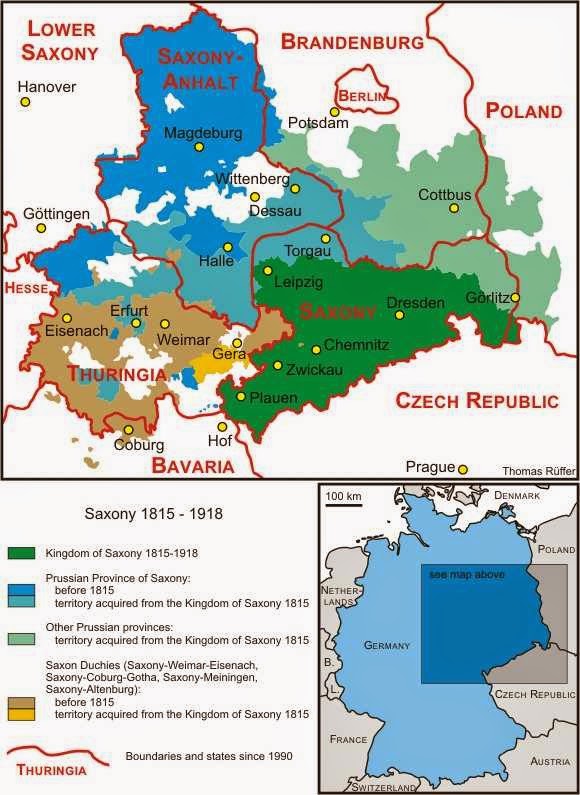 The Kingdom of Saxony after 1815 (Green)
Territories annexed in 1815 by Prussia (Light Green & Blue)
King Frederick Augustus I almost lost his throne in 1815, as he had the Saxons aligned with the French rather than the Prussians. But Prussia decided to take only 40% of the Kingdom, including Lutherstadt Wittenberg, home of the Protestant Reformation, and left the King to rule the rest, which did include Dresden (the capital) and Leipzig.

A stamp was introduced in 1850, and it looks quite similar in design to the early "Numeral" stamps of Bavaria. I won't be showing this one as the CV is north of $7000. ;-)

Other designs (1851- 1863) show the "Coat of Arms", and the Kings Frederick Augustus II and John I. We will see more of these presently. 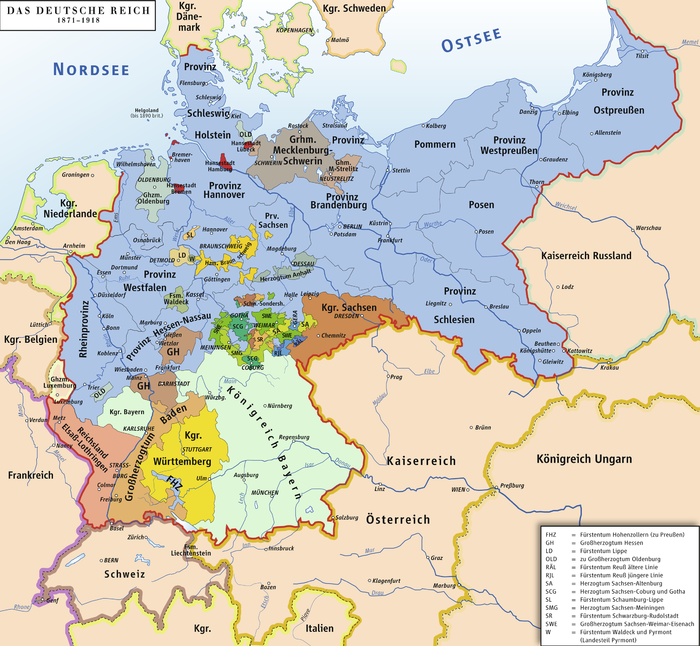 The German Empire 1871: Saxony (Brown) is in the lower center
Of interest, during the 1866 Austro-Prussian War, Saxony allied with Austria. Perhaps, as recompense, the Kingdom joined the Prussian dominated North German Confederation in 1867.

Stamps of Saxony were replaced by those of the North German Confederation on January 1, 1868.

Subsequently, the Confederation was reorganized in 1871 into the German Empire , under the leadership  of Prussian Wilhelm I (Emperor) and Otto von Bismarck.

However, the King of Saxony (John I at the time) still retained some prerogatives, including establishing diplomatic liaisons with other countries.

A historical tidbit... Because the Kings of Saxony accepted the crown of Poland in 1697 (This lasted until 1763), they remained Roman Catholic, although the citizens of Saxony were 95% Protestant. 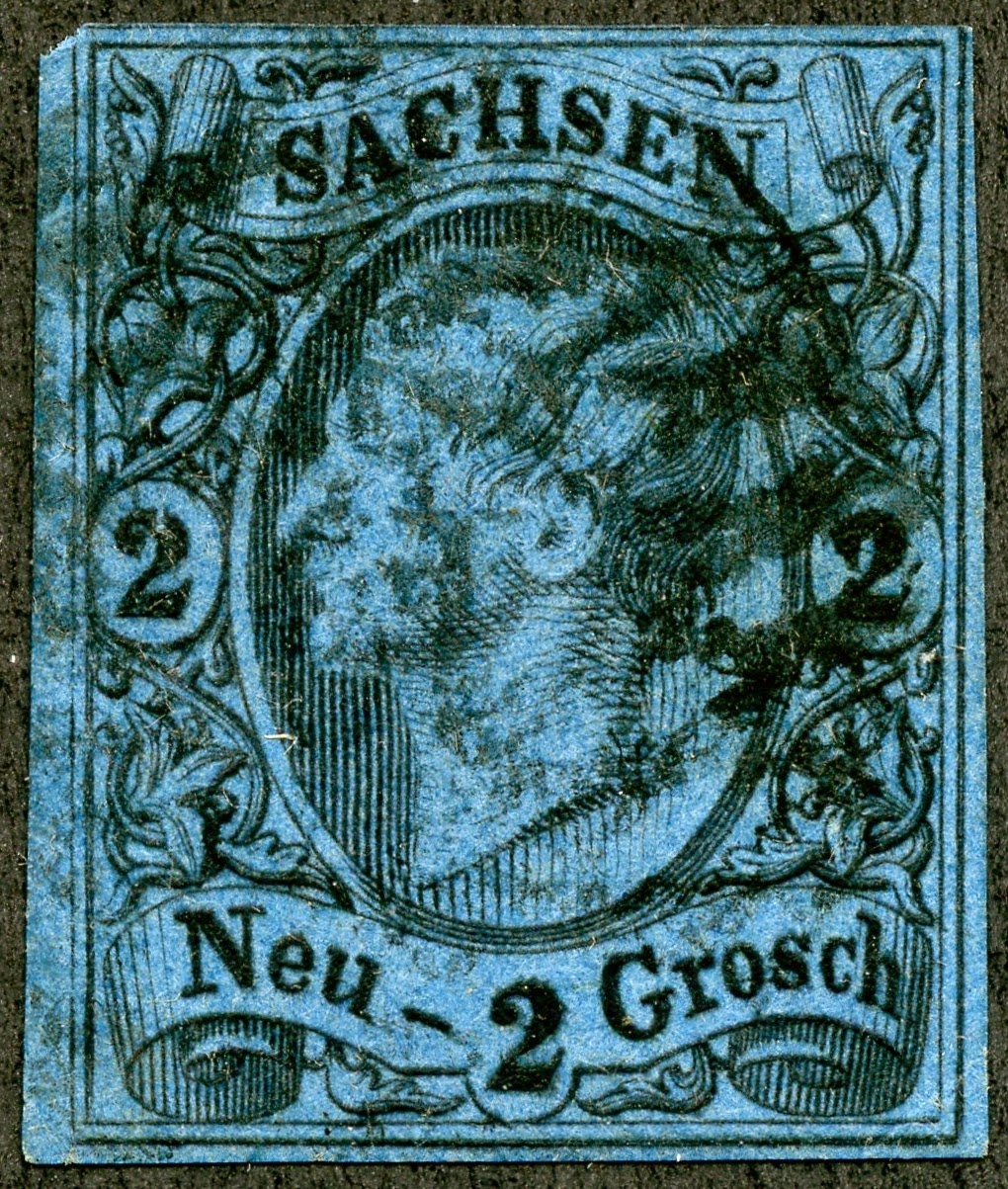 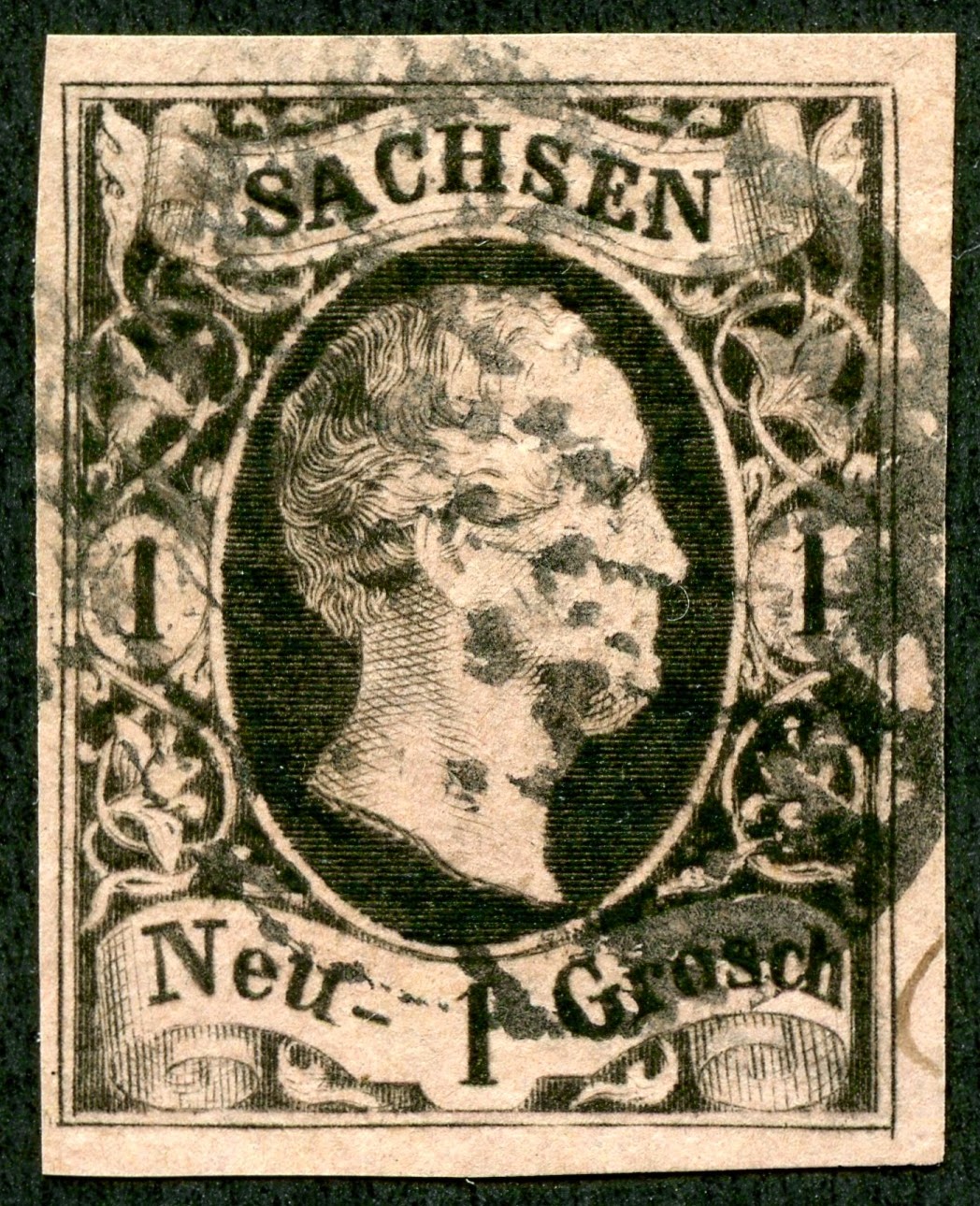 The 1851-52 issue (illustrated above) has five stamps, and shows King Frederick Augustus II in the vignette. Three of the stamps have a modest (for Saxony) CV of $9+-$20+. 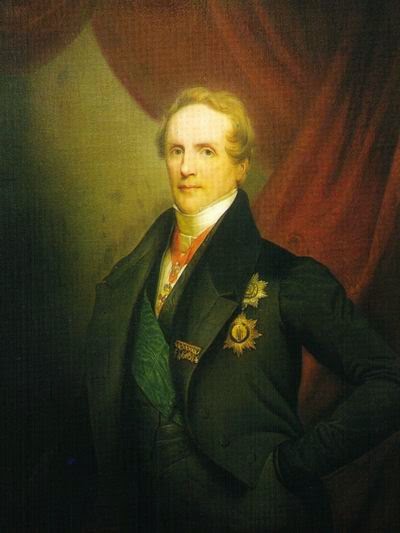 He was an intelligent King and ruled wisely.

In 1844, he was a guest of Queen Victoria and Prince Albert, and he purchased in England an ichthyosaur reptile skeleton for his natural history collection.

He died accidentally in 1854 when he fell in front of a horse who stepped on his head. 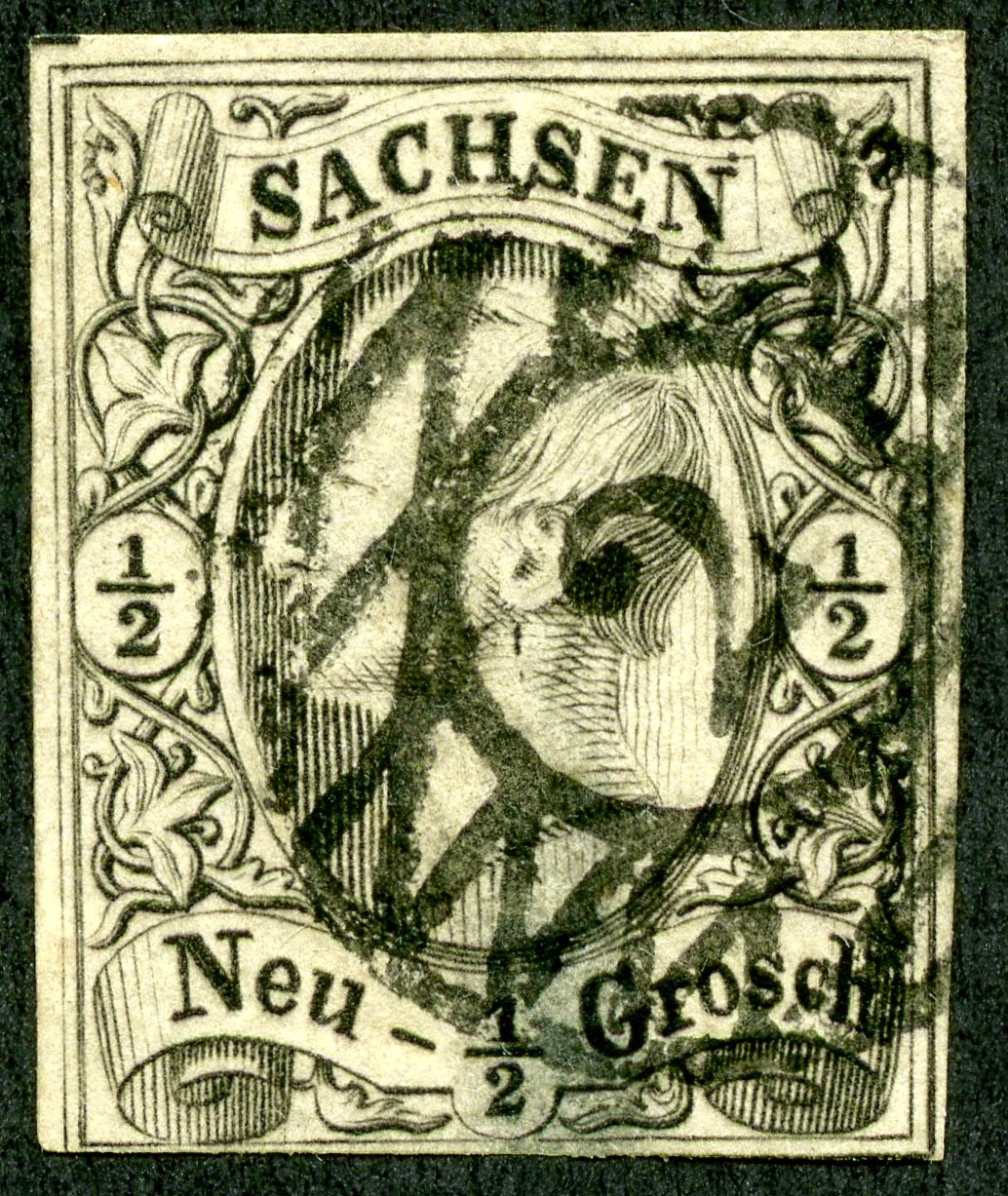 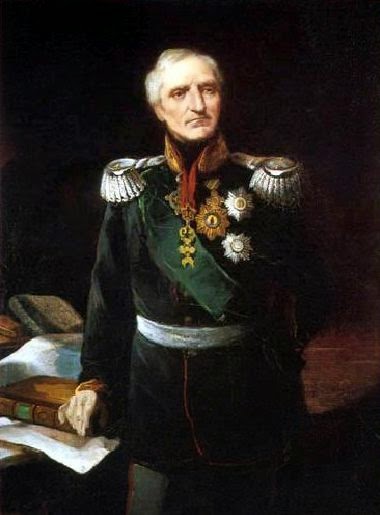 He remained as King until his death in 1873, two years after the Kingdom had become part of the German Empire.

Like his brother, he was intelligent and enlightened. He translated into German Dante's Divine Comedy. 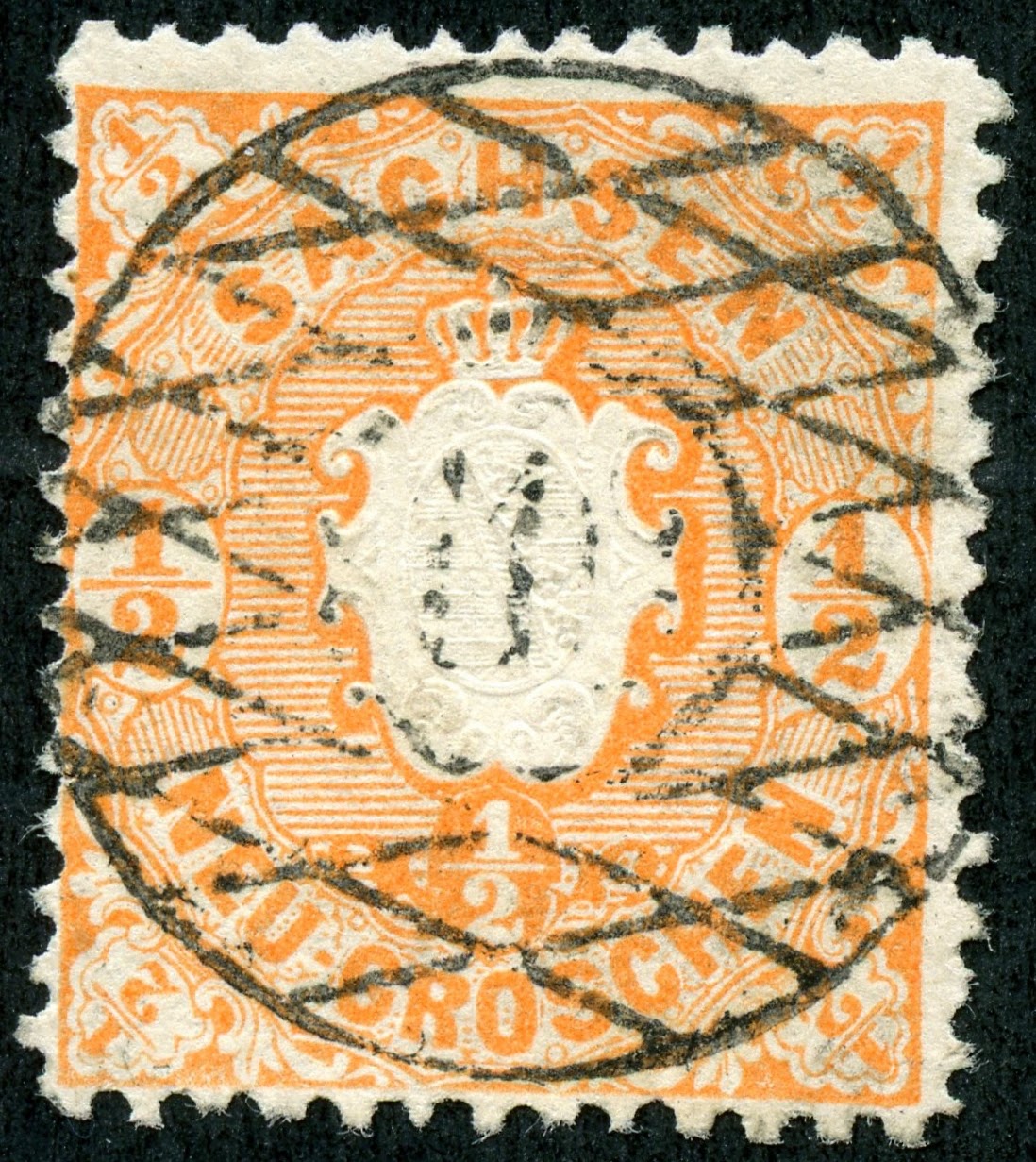 1863 Scott 16 1/2ng orange "Arms Embossed- Design A5"
The next (and last) issue for the Kingdom of Saxony was an 1863 six stamp production with a "Coat of Arms" center design, which is embossed. CV is less expensive unused, and ranges from $1+-$4 for five stamps.

Two stamps have the "A5" frame design. 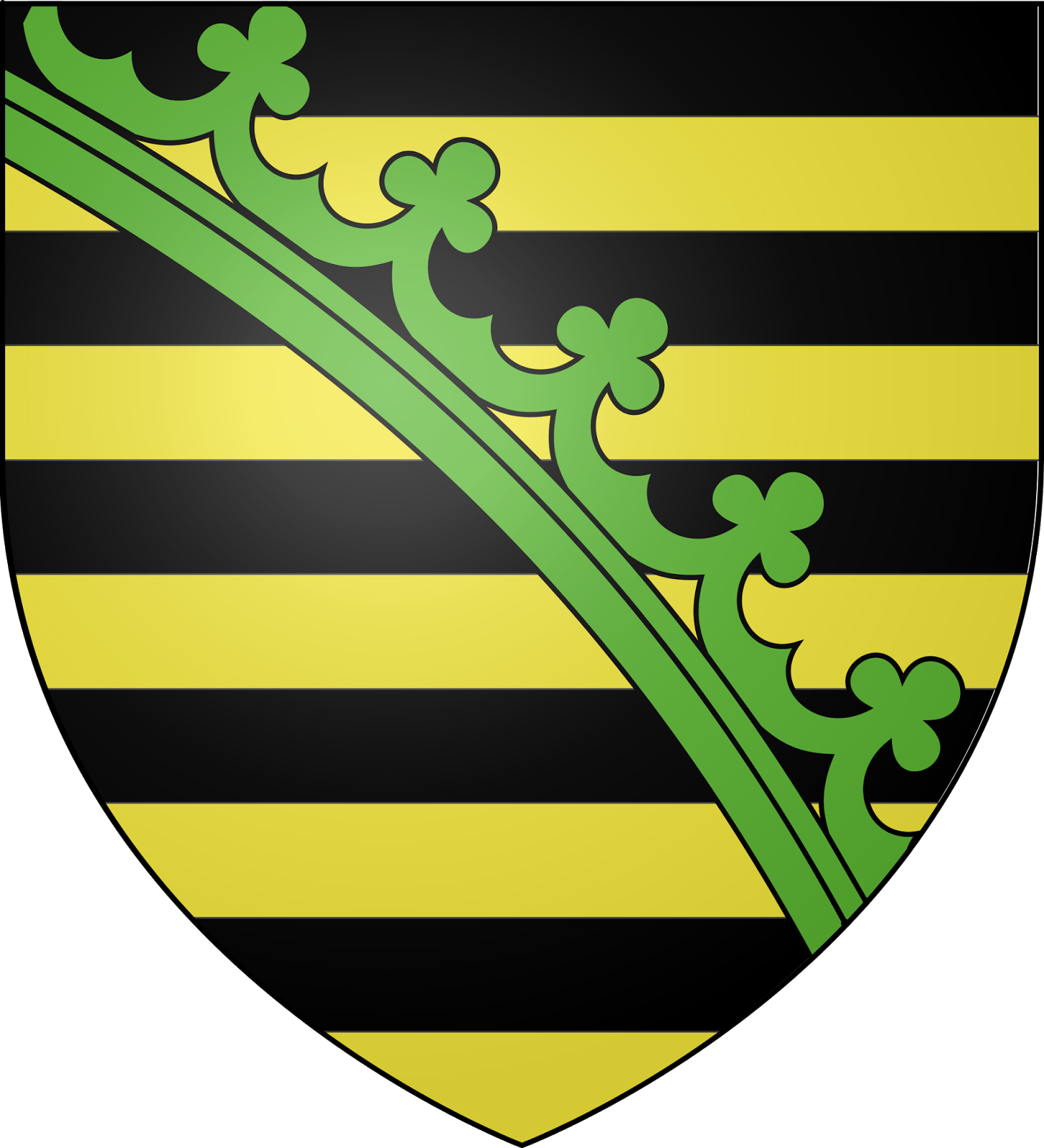 "Coat of Arms of Saxony"
The "Coat of Arms" for Saxony is from the House of Wettin, which was founded in the early 10th century. The House of Wettin was divided into two ruling branches in 1485 by the Treaty of Leipzig. The Saxony rulers, who also played a part in Polish history, were the Albertine branch. 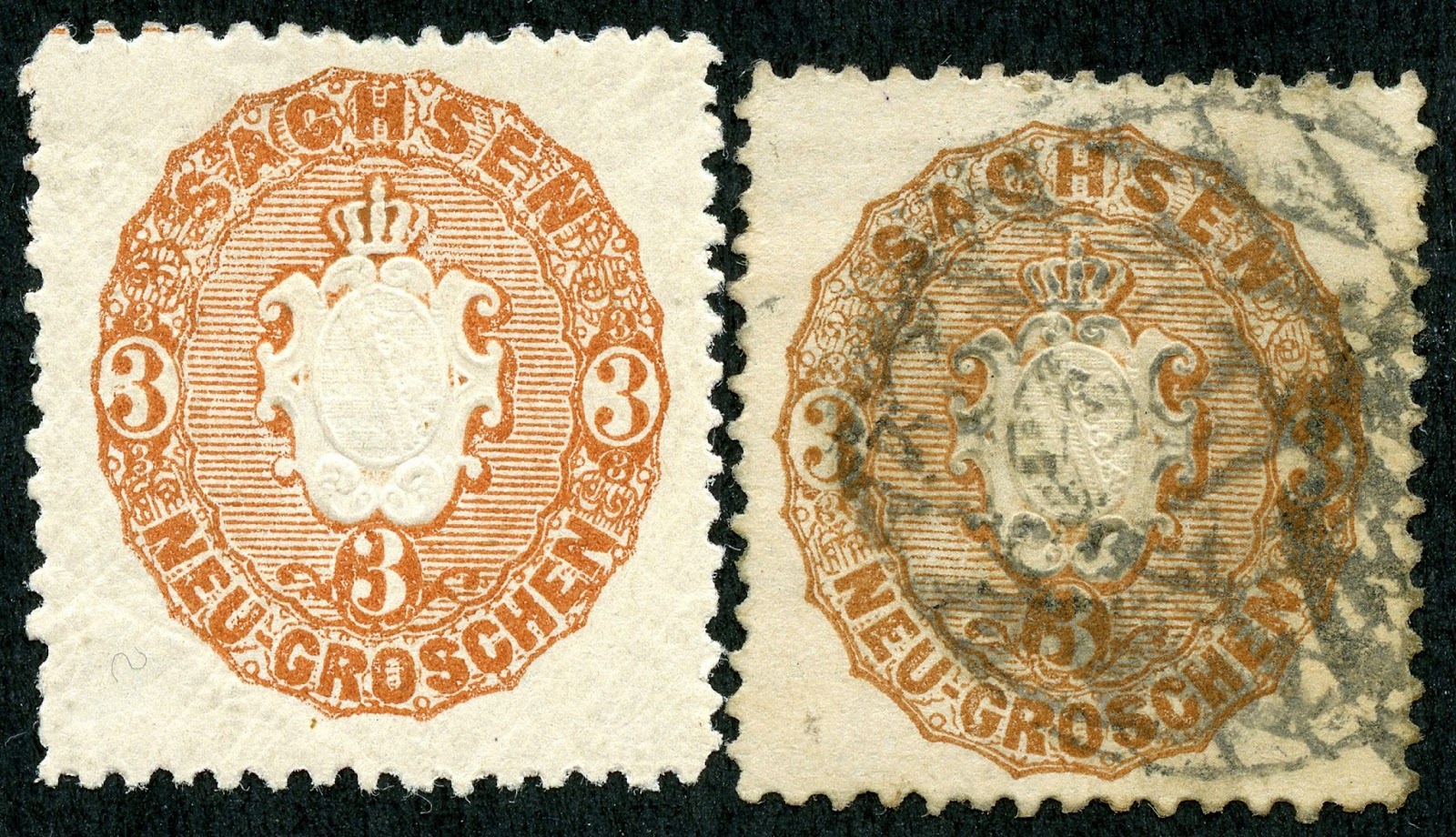 An aspect of Saxony stamps in the Scott catalogue are the not infrequent minor numbers for color varieties.

Shown above is the major number "red brown", and a minor number "bister brown" hues. 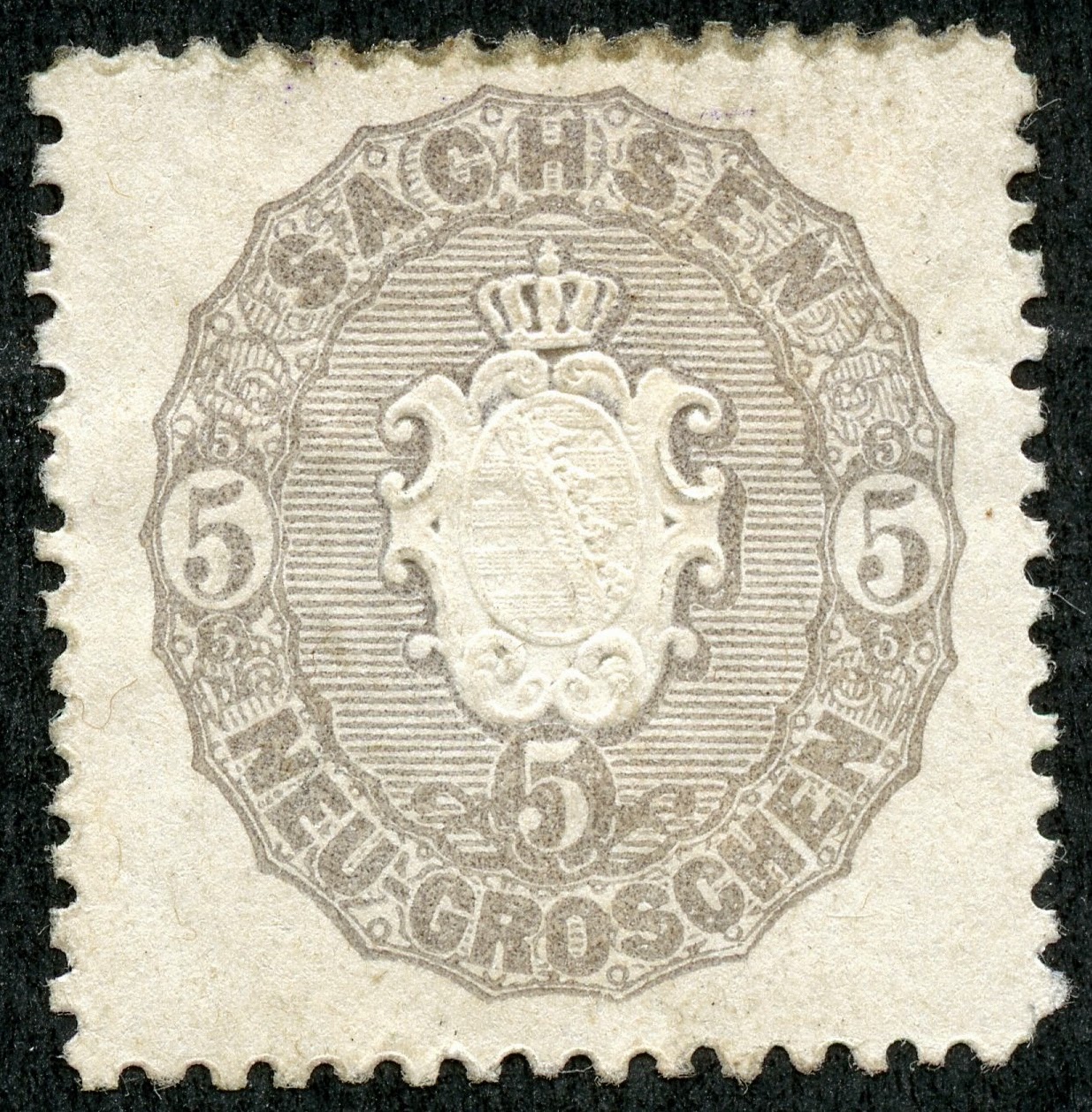 1863 Scott 20c 5ng slate
"Arms Embossed- Design A6"
Another example of a minor number color is the 5ng slate shown above. The major color in the Scott catalogue is dull violet.

1855-60 Issue in Deep Blue
Deep Blue (Steiner) has two pages provided for Saxony, and have a space for all the major numbers. For the spaces in BB, there are only two that require CV $10+ stamps. 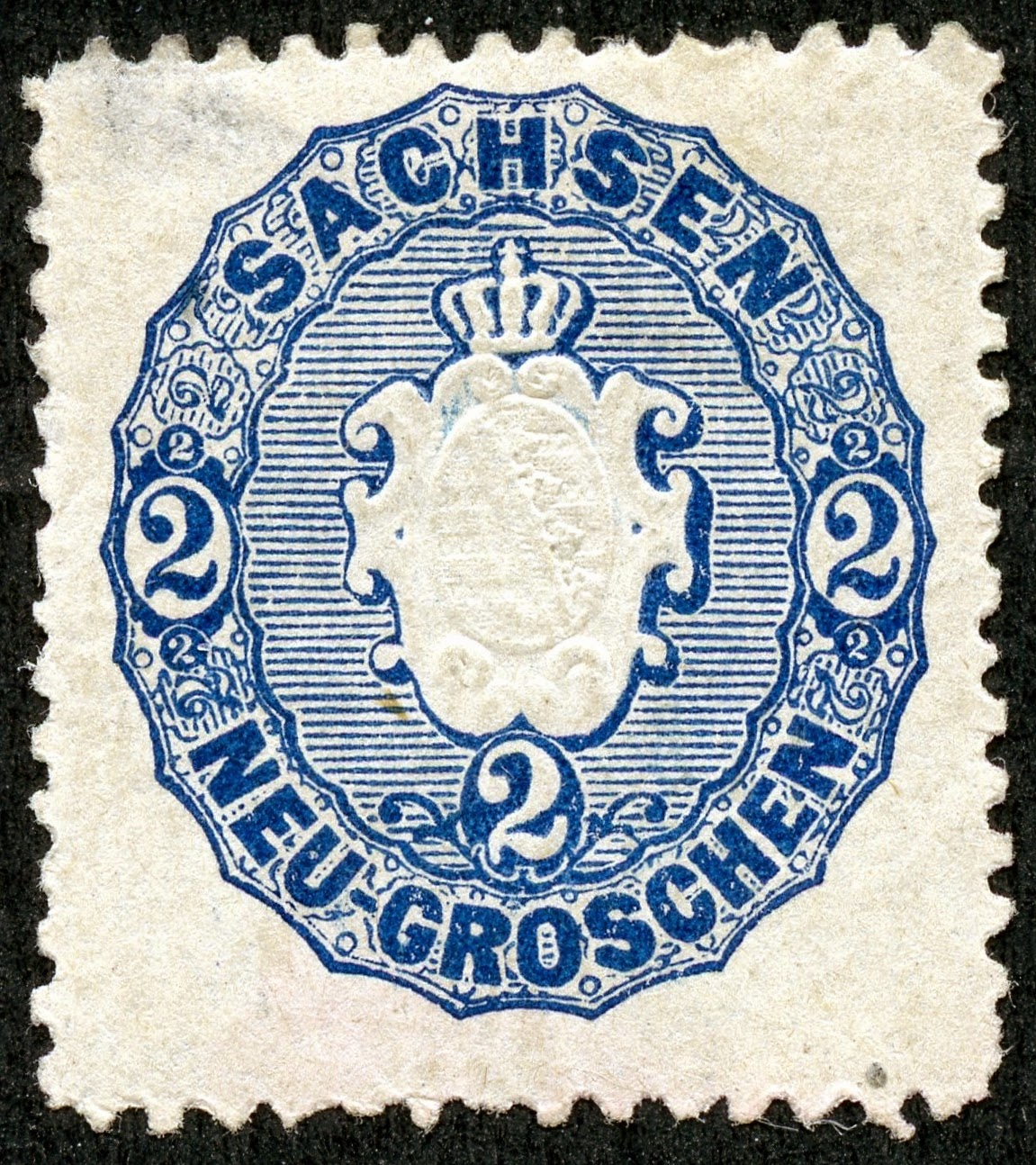 1863 Scott 18 2ng blue "Arms Embossed"
Out of the Blue
Without a doubt, the "German" stamp sphere would be an interesting one in which to sub-specialize. But I can't let go of all the other classical WW areas. I guess I'm constituted to be a "generalist". ;-)

Note: Map images, King portrait images, and "Coat of Arms" image all appear to be in the public domain.