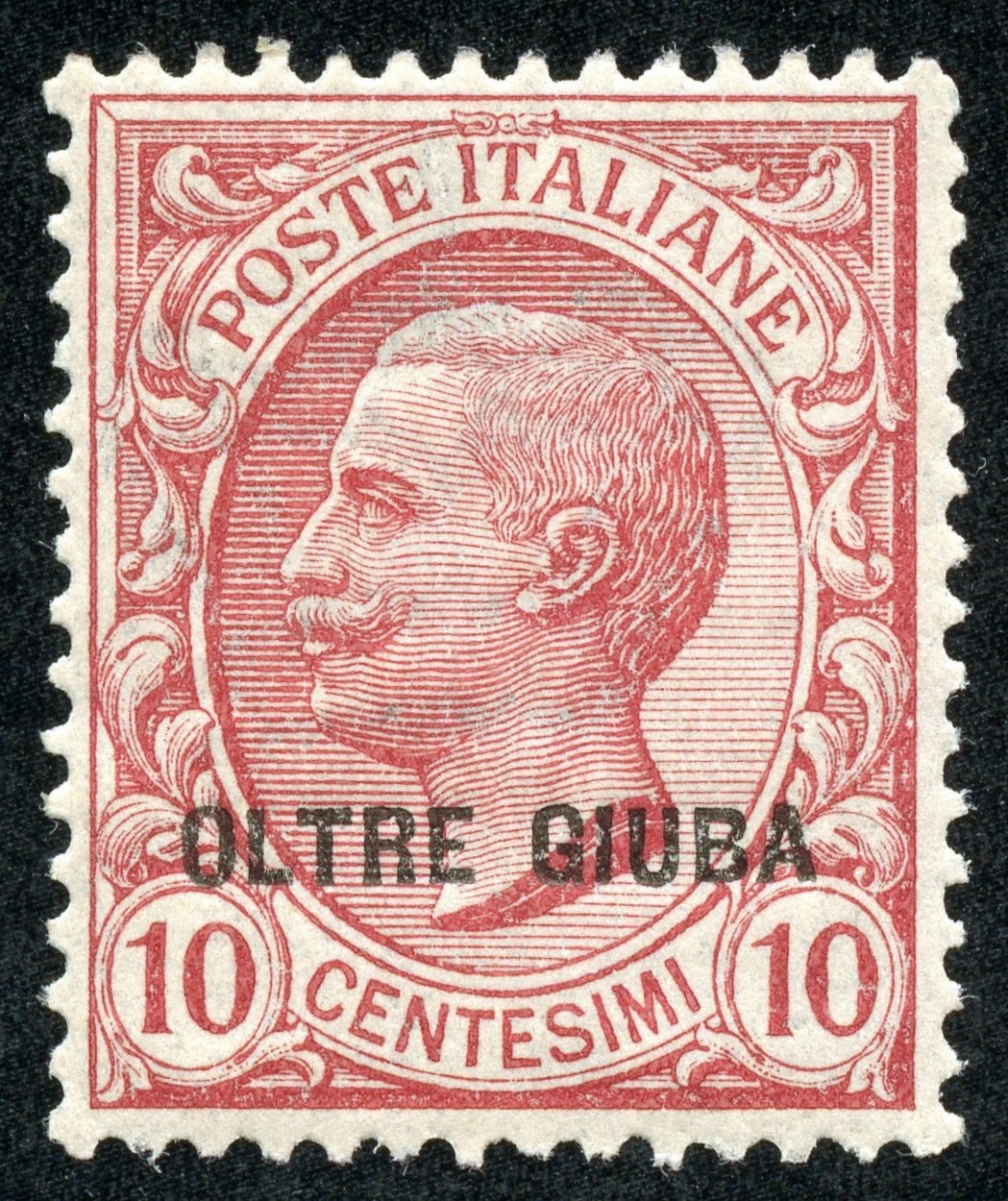 1925 Scott 4 10c claret, Overprinted
"Victor Emmanuel III"
Quick History
Oltre Giuba ( Greater Juba, Trans-Juba, Italian Jubaland) is a strip 50-100 miles wide west and parallel to the Juba River in East Africa that was ceded to Italy in 1925 by the British. This northern portion of the Jubaland territory was a former part of the British East Africa (then East Africa & Uganda Protectorates, then Kenya) colony. One may ask "why", and supposedly it was a reward to Italy for having joined the allies in WW I. 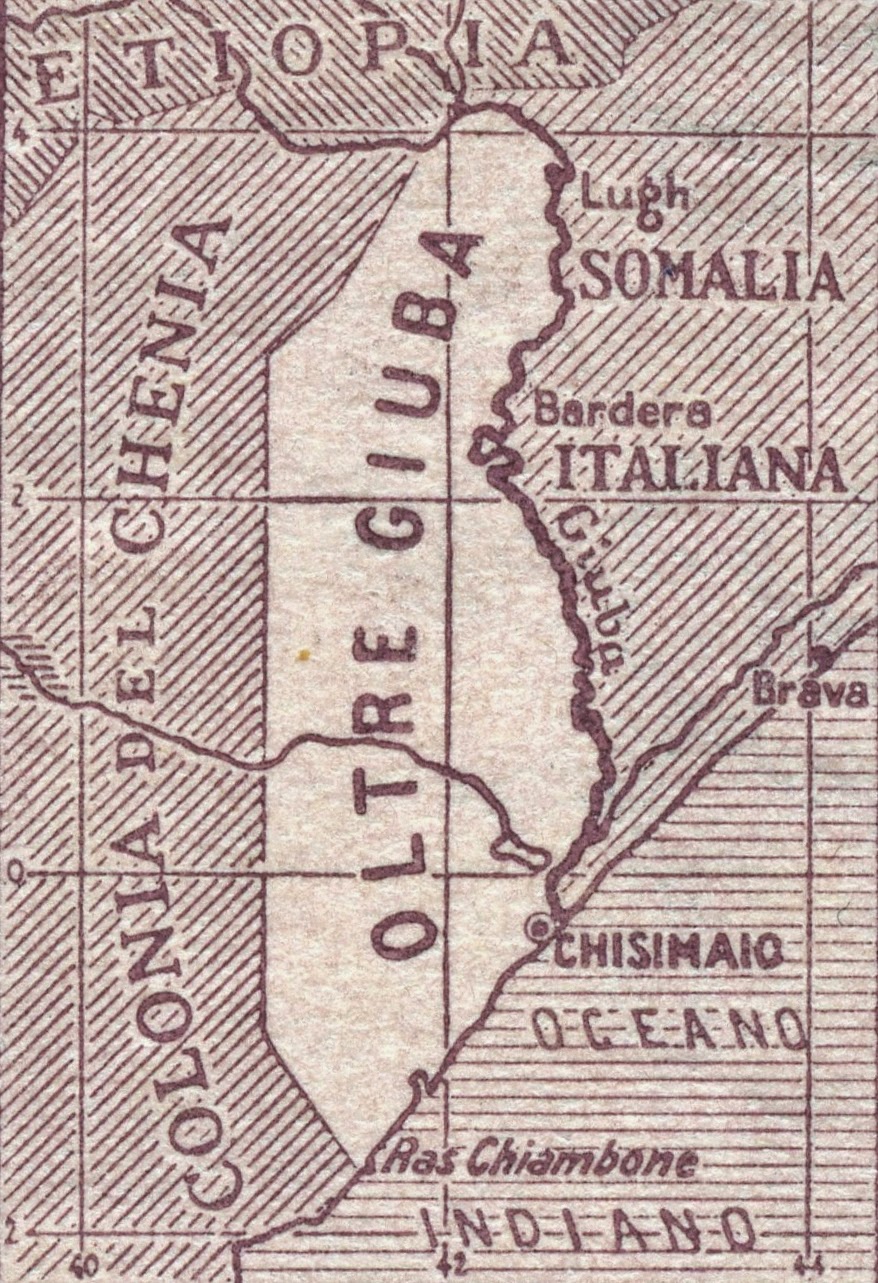 1926  Map of Oltre Giuba on Stamp
As "Oltre Giuba" was on the western edge of already established Italian Somaliland (Somalia, Benadir), it was absorbed into the older colony on July 1, 1926. 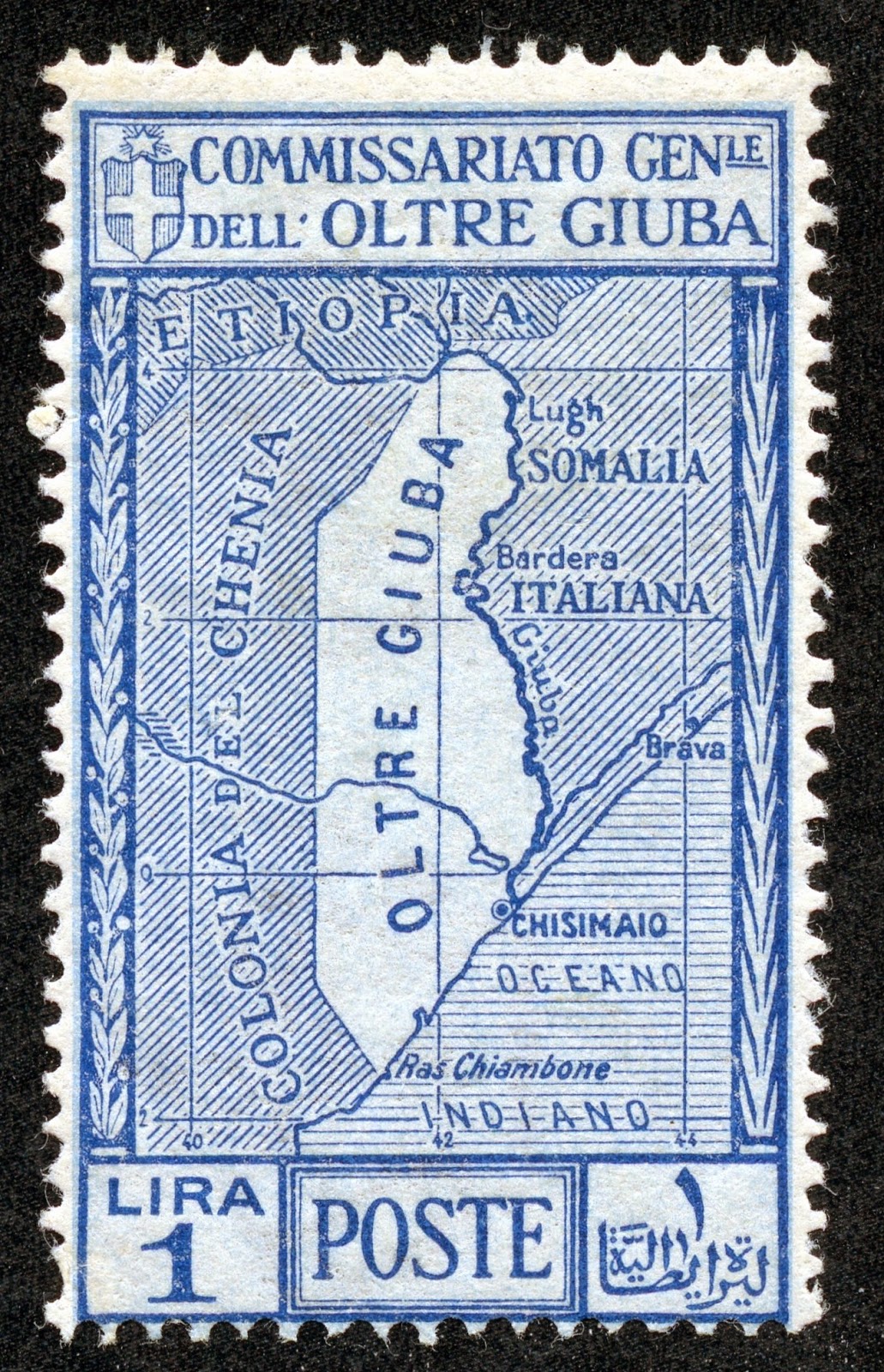 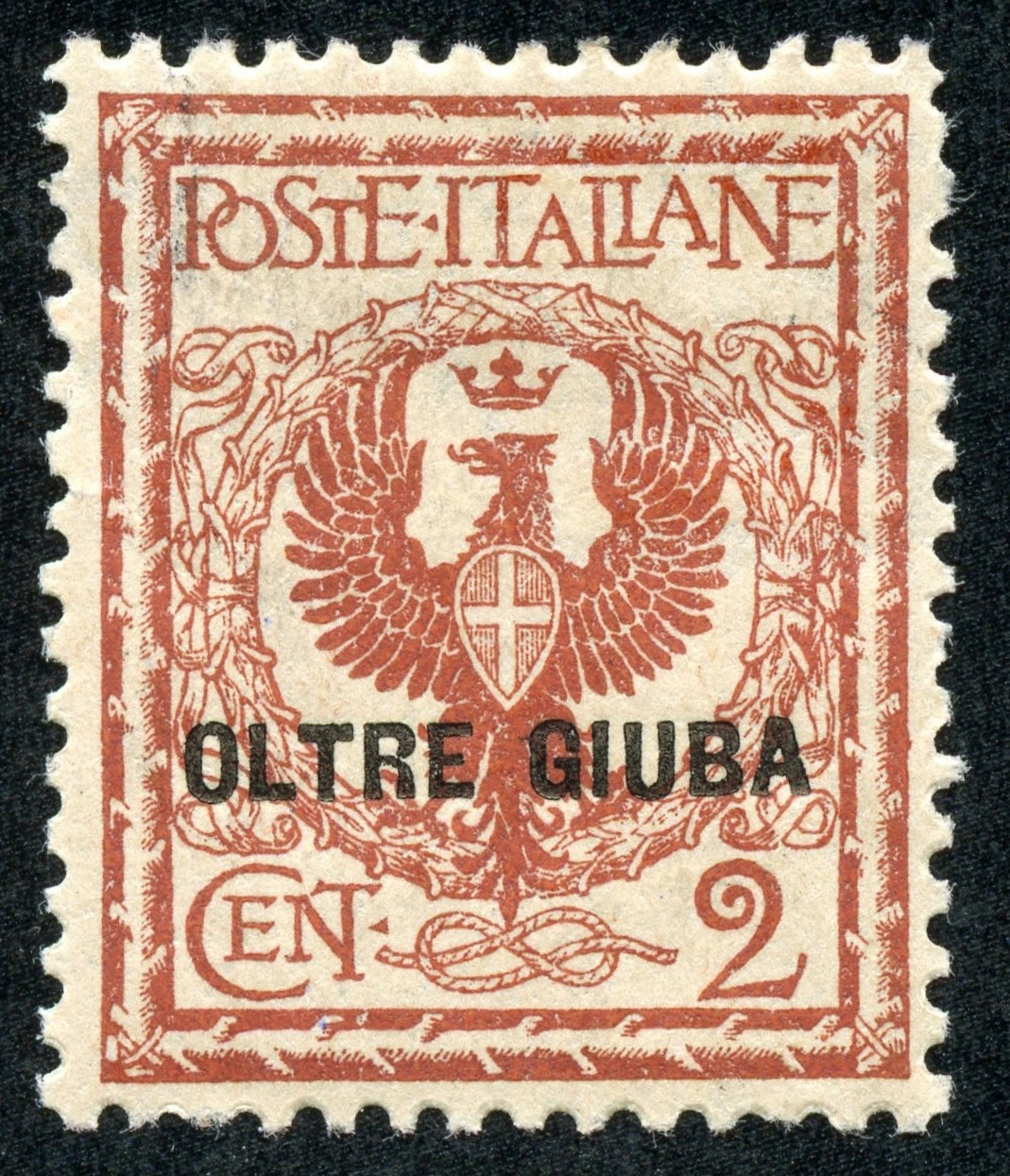 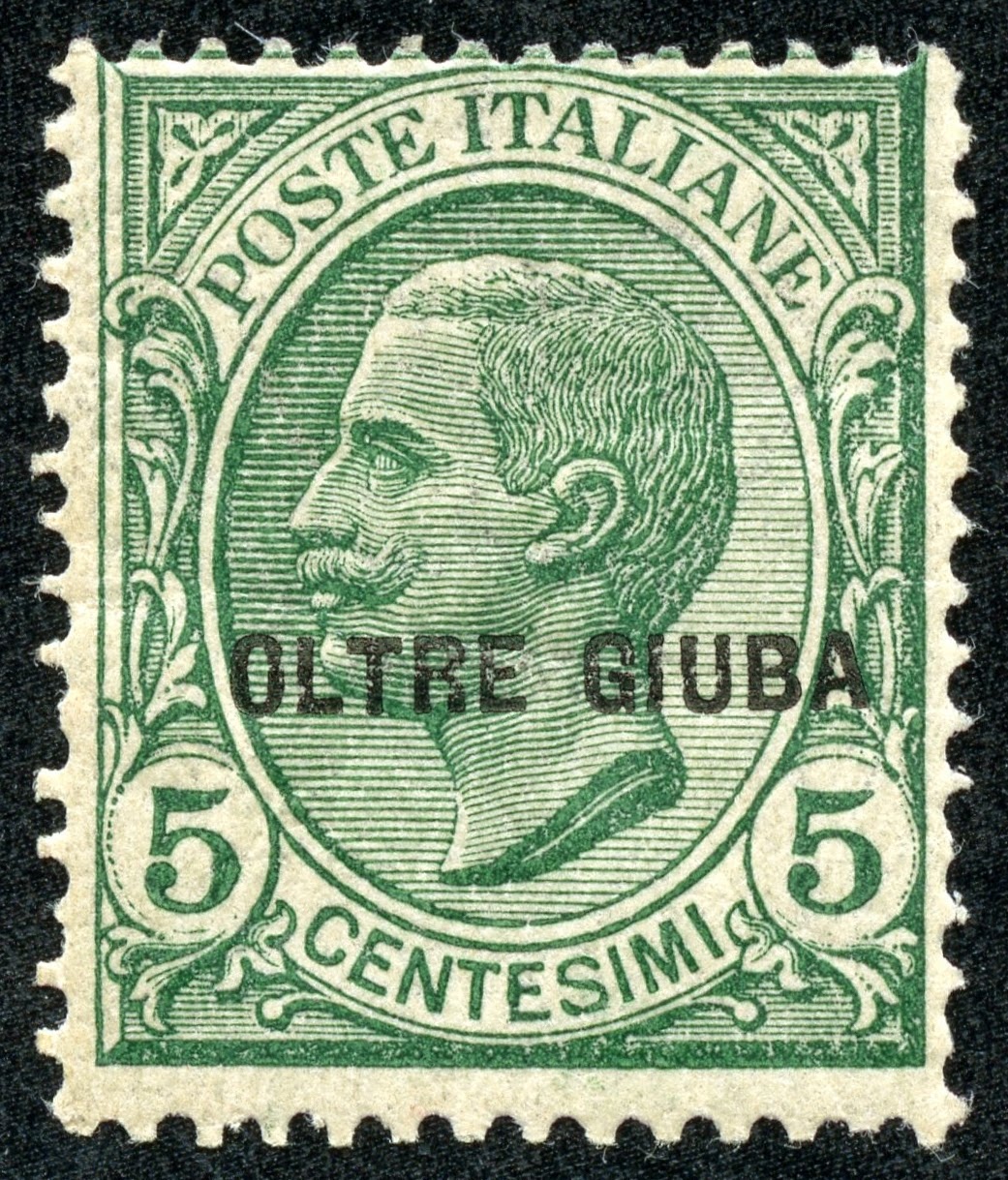 1925 Scott 3 5c green, Overprinted
"Victor Emmanuel III"
As one would expect for a rather remote short lived colony, genuine used is less common than unused in collections- and generally more expensive. 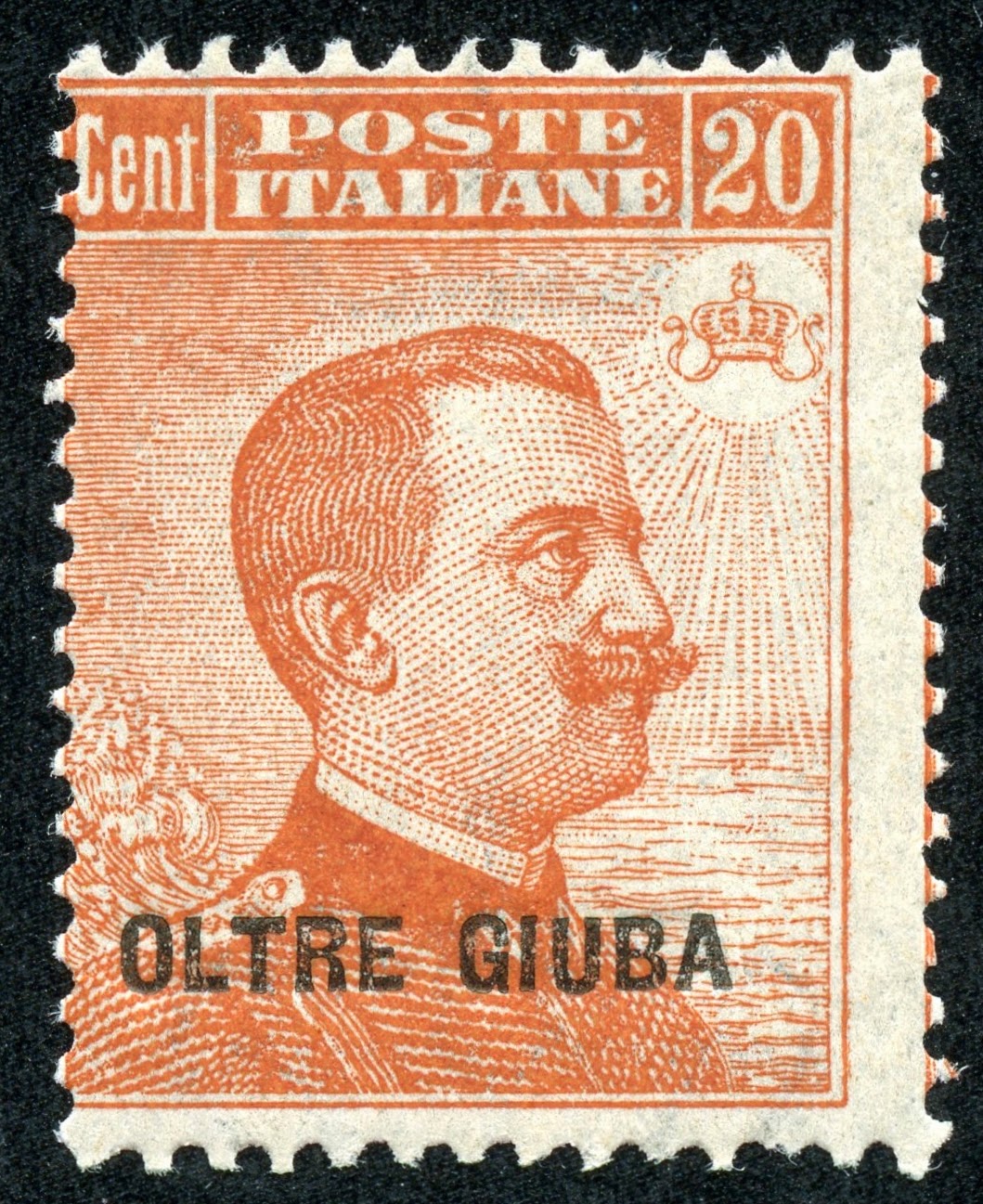 1925 Scott 6 20c brown orange, Overprinted
"Victor Emmanuel III"
Eleven of the stamps in the fifteen stamp issue have a CV of $2+-$5+. There was also five additional stamps issued in 1925-26: the last three ( Scott 18-20) have CVs of $40-$80. For those using the Big Blue album, be aware that these expensive stamps are included with spaces. 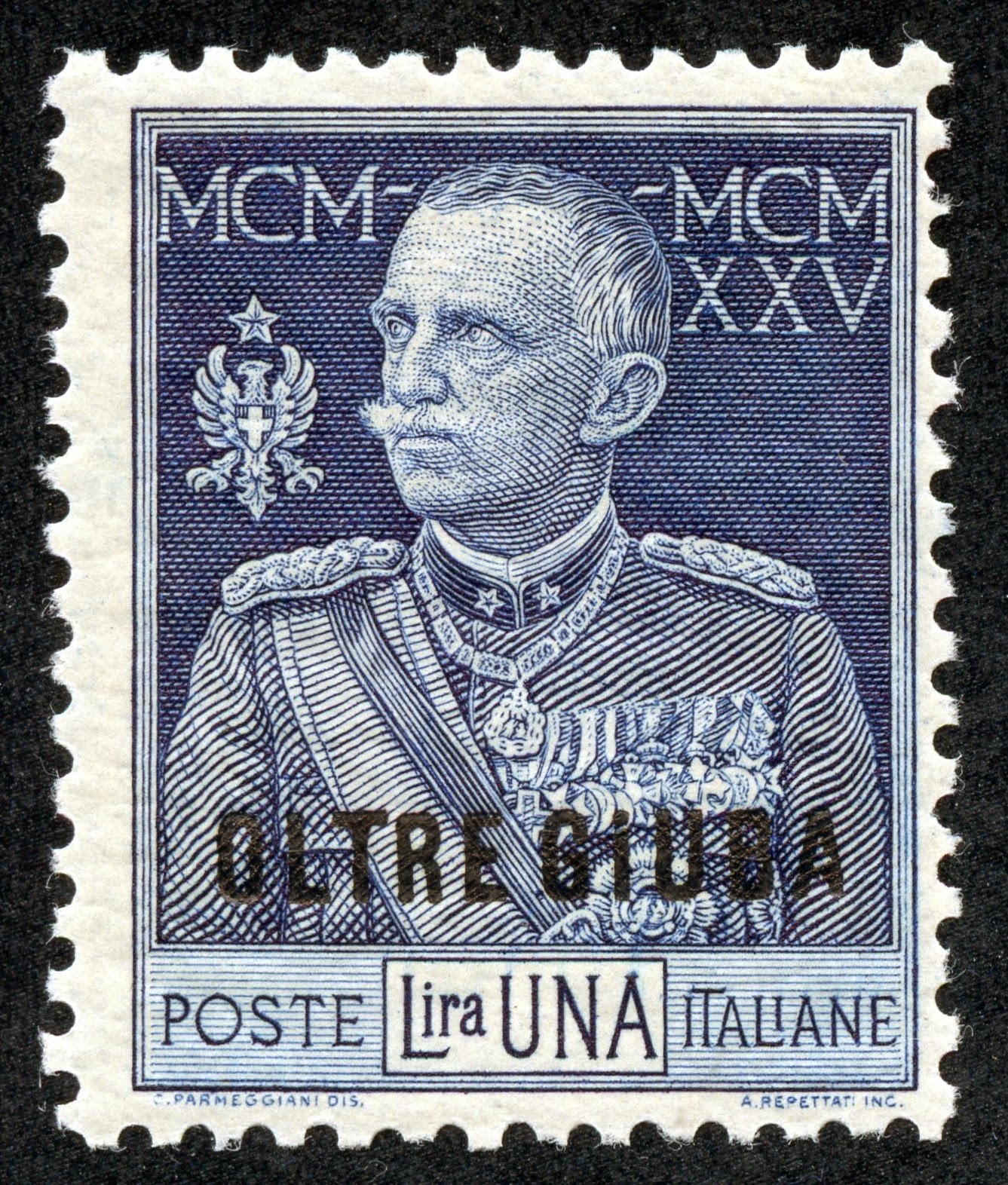 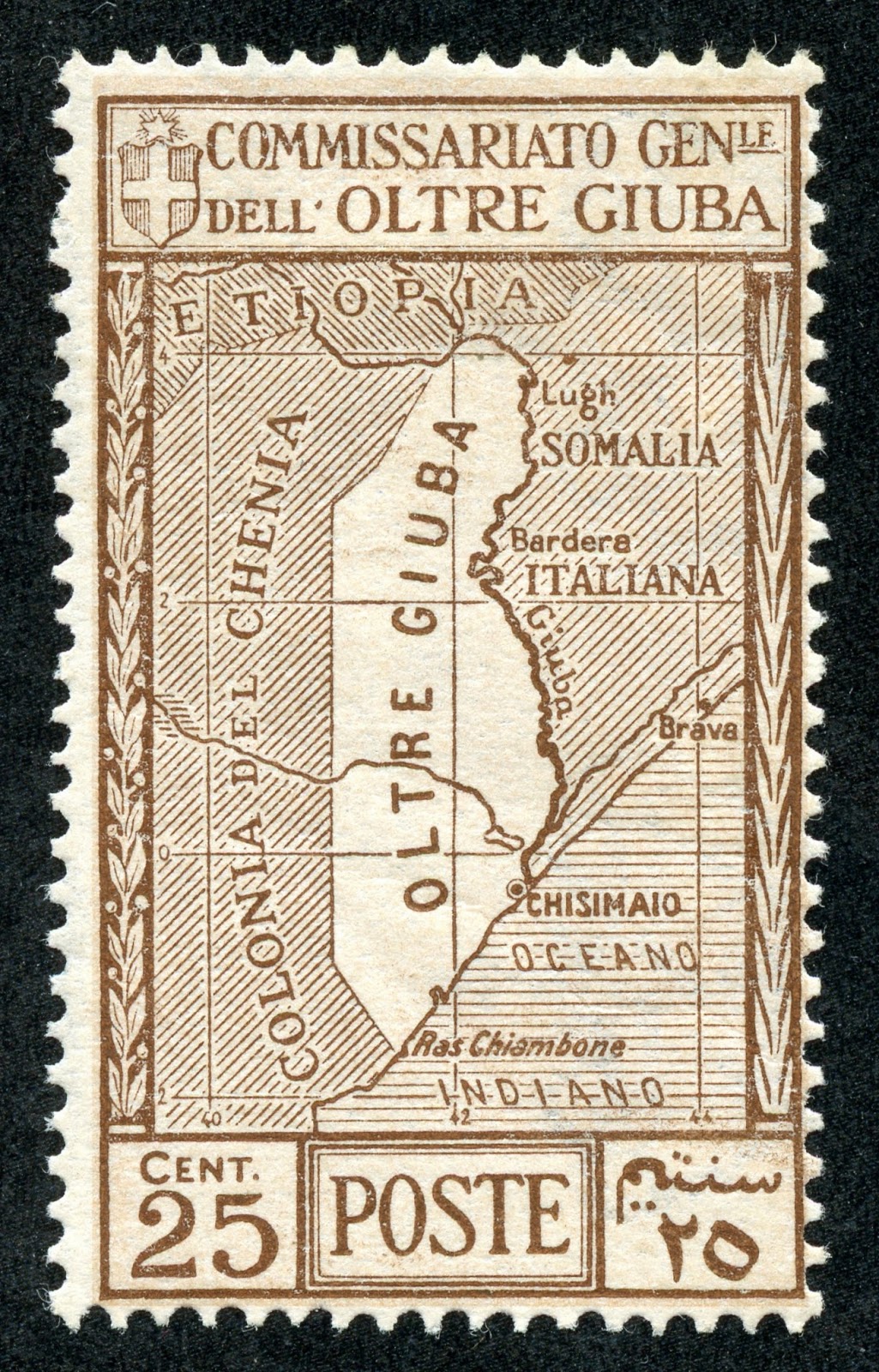 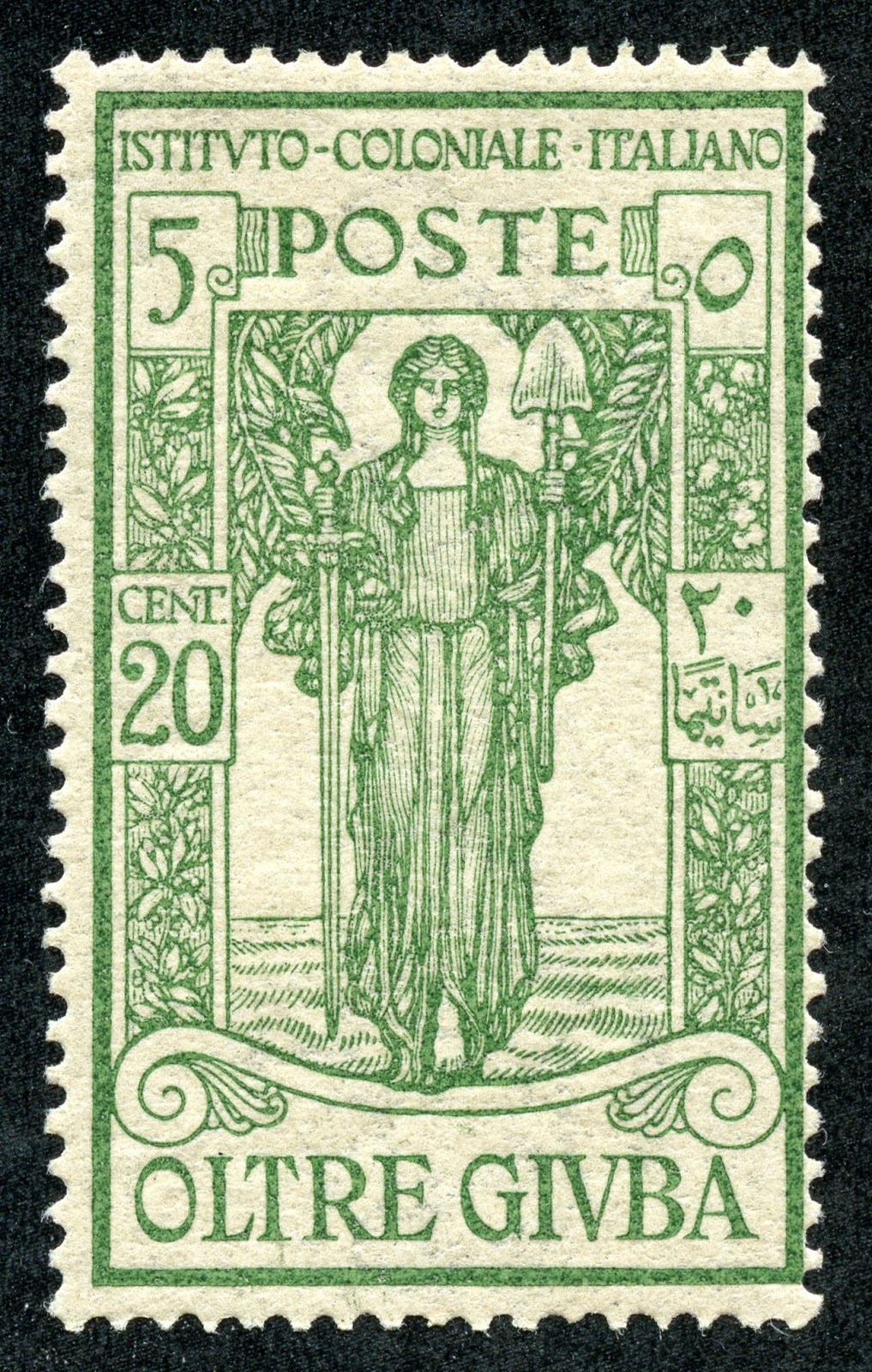 There were also issued overprinted Italian stamps of Special Delivery, Postage Due, and Parcel Post  (Total = 25). They are fairly expensive (CV $10+-$100+), and I don't have any.

On July 1, 1926, Otre Giuba was absorbed into Italian Somaliland, and stamp production for the small colony ceased. 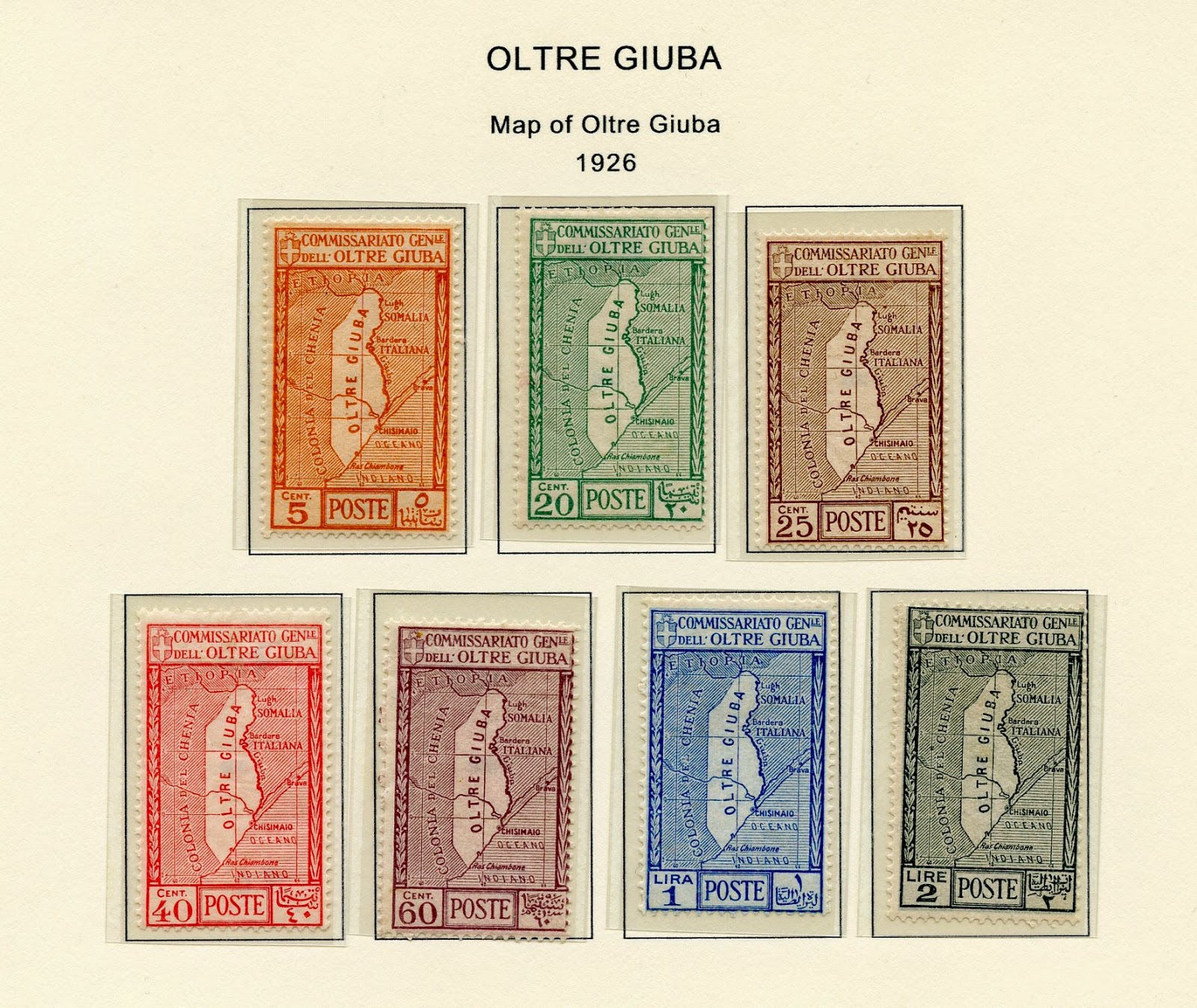 1926 Map Issue in Deep Blue
Deep Blue (Steiner) has five pages for Oltre Giuba, and includes a space for all the major Scott numbers. 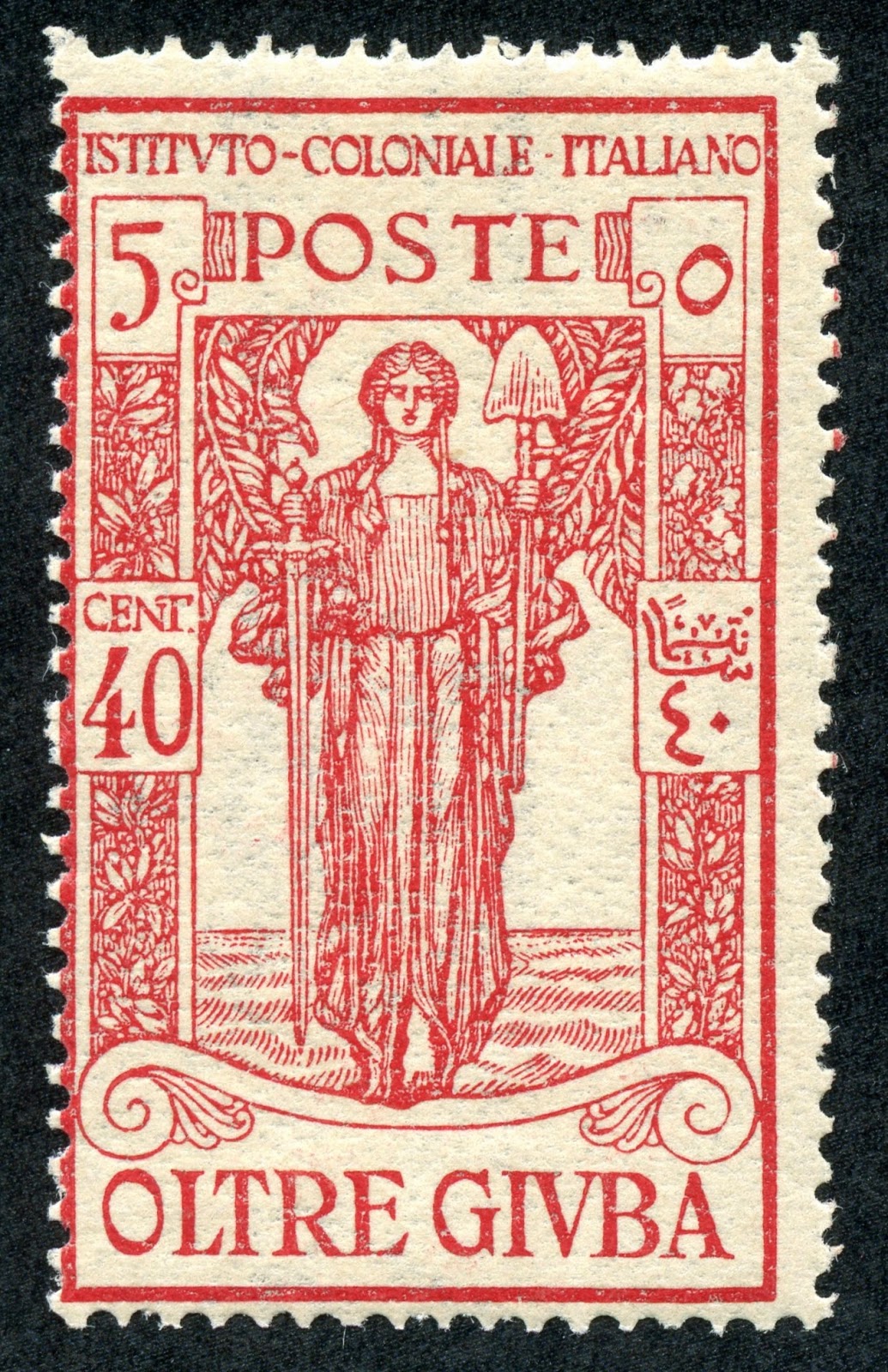 1926 Scott B4 40c + 5c brown red
"Peace", Substituting Spade for Sword
Big Blue
The '69 edition has one page for Oltre Giuba and 35 spaces. Coverage is a fairly generous 53%, considering the moderately expensive cost for these stamps.

The country in the '69 Big Blue is located between Nyassa and Orange River Colony.

In the '47, the country is  between the Nyasaland Protectorate - Obock page, and the Oldenburg -Palestine page. 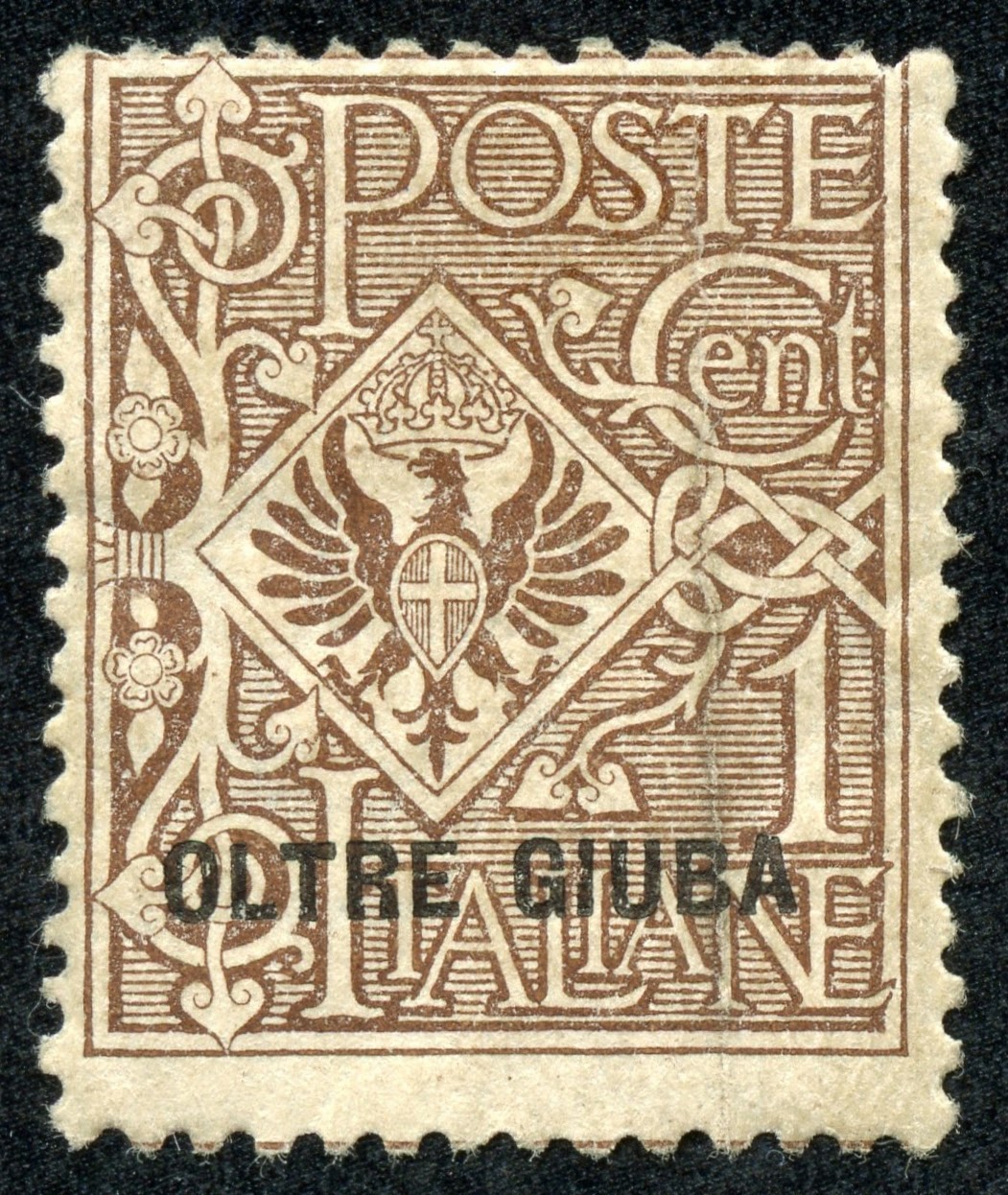 1925 Scott 1 1c brown, Overprinted
"Coat of Arms"
Out of the Blue
I've never quite warmed up to Italian colony stamps. Generally, they are  unused, and many of them merely consist of overprinted Italian stamps. They seem "artificial", intended primarily to extract money from collectors. (But, one can argue that is true for many/ most of the world's colonies. ;-)

And a large portion of Italian colony stamps tend to be expensive.

But little "Oltre Giuba" is interesting enough. And, if one wants to feel a bit superior, ask your non-philatelic friends where "Oltre Giuba" was located.

Note: Oops, I missed Oldenburg, a German Grand Duchy! That post will be put at the end of the current queue, and published in several months.