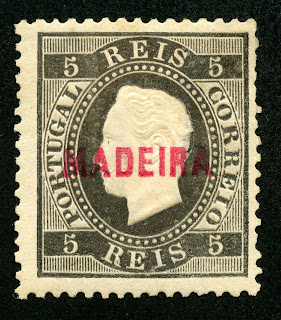 1871-80 Scott 16 5r black "King Luiz"
Red overprint
Quick History
Madeira and the surrounding archipelago in the Atlantic Ocean has been associated with, or part of Portugal since 1420 when Henry the Navigator and his sailors discovered the island. 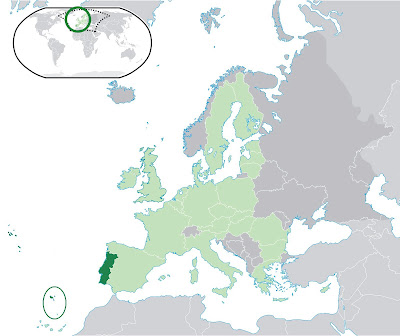 Location of Madeira north of the Canary islands
323 miles (520 km) off the African coast
The main city and Capital is Funchal, and the population was 150,000 in 1900. The origin of the archipelago is volcanic, and Pico Ruivo rises to 6,100 feet on Madeira. The largest island by far, Madeira is 35 miles by 14 miles in size. 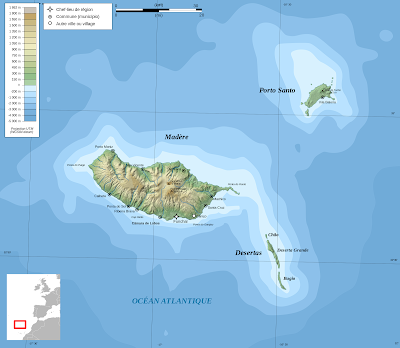 Madeira, Porto Santo, and Desertas
As noted, the Portuguese have settled Madeira since 1420, and the island was granted administrative autonomy in 1895. Today, the archipelago is part of two Autonomous regions of Portugal, along with the Azores.

There are several exceptions...
• In 1928, a 21 stamp "Ceres" issue was produced for Madeira. It was necessary for postal patrons to use the stamps on mail for six specific days in 1928 & 1929. This was to raise funds for a Museum building.
• Postal Tax and Postal Tax Due stamps were produced for Madeira in 1925. 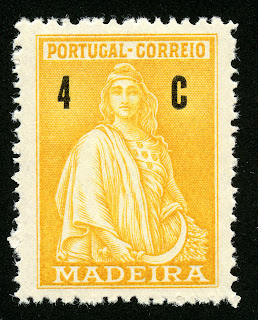 As noted, there are 27 earlier use Portuguese stamps from 1853-67 postmarked from Madeira, and listed in Scott with A1-A28 numbers. These are expensive (CV $60+-$5000), and would only interest the specialist collector.

Of the Portuguese administration "Madeira" overprinted stamps, those issued between 1868-1881 ( 32 major numbers) have a somewhat high CV. Some ten range from CV $4+-$35+, and are the least expensive. In other words, other than the 1898 Vasco da Gama and 1928 Ceres issues, and the "BOB" issues, the other stamps of Madeira are not cheap. ;-) 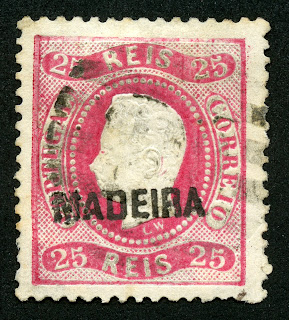 The next nine stamp issue of 1868-70 has perforation 12 1/2 and with a King Luiz motif, as illustrated above. This design bears a superficial familiarity to the next design, except here the horizontal tablet behind the upper numerals ends round with an up-turn, and the tablet behind the lower numerals ends round with a down-turn. (Not the only difference, but one of the easiest to spot.) 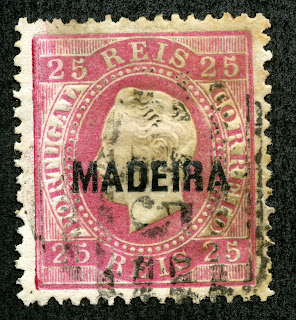 The reprints have the same characteristics as the 1868-70 issue. 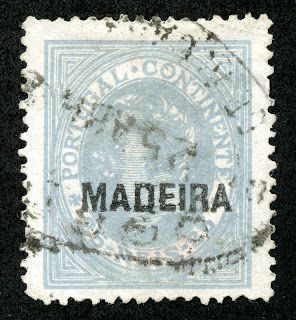 Reprints as previously described are found. 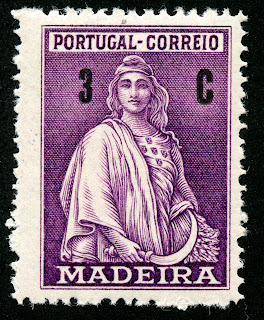 1828 Scott 45 3c deep violet "Ceres"
In 1928, a 21 "Ceres" issue was produced for Madeira. Remember, at this time Portuguese stamps were generally used on Madeira. But this stamp issue was required to be used on six particular dates for Madeira postal patrons- for the purpose of raising funds for a Museum. 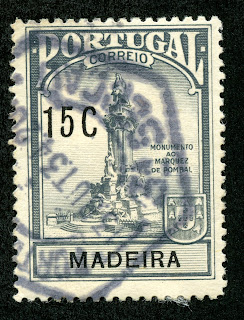 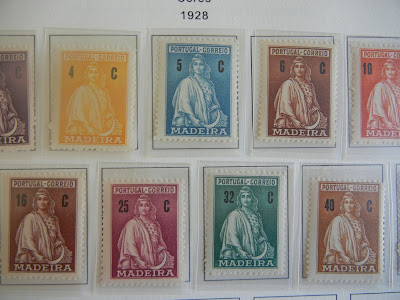 The 1928 Ceres Issue in Deep Blue
Deep Blue (my Steiner album) has 5 pages for Madeira, and gives all the major Scott numbers a space. Quite straight- forward. 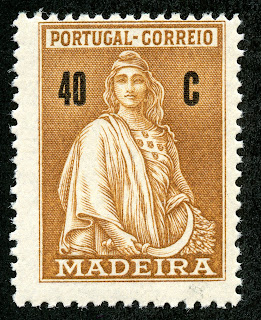 1928 Scott 54 40c yellow brown "Ceres"
Big Blue
Big Blue '69 has the spaces for Madeira, somewhat confusingly, listed after Lebanon, and on the same page as the beginning of the Leeward Islands. My '41 edition has Madeira on a full page between Madagascar and Malta.

The "41/"43/"47 editions also have spaces for Newspaper (1), Postal Tax (3), and Postal Tax Due stamps (3). These were dropped by the '69 editors. Since these seven stamps (The entire output for these categories) are inexpensive, the collector may want to add these back on a quadrilled page. 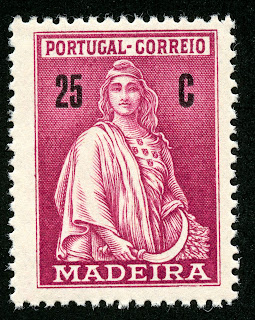 1928 Scott 52 25c violet rose "Ceres"
Out of the Blue
If you are interested in more about the stamp issues for the Madeira area, read the Funchal post also. ;-)

Note: Maps and pic appears to be in the public domain. 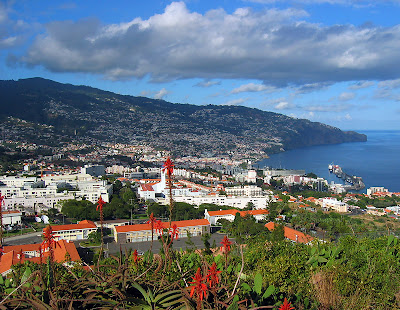 View of Funchal
Posted by Jim at 1:58 PM