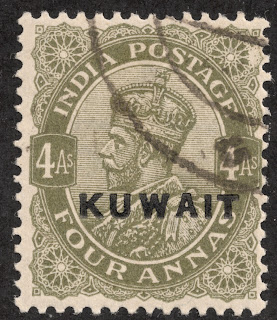 1923-24 Scott 8 4a olive green
Overprinted, On stamps of India, 1911-23
Quick History
Kuwait, on the shore of the Persian Gulf of the Arabian Peninsula, was a Sheikhdom under British Protectorate after WW I. 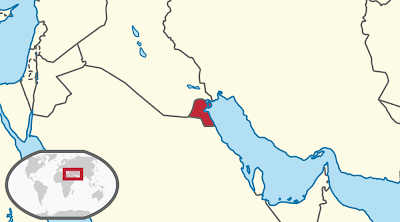 Kuwait on the Arabian Peninsula
This small Arabic country, only 7,000 square miles, though, became the 5th richest per capita country in the world after large oil fields were discovered in 1937.

Kuwait is bordered by Saudi Arabia and Iraq. 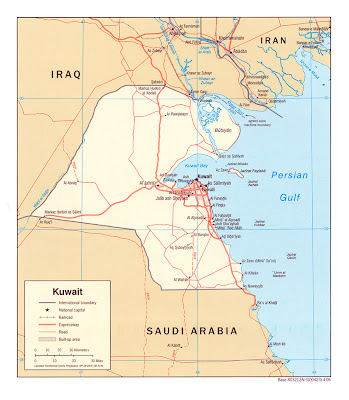 Of interest: Kuwaiti culture has contributed the "Dewaniya", a reception area where a Kuwaiti man will receive his male guests. There, topics are discussed, networking activities occur, and alliances are formed and strengthened. 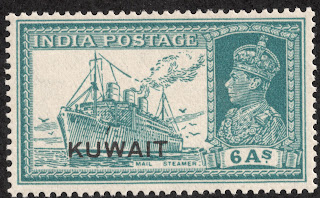 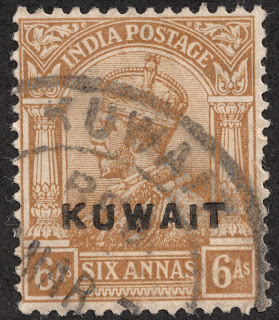 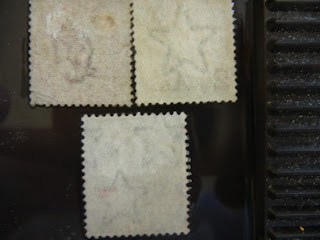 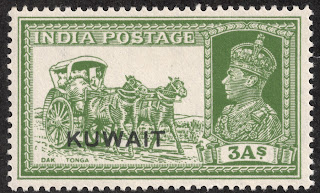 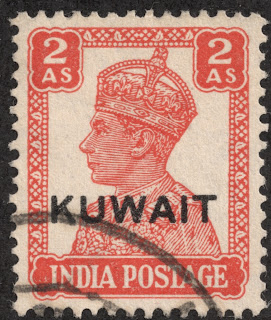 1945 Scott 64 2a scarlet
Overprinted, On stamps of India 1940-43
Recall that the Indian postal administration assumed control of the Kuwaiti postal service in May, 1941, and unoverprinted stamps of India were used. 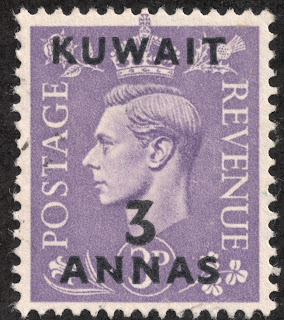 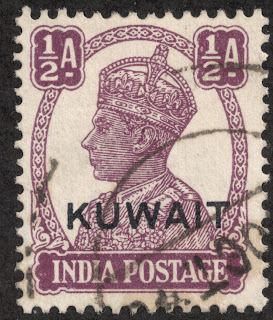 • As one would expect, the India George V overprinted issues with two different watermarks and catalogue numbers are only given one space in Big Blue. In addition, the 1934 1/2c green (Scott 18) and 4a olive green (Scott 27), which differ in design, can also be put into the spaces.

B) As usual for BB, two watermarked sets are combined and given one space. Also the 1934 1/2c green (Scott 18) and 4a olive green (Scott 27), which differ in design, can also be put into the spaces.

C) (  ) around a space indicates a blank space choice. 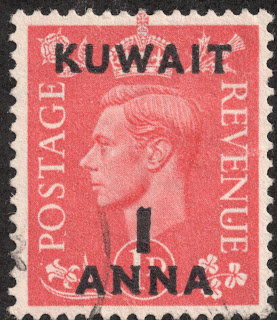 1948-49 Scott 73 1a on 1p vermilion
Overprinted and Surcharged, On stamps of Great Britain
Out of the Blue
Of interest, Kuwait's oil boom only really occurred after independence in 1961. I suspect the British  might have provided a little more postal attention otherwise.