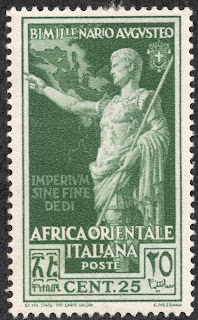 1938 Scott 23 25c deep green "Augustus Caesar"
Quick History
Italian East Africa was formed in 1936 by combining the Ethiopian Empire with Italian Eritrea and Italian Somaliland. Ethiopia was added to the dominion after the Fascist Mussolini Italian Forces defeated Haile Selassie and the Ethiopians in the Second Italo-Abyssinian War. Italy's Fascist regime wished to colonize the territory with Italian farmer citizens. But few went to Ethiopia, most went to Eritrea.

In 1940, British Somaliland was occupied, and added to Italian East Africa. This one year occupation was the only victory by Italy against allied forces that did not require assistance of German troops. 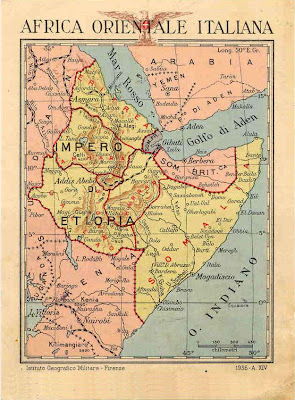 Italian Somaliland became the Trust Territory of Somalia in 1949, under the guidance of Italy. It became independent in 1960. Eritrea was annexed by Ethiopia in 1952. 1938 Scott 8 30c olive brown
"Grant's Gazelle"
Regardless of the state of the Italian government, the design and execution of art- and stamps- is an Italian strength. This is evident with the first Italian East Africa issue. The issue consisted of 20 stamps with 6 designs. The "Grant's Gazelle" design is one of the high points. 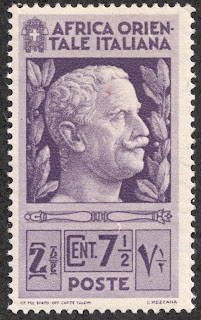 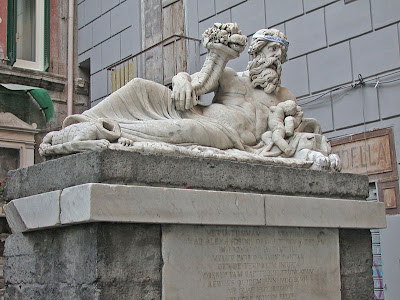 Statua del Nilo
In Naples, one can find an example of the River as Father and El Padrino of his dependent children. 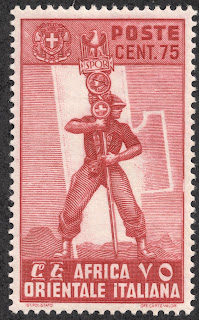 1938 Scott 21 5c bister brown
"Augustus Caesar"
If  the preceding images are too subtle, how about a direct view of the Imperialistic Caesar? ;-) 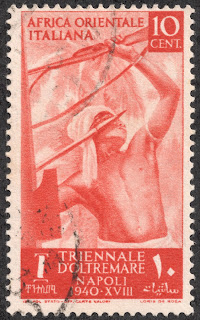 1940 Scott 28 10c red orange
"Native Soldier"
1940 gave an issue of 7 stamps, with this striking design on the 10c red orange. CV for the stamps are <$1-$1+. This was issued for the first triennial overseas exposition in Naples.I wonder if they had a second one? 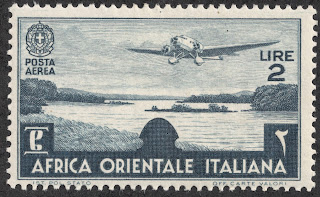 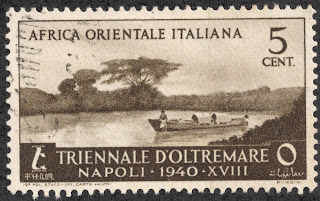 1940 Scott 27 5c olive brown
"Native Boat"
Out of the Blue
Attractive stamps, although the Fascist driven aggressiveness is neither subtle or pretty.