Most expensive stamp ever in Big Blue? 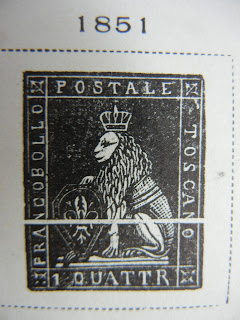 That is the catalogue value for the Tuscany 1852 1 Quattrini black "Lion of Tuscany" stamp cut image shown above.

This expensive stamp cut turned up as I was reviewing the BB Italian States coverage, which will be included in the next post.

Although I am less than half way through the country analysis of Big Blue, I suspect this is the most expensive stamp space ever to appear in the album.

True, there are other stamps in the issue that are less expensive. 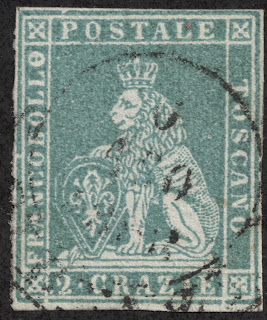 If one recalls, reviewing all the most expensive stamps in BB for the countries from Aden through Guinea...

But incredibly, for the Tuscany stamp spaces, there's more... 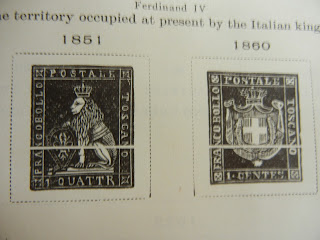 Is there also a less expensive alternative? 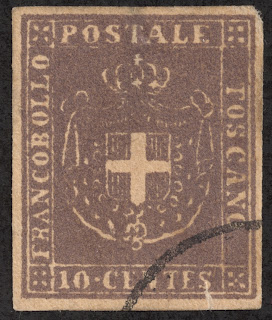 • If one is faithfully filling the spaces with stamps that clearly fulfill BB's specifications, then one better begin a savings plan. ;-)

• If one is less fastidious, then other stamps in the issues could be substituted.

And this expensive conundrum only applies to the 'earlier 41/'43/'47 editions, as the '69 editors removed Tuscany from the album.  ;-) 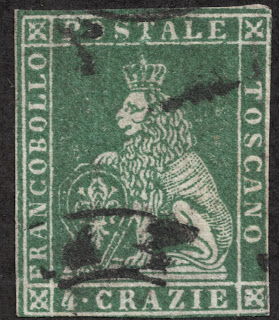