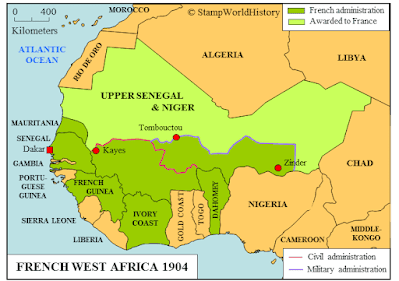 As it was in the 1900s
Map salvaged from Gerben Van Gelder’s now sadly defunct http://www.stampworldhistory.com/
(See Note * below)
Bud's Big Blue
Bud's Observations
France had problems with its West Africa colonies.  They were remote – Timbuktu, now in Mali, became a synonym for “in the middle of nowhere.” Deserts made travel unpleasant. Native Africans resisted and fought colonial authorities.  French bureaucrats spurned West Africa assignments.

Jules Ferry, a French politician, had declared at the outset of the European scramble for Africa, "The higher races have a right over the lower races, they have a duty to civilize the inferior races." West African annoyances blew the lid off such cruel, ill-logical and deceptive claims. 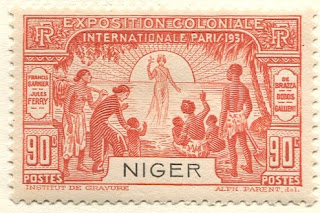 Nevertheless, France tried to manage its colonial headaches by redrawing administrative frontiers and changing colony names – hoping to strengthen its control. Niger provides a case in point. In 1899 French Sudan split up and part of it was renamed Upper Senegal and Middle Niger (Haut-Sénégal et Moyen Niger). The name changed in 1902 to Senegambia and Niger (Sénégambie et Niger) and it stayed that way just long enough for a few stamps to be issued.  Then the name changed again (1904) to Upper Senegal and Niger (Haut-Sénégal et Niger); new stamps were printed. Less than a decade later Niger became a separate military district (1911), although on maps and in stamp albums it was still considered a part of Upper Senegal and Niger. 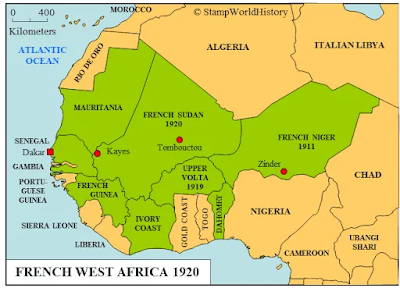 As it became in the 1920s
Map salvaged from Gerben Van Gelder’s now sadly defunct http://www.stampworldhistory.com/
(See Note * below) 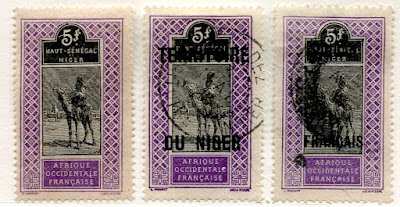 Only four stamp designs are unique to Niger: a water well, a boat on the Niger river, a fortress, and a prostrate camel peering at a Timbuktu caravansary in the distance (even though Timbuktu was no longer near the Niger border). Camels and water were/are essential in Niger, and therefore apt selections for stamp designs. Ever efficient in deserts, a typical camel can gulp down a beer keg of water in less than a minute. When fully hydrated, it carries about 53 gallons in its hump. 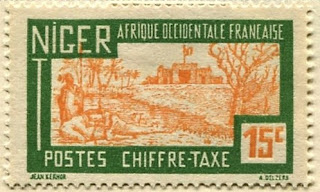 Collectors who use BB Part 2 will notice that Niger has no “France Libre” overprints. During World War II, Niger was loyal to German dominated France and Marshal Pétain’s Vichy government, while other colonies supported de Gaulle. “France Libre” appears only on the stamps of colonies where de Gaulle was organizing resistance.

Jim's Observations
"Timbuktu", in modern use, refers to a place that is so out of the way, that it is virtually forgotten.And that, perhaps ironically, is one of the attractions of WW classical stamp collecting.
Niger Blog Post & BB Checklist
*Note: Stamp World History website: Alas, presently not available. BUT, the Internet Archive's Wayback Machine has this:
https://web.archive.org/web/20180811150123/http://www.stampworldhistory.com:80/
Page 1 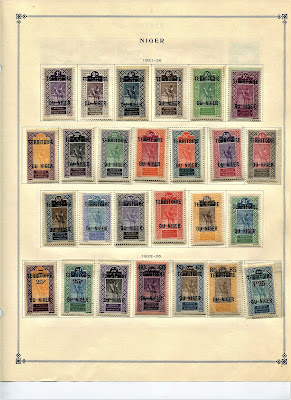 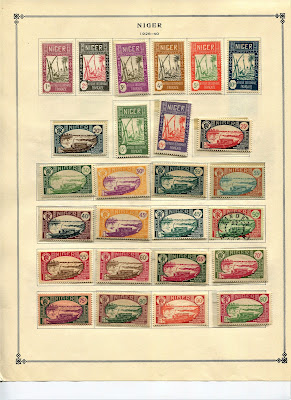 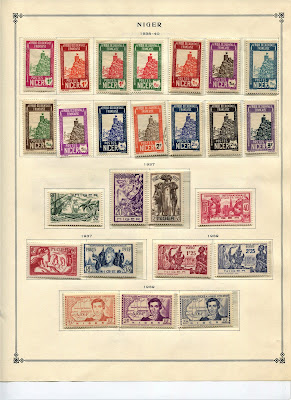 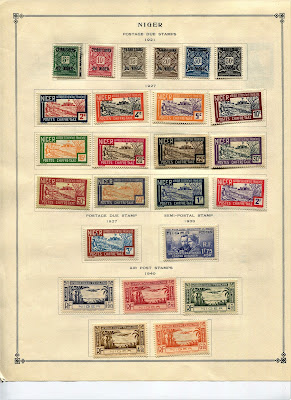 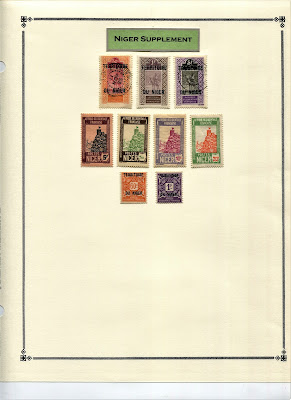