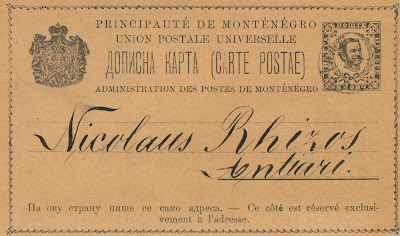 An art museum that limits its collection to portraits of only one person would bore me. If the portraits ranged over a long lifetime, maybe I’d be less fatigued, maybe even energized if the lifetime were interesting.

That’s how I feel about Big Blue’s Montenegro pages -- a gallery of selfies -- boring at first glance and yet, after a hard look, strangely puzzling, intriguing, even thought-provoking.

The portraits all depict Nikola I Petrović-Njegoš (Nicholas, hereinafter) first as a tousle-haired prince, then a portly King, and finally a timeworn king-in-exile -- one face, many facets. The tousle-hair design was repeated with minor differences for three printings plus an overprinted series; the first (1874) with seven values is the more difficult to collect (see supplement pages for examples, first two lines).

Nicholas was Montenegro’s one and only king. In addition to being a much loved and mostly capable ruler, he also wrote poetry.

At the outset of World War I, he chose an alliance with Serbia against Austria-Hungary, a right decision but one with poor results for him. After a defeat in 1916 he surrendered to the Austrians and fled first to Italy, then to France. When the Serbs were eventually victorious in 1918, instead of restoring him to power, his former subjects and allies deposed him, then joined Montenegro to Serbia. Nicholas died in France, 1921. 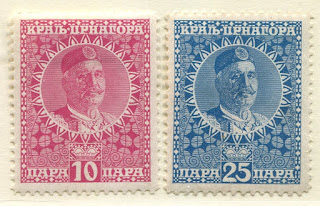 The only exceptions to stamps with Nicholas’s portrait are the postage dues and the colorful series depicting the monastery at Cetinje, the latter easily being the most frequently found Montenegrin stamps in feeder albums. The monastery houses the royal mausoleums where Nicholas’s remains were buried on October 1, 1989, along with those of his wife, Queen Milena, and two of his twelve children. Originally buried at a Russian Orthodox church in San Remo, Italy, they were repatriated and, at long last, given a state funeral.

Michael Adkins provides a helpful description of Montenegrin stamps in his Dead Country website (http://www.dcstamps.com/montenegro-kingdom-principality-1878-1916/). All of these are shown on the BB page scans below and, on the supplement pages, follow the post exilic Gaeta issues (so called because they were issued in the Italian city of Gaeta), the Austrian occupation stamps, and the overprinted French stamps that were used by the government in exile. The Gaeta stamps bear the overprint СЛОБОДНА ЦРНА ГОРА (Free Montenegro). 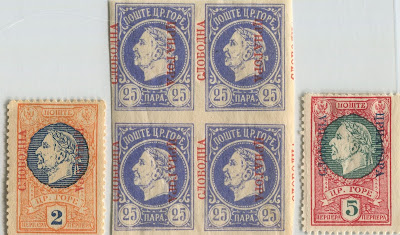 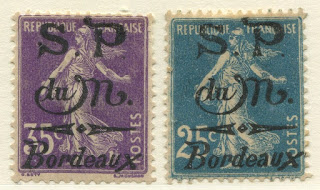 Montenegro in Exile #s 7 and 5, France

In a sense, though, Montenegro has refused to die philatelically: in 1922 it became a part of Yugoslavia where it remained uncomfortably through various rebellions and wars until 2006 when, following a referendum, it declared independence. During these years, various stamps of other nations were issued with Montenegro overprints -- Italian, Serbian, Austrian, German, Yugoslavian, etc. Deep pockets are required for collecting some of these. After independence, Montenegro again issued stamps of its own, but the likeness of Nicholas did not reappear until 2014.

Issued for the 25th anniversary of the repatriation of remains, 2014

Except for the very early issues (1874, 1879), most of the Montenegro stamp issues proper had to be abundantly supplied to the philatelic trade, as the CV for these stamps some 127-102 years later is at low to minimum. Remarkable.But the stamps themselves are well designed and lovely. Truth be told, in the philatelic world, there is generally little correlation between the intrinsic beauty of a stamp and it's catalogue value.Here one can have beauty at rock bottom prices.
Montenegro Blog Post & BB Checklist
Page 1 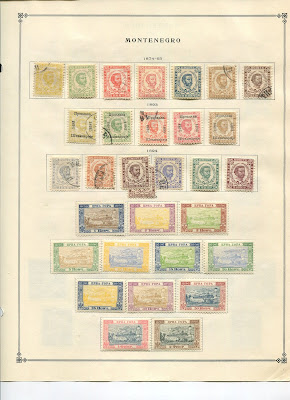 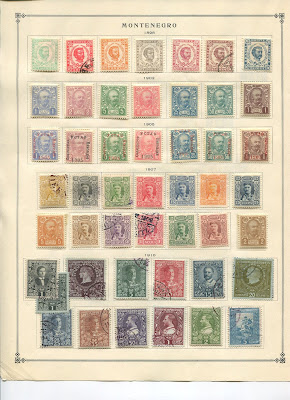 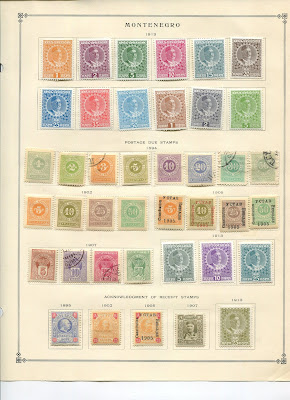 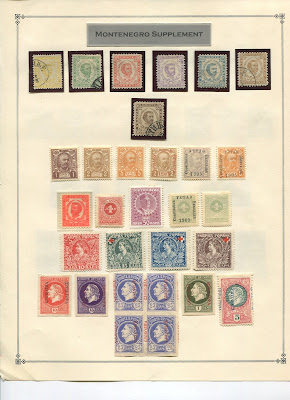 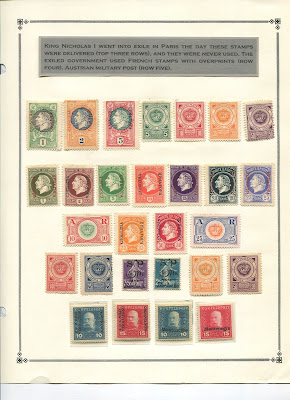 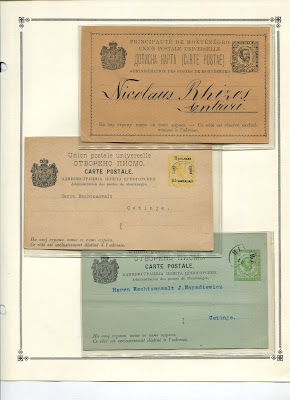