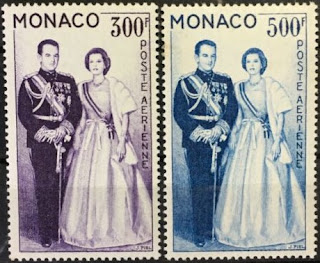 Although smaller than the average Kansas corn farm, Monaco cultivates more super wealthy folks per acre than any place on earth. It can afford tax shelters to protect this tender crop thanks to proceeds from tourists, gamblers (foreigners only) and stamp collectors.

The government prints more stamps than the locals need, then exports the surplus to not-so-wealthy collectors, a trickle-up irrigation scheme. Usually eBay has more Monaco stamp lots on offer than the country has people living there. Delcampe, a European auction site, is trying to sell ten times that number, starting as low as $0.02.

Some Monaco princes are said to have collected stamps but, apparently, not avidly enough to dry up the overproduction.

My Monaco stamps - all common as corn in Kansas - came entirely from feeder albums. A few have moderately high CVs, but none will win county fair ribbons.

Jim's Observations
Bud has a realistic view of Monaco and it's stamps. I have imprinted on me - for better or for worse- my childhood romantic view. You see, I clearly recall the exotic triangular shaped Monaco stamps I received "on approval" from a certain well known dealer from Boston who advertised in "Boy's Life", guaranteed to increase in value. Then there was the whole Princess Grace - Prince Rainier thing in the news. Even now, there is a certain extra thrill when I obtain a Monaco stamp - vestiges from my childhood memories. 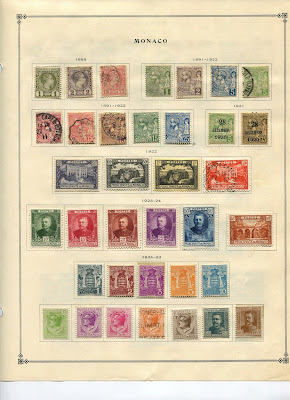 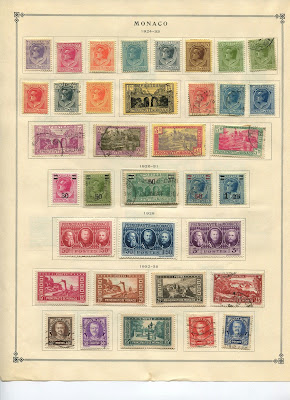 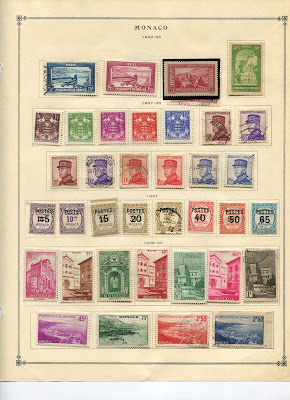 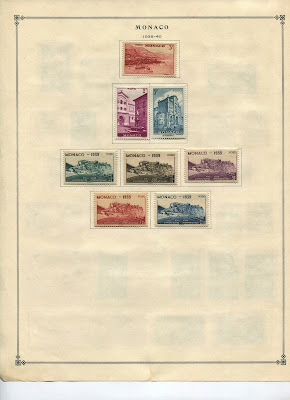 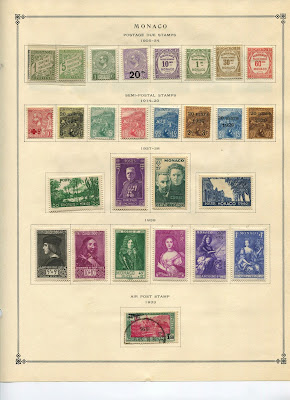 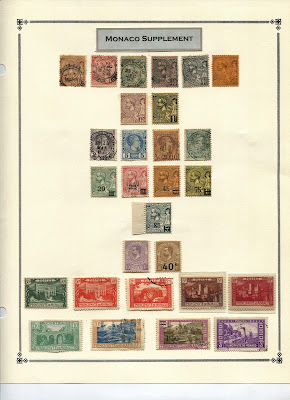 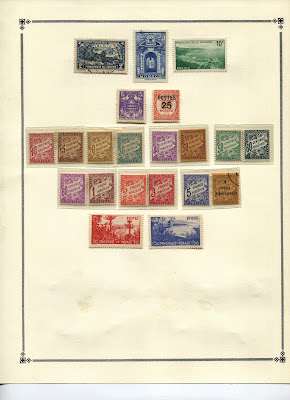