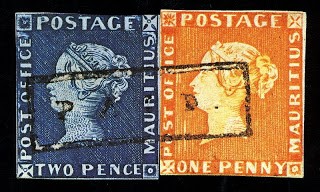 Mauritius enthusiasts abound. And they’re an argumentative throng -- all for good reason. From Mauritius sprang forth the first British colonial stamps, and the world’s first stamp overprints, too. Early Mauritian postal authorities were stunningly creative. Lacking standard stamps from the homeland, they made a few of their own. Recent online stamp club squabbles tend to cluster around fakes and variations of these early innovations, of which there are many to gloat about or lambast.

Yet, the excitement dies, mostly, before Big Blue’s selection begins. As I glance across my collection (scanned below), I see the glamour of the early make-do issues yielding to the commonplace, so the allure tapers off. I see no rarities, although a few stamps showing on the supplement pages do have high catalog values. 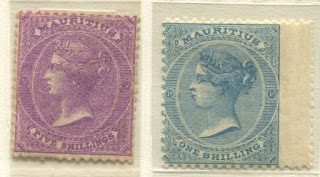 Two higher value stamps on the supplement pages
Scott 41 and 40
There’s not much history reflected in the designs of the later stamps, no local scenery, no celebrations of Mauritius’ diverse and polyglot population. Common British designs with color variations proliferate as do overprints and overprinted overprints -- not very exciting. Postal moguls back in England lacked the inventive imaginations of their colonial counterparts.

Big Blue places its Mauritius pages next to Mauritania whose stamps, by comparison, shine with local history, scenery, and ethnic people.

(Incidentally, the two countries’ names do not share a common linguistic derivation. “Mauri” in Mauritania comes from the ancient Latin term for the Berber population of North Africa while Mauritius is named after Prince Maurice van Nassau of the Dutch Republic. The Dutch, although the original colonists, 1638, abandoned the island in 1710. The French, arriving there a few years later, renamed it Isle de France. The British claimed it in 1810, booty from the Napoleonic wars, and adopted the original name.)

There are, in the classical era, only two philatelic hints about Mauritius’ diversity:
1) The 1899 commemoration of Admiral Mahe de La Bourdonnais’ birth bicentennial (French governor of Mauritius, 1734-46). It’s a curious issue for a British colony, except for the fact that French and French-based Mauritian Creole is spoken by 90 percent of the population (mostly Creole). 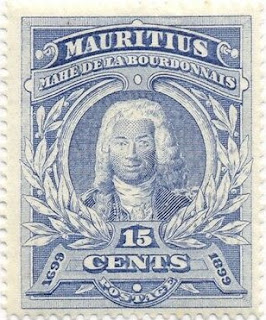 2) The postcards printed by the Central Printing Establishment (see example below) have instructions in French about where to place the address of recipients.  French is currently used in schools and the media. English remains the official language at the Parliament, although even there members may speak French. 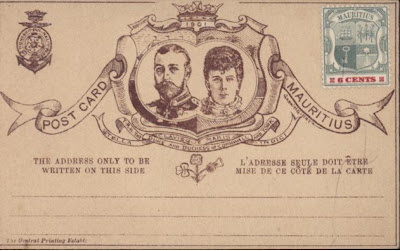 Post-independence Mauritian stamps (1968) do a better job of depicting the island’s history, but it’s mostly colonial history with scant reference to the majority population. Even the above postcard was commemorated on a 1978 stamp. 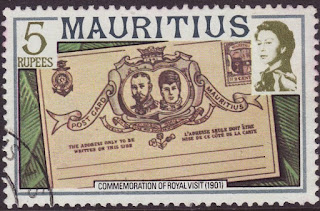 A guide to Mauritius stamp literature is found at: http://www.stampdomain.com/country/mauritius/

Jim's Observations
Stamps were initially issued in 1847: not just any stamps, but the famous "Post Office" Victoria Mauritius stamps (See Header pic). Mauritius, then, is a rich specialists delight, with some 24 major and minor number "Post Paid" stamps issued between 1847-1859, and a catalogue value in the thousands up to a million. !But there are also many interesting issues produced that are attractive for the WW classical era collector of modest means, as well. 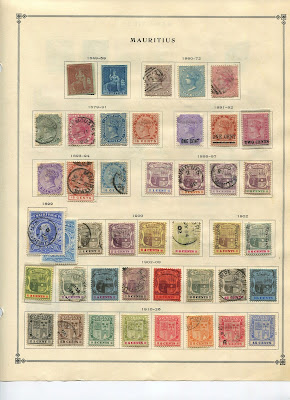 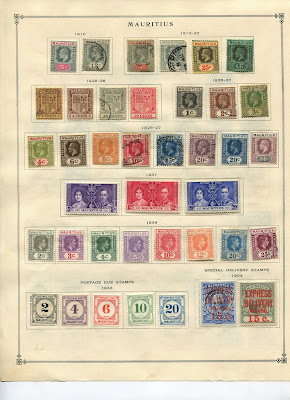 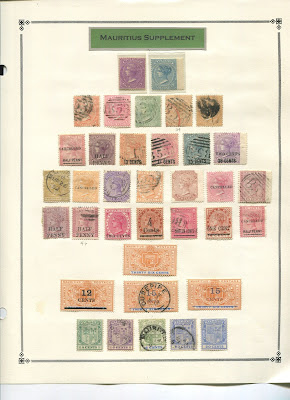 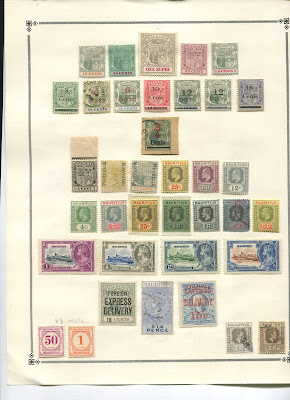