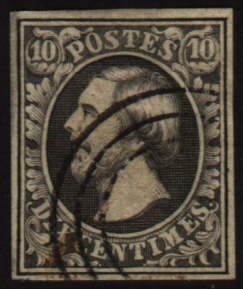 Generalist collectors beware, Luxembourg stamps require specialization and, for many rare stamps, deep pockets. Worse, Luxembourg stamps remain unpopular. Apfelbaum Inc., a stamp dealer’s website, blames this disrespect on four factors: too many expensive stamps, too many cheap stamps, too many poorly designed and executed stamps in the classical era, and too many forgeries, especially among those overprinted “official.”

Throwing caution aside, I’ve forged ahead collecting whatever Luxembourgs I can find. I’m going to a stamp show tomorrow and, as always, missing Luxembourgs are on my list. The result so far amounts to nine supplement pages (shown below), four of them dedicated to official overprints. Some of the forgeries are marked.

Why, I wonder, are there so many “official” stamps? Luxembourg could not have had many government agencies in the classical era to use them. That’s why cancels on rare “official” stamps are scarce. Luxembourg “officials” offered via the internet are commonly frauds, although the sellers may claim otherwise.

Grand Duke William III (above) looks remarkably like King William III (below) on early stamps of The Netherlands. Jim explains why here.  Opposite profiles distinguished them, although. neither stamp bears the name of the issuing country 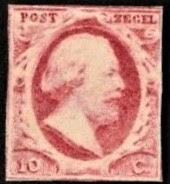 King William III, The Netherlands
Census: 268 in BB spaces, 2 tip-ins, 236 on supplement page.
.
Jim's Observations
The Grand Duchy of Luxembourg, the only remaining grand duchy, is a small western European country (1000 sq mi) nestled between the Belgium Walloon region, the German Rhineland-Palatinate and Saarland, and the French Lorraine region. The population was 260,000 in 1914.

Luxembourgians speak Luxembourgish to each other, French for official business matters, while German is the first language learned in school. English is understood commonly.

During WW I, Germany occupied Luxembourg, but allowed the government to continue.

In 1939, Luxembourg issued a specific proclamation of neutrality. But the Nazis invaded anyway on May 10, 1940. The Nazis ignored sovereignty, and treating Luxembourg as an extension of Germany, basically annexed the lands to the Rhineland-Palatinate in 1942. 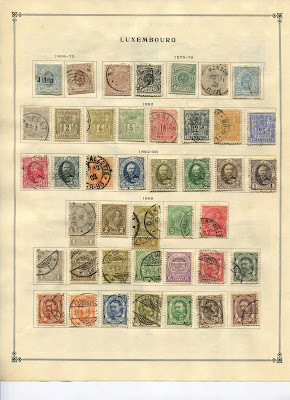 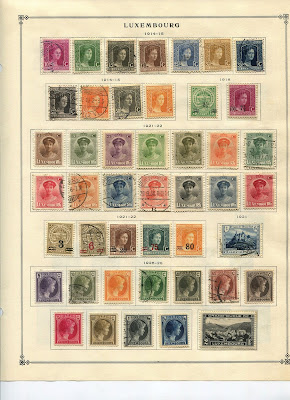 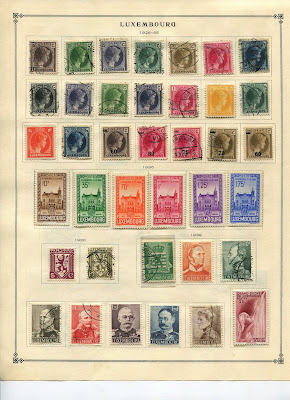 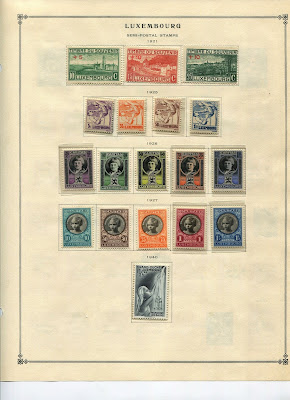 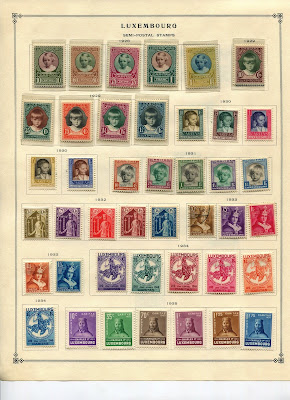 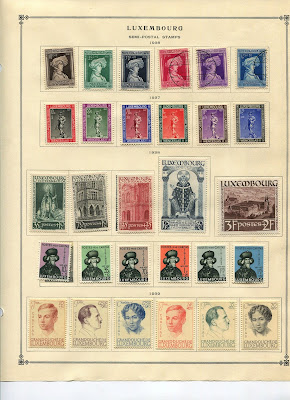 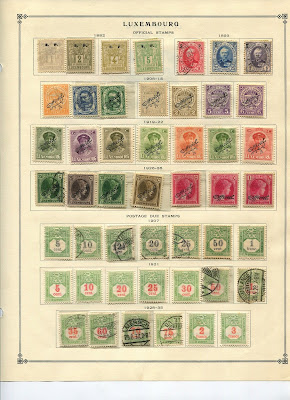 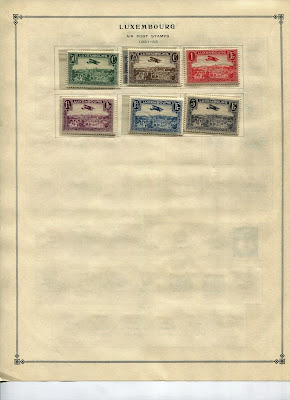 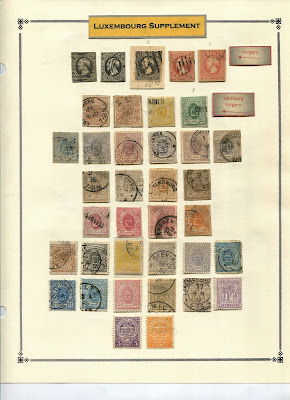 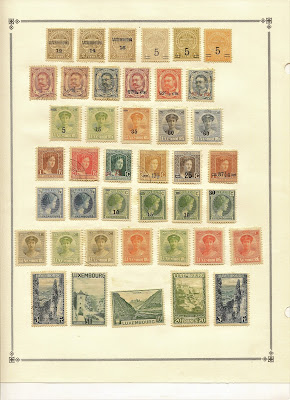 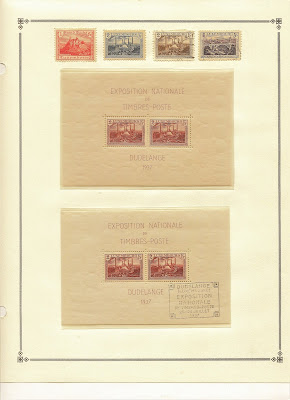 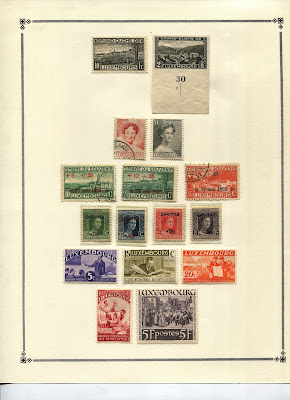 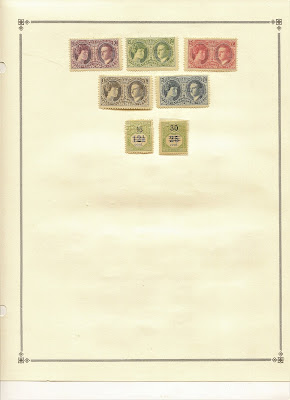 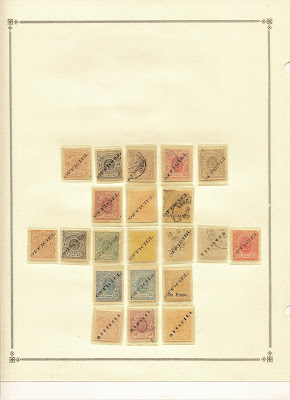 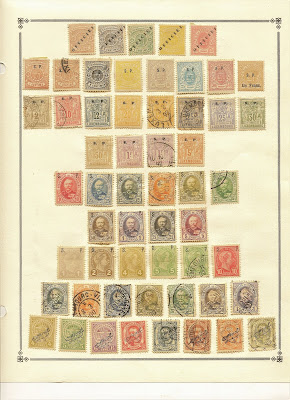 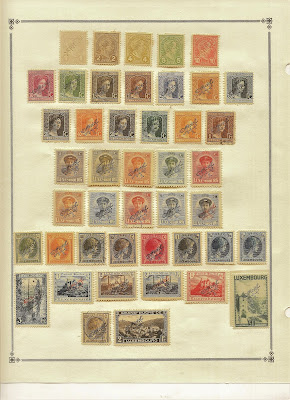 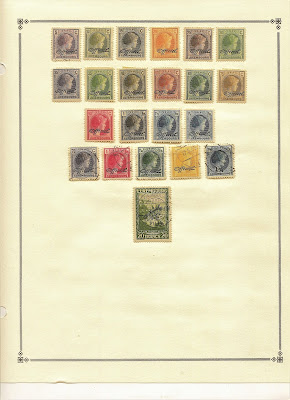