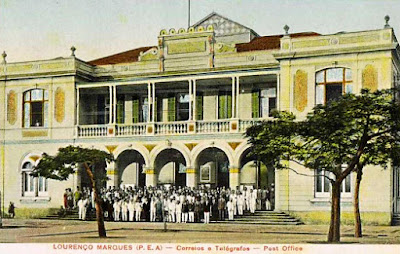 Lourenco Marques -- since 1976 known as Maputo, Mozambique -- was originally named for the Portuguese sailor who landed there in 1544. Today it may be described as diverse and delightful but, in the same breath, as drab and dilapidated. No one really knows what Maputo means. The poet Abhay K recently wrote “It is just … a river that lends its name to the city of acacias, jacarandas and flames of lush tropical gardens, the proverbial pearl of the Indian Ocean … dotted with colonial palaces and Stalinist boxes” (1) 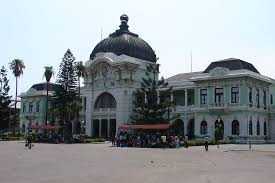 Much of Lourenco Marques’ old architecture still remains -- some of it late gothic, much of it Portuguese colonial or neoclassical, all of it tattered but charming. Maputo has built alongside its historic buildings stunning new Art Deco, Brutalist, and Modernist structures -- now similarly tattered but, except for the communist era concrete boxes, charming. 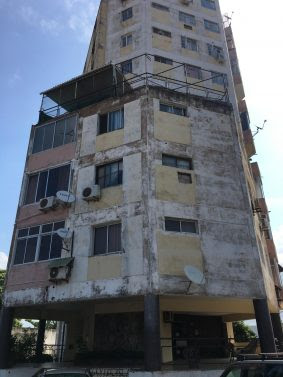 Typical 1970s structure
I spent a week in Lourenco Marques/Maputo a while back visiting some of its architectural wonders.  There are many, but none appear on the classic era stamps issued by Portugal. Only a few show up on modern Mozambique stamps. Too bad. A missed opportunity. 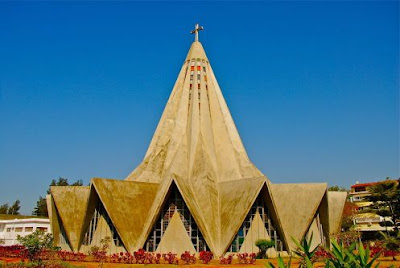 Scott catalogs list more stamps for Lourenco Marques than for any other Mozambique province, except for the areas served by the Nyassa and Mozambique chartered Royal Companies. As the result, more stamps appear on the supplement pages below than in the scans for, say, Quelimane, Inhambane, Zambesia, Tete or tiny Kionga. A close look at the cancellations shows that Lourenco Marques stamps were sometimes used in other provinces. 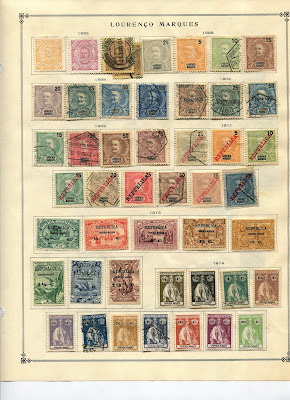 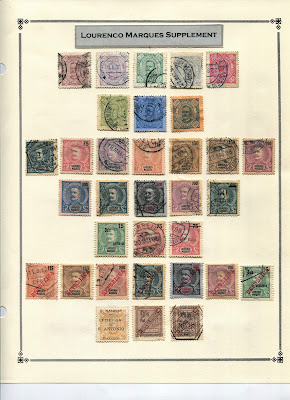 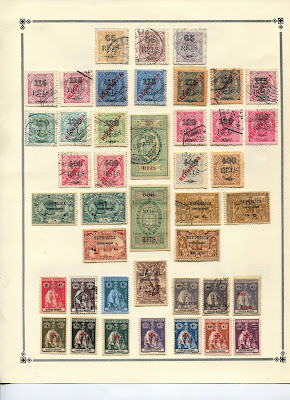 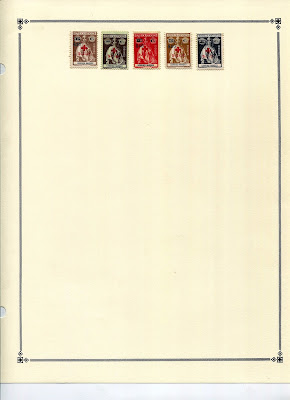