Some of the Relocated
Bud's Big Blue
Bud's Observations

Libya (Big Blue spells it Libia, as in Italian and on the stamps) presents a challenge to collectors. Stamps are expensive and often scarce. To make matters worse, there’s a problem with Italian stamp dealers, as mentioned in my comments for Bud’s Big Blue Italy. Dealers in the US commonly sell Libia stamps at a small fraction of catalog value, if/when they have them.

Nevertheless, here are the filled BB Libia pages. I was lucky enough to buy a nearly complete feeder album for Libia, otherwise I would still have many open spaces, especially for back-of-the-book issues. Also, I benefitted from knowing a few friendly dealers.

The 1969 BB adds spaces for Libia that earlier editions don’t have, and also relocates some stamps that were formerly placed in the Tripolitania section. The editors of earlier BB editions apparently thought, if “Tripoli” was inscribed on a stamp, it should go under the Tripolitania heading. Later they decided otherwise. The misplaced (see some above) were shifted to Libia for the 1969 edition and, moreover, an additional 33 stamps were given spaces for Libia and Tripolitania combined, a total of 322 spaces. In BB editions of the 1940s, Libia and Tripolitania had only 289; even earlier, still fewer. Therefore, the earlier editions make less than satisfactory feeder albums even when they are mostly complete.

For some reason Libian stamps issued before 1932 are more often found cancelled, while after that date they’re usually mint. I suspect that, following World War II and with the coming of the United Kingdom of Libya in 1951, many of the unused but obsolete 1930s stamps found their way into the hands of Italian dealers.

Jim's Observations
Big Blue '69, has nine pages for Libya, and has 69 spaces for regular, 60 spaces for semi-postal, 3 spaces for semi-postal special delivery, 6 spaces for special delivery, 6 spaces for parcel post, 14 spaces for postage due, and 37 spaces for air post. Total = 195. Coverage is 73%!!
Observations...
• BB continues to provide way more coverage for the Italian colonies than they do for most any other country. Was Scott paid off by Italian dealers? ;-)  Every semi-postal stamp issued by Libya is included in BB!
• Expensive stamps in abundance- 32 stamps are $10-$24 CV, and 11 more stamps are >$35! And the more expensive stamps are very expensive- $80,$80,$105,$105,$105,$125,$125!
• Be aware that the 1921-31 choices include wmk "Crown" vs unwatermarked major numbers. Also, minor numbers with perforation 11 are eligible.
* I'm no longer doing a formal comparison of spaces between the '69 BB edition and the 1940s BB editions ("Kinds of Blue"), as I did for earlier blog posts. But the large difference for Libya between the '43 edition and the much greater coverage in the '69 BB edition merits notice. 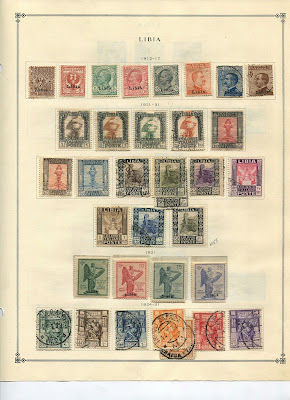 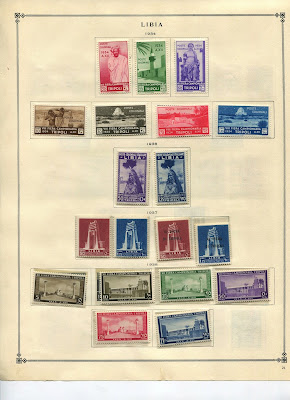 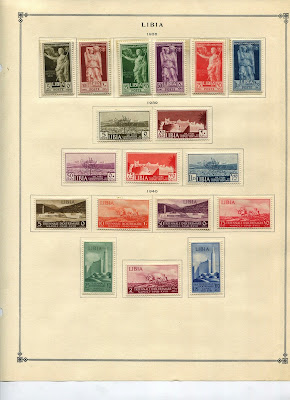 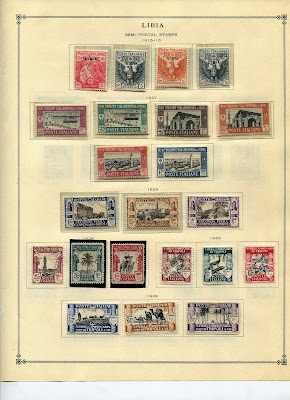 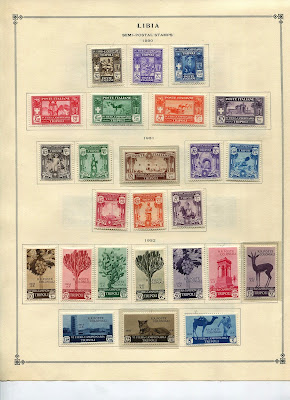 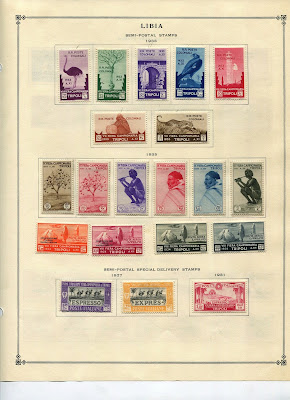 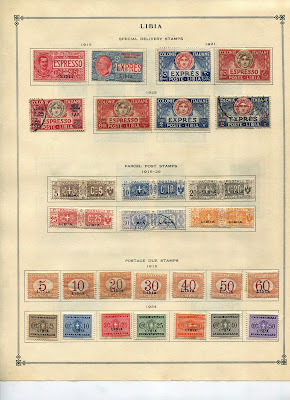 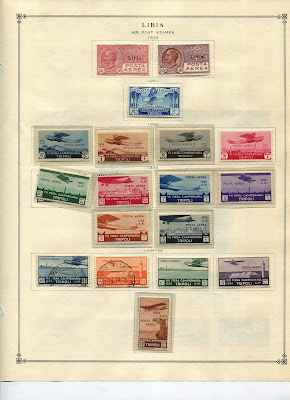 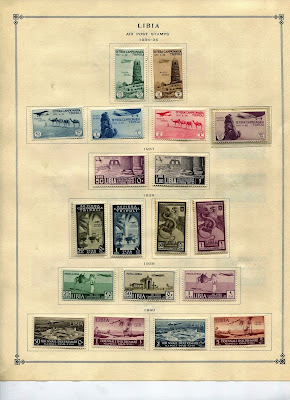 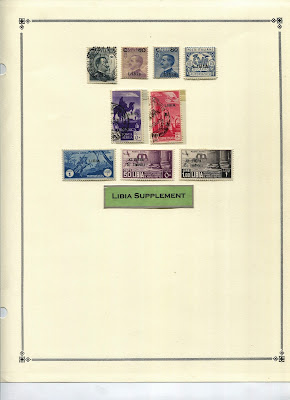