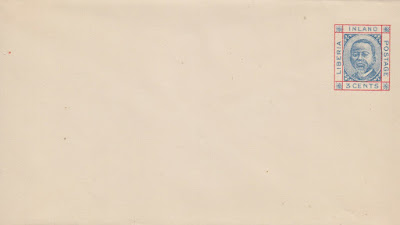 Liberian stamps frequently turn up in feeder albums, so most BB spaces aren’t difficult to fill. The 1915-16 overprints, though, provide more of a challenge. BB, curiously, inserts a military stamp (#M3) along with the overprinted regular issues (page 3, row 2). My example has a double overprint. 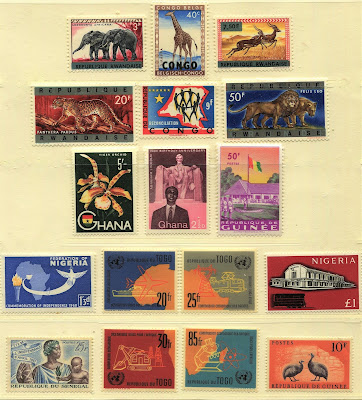 The Americo-Liberians, never constituting more than 5% of the total population, literally governed Liberia from 1847-1980, when a bloody coup d'état occurred.

So what about the stamp issues?

If one was putting together a business plan during the classical era years to attract the most stamp collectors, what would one do?

• Put African safari animals, natives doing handicrafts, native abodes, and wild pictorial scenes on the stamps.
• Engrave them, and make many bi-colored in bright contrasting hues.
• Use the finest stamp printing firms and designers from London, Berlin, and New York for the stamp production.

Then one almost doubles the production by the often different colored Official issue stamps. Finally, one has the many overprinted issues with a generous supply of errors and misprints.

Since there were many attractive stamps to review, I published two Liberian posts: the first covering 1860-1914, and the next covering 1915-1940. 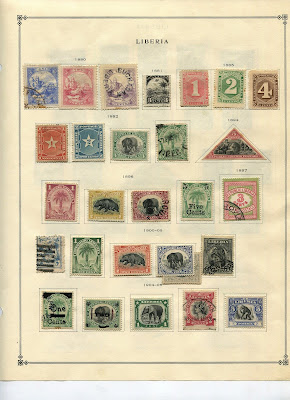 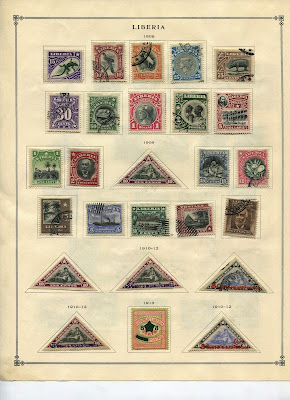 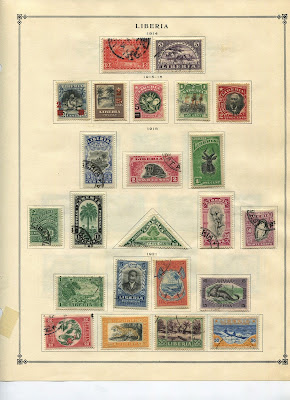 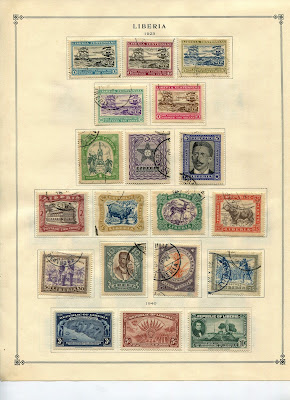 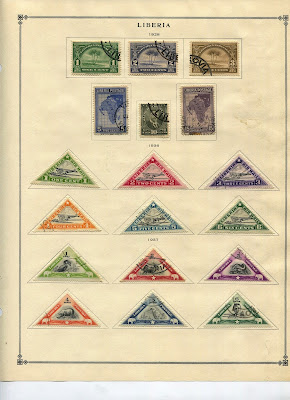 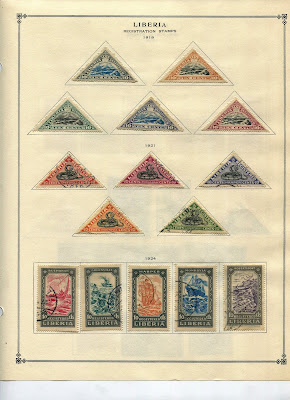 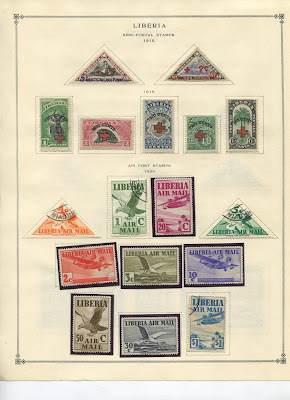 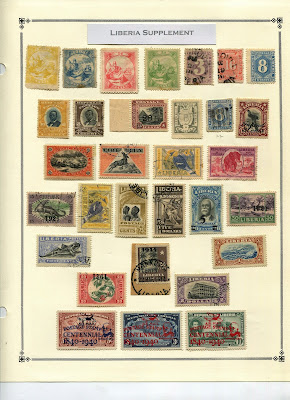 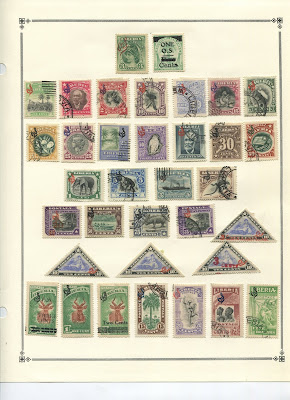 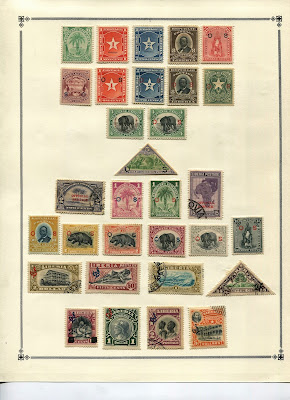 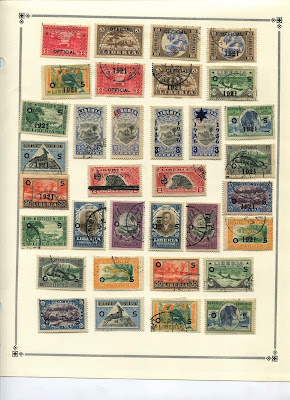 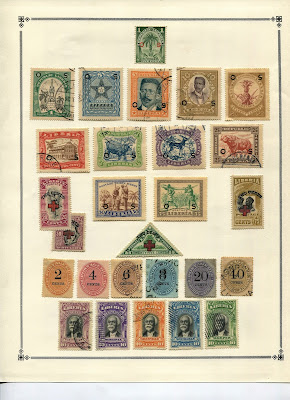 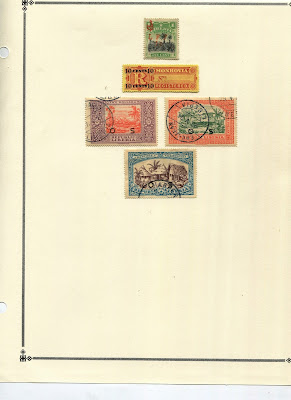