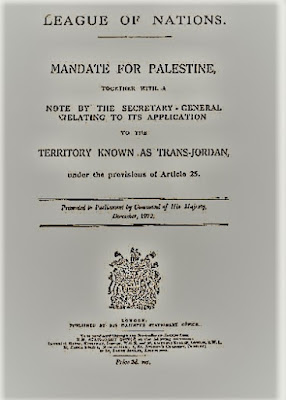 BB’s Jordan stamps might be thought of as League of Nations stamps. Here’s why.
World War I and its aftermath ransacked the relative calm of philately’s earlier classical era. Some nations disappeared, new ones cropped up, still others appeared briefly then faded away. BB provides a serviceable roadmap for tracking these convulsions. Behind its stamps lie barely hidden the war’s wreckage and the struggles to put things right again, maybe even to make things better. It was, after all, “the war to end all wars.”

Such idealism met with dogged reality in Jordan and Palestine. Before the War, Transjordan was not a single administrative entity. Following the war and, more particularly, following the dissolution of the Ottoman Empire, Transjordan lacked cohesive government, much less any stamp-issuing authority. So, the League of Nations provided a stop-gap: WWI’s winners would temporarily govern where the defeated formerly held sway until such time as the people living there were able decide what to do on their own. Transjordan was mandated to Great Britain. (See cover of the mandate document above.)

Article 19 reads, in part: “The Mandatory [Britain, in this case] shall adhere on behalf of the Administration of Palestine [including Transjordan] to any general international conventions already existing, or which may be concluded hereafter with the approval of the League of Nations, respecting … postal, telegraphic and wireless communication ….”

As the result, BB’s Jordan begins with make-do (British) Egyptian Expeditionary Force (EEF) stamps overprinted in Arabic "Arab Government of the East." These served while the Ottoman postal service was being dismantled and replaced. Overprinted stamps of Hejaz served a similar purpose (see supplement page). Progress toward independence, which eventually came in 1946, is marked by the 1928 series with the likeness of Abdullah I bin Al-Hussein.

Under the general Palestinian Mandate, the British carved out a separate administration east of the Jordan River, and had the House of Hashemite, Emir Abdullah, the eldest son of British ally Sharif Hussein of Mecca and the Kingdom of Hejaz, become the titular head.

Abdullah's government was established in April, 1921. 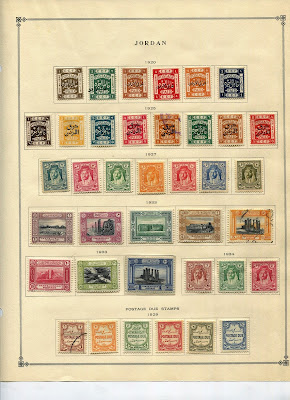 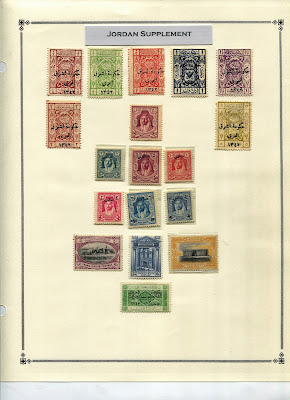 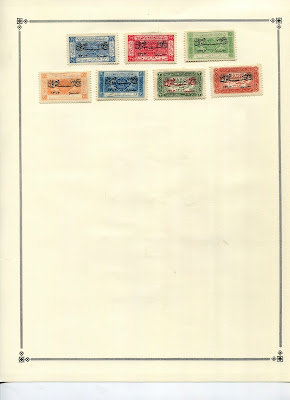