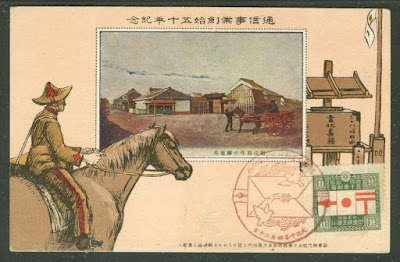 50th Anniversary of the Japan Postal Service, 1921
(one of a series of postcards; from my collection)
Bud's Big Blue
Bud's Observations

Two competing stories about Japan’s early postal system wrestle each other on the internet. One is mostly accurate while the other, I think, mostly fantasy.
The postcard (above) commemorating the 50th anniversary of Japan’s postal system (1921) reflects the more accurate story. It’s worth careful study. The inset shows a horse drawn wagon with a flag bearing the original postal mark (1877 – 1887). The equestrian on the left, sometimes misidentified as a feudal messenger, has the same postal mark on his hat and cuffs -- an 1870ish uniform. Meiji era Japanese were modeling their first formal postal system on Britain’s but they lacked a British railroad delivery system. So, in their genius for adaptation, they substituted horses and wagons. Meiji Japan typically borrowed ideas from Western technology, then put a Japanese “stamp” on them. (No wonder their descendants came up with the Prius.)
The original postal mark appears again on the card’s stamp (Scott #163) and the decorative cancellation. It’s successor, the〒 that continues in use, is on the right side of the stamp and, in the middle, Japan’s flag. I don’t know what the furniture on the right side of the card represents; perhaps it’s a pubic mail box with a writing desk on top. It, too, has a postal banner.
The tattooed runner (below) with his message suspended on a bamboo stick represents the fantasy story. There were, no doubt, runners who carried private messages and some of them may have sported loin cloths and spectacular tattoos, like rickshaw pullers and sumo wrestlers, but likely not when in the employ of the official Postal Service. Postal runners in many nations used poles to carry messages; I’m unsure why. On the whole, though, the image looks posed, like a colorized studio photo.
As is conspicuous in the following scans, my Japan pages want attention. They’re too scruffy. I’m waiting until I find a good set of 1871 dragons to motivate me. What would I redo? Put the revenues on a separate supplement page. Same for the extra China and Korea overprints. Press wrinkled stamps or replace them.  Arrange the fancy cancels (last supplement page) attractively. Organize the supplements by date.  Give special attention to the China and Korea occupation stamps. And, generally, neaten up things. Someday. If I could read a few Japanese words, it would help.
Census: 260 in BB spaces, 40 tip ins, 57 on supplement pages, not counting cancels on the last page 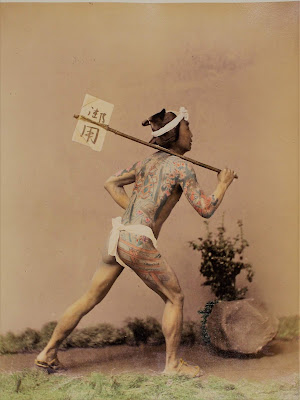 In public domain, photo copy by LTS Library
from Captain F. Brinkley, Japan : described and illustrated by the Japanese. (1897) Boston, Ma.: J. B. Millet Company, inserted after p. 204. The caption reads: “Tattooed Postman. The art of tattooing is carried to great perfection in Japan and receives patronage from foreigners as well as natives. The mail carrier in the country districts of today, is sometimes clad in this picturesque but unsubstantial attire which in ancient times was regarded with universal favor.  The packet of mail is attached to the end of a bamboo pole and carried on the shoulder.”


Eight stamps were introduced in 1871-72 with native laid paper. They showed a pair of dragons facing characters of value. They are CV $100-$800+, and forgeries outnumber genuine by 10:1.
Frankly, the WW collector should probably avoid them unless one has specialized literature about identifying forgeries (Most common: Wada forgeries), and one has a real interest in Japan.

The second Japanese issue, called the "Cherry Blossoms" was issued between 1872-75.  There are forgeries known for these stamps, so one has to be careful.

The "Kobans" were produced between 1876-92, and, along with the 1899-1907 "Chrysanthemum Flower Seal" issue, parallel the period of rapid industrial development. They are fairly easy to find, generally inexpensive, and fortunately, almost always genuine. They would be good issues for the WW collector to begin their Japan collection.

The definitive issues of 1913-1937 are just complicated enough with unwatermarked versus two watermarked varieties, ordinary versus granite paper, and different Die sizes, that I devoted a separate blog post just for them.

My final blog post for Japan covered the remaining classical years of 1924-1940. 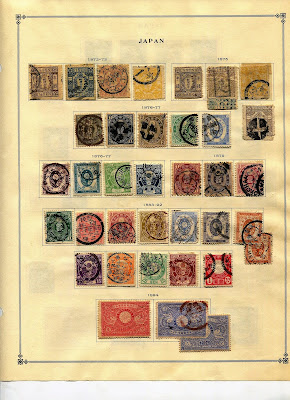 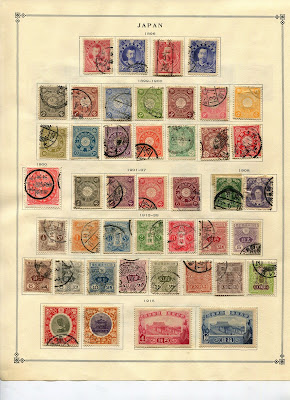 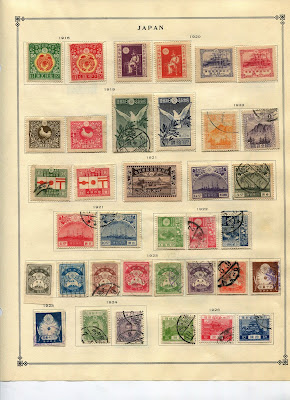 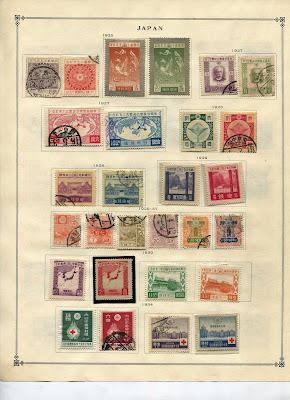 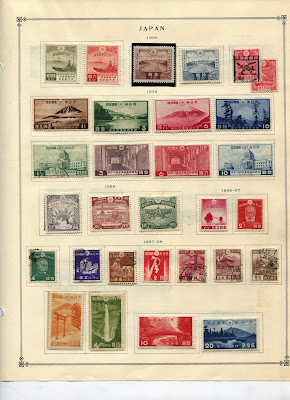 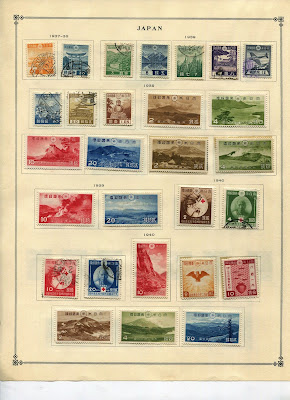 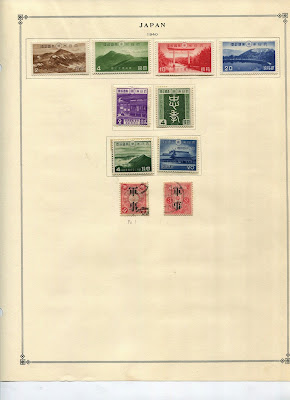 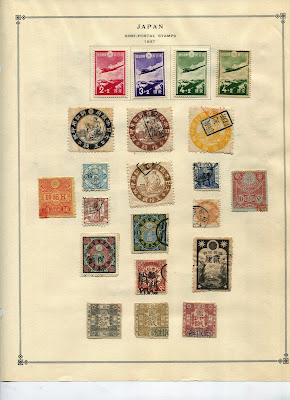 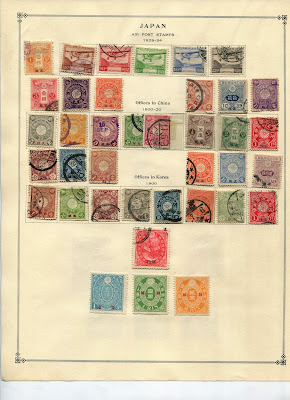 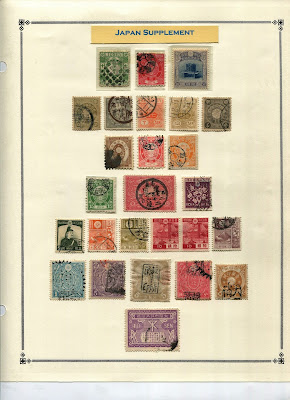 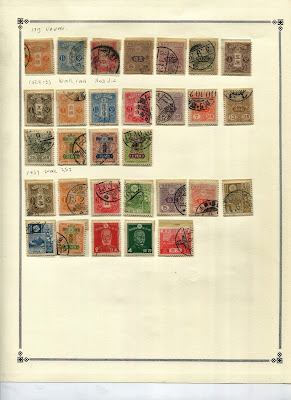 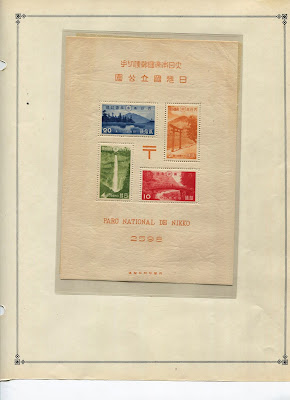 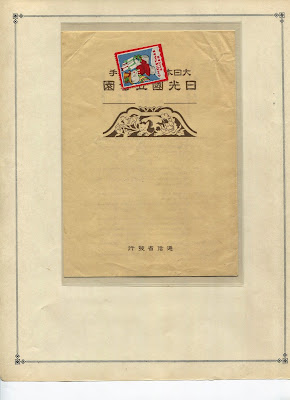 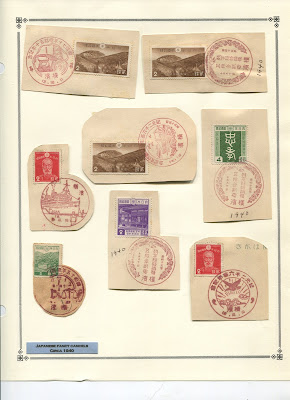