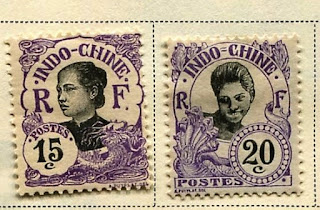 Early French and British colonial stamps look much like those of the colonizing countries; in Indochina’s case, the conventional “Navigation and Commerce” allegory plus a female personification of France (maybe Marianne without her odd hat?), both inscribed INDO-CHINE.

In the later classical era, however, colonial stamps branch out. The British put forward the obligatory crowned heads gazing at local scenery, mostly. The French, having ousted crowed heads, used “RF” initials and preferred images of local people, often anonymous beautiful women in native garb, such as Annamite and Cambodian girls (above).

The “beauties,” as the stamps with local women came to be known, have a darker side. French colonizers eroticized Vietnamese women on postcards, often franked by these stamps. Far darker yet than “naughty” postcards, human trafficking of Vietnamese women, usually through China, became commonplace. Looking at BB’s album pages of Annamite and Cambodian girls, I wonder if France can ever heal the wounds of its colonial past. (The British have much to redress, too.)

In 1933 air post linked Saigon with other eastern cities and, for the occasion, stamps with a single engine monoplane were issued: 14 denominations initially, others followed. Gabriel-Antoine Barlangue designed this striking impression. Scans of both perforated and imperf examples follow below 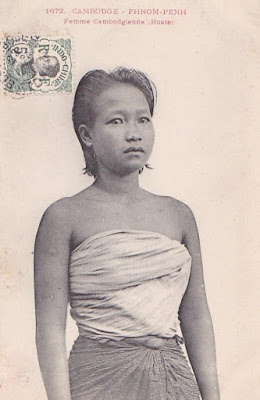 More fearful than naughty
Jim's Observations
Indochine française, or French Indochina, was a French colonial protectorate in southeast Asia. It consisted in 1887 of the the Vietnamese areas of Tonkin, Annam, and Cochinchina, and also Cambodia. Laos was added in 1893. Saigon was the first Capital (1887-1902), then Hanoi (1902-1939), and finally Da Lat (1939-45) during the classical era. Of interest, During WW II, Vichy France administered the colony, while the Japanese occupied the area. 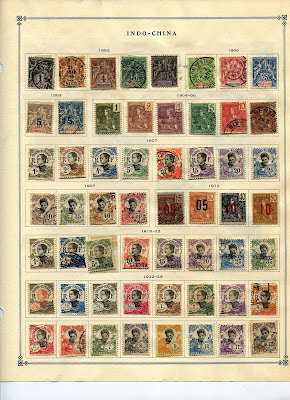 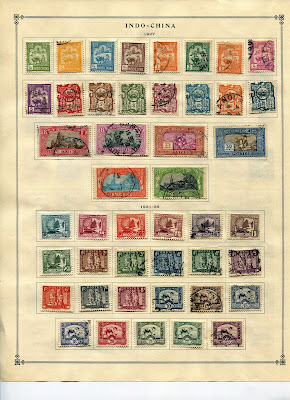 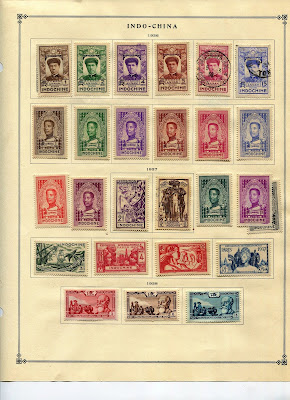 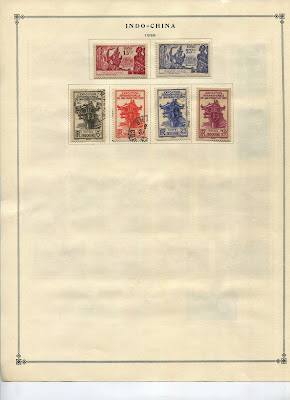 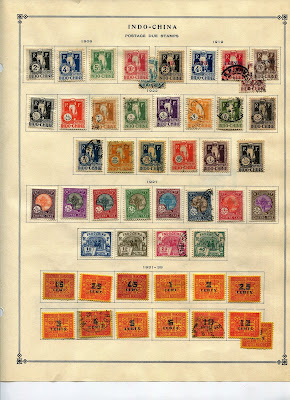 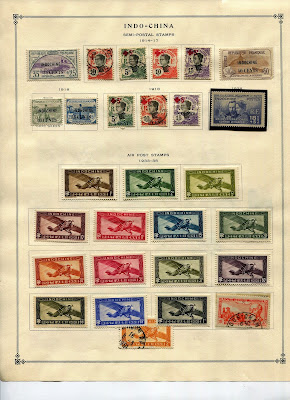 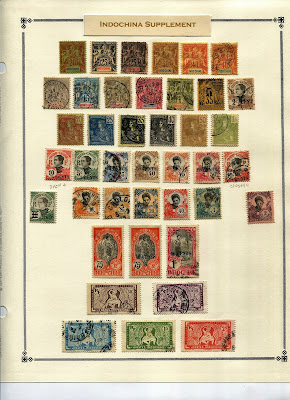 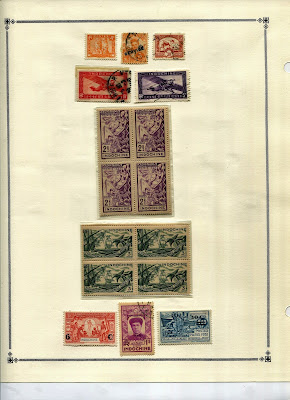 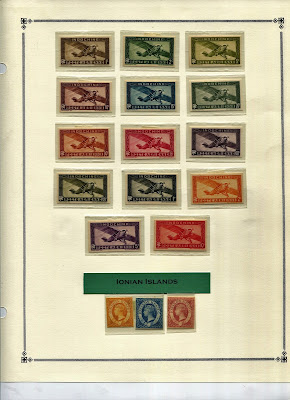 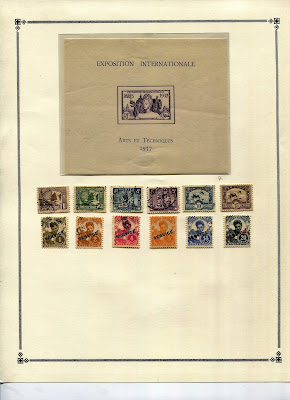